The European Union has long been wary of Israeli settlements in the occupied Palestinian territories. Indeed, its position on the issue would seem to leave little room for doubt. The Israeli outposts, the EU maintains, are "illegal under international law, constitute an obstacle to peace and threaten to make a two-state solution impossible."

According to a new report released by 22 European non-governmental organizations, however, that is only part of the story. Even as the EU condemns Israel for maintaining and expanding the settlements, the 27 member states, by virtue of heavy trade with the settlers, are actually helping the illegal towns and villages to prosper.

Assembled under the aegis of Hans van den Broek, a former European Commissioner for External Relations, the report is entitled: "Trading Away Peace: How Europe helps sustain illegal Israeli settlements." It states that European countries import fully 15 times more goods from settlements each year than they do from Palestinian territories. In absolute terms, the Israeli government estimates that goods -- including fruit, vegetables, cosmetics, textiles and toys -- worth €230 million ($298 million) are exported to the EU from settlements each year, roughly 2 percent of all Israeli exports to Europe. Products sent to EU member states from the Palestinian territories, on the other hand, only add up to an average of €15 million each year.

The EU has signed international customs cooperation agreements with both Israel and the Palestinian Authority, but products from the settlements are explicitly excluded from those deals, as the European Court of Justice confirmed in a 2010 ruling. Nevertheless, the goods often avoid mandatory customs by being marked as having originated in Israel. European customs authorities are nevertheless obligated to check the postal codes of such deliveries to ensure that they do not come from the occupied territories. In practice, however, they rarely do.

Products coming from the Israeli settlements are competitive on the global market partially because of the massive state assistance farmers and producers in the occupied territories receive. Companies that put down roots in the settlements receive direct government subsidies and tax breaks. The government has also set up a fund to help companies pay customs penalties.

By purchasing products from the settlements, EU support for the Israeli outposts is mostly indirect. Sometimes, however, it is direct, as in the case of the Ahava cosmetics company, based in the illegal settlement of Mitzpe Shalem on the Dead Sea. As part of its research and development funding program, it awarded Ahava €1.13 million, according to the report.

And the harm to Palestinians, in some cases, is notable, for example in the Jordan Valley. There, according to the human rights organization B'Tselem, 10,000 settlers use a quarter of the water available to the 2.5 million Palestinians who live in the area. Much of that water goes toward the cultivation of fruit and vegetables that are then exported to Europe.

The European Union provides the Palestinians with massive amounts of support. Between 1994 and 2011, some €5 billion in development aid was sent by the EU according to the European Commission, €525 million of that in 2011. In addition, several EU member states send aid independent of EU funding.

The huge financial assistance, however, has not resulted in significant improvements in the Palestinian economy. In addition to widespread corruption within the Palestinian Authority and an inefficient administration, restrictions imposed by the Israeli occupiers also restrict trade. According to a United Nations report released in September, the Palestinian economy "has lost access to 40 percent of the West Bank, 82 percent of its groundwater and more than two-thirds of its grazing land" as a result of the occupation and the construction of settlements. Additionally, Palestinian farmers are not allowed to import certain types of fertilizers because they can be used to manufacture explosives.

The biggest problem, though, is the myriad obstacles preventing Palestinian goods from being moved easily. Before goods can leave Palestinian territories for Israel or other countries, they often have to pass through several checkpoints where they are examined, unloaded and even confiscated for a time. Potential customers cannot depend on reliable delivery.

By importing goods from Israeli settlements, the EU does its part to ensure that this status quo remains unchanged, according to the report. And it means that the EU is essentially making a mockery of its own foreign and development policy. As a consequence, the report's authors propose, all imports from Israeli settlements should be banned in Europe. At the very least, they argue, pressure should be increased on those companies that do trade with counterparts in the settlements.

The past has shown that pressure can actually have an effect. Last year, the Germany's national railway company, Deutsche Bahn, pulled out of the consortium constructing a high-speed rail link between Tel Aviv and Jerusalem after Germany's transportation minister highlighted the political nature of the project in a letter to Deutsche Bahn CEO Rüdiger Grube. In the letter, Transportation Minister Peter Ramsauer noted that the route was problematic "from the perspective of human rights" because it traveled for six kilometers (3.7 miles) through territory belonging to the Palestinians. 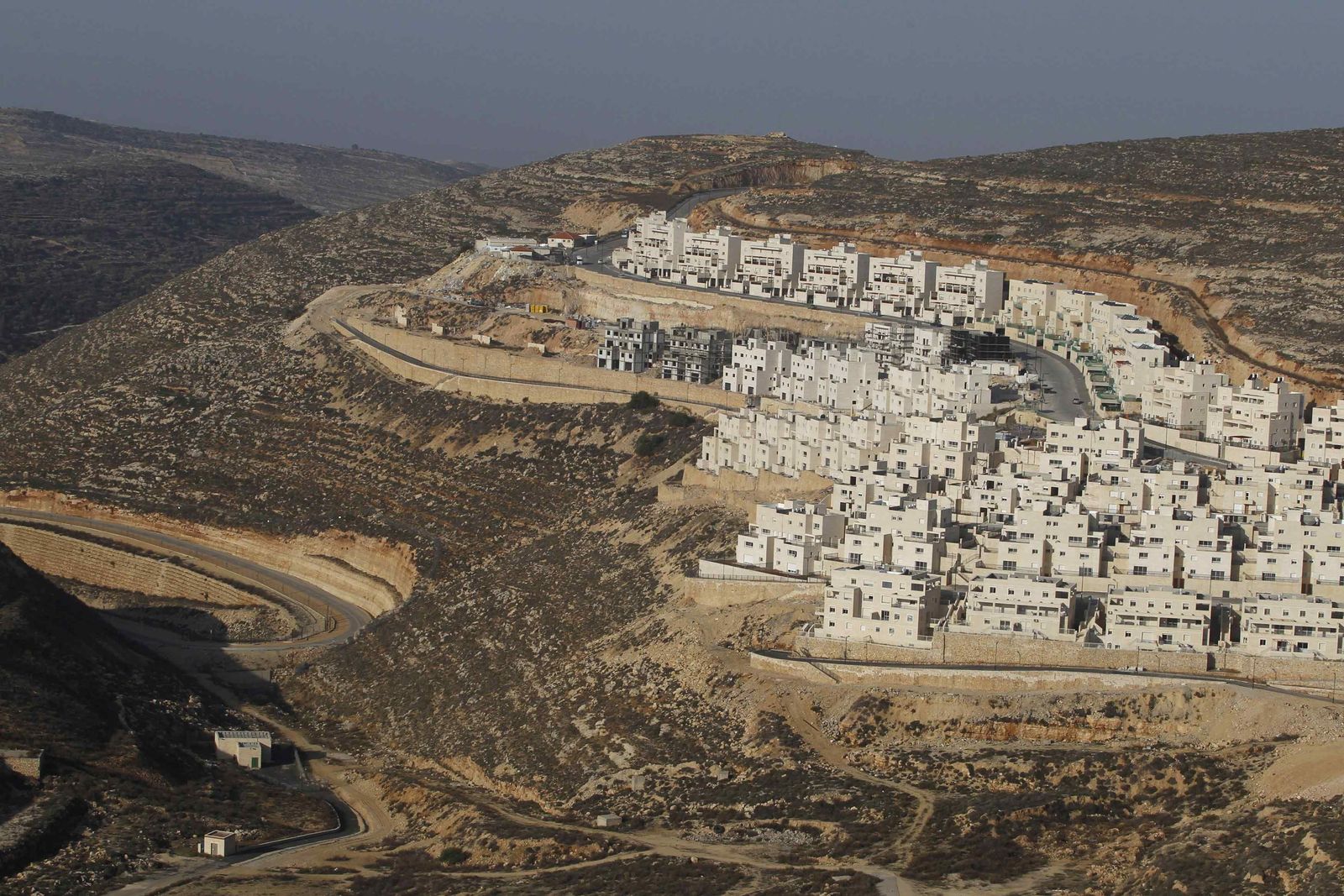