Israel is furious. New European Union guidelines preventing bloc funds from being distributed to Israeli institutions operating in settlements outside the country's 1967 borders have triggered protest from the highest levels. Both Israeli Prime Minister Benjamin Netanyahu and President Shimon Peres have criticized the ban and asked Brussels to reconsider.

On Friday, the day on which the EU officially published the new guidelines, it seemed as though the German Foreign Ministry may have been listening. Speaking with mass-circulation daily Bild, a spokeswoman from the ministry said that the European Commission "developed the guidelines on their own prerogative."

That, of course, is only partially true. EU foreign ministers approved the guidelines unanimously. But it may indicate that the vociferous protests from Israel, including several calls from Netanyahu to European leaders, are having an effect. While Netanyahu's office has refused to divulge the contents of those calls, Israeli media have reported that he asked his European counterparts to delay the implementation of the guidelines, which are currently scheduled to go into effect at the beginning of 2014.

The complaints, though, have fallen on deaf ears in Brussels. On Friday, EU foreign policy chief Catherine Ashton released a statement saying the guidelines "reiterate the long-held position that bilateral agreements with Israel do not cover the territory that came under Israel's administration in June 1967." It also states: "It has been the EU's long-held position that it will recognize changes made to the borders once agreed by both parties."

In other words, the EU isn't budging.

The guidelines themselves are not likely to result in massive changes to the EU's presence in Israel. They merely stipulate that institutions based in Israeli settlements in the West Bank, Golan Heights and East Jerusalem are not eligible to receive grants, prizes or other financial instruments funded by the common European Union budget as of Jan. 1, 2014. The document published on Friday clearly states that "the EU does not recognize Israel's sovereignty over any of the (occupied) territories."

The spat between the EU and Israel comes as the US is making a major push to encourage the Israelis and the Palestinians to resume peace negotiations. US Secretary of State John Kerry was in the Middle East on Thursday in an attempt to facilitate talks, and he was backed by a strong statement from the White House urging Netanyahu to work with Kerry "to resume negotiations with Palestinians as soon as possible."

With the Palestinians demanding preconditions that are unpalatable to the Israelis, it seems unlikely that negotiations will begin anytime soon. But Israeli President Peres suggested that the EU ban could also have a negative effect on the push. On Thursday, he said that the EU should "give priority to peace" and added that the regulations "could cause another crisis."

Despite the doomsday tone, however, Peres' comments were a far cry from the sharp words chosen by members of the Netanyahu government earlier in the week. "This is a decision marked with racism and discrimination against the Jewish people that is reminiscent of boycotts against the Jews from over 66 years ago," said Construction and Housing Minister Uri Ariel, according to a report earlier this week in the Jerusalem Post. A deputy minister and close ally of Netanyahu's, Ofir Akunis, said that "steps like this, before the Palestinians even said they are ready to return to negotiations, push talks away and do not bring them closer." He added, referring to the West Bank, that "Judea and Samaria are not occupied, they are the cradle of the homeland of the Jewish people."

According to an Israeli government official, Israel called in ambassadors from Britain, France and Germany on Friday to discuss the EU guidelines and to warn that they could trigger a serious crisis between the EU and Israel. "We have asked the ambassadors to inform their capitals that no Israeli government can accept the aforementioned guidelines," an unnamed Israeli diplomat told the news agency AFP on Friday.

Still, the frustration in Israel was not unanimous this week. Several center-left parliamentarians said the EU move was a wakeup call for the Netanyahu government to move forward with peace negotiations. "Prime Minister Netanyahu must immediately start negotiations with the Palestinian Authority and work toward a final agreement," Shelly Yacimovich, a leading parliamentarian with the Labor party, said according to the Jerusalem Post.

EU foreign policy chief Ashton was eager on Friday to emphasize that Europe remains dedicated to peace talks in the Middle East. "The EU is deeply committed to Israeli-Palestinian negotiations and fully supports Secretary Kerry's intense efforts to restart negotiations at a particularly delicate stage," she said in her statement. "In this way, the EU hopes to further contribute to an atmosphere conducive to a meaningful and sustainable negotiation leading to a peace agreement between the parties." 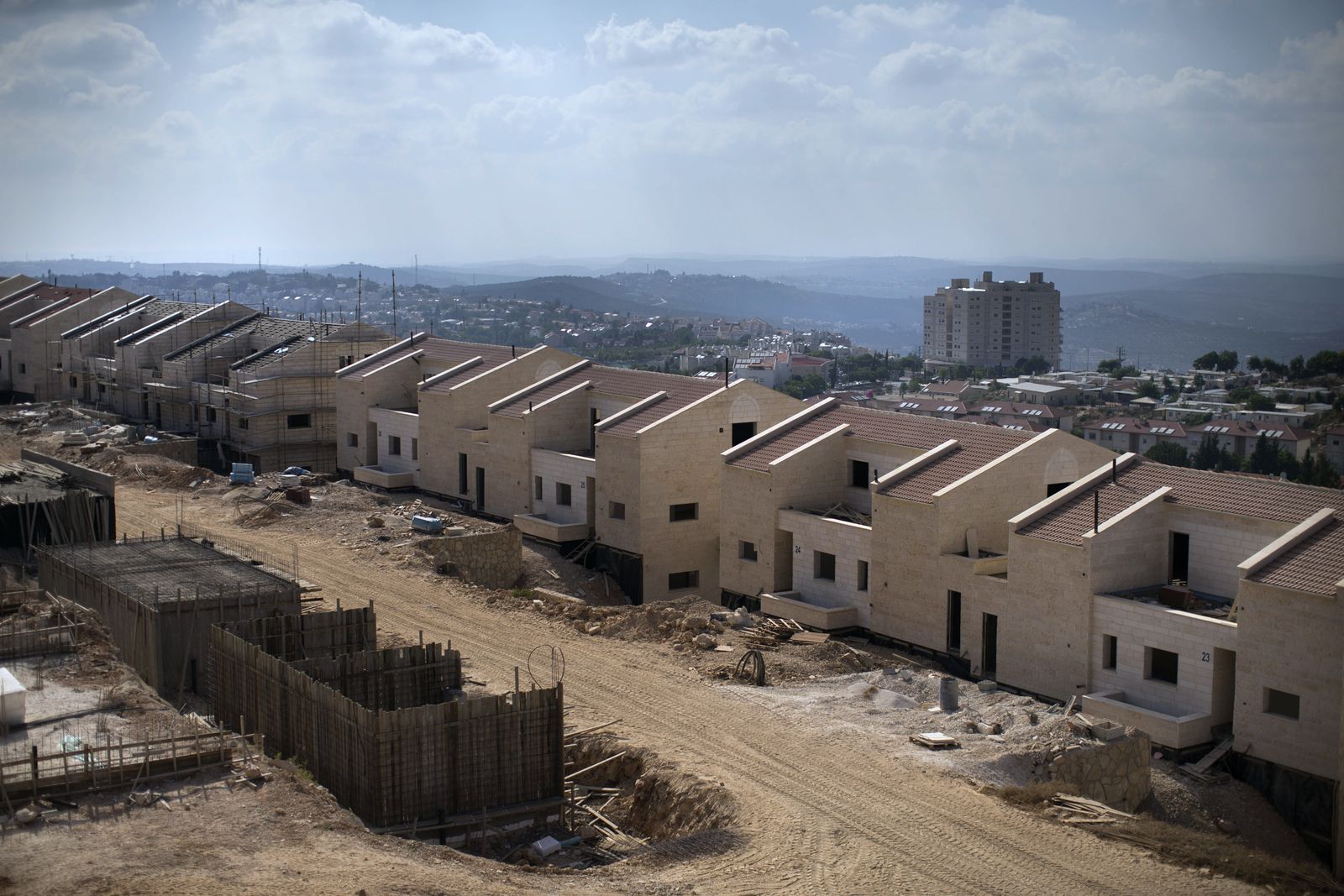 A new neighborhood being built in the West Bank settlement of Ariel.