The ambassadors of the 28 European Union member states had agreed to secrecy. "Under no circumstances" should the public learn what was said at the talks that took place on March 23rd, the European Commission warned during the meeting of the Permanent Representatives Committee. A staff member of EU High Representative for Foreign Affairs Federica Mogherini even warned that Europe's reputation could be at stake.

Under the heading "TOP 37: Country fiches," the leading diplomats that day discussed a plan that the EU member states had agreed to: They would work together with dictatorships around the Horn of Africa in order to stop the refugee flows to Europe -- under Germany's leadership.

When it comes to taking action to counter the root causes of flight in the region, German Chancellor Angela Merkel has said, "I strongly believe that we must improve peoples' living conditions." The EU's new action plan for the Horn of Africa provides the first concrete outlines: For three years, 40 million ($45 million) is to be paid out to eight African countries from the Emergency Trust Fund, including Sudan.

Minutes from the March 23 meetings and additional classified documents obtained by SPIEGEL and the German public television station ARD show "Report Mainz" show that the focus of the project is border protection. To that end, equipment is to be provided to the countries in question.

The International Criminal Court in The Hague has issued an arrest warrant against Sudanese President Omar al-Bashir on charges relating to his alleged role in genocide and crimes against humanity in the Darfur conflict. Amnesty International also claims that the Sudanese secret service has tortured members of the opposition. And the United States accuses the country of providing financial support to terrorists.

Nevertheless, documents relating to the project indicate that Europe want to send cameras, scanners and servers for registering refugees to the Sudanese regime in addition to training their border police and assisting with the construction of two camps with detention rooms for migrants. The German Ministry for Economic Cooperation and Development has confirmed that action plan is binding, although no concrete decisions have yet been made regarding its implementation.

The German development agency GIZ is expected to coordinate the project. The organization, which is a government enterprise, has experience working with authoritarian countries. In Saudi Arabia, for example, German federal police are providing their Saudi colleagues with training in German high-tech border installations. The money for the training comes not directly from the federal budget but rather from GIZ. When it comes to questions of finance, the organization has become a vehicle the government can use to be less transparent, a government official confirms.

An important refugee route runs through Sudan, Africa's third largest country. Migrants from Eritrea, Somalia, the Democratic Republic of Congo and the Central African Republic all seek to make their way via Khartoum to Libya, where they catch boats to Europe. The United Nations says that there are currently 4 million people in flight in the area.

In recent years, Europe has delegated responsibility for those seeking protection to third countries, like Morocco, Ukraine and, more recently, Turkey. Now, with al-Bashir, the job of controlling migration is being turned over to a suspected war criminal. "A regime that destabilized the region and drove hundreds of thousands of people to flee is now supposed to stem the refugee problem for the EU," criticizes Marina Peter, an expert on the Horn of Africa region at the German relief organization Bread for the World.

The plan is also controversial within the EU. The "risks" listed in the action plan includes the fact that equipment financed by the Emergency Trust Fund could be abused by repressive regimes and used in the oppression of the civilian population. A general with Sudan's Interior Ministry told SPIEGEL and ARD that technology would not just be used to register refugees, but also all Sudanese. The regime's goal appears to be the absolute surveillance of its people.

Can Sudan Be a Serious Partner?

Experts like Peter also express doubts about whether Sudanese leader al-Bashir is prepared to take serious action against migrant smugglers. Human Rights Watch has claimed in reports that the Sudanese regime itself works together with criminal networks. The report alleges that the police and military have sold refugees to human traffickers. The European Commission, meanwhile, has warned EU ambassadors in a classified memo that Sudan is primarily interested in polishing its image abroad.

Germany and the other EU member states nevertheless seem determined to push ahead with their pact with the despot. Sudanese authorities say there have been numerous visitors from Germany in recent weeks who were there to discuss the construction of closed camps. When questioned about its role, Germany's GIZ issued a written reply that there were no concrete plans in the country yet. 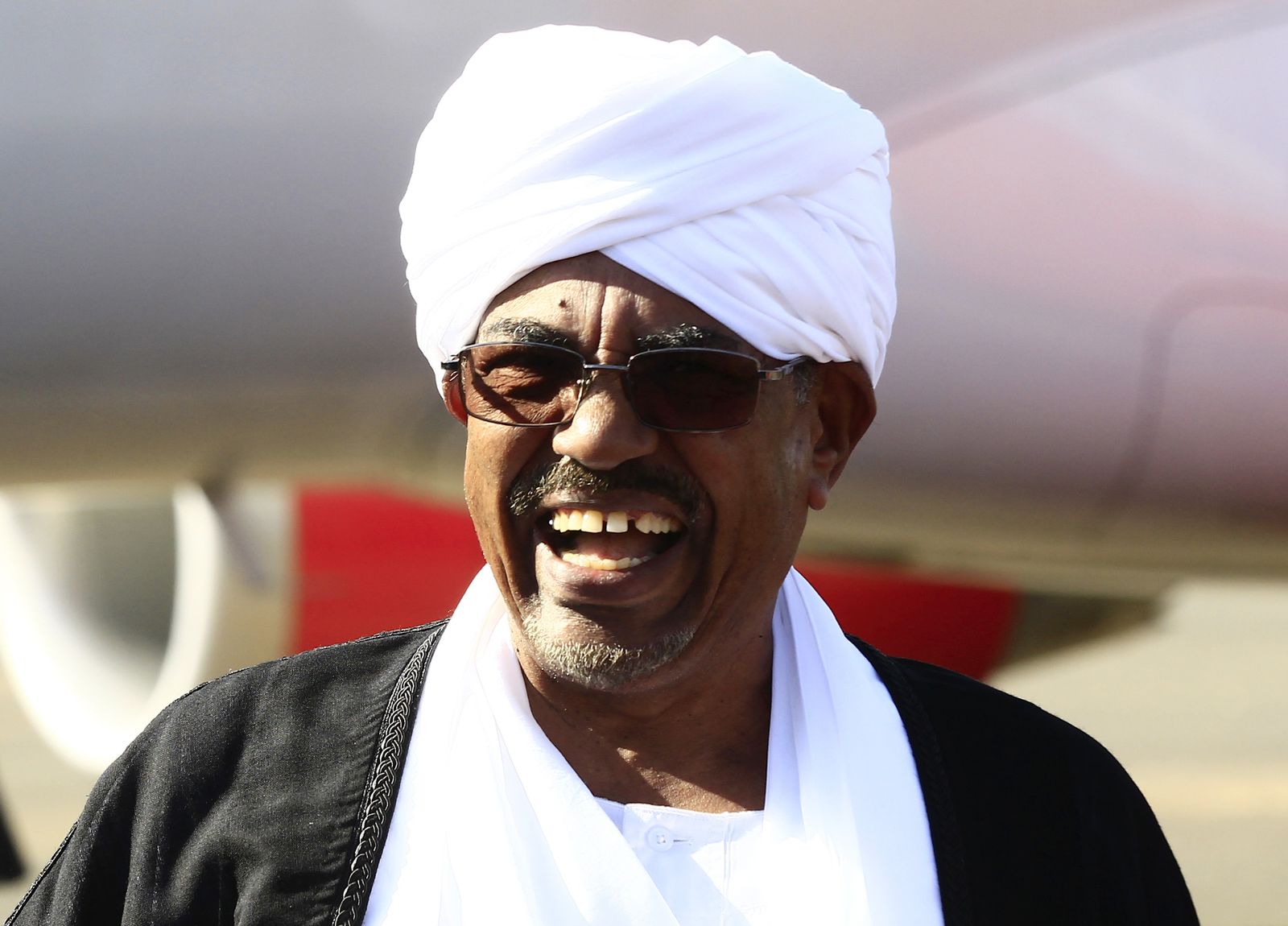 Sudanese President Omar al-Bashir may be Europe's next partner in fighting migration from Africa. He's wanted on war crimes charges. 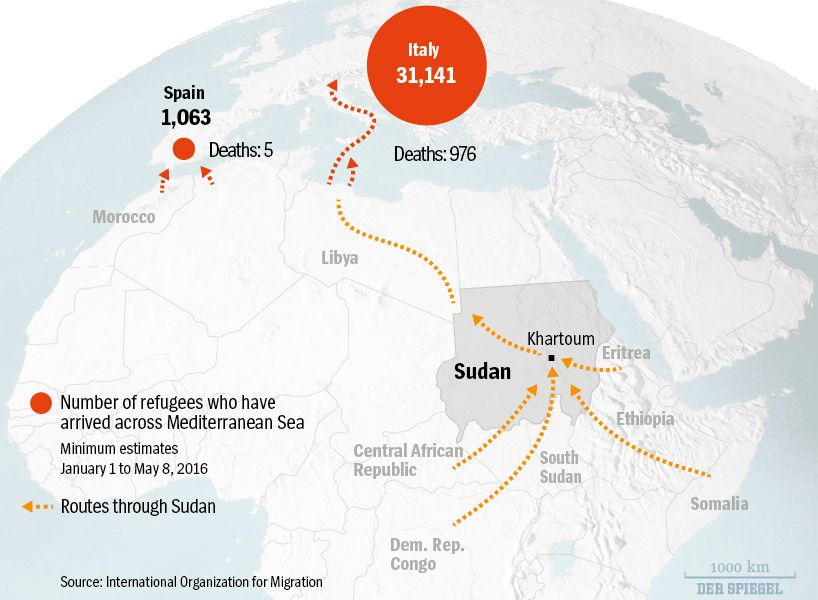