The future of a joint European foreign and security policy might soon be decided in the Strait of Hormuz, a sea passage between Iran and Oman, and one of the most important oil transport routes in the world.

Is the European Union an actor on the world stage? Or is it disjointed and paralyzed? In the conflict between the United States and Iran, the Europeans want to play the role of mediator. But now, they are increasingly being dragged in, and might be crushed between U.S. President Donald Trump and the Iranian leadership.

Shipping traffic in the Persian Gulf and the Strait of Hormuz has been negatively impacted since May because of Iran's provocations. There have been explosions on freighters that Washington has blamed on the Iranians, and on July 19, the Iranian Revolutionary Guard boarded the Stena Impero, an oil tanker operating under a British flag in the Strait of Hormuz, in response to the British decision to detain a tanker carrying unrefined Iranian oil near Gibraltar.

Since then, European leaders have been worrying about how to respond to Iranian provocation and how to secure shipping traffic in the Strait of Hormuz. How can Tehran be stopped and European interests be protected without simultaneously exacerbating the danger of war?

Making matters even more complicated is the fact that Boris Johnson has just taken over as prime minister in London and is steering the country towards a hard Brexit in approximately 90 days, with only the British parliament able to stop him.

Thus far, London has been one of the so-called E3, the main European actors trying to salvage the international nuclear deal with Iran alongside Berlin and Paris after the U.S. turned its back on the deal. But could Johnson become the kind of steadfast ally to Trump that Tony Blair was to George W. Bush during the 2003 Iraq War?

It has already become clear that London will likely become more dependent on Washington in the future, and that, if a no-deal Brexit comes to pass, it would need to orient itself more towards Trump's wishes.

Berlin is therefore trying to involve Spain, and maybe also Italy and Poland, more closely in the Iran negotiations. If Trump succeeds in splitting up the European front, there will be hardly anyone left who can stop the spiral of escalation with Iran. After the U.S. withdrawal from the deal, the EU tried to encourage the Iranians to stick to the agreement. But despite their assurances, the Europeans haven't been able to compensate for the massive economic losses incurred by the Iranians because of U.S. sanctions.

"The government in Tehran still believes in the value of a functioning nuclear agreement," says Adnan Tabatabai, Iran expert at Carpo, a German think tank focused on the Middle East. "It is now testing what is more realistic: a return to the agreement or doing without it and figuring out a way with the Americans to secure Iranian oil sales."

As a result, the U.S. and Iran are simultaneously pursuing a policy of escalation -- with both sides hoping the other will blink first.

There are now two competing plans for securing trade through the Strait of Hormuz: First, the U.S.-led "Operation Sentinel" and, second, a European maritime mission.

The U.S. plan initially seemed dead on arrival. When the Pentagon presented it in June, no country signed on -- hardly a surprise given that "Sentinel" is a seemingly terrible deal for potential partners. Unlike during the so-called "tanker war" in the 1980s, when U.S. warships escorted the freighters of its Kuwaiti allies, "Sentinel" is not an alliance of nations operating in solidarity with one another: Washington made it clear that every country would remain responsible for its own ships. The U.S. only wanted to share reconnaissance information with partners.

The second idea, a joint European mission led by France and the United Kingdom, seemed much more realistic. But the American "Operation Sentinel" now seems to be winning out over the European variant. The reason: The change in government in London has given the U.S. plan new momentum with Johnson's government now leaning towards adopting it, according to suggestions made by British representatives during a meeting in Florida on July 25. For Trump, who is eager to divide the Europeans, that would be a significant victory. It would also represent an about-face by Johnson that would alienate other Europeans. After all, it was London itself that initially proposed the idea of an EU maritime mission, though the proposal was made back when Theresa May was still prime minister.

The U.S. doesn't have many allies for its plan at this point: Aside from London, only South Korea has thus far signaled that it would like to take part -- which makes sense given that country's dependence on Trump in the conflict with North Korea. Paris and Berlin, for their parts, have already rejected participation. And even the Poles, who are otherwise ready to stand alongside Trump, have said they would at most provide political support.

Gulf countries are also hesitant. The United Arab Emirates, previously a vociferous critic of Iran, are seemingly backing away from Trump. An Emirati delegation visited Iran last week to discuss security in the Gulf and there is a lot at stake in the conflict with Iran for the small Arab Gulf states. The Strait of Hormuz is their primary export route and they also have no significant navy presence or missile defense systems to protect themselves.

The second plan, a European-led mission, has been made much less likely by Johnson's lurching trajectory. Members of the German government are likely relieved, given that a EU mission would have provoked political tension within the governing coalition between the center-right CDU and center-left SPD: Leading representatives of the SPD parliamentary group have already spoken skeptically about such a deployment.

But the German government will under no circumstances take part in a U.S.-led mission in the Persian Gulf. That much is clear, even if the messages from Foreign Minister Heiko Maas (SPD) and Defense Minister Annegret Kramp-Karrenbauer (CDU) clearly differ. The federal government believes such a deployment would not fit into the Iran policy it has pursued to this point -- a policy that rejects Trump's "maximum pressure" strategy and aims at remaining committed to the nuclear deal with Iran. Berlin is also concerned that the U.S mission could lead to military escalation in the conflict.

It remains possible, however, that a request might still come from Paris. The Defense Ministry in Berlin has received indications that the French are still planning their own mission, one that would certainly be helped by the fact that France has maintained a military base in Abu Dhabi, right on the Strait of Hormuz, for the last 10 years. And if the French were to ask for support, it would be hard for the German government to say no.

Defense Minister Kramp-Karrenbauer made it clear during her inaugural visit to NATO on Wednesday that the German parliament, the Bundestag, would first need to approve any German involvement. According to the applicable ruling by the German Federal Constitutional Court, such a deployment would only be allowable in the context of a "system of collective security." It remains unclear if a coalition of the willing under EU leadership would be consistent with the constitution.

At the moment, two German warships are operating in the eastern Mediterranean: the Ludwigshafen am Rhein, a corvette near the Lebanese coast, and the Hessen, a frigate in the Aegean. In late September, a P-3C Orion reconnaissance aircraft will take up its duties in Djibouti. The two ships and the airplane are currently involved in international missions, but they could be redeployed if necessary.

While the Germans continue to wait, Britain has already mobilized its navy. In addition to the frigate HMS Montrose, the destroyer HMS Duncan is now set to accompany British ships through the strait between Iran and Oman. The British may once have ruled the seas, but these days, only about half of Britain's significant warships -- seven frigates and three destroyers -- are even deployable at the moment. The rest are in maintenance.

Despite the UK's apparently planned participation in "Operation Sentinel," Johnson doesn't seem to have completely abandoned European consensus. The British prime minister continues to abide by the nuclear deal with Iran, even despite massive pressure from Washington. But Johnson is seen as unpredictable.

The new British prime minister has previously made grave mistakes in his dealings with Iran. As foreign secretary, he claimed falsely that Nazanin Zaghari-Ratcliff, a British-Iranian citizen who was arrested in the Islamic republic, had taught journalism there. This lent support to Iranian accusations that she had spread "propaganda" and thus created an additional danger for Zaghari-Ratcliffe. She was arrested in 2016 during a vacation in Iran and remains in detention there.

Tehran has already said that it would view the stationing of additional warships in the Gulf as a provocation. But Iran continues to send contradictory messages. On the one hand, the Revolutionary Guard has proudly disseminated videos of its storming of the Stena Impero, but on the other hand, high-ranking government representatives are making new calls for negotiation. Iranian Foreign Minister Mohammad Javad Zarif suggested in July that Iran could ratify an additional advance protocol that would expand inspections of its nuclear installations. Tehran is apparently trying to sound out the U.S. position.

Last week, the U.S. upped the pressure further by implementing sanctions against Zarif. The foreign minister, who is considered one of the architects of the nuclear deal, is "the face of the regime," Washington said. The Europeans responded by immediately announcing their intention to continue working with Zarif. 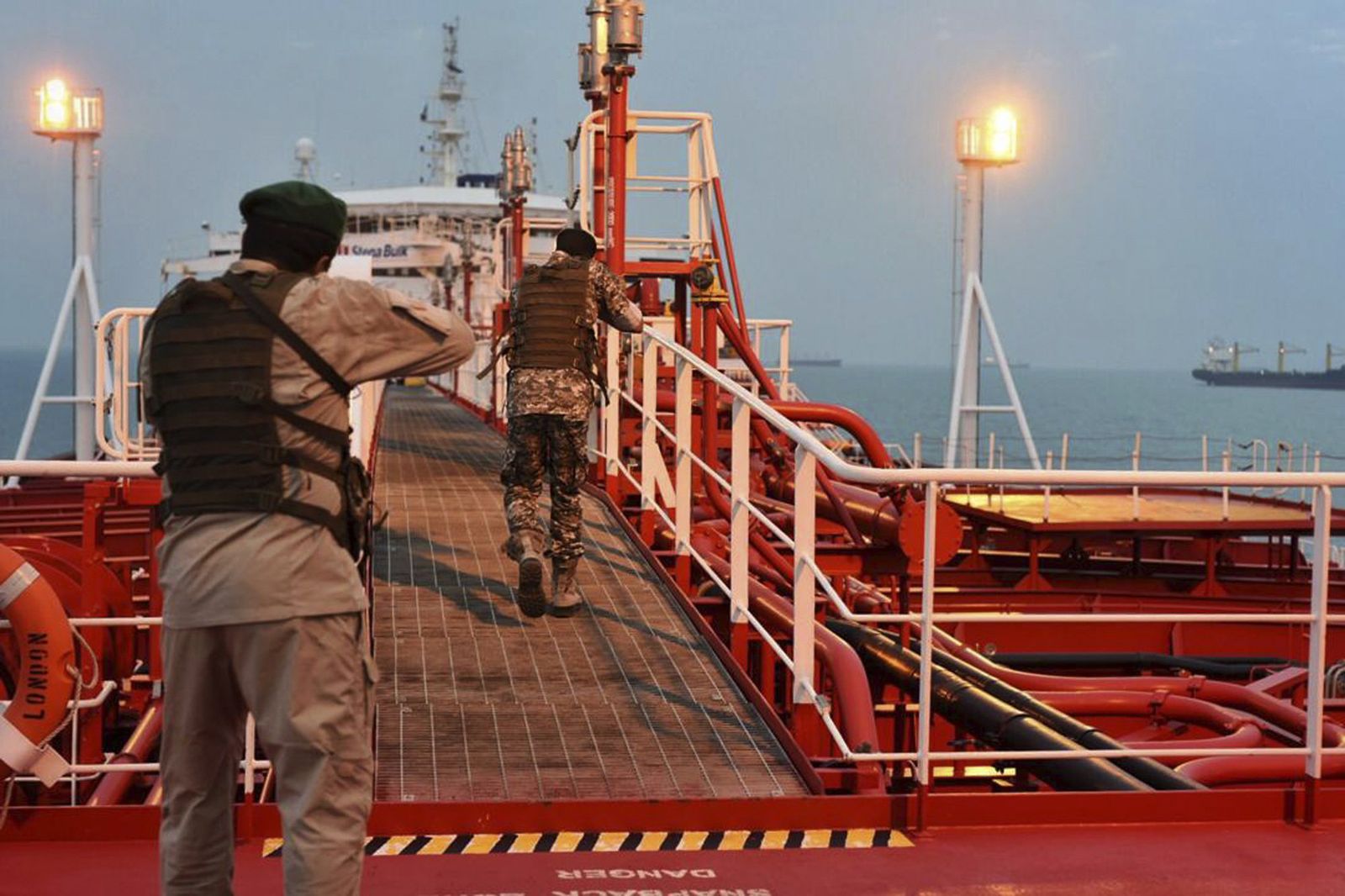 Members of the Iranian Revolutionary Guard storming the Stena Impero . 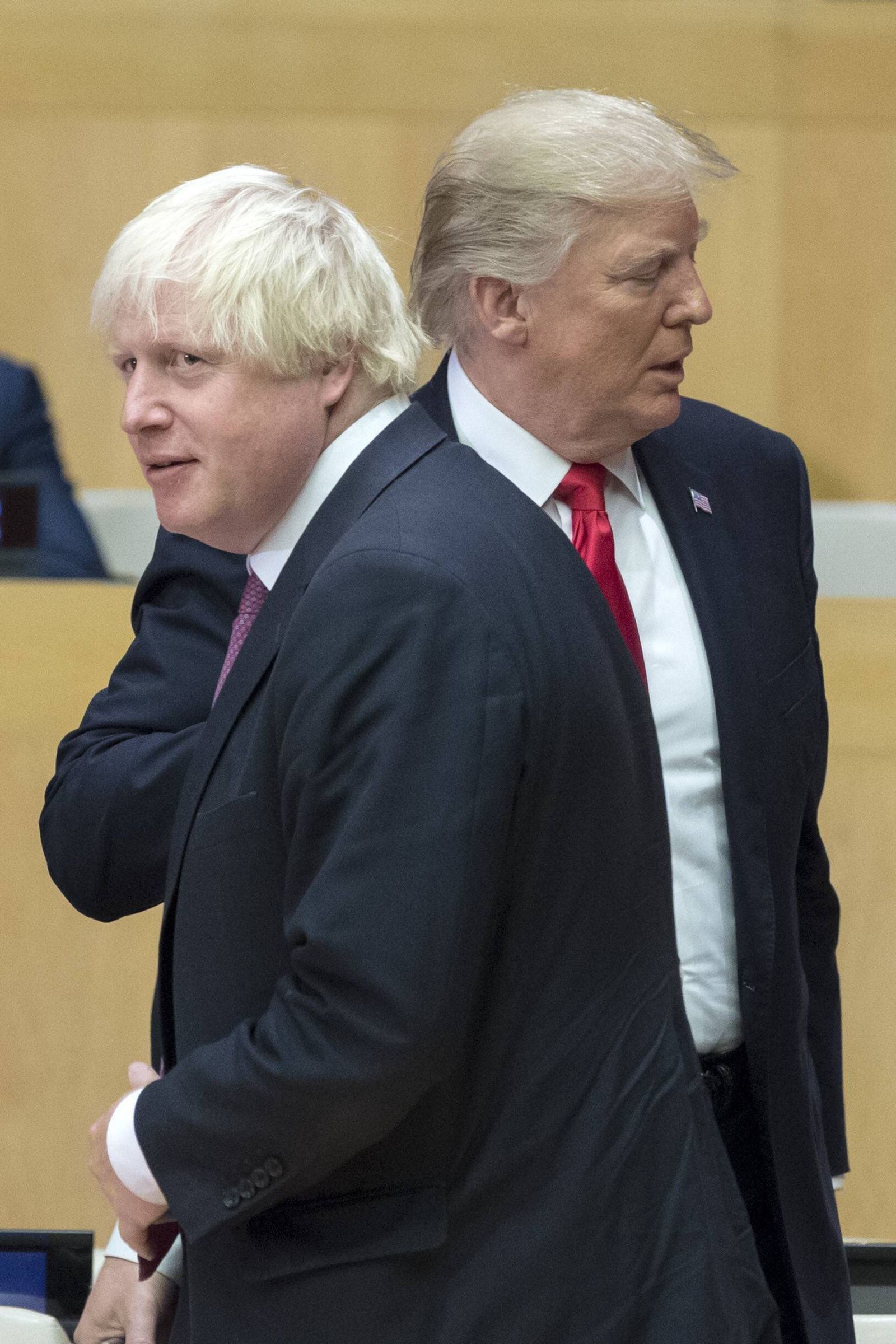 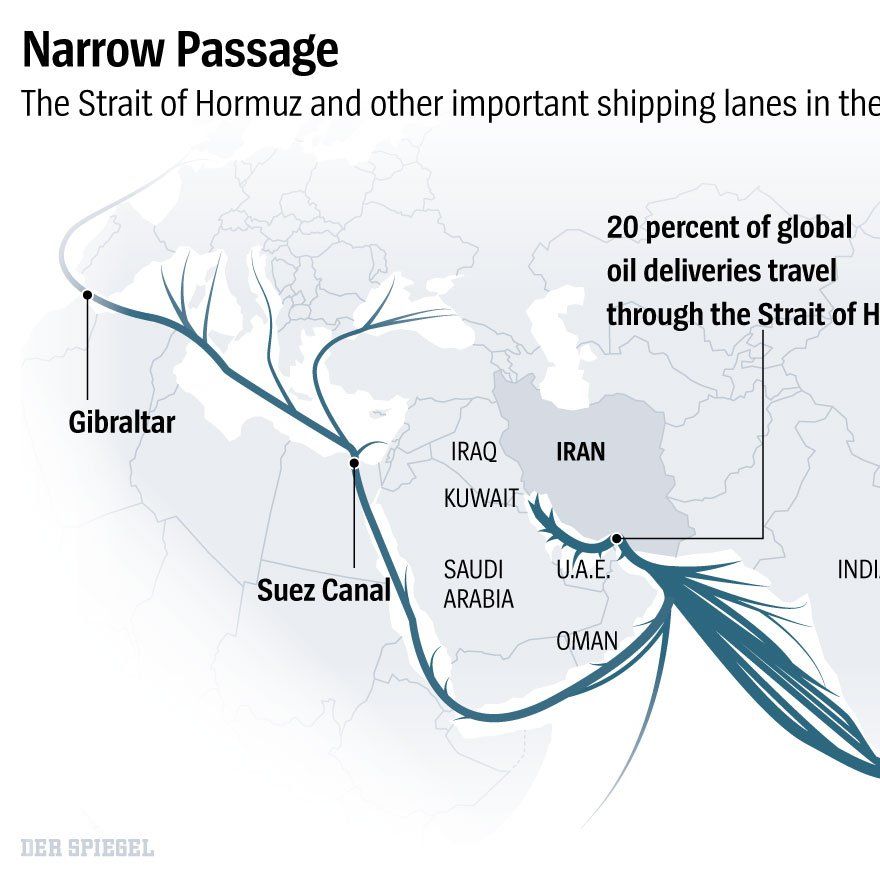