When Donald Trump appeared before the White House press corps on Tuesday morning local time, diplomats in Berlin had already long given up hope. They may not have received many details from Washington in the past few days about the impending decision. Yet Trump's decision to turn his back on the Iran deal was already certain. The only surprise was his extremely aggressive tone.

The European rescue missions, the last-minute trips by French President Emmanuel Macron and Chancellor Angela Merkel, the warnings and appeals, were to no avail. For weeks EU emissaries had tried to negotiate in Washington, offering new supplementary agreements to the Iran deal designed to placate Trump. But nothing worked.

Despite the frustration, the only thing left to the Europeans was to look ahead. And on Tuesday, in anticipation of Trump's announcement, Berlin, Paris and London spent the day crafting a joint statement. Their hope is to keep the deal with Iran alive even with the exit of the United States - but now as a deal between the other UN Security Council powers of Great Britain, France, China and Russia in addition to the European Union.

The statement is combative: "Our governments remain committed to ensuring the agreement is upheld, and will work with all the remaining parties to the deal to ensure this remains the case." The United States is directly urged not to take any measures in opposition to the countries that want to retain the deal.

The positions couldn't be further apart. Trump announced that the U.S. would immediately impose tougher sanctions. The so-called E3, made up of Great Britain, France and Germany, reassured Tehran of "the continuing economic benefits to the Iranian people" if the country kept to the agreement and allowed international observation to continue.

The Europeans' plan is driven by fear of escalation in the Middle East: Iran could immediately ramp up its nuclear program if the deal collapsed, leading to the nightmare scenario of a military intervention by Israel. The Middle East would then certainly descend even further into chaos.

Europe's emergency solution is based on the idea of appeasing Iran, at least for a while, in order to prevent it from doing anything ill-advised. Europe, of course, can't prevent the U.S. from ramping up economic sanctions against Iran, but Germany, France and Great Britain don't have to follow Trump's line.

Brussels hopes that Europe's refusal to reactivate sanctions against Iran will be seen in Tehran as a signal of goodwill. If European companies continue to trade with Tehran, the economic consequences of the U.S. exit from the deal would then be less harsh than some fear.

Some diplomats are considering further steps. There is talk of offering financial protections to EU companies doing business in Iran to protect them from U.S. sanctions. Last week, some EU states discussed this in Rome, though large multinationals with subsidiaries in the United States are hardly going to be lured by such reassurances.

No one can promise that these emergency measures will work. Economic experts are certain that the re-imposition of U.S. sanctions will mean a radical reversal of Iran's modest recovery. Large deals, such the modernization of the country's dilapidated aircraft fleet, will likely collapse. Smaller deals can't make up for such losses.

Furthermore, Trump has made it clear that he won't allow U.S. partners to do their own thing when it comes to Iran. Shortly after the White House speech, the new U.S. ambassador to Germany, Richard Grenell, tweeted: "German companies doing business in Iran should wind down operations immediately."

It's difficult to say how long the EU has. Hardliners in Iran have long been critical of President Hassan Rouhani for signing the deal with the U.S. and now that pressure will only grow. Now that Iran has to deal with a new sanctions regime, and now that Rouhani looks like the deal's loser, the headwinds are likely to become severe.

Rouhani is doing his best to project calm. "We now have a deal with five states instead of six," he said following Trump's speech. He would now speak with the Europeans, he said. He made it clear, however, that Iran could revive its nuclear enrichment program if push comes to shove. 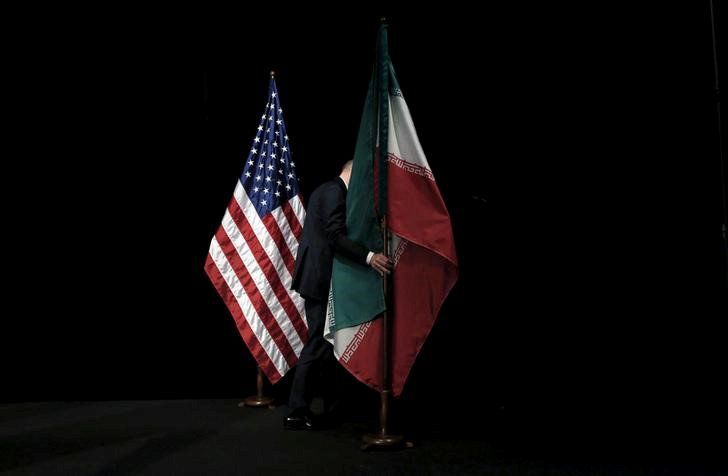 Europe is looking for options on Iran.