Gro Harlem Brundtland, 81, conducts the interview by telephone from her summer home in Norway. Even from there, she is still dialed into her international network and is in very high demand these days. The former director-general of the World Health Organization (WHO) and prime minister of Norway currently serves as the co-chair of the Global Preparedness Monitoring Board, a panel of experts that draws the attention of governments to the dangers posed by new infectious diseases. The think tank was founded by the WHO and the World Bank.

The report she presented last September had a prophetic character. "The world is at acute risk for devastating regional or global disease epidemics or pandemics that not only cause loss of life but upend economies and create social chaos,” it stated.

DER SPIEGEL: United States President Donald Trump has announced that his country, the largest contributor, will withdraw from the WHO. How much harm will this step do to the organization?

Brundtland: It would be a step that is counter to the interests of the United States. I would consider it completely wrong. And I am by no means sure that there will really be a complete withdrawal of the U.S. from the WHO.

Brundtland: Maybe, but the U.S. President is not omnipotent - there is still Congress in Washington, after all. Besides, there will be an election in half a year. Until then, it might be possible to stop payments. But I cannot and do not want to imagine a complete withdrawal, the termination of all legal obligations that come with membership.

DER SPIEGEL: And if it does happen?

Brundtland: Then other members will fill the gaps left by America. Germany, the European countries and many other states are very much aware that the world needs a global health organization and that they must make their contribution to it.

DER SPIEGEL: It is becoming increasingly clear that China withheld important information at the beginning of the outbreak. Trump and others accuse the WHO of colluding with Beijing. Was that the case?

Brundtland: There are reasons to criticize China. Those responsible there were too slow. They informed too late. Worst of all, it took them a long time to acknowledge that the infection was from human to human. This transmission was already clearly discernible on Jan. 1, as we now know, but China did not officially announce this until Jan. 20. A different question is whether it was a deliberate cover-up. China is a large country with many competing interests, not only between the provinces and Beijing. One has to look more closely at this in order to make a solid judgment.

DER SPIEGEL: Has the WHO allowed itself to get too close to China?

Brundtland: The WHO has tried to obtain as much information as possible as quickly as possible. In doing so, the organization is dependent on its member countries, because it has no powers of its own in these states. From the very beginning, WHO experts have been asking for more information from China. Would it have been wise to exert greater pressure on Beijing? It is difficult to say.

DER SPIEGEL: When you were the head of WHO, you did exactly that. When China stonewalled in 2003 after the outbreak of the SARS epidemic, you exerted pressure successfully.

Brundtland: At that time, there was no doubt that China wanted to cover up the epidemic. For weeks, we received no information, the head of our Beijing office was turned away with excuses. We knew some things from unofficial sources, but I had to speak up very clearly in public to make sure China would cooperate.

DER SPIEGEL: WHO Director-General Tedros Adhanom Ghebreyesus acted differently. In January, when China withheld important information about the virus, he praised the country. Did he overdo it?

Brundtland: Maybe. But his intention could have been to get China to cooperate more closely. The world has changed dramatically since 2003. China has become much stronger. Anyone who publicly criticizes the country, as I did then, today runs this risk that China will withdraw.

DER SPIEGEL: In September, as co-chair of the Global Preparedness Monitoring Board, you emphatically pointed out the dangers of a pandemic. What did you think when you learned a few months later about the infections caused by a novel coronavirus in Wuhan?

Brundtland: At first, I hoped that only animals would spread the disease. In mid-January, even before the official confirmation, observers of the situation didn’t doubt that infected people were contagious. I was immediately very worried. This was extremely bad news, one of the cases we had warned about.

DER SPIEGEL: Did you know at that moment that the world was facing a pandemic?

Brundtland: I was afraid that it might come to that. I assumed that the WHO would now very quickly declare the highest alert level, the "public health emergency of international concern.”

DER SPIEGEL: But then valuable time was lost before the WHO declared this emergency, on Jan. 30. Was it a mistake to hesitate?

Brundtland: There were differing opinions in the relevant group of experts as to whether the criteria were met. For the international control of the virus, it probably made no great difference whether this declaration was issued sooner or later. Most epidemiologists in the national health systems already knew before the WHO alert that we were dealing with a major risk.

Brundtland: I noticed that too, and I was a little surprised that the reactions were so slow all over Europe.

DER SPIEGEL: Were you concerned that European politicians underestimated the threat of COVID-19?

Brundtland: Yes. Because the disease spread all over the world and had long since reached our continent.

DER SPIEGEL: A few weeks later, the continent with the best national health systems became the center of the pandemic. How could this catastrophe have happened?

Brundtland: Europe made mistakes, too. Apparently, many of the people responsible were very optimistic about the efficiency of their healthcare system. And they obviously underestimated how contagious the new coronavirus is. Looking at my country, Norway: At first, the authorities thought they could track every single infection. It was not until around March 10 that five cases suddenly came to light, showing that we were dealing with an unknown chain of infection. Only then did the lockdown measures begin.

DER SPIEGEL: How do you assess the path your Swedish neighbors have taken? Instead of a lockdown, there were only recommendations. The corona death rate is now several times higher than in the other Nordic countries.

Brundtland: In Sweden, the government experts set the course and the politicians follow. But the Swedish hope that there would be a rapid herd immunity has not been fulfilled. Now, they are beginning to regret that they have not taken harder measures.

DER SPIEGEL: Asian countries like Taiwan, South Korea, Vietnam and Mongolia have prevented major outbreaks in their countries.  What can we learn from them?

Brundtland: They acted quickly and decisively. Their example shows us that personal freedom should sometimes take second place to healthcare for all.

DER SPIEGEL: What other lessons do you draw from the crisis caused by the coronavirus?

Brundtland: One important point concerns freedom of travel, especially in air travel. The international health regulations, to which the WHO must also adhere, hardly provide for any restrictions. We must reform and improve these rules. In the case of infectious diseases, there is no doubt that air travel plays a significant role in the spread of these diseases.

DER SPIEGEL: Could the next pandemic be even worse?

Brundtland: Unfortunately, yes. There could be a virus that is just as contagious as the coronavirus and has a higher mortality rate. We have to be better prepared, much better. 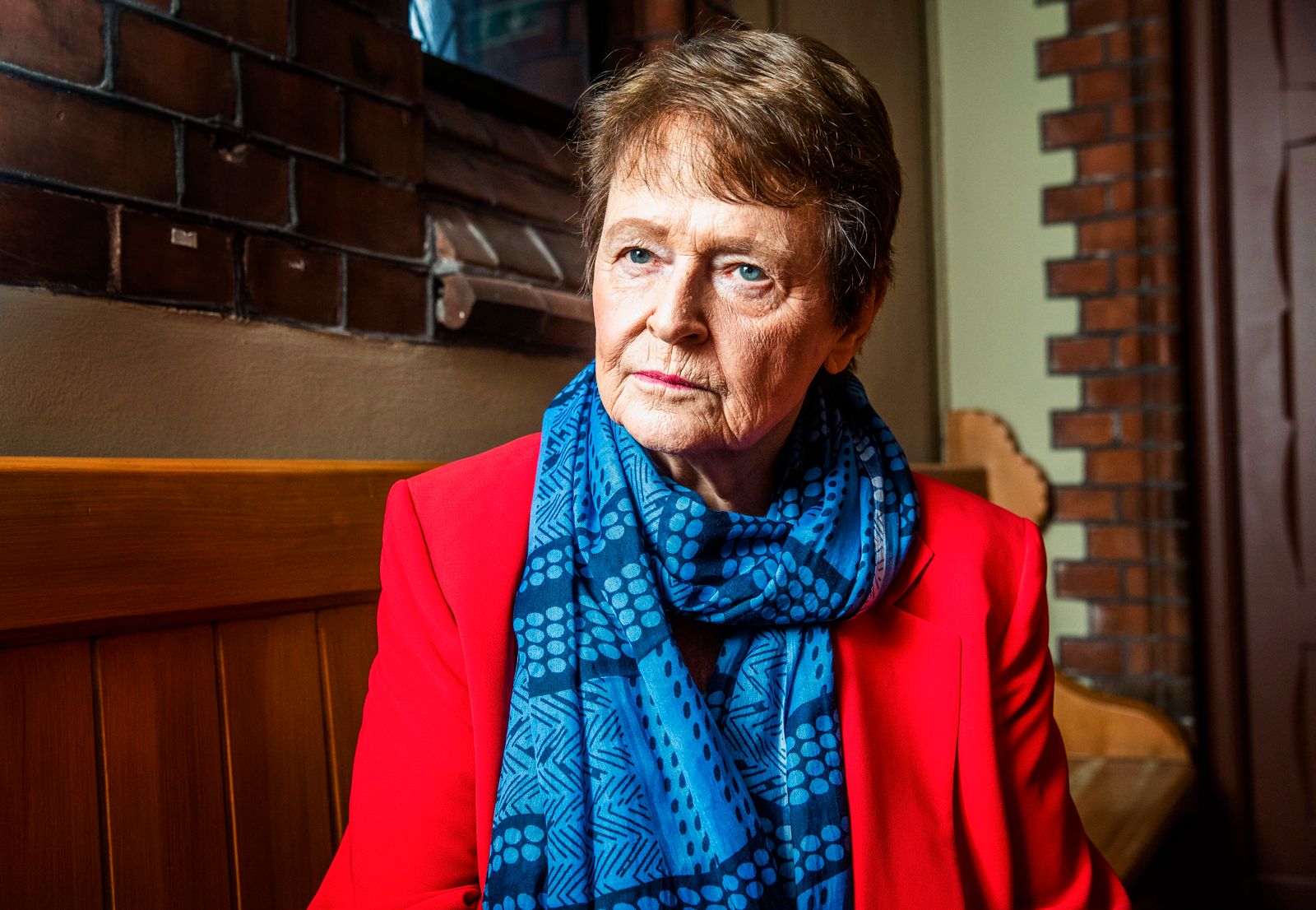 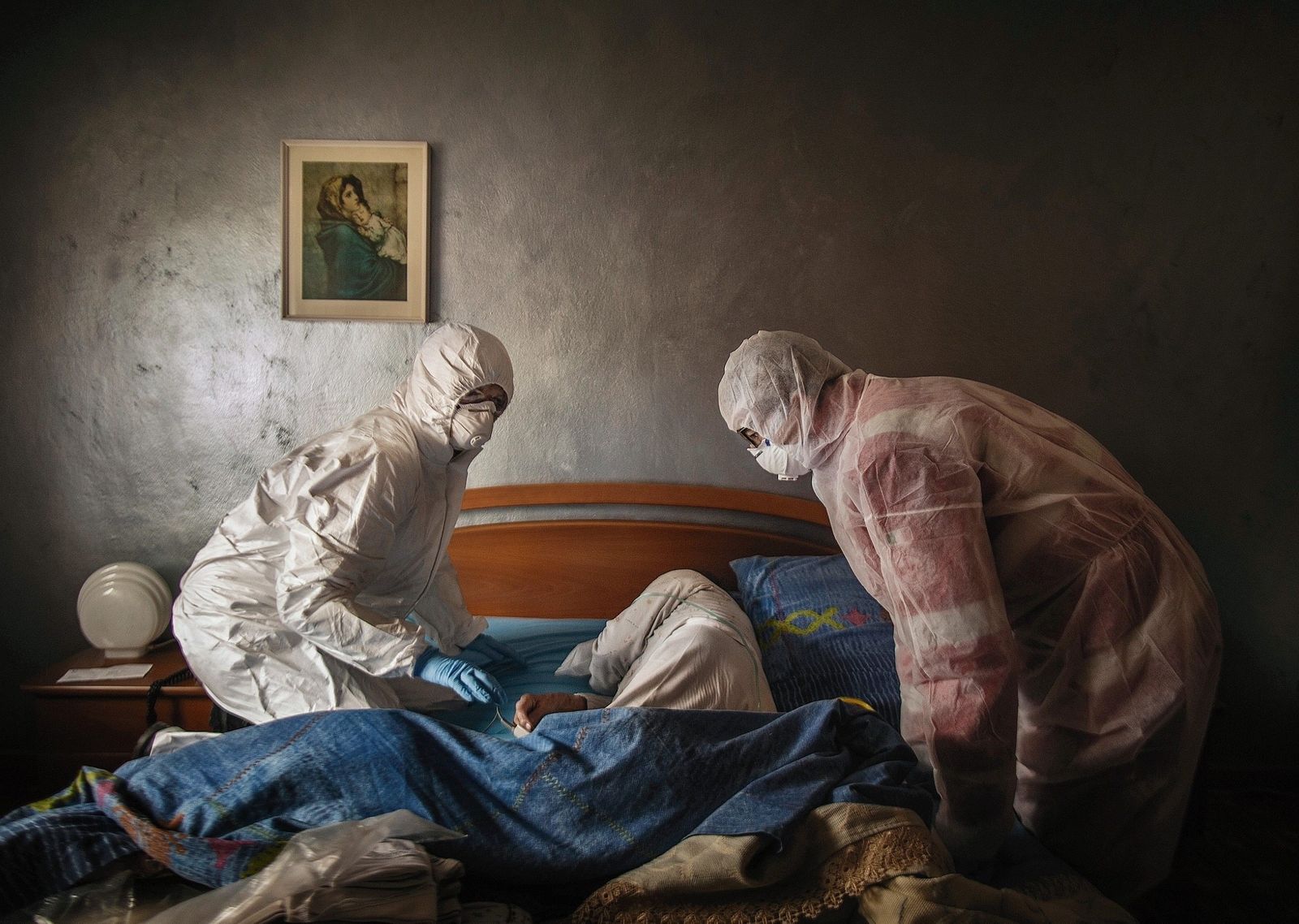 First responders attending to a patient with suspected COVID-19 symptoms in March in Northern Italy: Apparently, many of the people responsible were very optimistic about the efficiency of their healthcare system.