Complete dependence on someone makes you vulnerable to extortion. Back when the European Union sealed its refugee deal with Turkish President Recep Tayyip Erdogan earlier this year, some were concerned he would use the agreement as leverage. Now Turkey's government has done just that. The Turkish foreign minister has warned Ankara will terminate the deal if the European Union doesn't grant visa-free travel for Turkish citizens within months.

To be sure, there are good reasons to grant Turks a visa waiver. But right now, it's especially important that Europe insist Ankara first meet the criteria the EU has determined necessary for that waiver to happen. That includes a reform of Turkey's anti-terror laws, which the government has been using to imprison political opponents without due process. The EU must not let itself be blackmailed by Erdogan, whose autocratic tendencies became visible once again during the last few weeks.

Turkey is in a dangerous state of crisis after last month's failed coup. Europe -- correctly -- condemned the attempted takeover by parts of the army, and now it must work to ensure that Erdogan returns to the rule of law. Turkish democracy is endangered by the post-coup purge, which included the dismissals and arrests of tens of thousands of lawyers, judges, journalists and members of the military. At the same time, an anti-Western sentiment has taken root in Turkish politics and society. The government in Ankara wrongly accuses Europe and the United States of not condemning the coup strongly enough or of secretly having supported it. This type of thinking is what spawned the threat to scuttle the refugee deal.

It's uncertain whether Turkey will ultimately make good on its ultimatum. That wouldn't be a very wise move, even from a Turkish perspective. For one, Erdogan would lose his most important piece of supposed leverage. Turkey also depends on Europe for its economic development; the newly rediscovered friendship between Erdogan and Russian President Vladimir Putin offers no real alternative to the EU. But the Turkish president is an unpredictable actor and he doesn't always seem to act rationally.

If Turkey were to actually scrap the refugee deal, the consequences would likely be much less dramatic than many people fear. Sure, the flow of migrants to Europe would probably increase, but it's rather unlikely that tens of thousands of people would immediately start making their way to Europe. After all, it was the closure of the Balkan route -- not the deal with Turkey -- that was primarily responsible for staunching the flow of migrants heading north. Both measures together sent the message that the EU was no longer willing to accept uncontrolled migration to central Europe. More than anything, the refugee deal had symbolic power. To this day, Greece has not rejected a single Syrian who has applied for asylum. As of late July, only 468 people had been deported to Turkey. The announcement of the deal was sufficient -- it never had to truly come into force.

But no one can say what would happen if the agreement with Turkey were really terminated. For that reason, the EU must find its own alternative solution for dealing with refugees. Europe needs a Plan B without Erdogan, but two things must be considered: The kind of migration that we saw last year is not politically feasible in any European country, not even in Germany. Secondly, an equitable distribution of asylum-seekers across the entire EU in the future unfortunately seems unrealistic.

As long as things remain this way, there's only one option: The EU must use European funds to build refugee camps in Greece and Italy, where asylum applications can then be processed. This would, however, be a massive burden for the affected countries. At the same time, leaders of the EU member states need to create more opportunities for legal entry for asylum-seekers and compel at least some EU countries to accept refugees.

The worst-case scenario would be Greece turning into a bottleneck for refugees again. But it's more likely that many people will be deterred by the unattractiveness of crossing into Europe in the first place.

These are indeed depressing prospects, but the truth is that morally, it's not better to keep sending Ankara billions of euros in order to keep migrants in Turkey rather than accommodating them on European soil -- especially not when doing so puts you at the mercy of a man whose country could itself soon be the source of the next wave of political refugees. 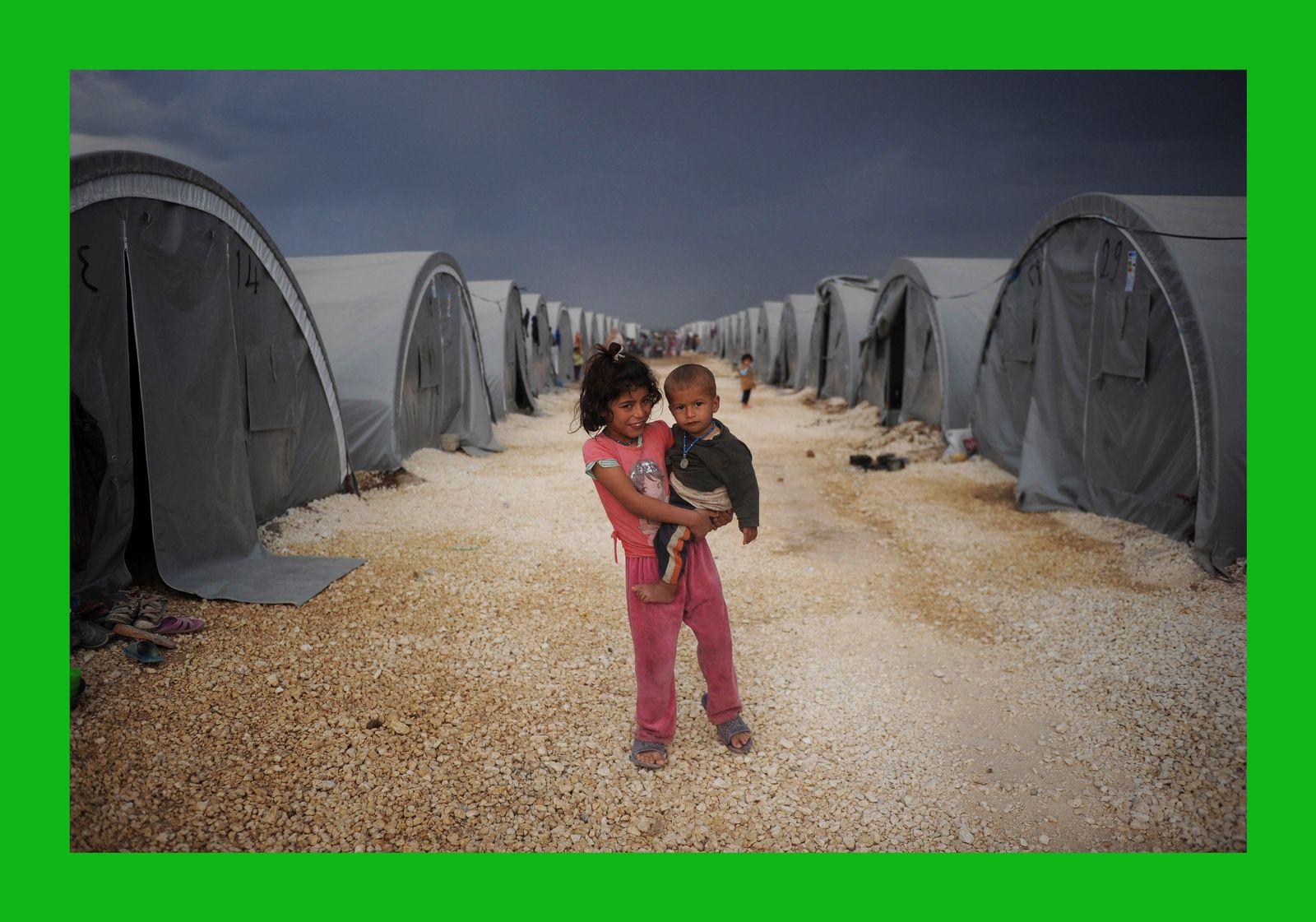