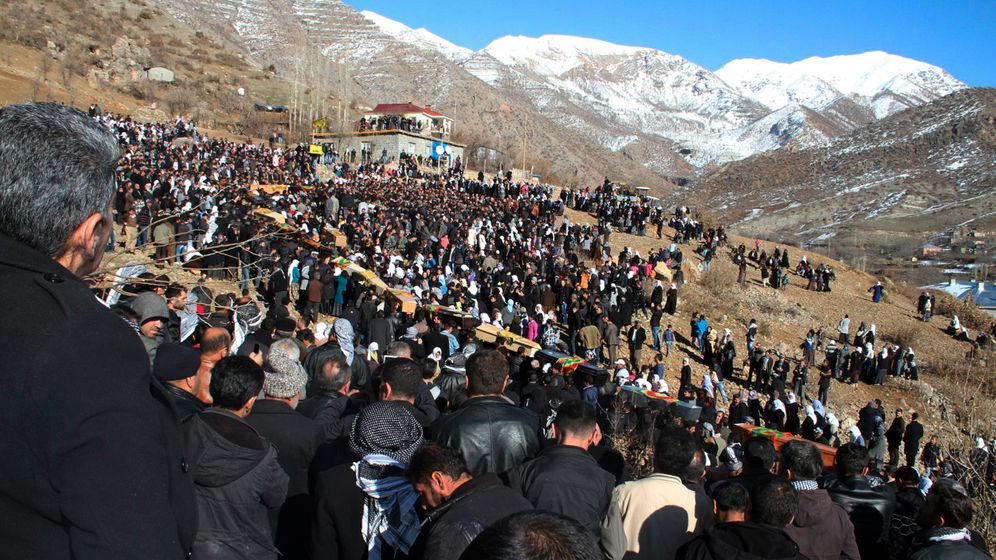 Photo Gallery: 'Öcalan Is Key To Any Bid To Solve the Kurdish Conflict'

SPIEGEL: The Turkish judiciary has arrested 36 lawyers who represented Kurdistan Worker's Party (PKK) leader Abdullah Öcalan. What are they accused of?

Sakar: They are said to be members of a terrorist organization but there is no evidence to support the allegations. Öcalan is currently denied legal representation and cannot receive visitors. For almost six months, he has been completely isolated from the outside world. He is held in a prison on the Marmara island of Imrali, which we see as Europe's Guantanamo.

Sakar: But that has not deterred Prime Minister Recep Tayyip Erdogan's government from holding two years of secret talks with him and in parallel with other members of the PKK. Everyone knows that Öcalan is key to any bid to solve the Kurdish conflict.

SPIEGEL: Why did the talks break down?

Sakar: The government called for people to lay down arms immediately and the PKK sought more democracy and autonomy for the Kurds. That was already too much for Erdogan. After his re-election in June, he apparently felt strong enough to walk away from the talks and to embark on new military operations against the PKK.

SPIEGEL: On the other hand, the PKK wasn't reluctant to fight either. In July, they staged an ambush in Silvan in which 13 Turkish soldiers died.

Sakar: That was not an ambush, that was forced combat. The PKK fighters were surrounded by the Turkish army and had to defend themselves. If you see how nationalistic reflexes in Turkish public opinion were activated afterwards, you can easily come to the conclusion that the Turkish army has deliberately escalated the situation.

SPIEGEL: Is Turkey steering itself into a new wave of violence?

Sakar: The situation is very tense. At the end of December, 35 civilians were killed during an air attack by the Turkish army. At the same time around 5,000 Kurdish politicians and activists are in prison. People are frustrated and angry. Day by day the chances of resolving this conflict are waning.

3 Bilder Photo Gallery: 'Öcalan Is Key To Any Bid To Solve the Kurdish Conflict'