Wednesday night's coup d'etat by the Egyptian military that toppled Mohammed Morsi as the country's Islamist leader and installed a temporary civilian government has been described as a "serious setback for democracy" by Germany. Leaders across Europe have expressed concern over the development, which saw the ouster of a democratic government just one year after Morsi took office. On Thursday, military leaders installed Adly Mansour, the chief justice of the Supreme Constitutional Court, as the country's interim leader and said that elections would be scheduled soon.

German Foreign Minister Guido Westerwelle said the country must return to constitutional order as quickly as possible. "I call on all those responsible in Egypt , to act calmly, to meet each other halfway and to seek ways out of this serious crisis of state together."

In the United Kingdom, Prime Minister David Cameron called on all parties to end the violence in Egypt, where nearly 50 people have been killed in clashes between Morsi supporters and opponents since Sunday. "It is not for this country to support any single group or party," he said in a statement. "What we should support is proper democratic processes and proper government by consent."

Foreign Secretary William Hague also told the BBC: "We don't support military intervention as a way to resolve disputes in a democratic system." "It's of course a dangerous precedent to do that, if one president can be deposed by the military, then of course another one can be in the future -- that's a dangerous thing."

Morsi's toppling came after days of mass protests against the Islamist politician. His opponents accused him of having betrayed the 2011 revolution and of promoting the Islamization of Egyptian society. The Islamist-oriented constitution, pushed through by Morsi earlier this year, has now been suspended and the military has said it will be modified.

The government in France said it has great hopes for the election that Egyptian military leaders have promised, "so that the Egyptian people can freely choose their leaders and their future." However, the statement from French Foreign Minister Laurent Fabius did not directly address Morsi's toppling.

In a statement issued early Thursday morning, the European Union's chief diplomat, Catherine Ashton, urged all sides to return to the democratic process, "including the holding of free and fair presidential and parliamentary elections and the approval of a constitution, to be done in a fully inclusive manner, so as to permit the country to resume and complete its democratic transition." She added, "I hope that the new administration will be fully inclusive and reiterate the importance of ensuring full respect for fundamental rights, freedoms and the rule of law."

Despite the dramatic events, EU officials said they had no plans to reconsider foreign aid to Egypt. "I am not aware of any urgent plans to rethink our aid programs at the moment," Michael Mann, a spokesman for foreign policy chief Ashton, told reporters. "But the dust is still settling on what happened last night."

In Poland, a statement from the Foreign Ministry appealed for calm in Egypt. "Recalling our democratic transformation, accomplished without bloodshed, we appeal to the sides of the conflict in Egypt to continue the process of the country's democratization through negotiations and without resorting to acts of violence and military intervention," the statement said.

In a statement released by the White House on Wednesday evening, President Obama said Washington "is deeply concerned by the decision of the Egyptian Armed Forces to remove President Morsi and suspend the Egyptian constitution." The president called "on the Egyptian military to move quickly and responsibly to return full authority back to a democratically elected civilian government as soon as possible through an inclusive and transparent process, and to avoid any arbitrary arrests of President Morsi and his supporters."

The response from Turkey, where mass protests have targeted Prime Minister Recep Tayyip Erdogan, was even stronger, not least because Morsi had been a very close ally of Ankara. Foreign Minister Ahmet Davutoglu described the military coup as "unacceptable." He said: "You can only be removed from dutry through elections, that is, the will of the people. It is unacceptable for a government, which has come to power through democratic elections, to be toppled through illicit means and even more, a military coup," he told reporters. 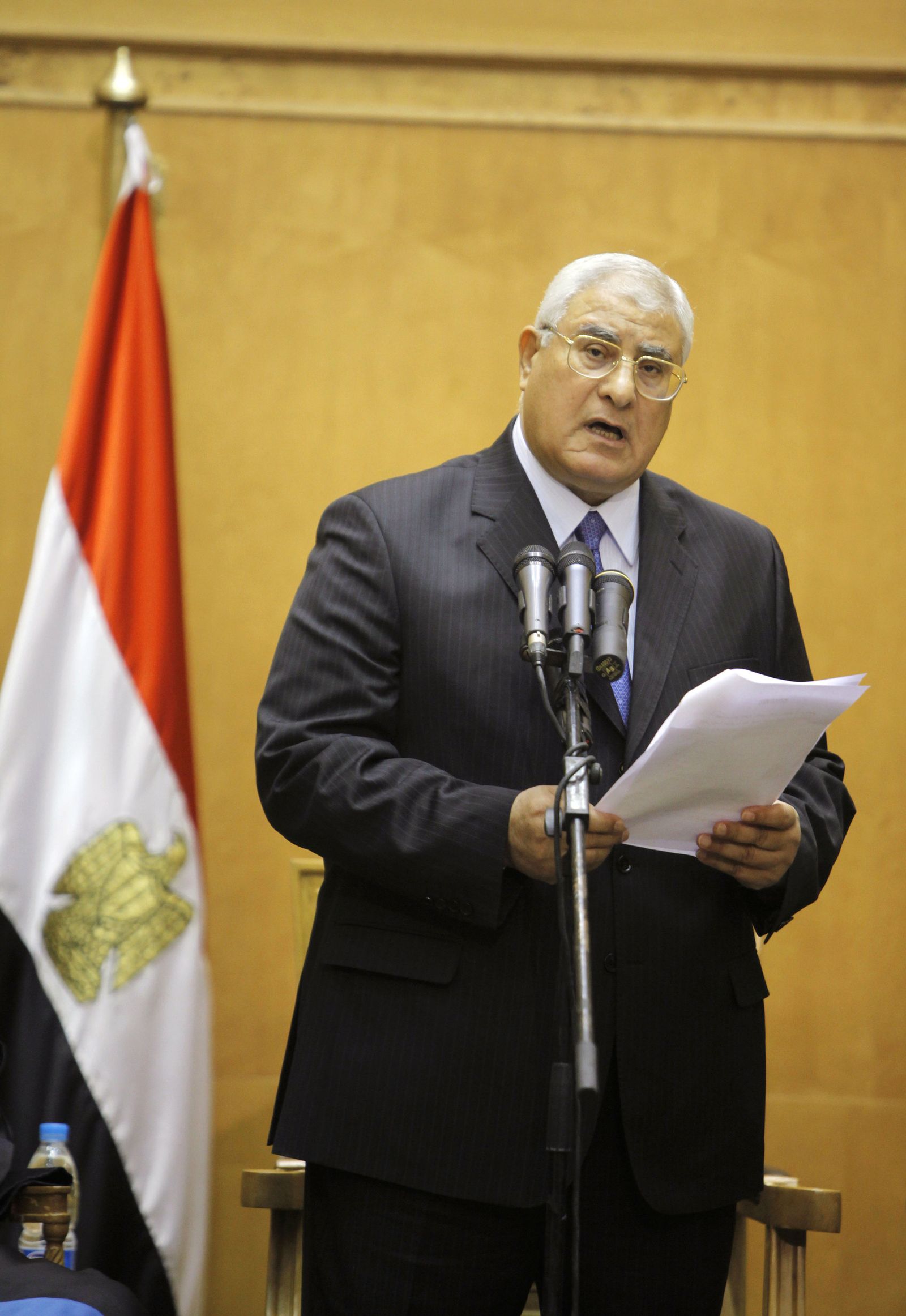 Officials swore in Adly Mansour, the supreme justice of Egypt's Supreme Constitutional Court, as the nation's interim president on Thursday.