German Vice Chancellor Philipp Rösler is generally eager to please. Indeed, many questioned whether he would have the necessary toughness when he recently took over control of the Free Democratic Party, Chancellor Angela Merkel's junior coalition partner.

But in Washington this week, he had no trouble rejecting a request from his American counterpart, Commerce Secretary Gary Locke. Many states in the United States have run into shortages of a key drug used in executions. And Locke, according to Rösler on Wednesday, asked if perhaps Germany could help out.

"I noted the request and declined," Rösler said.

He didn't stop there. He also plans to forbid the sale of the anesthetic thiopental, a key ingredient in the three-drug cocktail used in lethal injections in several US states, should orders from the US be placed with German pharmaceutical companies. "As economics minister," he said, "I would prohibit it and see if anyone files a legal challenge." So far, he added, no orders for thiopental have been placed in Germany from the US.

Also on Wednesday, the Danish pharmaceutical company Lundbeck, which produces the drug pentobarbital, used as an alternative to thiopental in execution cocktails in some US states, said it was urgently exploring ways to prevent its products from being used in executions.

In the 34 US states that carry out the death penalty (soon to be 33, once a ban in Illinois goes into effect next month), lethal injection is the primary, or only, method used. But when the sole US producer of thiopental -- the Illinois-based pharmaceutical company Hospira -- elected in January to cease making the drug, authorities were forced to delay several executions for lack of sufficient supplies.

Complex bureaucratic hurdles in approving new drugs for use in carrying out death sentences have resulted in a global scramble to find new suppliers of thiopental. The effort has not gone well. As early as January, Rösler, Germany's health minister at the time, asked German pharmaceutical companies to refrain from delivering thiopental to the US, a request they agreed to.

More recently, an Indian pharmaceutical company called Kayem Pharmaceutical Pvt. Ltd., which supplied the drug to South Dakota and Nebraska, announced in April it was halting all sales of the drug "where the purpose is purely for lethal injection and its misuse." Furthermore, prisoners on death row in the two states have filed legal complaints questioning the quality of the supplies from India, further delaying executions there.

Up to 11 states, including Oklahoma, Texas and Ohio, acquired supplies of pentobarbital from the Danish company Lundbeck. On Wednesday, company spokesman Mads Kronborg told Dow Jones Newswires that "we are horrified at this fact and are looking at ways to prevent prisons from getting this drug." He said that the company considered ceasing production, but given its use in treating epileptic seizures, it elected to continue.

The company has contacted prisons and state governors in an effort to prevent the drug's use in executions. In addition, the Danish ambassador in Washington has sent letters to the governors of states using pentobarbital. "The Danish government respectfully urges you, governor, to exercise all the powers vested in your office to put an end to the abuse of pentobarbital for capital punishment," the letter reads, according to Dow Jones.

Last fall, as the drug shortage began developing, other states turned to the United Kingdom in an effort to find supplies of thiopental. In May, the American Civil Liberties Union (ACLU) obtained both federal records and California state records documenting the search. According to those records, at least 10 states ordered the drug from a one-man drug wholesaler in London operating in a small office at the back of a driving school. The company's name is Dream Pharma, Ltd.

According to a document released by the ACLU, the British government wrote to the Obama administration at the time and asked that the US cease importing drugs used in lethal injections from Britain. London also issued an order forbidding UK companies from supplying drugs for use in executions.

German Economics Minister Rösler, for his part, said on Wednesday that his US counterpart didn't press the issue. Rösler said that he also justified his rejection of the request with his own Catholic faith. "The Americans took note," Rösler said. 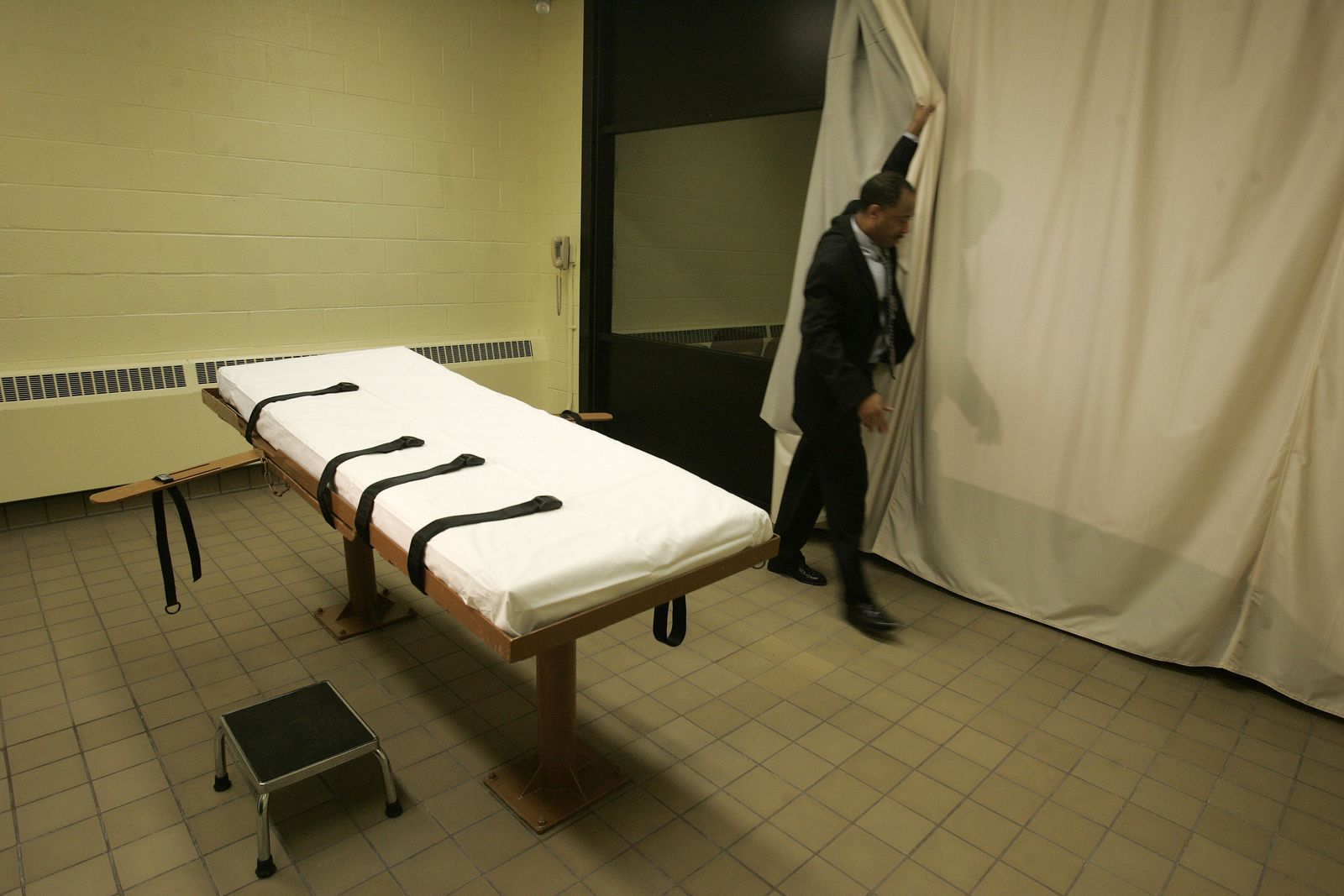 Several executions in the US have had to be delayed in recent months due to a lack of drug supplies.