SPIEGEL ONLINE: The referendum on Crimea is set to take place on Sunday. The United States and the European Union are still trying to stop Putin or at least offer him alternatives. Are there any prospects for success?

Fiona Hill: No, there aren't. Putin is not interested in an off-ramp right now. We are trying to offer him a face-saving gesture on the basis of our assumption that he wants to save face internationally. But that's wrong. Putin actually sees the ongoing developments in Ukraine as an existential threat. He has carefully calculated the costs and the risks of his steps. Now he is obviously going to wait and see how people react to the outcome of this referendum on Sunday.

Clifford Gaddy: Probably the best solution of all is this: If the vote goes as we expect in favor of annexation, it will be up to Putin to decide. I can imagine his voice: "No, I don't think that's a good international precedent. In the interest of international law and so on maybe it's better if Crimea has a special autonomous status within the legal framework of Ukraine." Putin has pushed it to the limit and this gives him room to pull back after Sunday.

Gaddy: But if we push back in the next week, if we don't get the message he's sending, then he'll have to repeat that message. And every time he repeats it, it's going to be harsher and harsher.

Hill: That he has had enough of all the actions we have allegedly taken against him and Russia. He sees Western attempts to keep Russia down and to ignore red lines he has set: about Nato expansion some years ago, about the EU and Ukraine now.

Gaddy: Putin's style of operating in this crisis is this: He makes a move, he pushes it to the limit but not beyond. Then he stops and waits to see how we react. He watches carefully how every individual leader on the other side acts. If we decide to try to play hardball with him, he will push harder.

Hill: We should be very careful not to bait him, to push and to threaten him. Because Putin repeatedly made clear that he would react to some kind of insult with a disproportional response.

SPIEGEL ONLINE: German Chancellor Angela Merkel on Thursday reacted more sharply than ever before in her speech to parliament when she warned Putin that Russia would face "massive damge, economically and politically," if it continues with its current course.

Gaddy: She should know better. The attempts to try to be tough on Putin are going to backfire on us. He is not going to back down from the control of Crimea.

SPIEGEL ONLINE: We have to accept the loss of Crimea to Russia?

Gaddy: Yes. Like it or not. It's a job for our diplomats and politicians to find a way to present that to the population in the West without appearing to have made total capitulation. Now we have to find a way not to bait Putin, not to antagonzize him. Not because we should be afraid he would attack us -- but because he never would back down.

Hill: For Putin this is not about Ukraine. This is about a fight with us. He basically believes that it comes down to whether we understand his message about how far we go and about whether we can find some kind of accommodation here. And until we get that message he's going to be holding Ukraine hostage.

SPIEGEL ONLINE: What could the US and EU do to change Putins perception?

Gaddy: For him the key development of the last year is not NATO moving forward. It's the role of the EU. Putin is convinced that the EU is acting as a political arm of NATO. The Association Agreement, in its essence the idea of requiring Ukraine to choose between Russia or the EU, was a mistake. Putin saw that as a threat to his Eurasion Union, as an attempt to undermine his economy.

Hill: Neither Cliff nor I are justifying Putin's actions, we are just explaining how he is thinking. It's a real shock to many people in the West, that Russia sees the EU as a big threat. That's rubbish, but it is Putin's perception and that's what we have to deal with.

Gaddy: He knows how vulnerable the Russian economy is. And therefore we have to ask ourselves: If he knows those costs, he must have a real motivation for doing this. The answer: For him it's existential. In his mind he's acting now in a way that's less damaging than if he would wait.

SPIEGEL ONLINE: What can the West do?

Gaddy: We have to establish the idea that EU cooperation means cooperation for mutual benefit, that Ukraine could be somehow linked to the EU and to the Eurasion Union.

Hill: Germany can play a role here, Chancellor Merkel still has some authority and credibility with Russia. We have to find a way of signaling: OK, we got this message, let's figure something out. This is a time for diplomacy.

SPIEGEL ONLINE: Is war with Russia a possible outcome?

Gaddy: Anything is possible. Putin has acted in a very serious way but he could have done more. And we couldn't have done anything about it. But he chose not to. He chose to take one move, as drastic as that was, but no more -- for now. To me that's the signal that he is not looking to simply pushing ahead as far as he can. He's only looking to push as far as he needs to send the message. He is ready for a lot more moves, but that doesn't mean that he is going to take them. 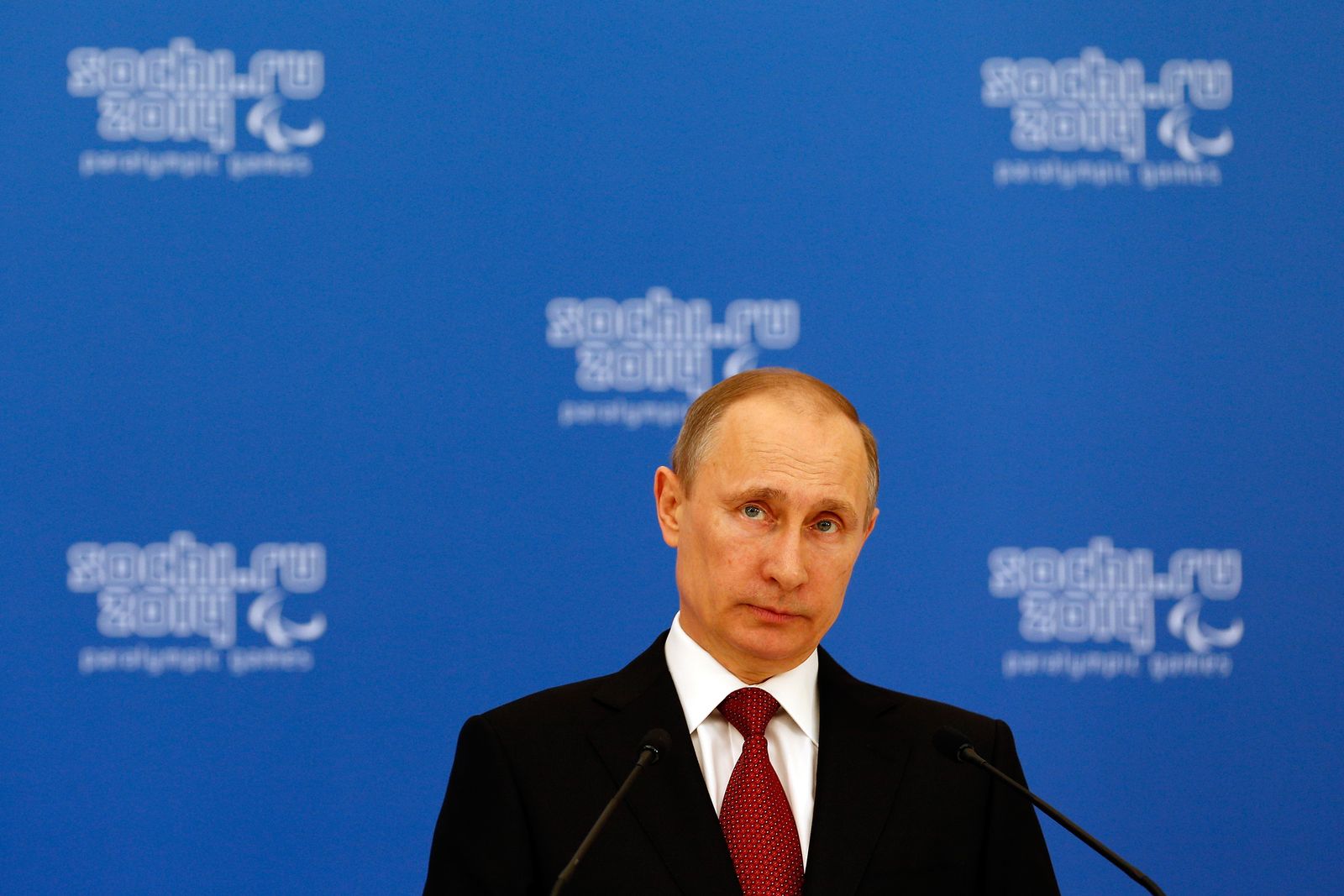 Russian President Vladimir Putin: Putting too much pressure on him could backfire.