It was the afternoon of May 25, when Houla near Homs became internationally famous as a synonym for the brutality of the Syrian regime. It was the site of a massacre where 108 people died, mostly women and children.

In recent days, German media reports have suggested that rebels carried out the massacre and then blamed Assad's troops. Reports from eyewitnesses who spoke to SPIEGEL give a different impression, however.

Aiman Hassan Abd al-Rassak, a farmer and survivor of the massacre, watched as buses containing Syrian military troops drove up the hill where the village of Fullah is located, half a kilometre to the south, shortly before 5 p.m. on that day. Some 60 to 70 uniformed men marched towards the village, accompanied by around 200 men in civilian clothes.

Al-Rassak, who had recently been arrested, found a hiding place between the bushes and fields. Just minutes later, he heard his wife and five children being killed. 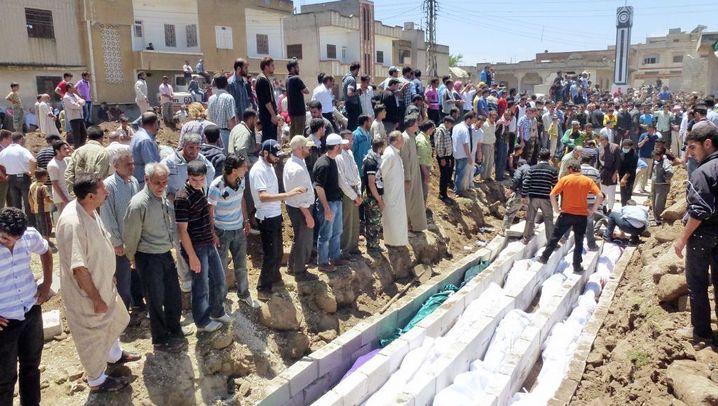 Two further eyewitnesses, Umm Shaalan Abd al-Rassak and Samira Suwai, also observed the two groups of military and civilian-clad men as they gathered on the hilltop and walked into the Taldo district. The army's grenade bombardment of Houla had stopped shortly before.

Another witness, who only wanted to be identified by his first name, Saria, described the arrival of two big white buses and at least three large cars. He also saw soldiers in uniform, intelligence officers with weapons and men wearing tracksuits and civilian clothing carrying machetes and clubs.

It was only these men who went into the houses, he reports. It is impossible to prove whether they were really shabiha militia from Fullah and neighbouring Alawi villages. That seems to be a reasonable assumption, however, seeing as they arrived by foot in the village on the hill.

Other statements by witnesses also contradict the recent reports, published in the German newspaper Frankfurter Allgemeine Zeitung and other outlets, which blamed the opposition for the massacre. Contrary to the reports, only Sunnis live in Houla, and not any Shiite converts who are loyal to the regime.

And why in any case would rebels carry out a massacre of their own supporters, who were, incidentally, buried with the participation of Sunnis from Houla? 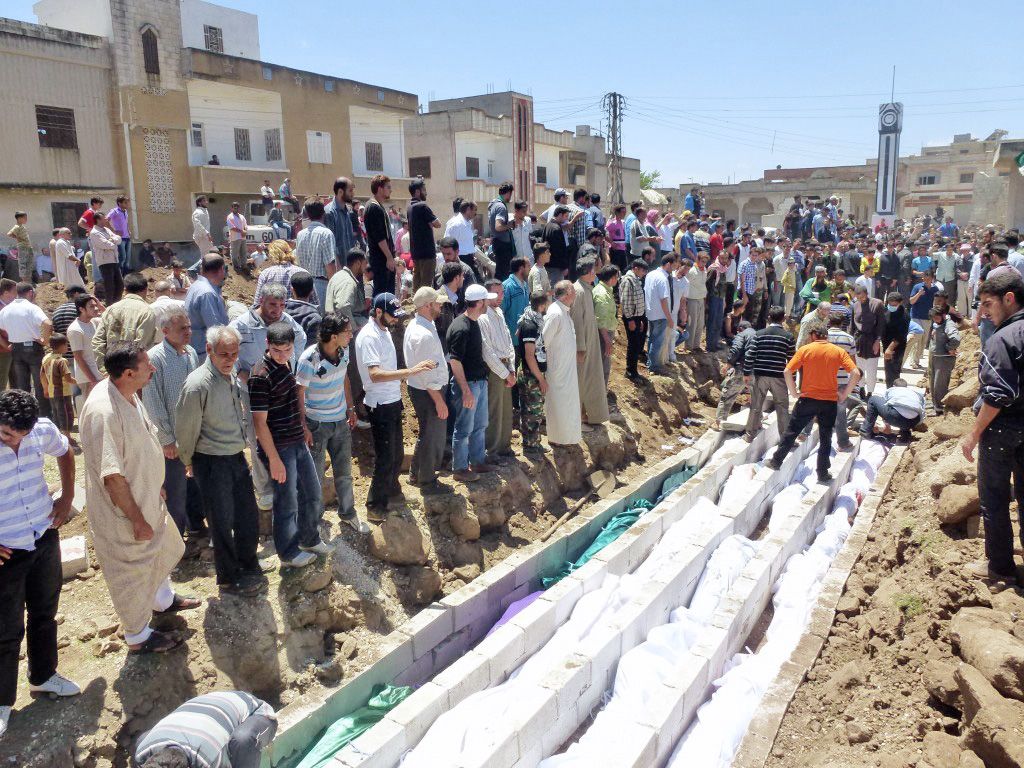 A mass burial for the victims of the Houla massacre (May 26 photo).

Both sides have the sense that the end game is approaching, but no one knows how it will play out. This May 26 photo shows a mass burial for the victims of the Houla massacre.