The global climate summit in Copenhagen has failed. There will be no concrete goals for reducing greenhouse gas emissions. Industrialized countries extended no concrete offers of hope to developing countries. Newly industrializing countries, such as India and China, can continue to grow their economies without any checks and balances for the climate.

In the run-up to the conference, scientists, environmentalists and politicians alike called it one of the most important in history. But now it's just a missed opportunity. Likewise, it might just be one of the last of its kind in the battle against climate change.

It took governments from around the world 17 years to come together for this summit in Copenhagen -- 17 years of talking, seemingly endless negotiations, ideological debates, delays and maneuvering. It's been 17 years since the first climate-related meeting, held in Rio in 1992. It's been 17 years of searching for solutions to confront the threats resulting from climate change. And this is what we're left with. Many of the hopes that had been building up since 1992 have now been shattered.

Right up until shortly before the end, it looked like they might have been able to prevent Copenhagen from failing. The last drafts of the final declaration included provisions not only for limiting the rise of global temperatures to 2 degrees Celsius above preindustrial levels by 2050, but also for how this could be achieved. There was mention of reducing greenhouse gas emissions by 80 percent by 2050 and even the possibility of a mid-term goal by 2020.

In the end, the mini draft accord that about 30 leading countries agreed upon Friday evening only included the provision on the 2-degree mark -- without any concrete plans for the decades to come. Still, they only made non-binding commitments when it came to the limits that scientists have set as thresholds for preventing a climate catastrophe. Moreover, given the fiasco in Copenhagen, this 2-degree limit might no longer be kept.

No wonder so many of the other of the 192 total countries almost immediately tore to shreds the compromise plan that the group of 30 countries presented in the main hall. Those countries that could face destruction as a result of climate change, in particular, could not see any solutions in it.

Now we are faced with the threat of an impasse in global climate politics. And the consequences of this holdup will primarily be felt by the poorest of the poor.

Experts anticipate that they will be subjected to storms and flooding stronger than ever before. Their crops will wither. Melting glaciers might deprive several million people of their water supplies and deprive them of their livelihoods.

Nor will the industrialized states be spared from its consequences. But, thanks to their technical and financial resources, they will be in a better position to cope with them.

The debacle of Copenhagen is also Barack Obama's debacle. The US president made only one concession at the summit meeting: He pledged to join those providing financial assistance to poor countries. These funds are meant to allow such countries to be in a better position to combat the consequences of climate change and to pursue economic growth in a more eco-friendly way, just like the more established industrialized states have done. Beginning in 2020, these funds should amount to an annual $100 billion (€70 billion) -- which US Secretary of State Hillary Clinton boasted in Copenhagen was "a lot of money." But when it came to the issue of how much of this money would come from the United States, she didn't say a thing. And even the mini draft agreement of the "Copenhagen Accord" hammered out by the world's leading nations doesn't throw any light on this matter.

The accord also holds another detail on just how generous the United States is. When it comes to immediate assistance for impoverished countries, the United States intends to contribute a total of $3.6 billion between 2010 and 2012. But, if you compare that with what other regions contribute, this figure appears rather miserly. The European Union plans to contribute about $10.6 billion, or about three times as much. And even Japan is chipping in $11 billion.

In poor countries, people are presumably confused about whether they should laugh or cry about the US contribution.

For the last 17 years, the United States has been one of the main countries putting the brakes on climate protection. But in the end, of all countries, it is the one that is criticizing the compromise plan it negotiated with the group of 30 countries as not going far enough. "It's not enough to combat the threat of climate change," said one negotiator -- as if US policies as a whole were ever really interested in that. And Obama -- who is supposedly all about fresh starts -- has done nothing to dispel doubt about the earnestness of US climate policies.

The major newly industrialized countries -- and, especially, China -- hardly behaved any better. China is also much more concerned about short-term economic interests than the long-term well-being of humanity. With its refusal to subject its climate-protection measures to international controls, China might have played a decisive role in causing the summit to fail.

Copenhagen's collapse merely confirms the opinion of those who view climate change as some pipe dream of scientists, left-wing politicians and the panic-fomenting media. And it also confirms the position of all those who believe that humanity is simply incapable of finding a solution for a threat like climate change through multi-lateral, collective efforts.

A Failure of Imagination

Incidentally, this stance is in no way just pure cynicism. Instead, it is based on a certain insight into human nature. People act from their own personal experiences and circumstances. For example, many have a hard time imagining that an epidemic can depopulate whole swaths of land -- despite the fact that this very thing has already happened a number of times. The same holds true for volcanic eruptions or meteorite impacts, which have turned entire regions and even continents into deserts. But, in this regard, climate change is even more dangerous because, for the most part, it is completely unprecedented:

It runs counter to the human psyche to comprehend such a danger -- let alone to combat it with determination and sacrifice. Unfortunately, all too often, people prioritize short-term success over long-term planning.

You can clearly see this stance in action in common, everyday things. You can tell people till your voice gives out that, in the long run, an energy-efficient compact flourescent light bulb saves them money; but when you see them in the supermarket, they are much more likely to reach for the 99-cent incandescent light bulb than the more expensive energy-efficient one sitting right next to it on the shelf. What's more, in the end, that person still believes he or she has gotten a bargain. Entire library shelves are full of academic studies pointing to similar results.

Likewise, as Copenhagen proved, when it comes to climate change, you also have to deal with the fact that the world doesn't have a political instrument for approaching this problem in an effective way. So many heads of state and government came together in Copenhagen, under considerable external pressure, to unify the world and reach a decision based on shared interests. Who knows if they will ever do so again?

Still, it wasn't enough. There will be those that say that -- given man's shortcomings -- it could never be enough and never will be enough. 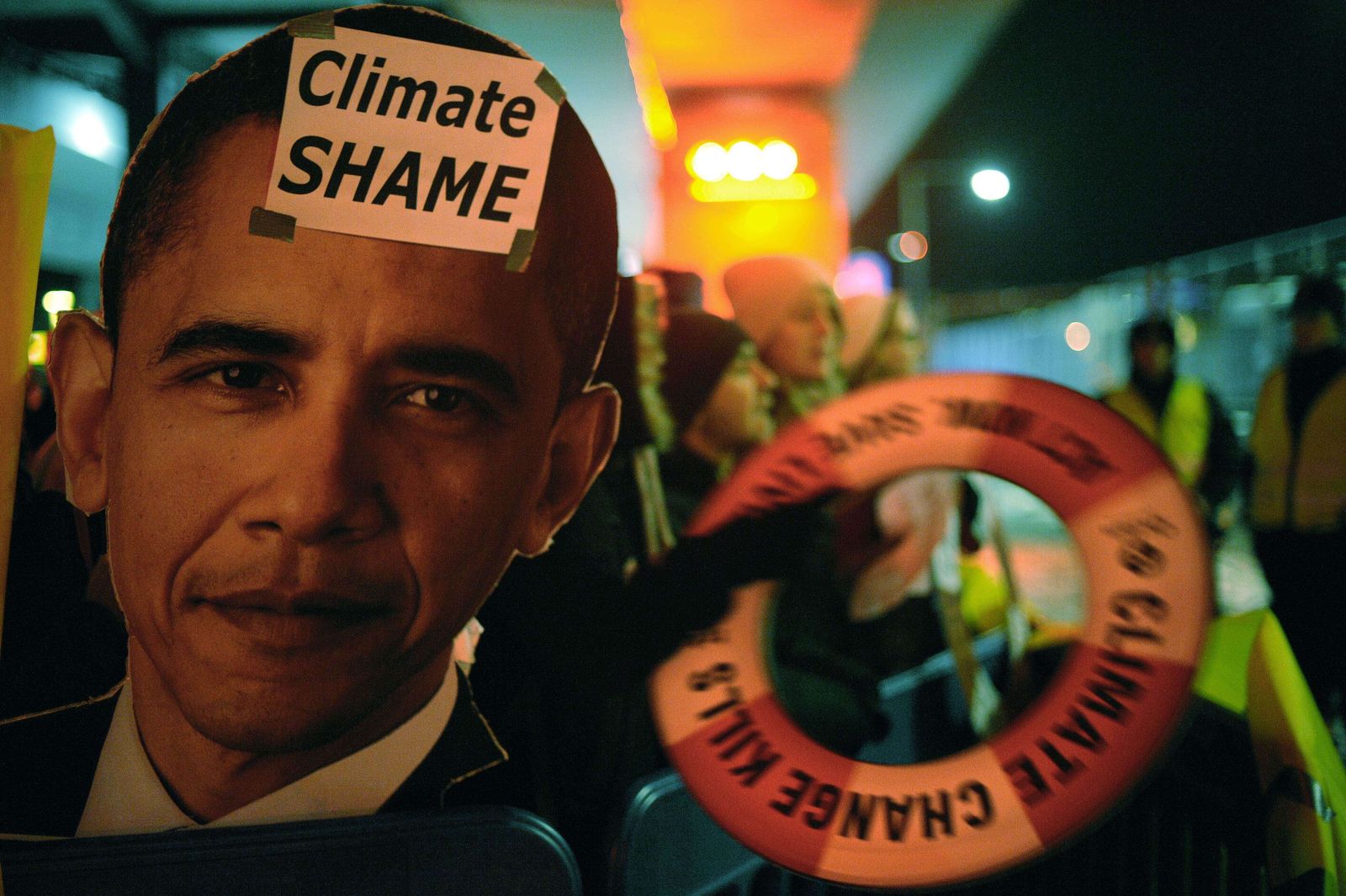 The debacle of Copenhagen is also Barack Obama's debacle.