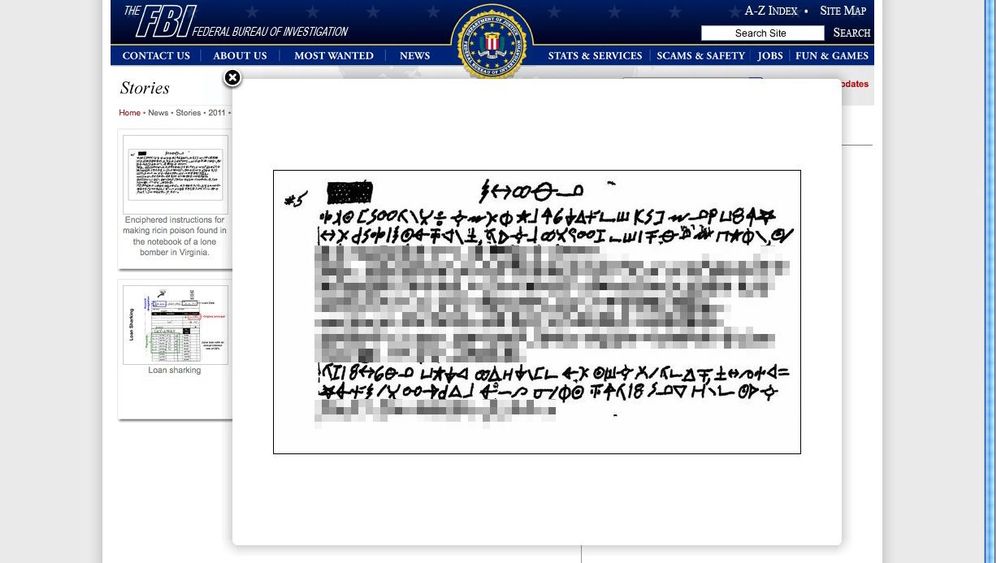 Star, arrow, rune, figure eight -- at first glance, it looks like nothing more than a series of hieroglyphics strung together on the website of the FBI, the federal investigating authority of the United States. But it's an easy-to-follow recipe for the deadly poison ricin, handwritten in a code that even laymen can decipher.

The text was published in March 2011 on the pages of the Cryptanalysis and Racketeering Records Unit (CRRU). There it served as an example of the work of the bureau's decoding experts. Curiously enough, no secret is made of the document's contents. The photo is captioned: "Enciphered instructions for making ricin poison found in the notebook of a lone bomber in Virginia."

"I of course assumed that the note was either not decipherable or didn't contain the real recipe," says author and cryptology expert Klaus Schmeh. He came across the surprising material and posted the code on his blog. "To my surprise, two readers cracked the code and determined that it was a complete recipe," he says.

Easy Enough for Laymen to Crack

The instructions do indeed describe how to produce the highly deadly substance with little more than a few household appliances. "It's a very crude method for the enrichment of proteins, generally speaking," explains Wolfgang Kreis, professor for pharmaceutical biology at the University of Erlangen. "It should work."

Ricin is contained in the seeds of the castor oil plant, and is considered one of the most poisonous protein substances that appears in nature. In its isolated form, it takes just one milligram to kill an adult person. The FBI document wouldn't result in the deadliest form of ricin, but the end product would still be extremely poisonous, according to a German chemical company.

What's even more surprising is that the encoded instructions on the FBI site are not particularly hard to crack. "That's doable for the interested layman," says Johannes Blömer, chairman of the codes and cryptography working group at the University of Paderborn. "If the FBI doesn't want it to be decoded, they shouldn't have put it up on their website. The algorithm isn't that clever."

One of the readers of Klaus Schmeh's blog didn't need more than an hour to finish decoding the text. He says he'd rather not give his name. "I think it's definitely noteworthy that the FBI would publish this note, knowing full well what it's about," he says.

No one from the FBI was immediately available for comment.

On Tuesday a letter sent to US Senator Roger Wicker of Mississippi and intercepted by authorities at a center handling the post for the Capitol in Washington DC tested positive for ricin, sparking fears in Washington after two bombs at the Boston Marathon killed three people. The FBI and the US Capitol Police are investigating, and neither has drawn a connection between the two incidents. 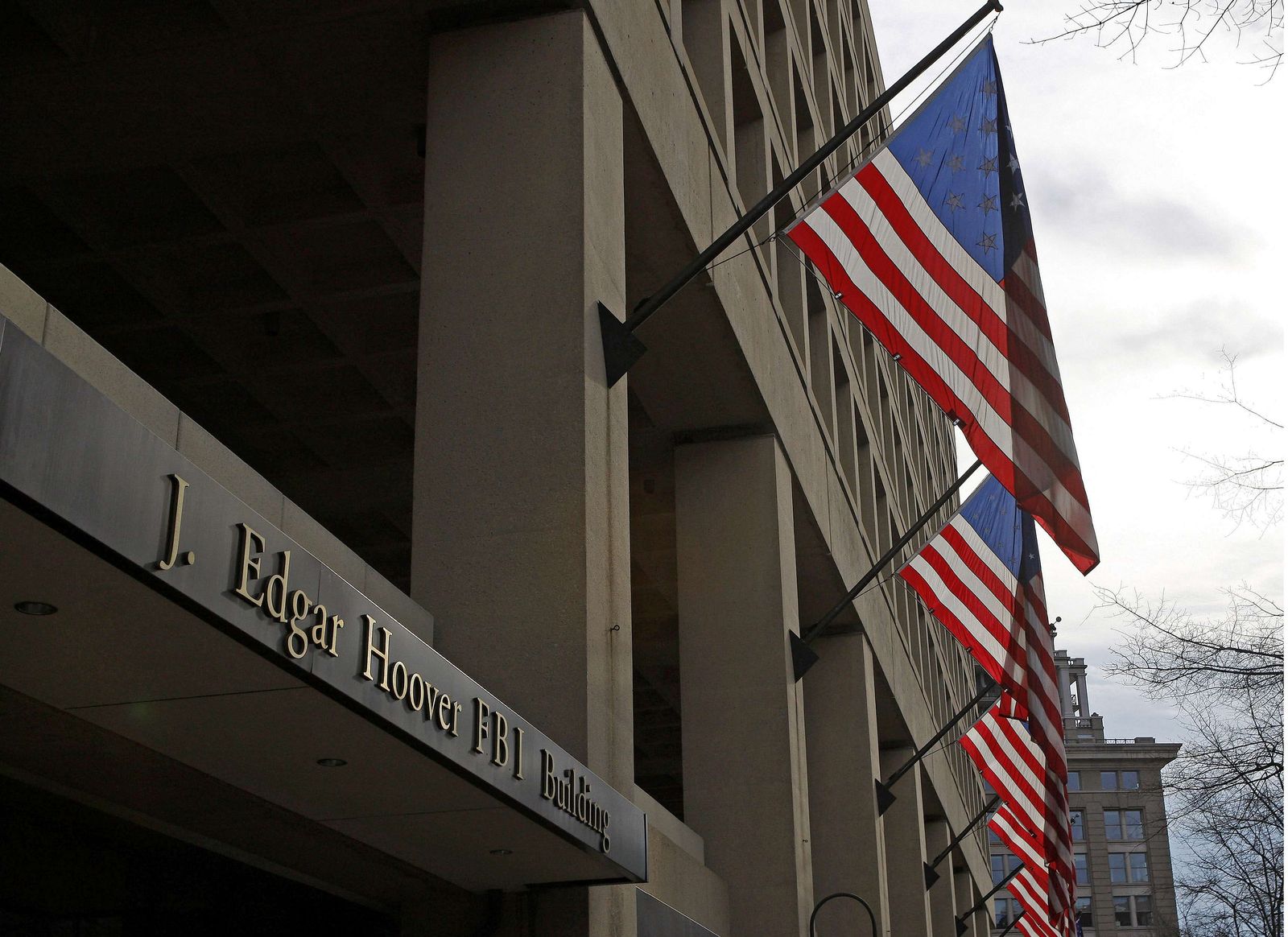 The text was published in March 2011 on the pages of the Cryptanalysis and Racketeering Records Unit (CRRU). There it served as an example for the work of the bureau's decoding experts.