The red or pink pills usually aren't much larger than the fingernail on your pinky. They also don't cost too much - between two and four euros each. Nevertheless, they are among the most significant problems currently facing Bangladesh. Called Yaba, the drug is currently overwhelming the South Asian country.

Estimates hold that around 7 million of the country's 164 million residents are addicted to drugs. Fully 5 million of them are thought to be hooked on Yaba. A mixture of methamphetamines and caffeine, it makes users feel more confident and energetic. Users tend to forego sleep and eat very little, with many taking the drug to help them work longer hours and earn more money for their families. But others just take it to get high.

The pills are produced in industrial quantities next door in Myanmar before being smuggled into Bangladesh across the southern border. In 2018 alone, security personnel confiscated fully 53 million of the pills.

Officially, alcohol and drugs are prohibited in the Muslim country. Nevertheless, Bangladesh is no small part of the methamphetamine problem in South and East Asia, where confiscations of the synthetic drug rose by a factor of eight in the 10 years between 2007 and 2017 - to fully 82 tons – according to the UN's most recent World Drug Report released in 2019. The total represents almost 45 percent of all such seizures around the world.

In an attempt to get the drug problem under control, the government in Dhaka has opted for severity over the last two years in its fight against both drug dealers and users. Violence has been a frequent outcome.

The anti-drug campaign carried out by the Bangladeshi government has been reminiscent of the brutal "War on Drugs" launched by Philippine President Rodrigo Duterte after he rose to power in June 2016. Suspected drug criminals are essentially executed by Duterte's troops and the offensive has already resulted in tens of thousands of deaths.

An anti-drug operation in the Philippines. The violence deployed in Bangladesh is similar to that used by the Duterte regime.

Amnesty International alleges that the government in Dhaka has been similarly brutal in its treatment of alleged dealers and users. The human rights organization has accused Bangladesh of launching a "wave of extrajudicial killings," claiming that 466 people were killed in 2018 alone as part of the anti-drug campaign. That number, the Amnesty report claims, is three times higher than in 2017 and "the highest in a single year in decades."

In a 2019 report, the organization wrote that the victims were initially apprehended by police or simply disappeared. The authorities, according to the report, consistently tell family members that they have no idea where the suspected drug dealers might be. Later, when their bodies are found, the authorities frequently claim that the victim died in a "gunfight."

French photographer Olivier Jobard and investigative journalist Charles Emptaz have looked into the cases of two men who died in one of these alleged "gunfights" in southern Bangladesh. In the course of their reporting, they uncovered several inconsistencies and give credence to suspicions that the two men were executed by Bangladeshi security personnel.

The following photo gallery is a collection of images taken by Jobard showing the means used by the Bangladeshi authorities in their anti-drug campaign: 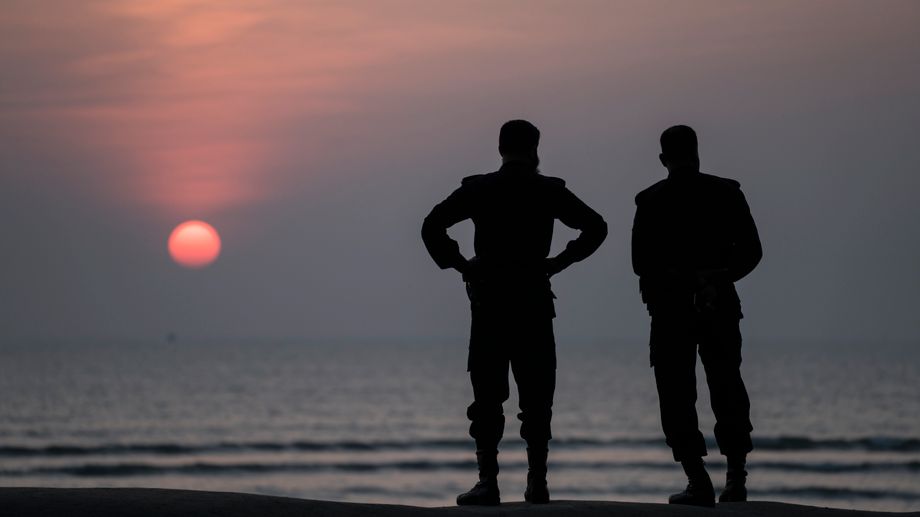 Bangladesh: Dying in a "Gunfight" 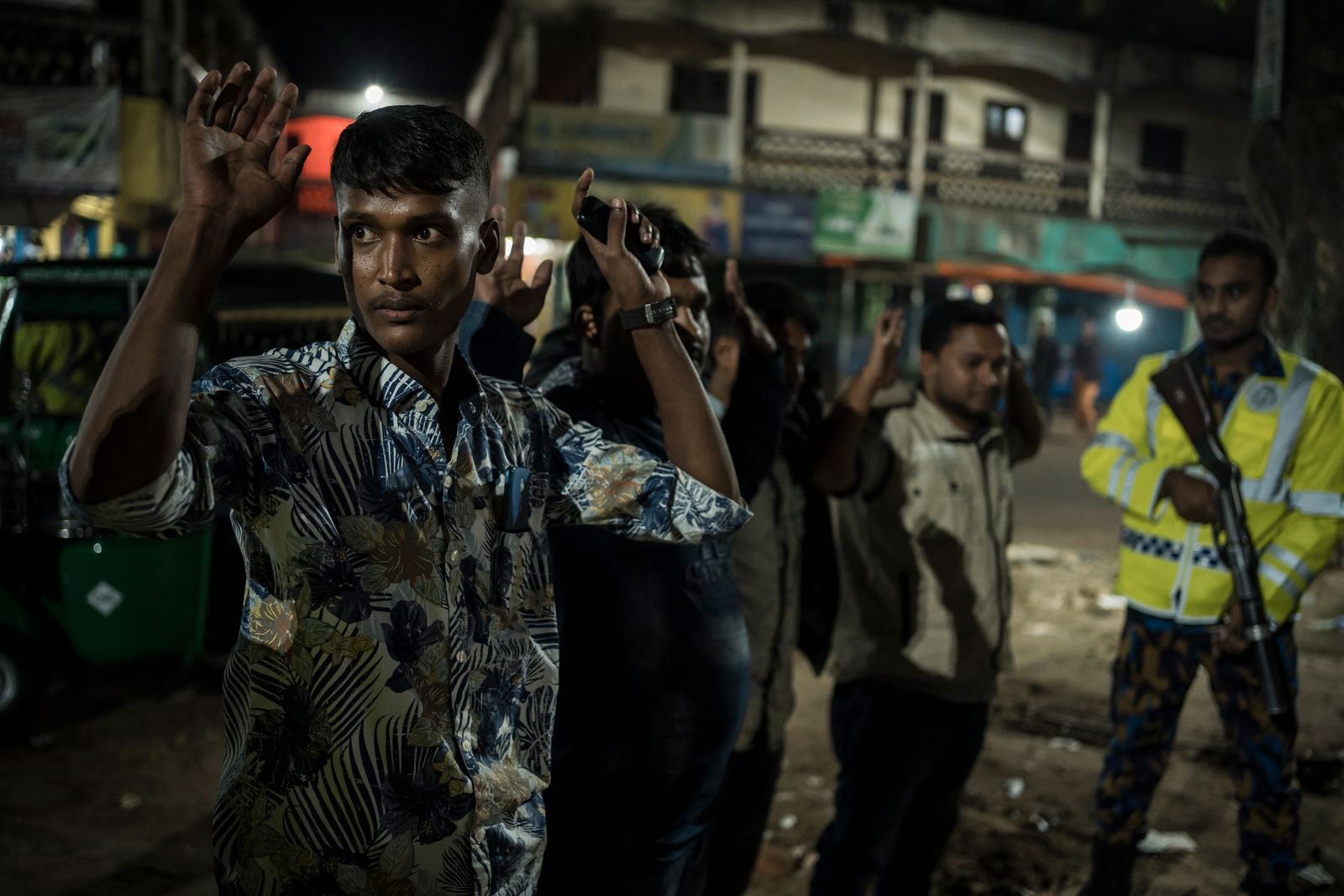 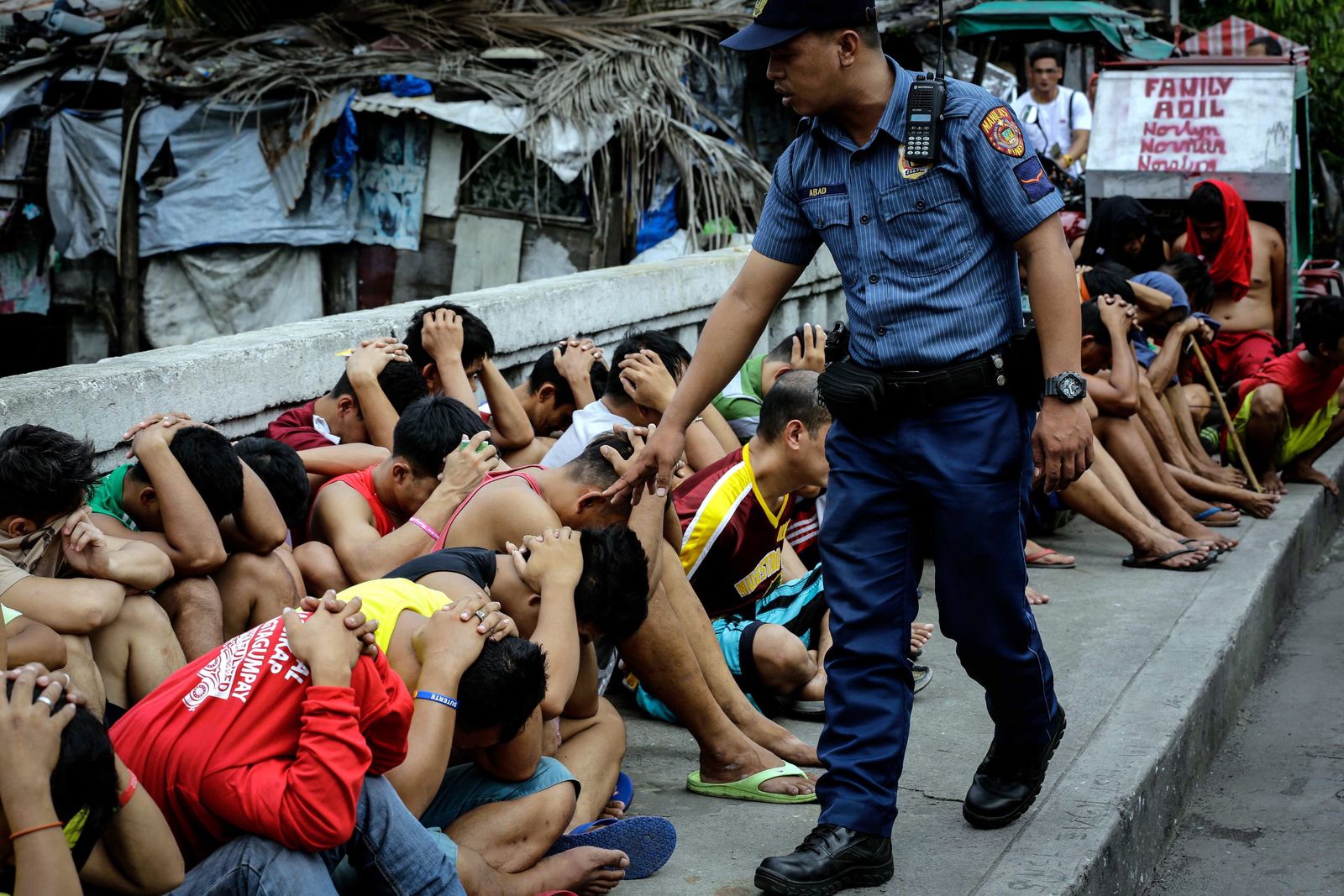 An anti-drug operation in the Philippines. The violence deployed in Bangladesh is similar to that used by the Duterte regime. 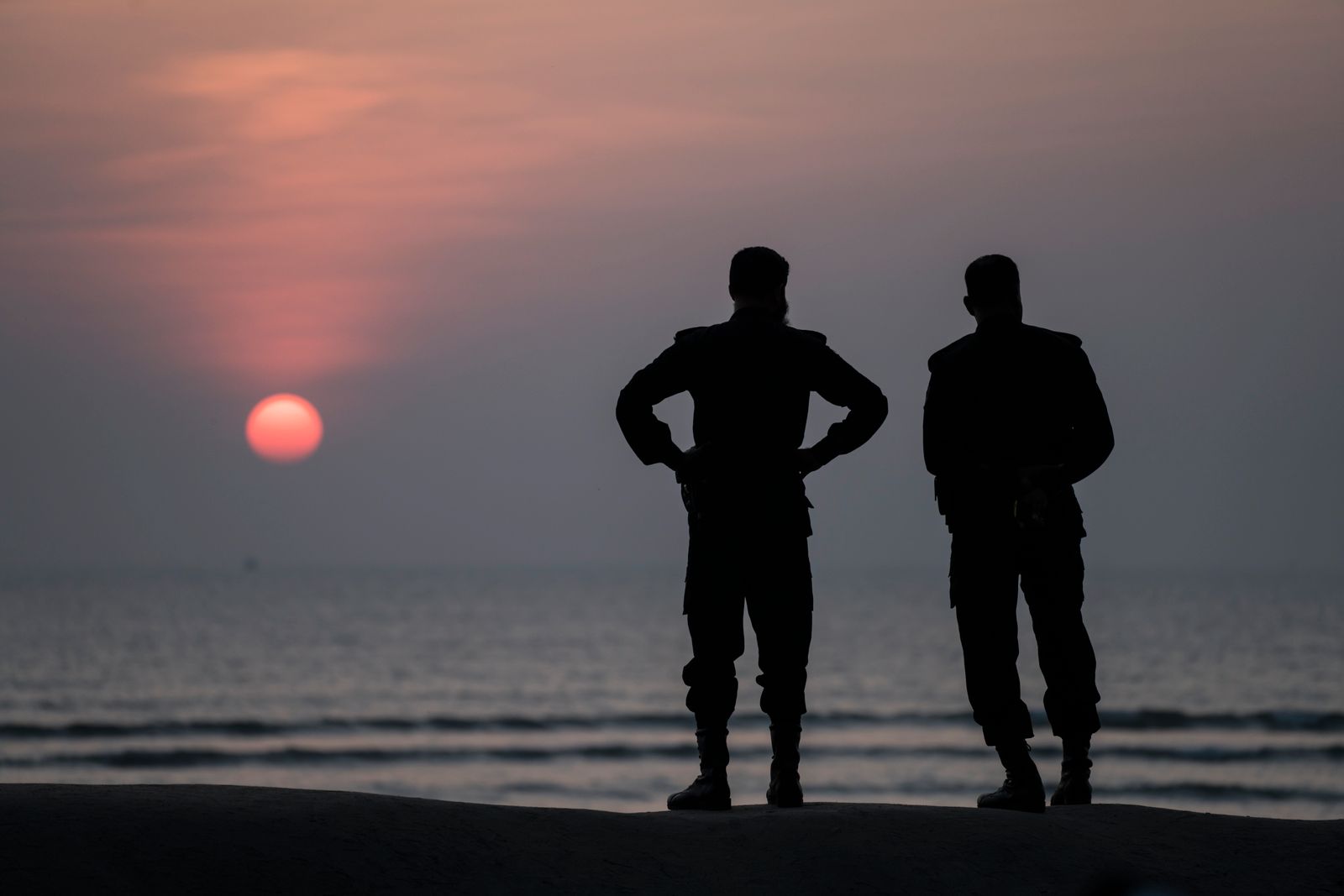 Cox's Bazar is located in the far south of Bangladesh on the Bay of Bengal. The city, with a population of 160,000, is known for its beaches and has become a favorite holiday destination. But the city and the surrounding area has also become famous for something else: Yaba.

The drug is a mixture of methamphetamines and caffeine and frequently sold in the form of red or pink pills. Bangladesh has become a hotspot for the drug, with the authorities confiscating 53 million Yaba pills in 2018. 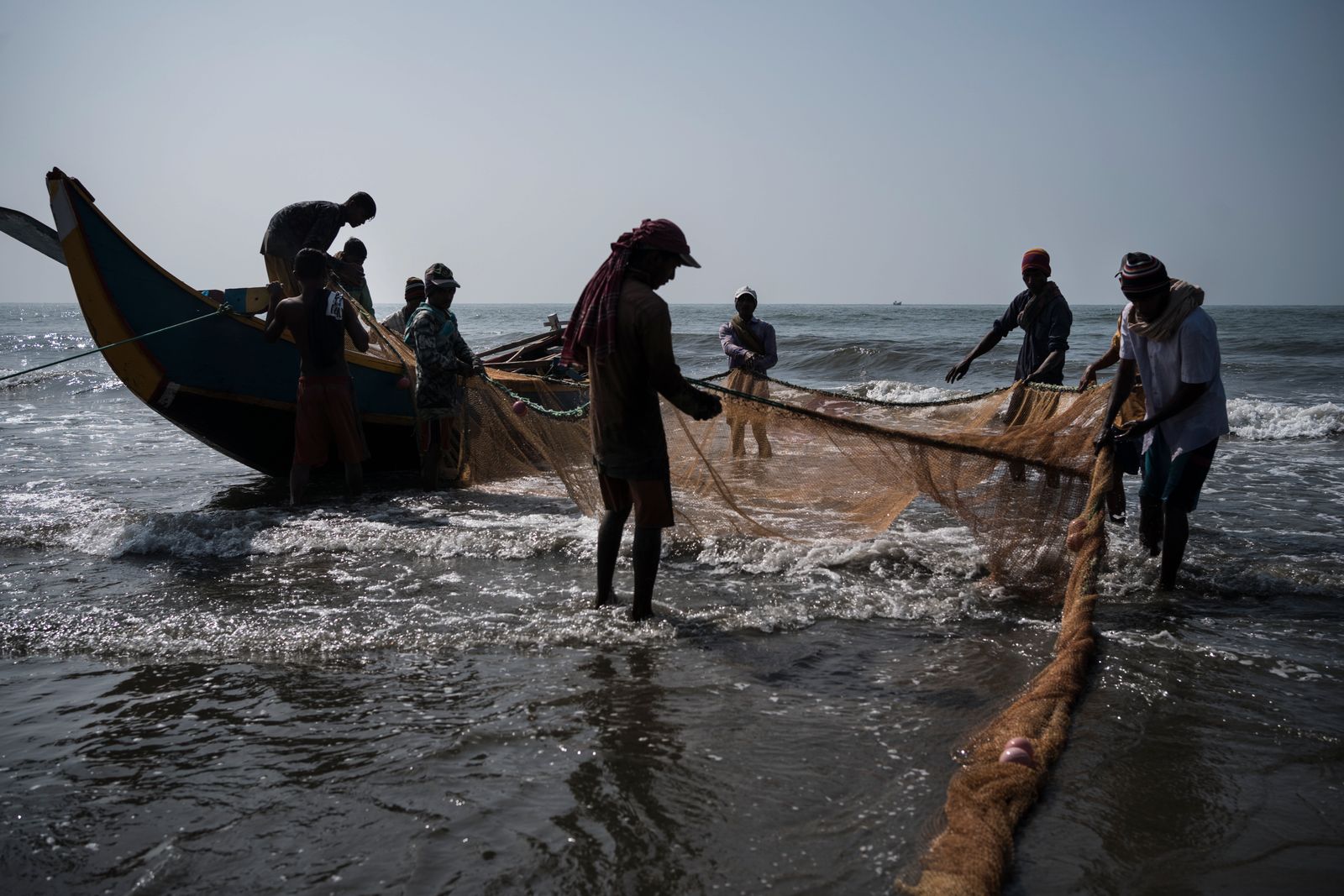 The pills are manufactured in Myanmar and smuggled across the Naf River, which forms part of the border between the two countries. The small town of Teknaf is the southernmost spot in mainland Bangladesh and is the hub of the Yaba trade. Fishermen are regularly accused of having transported the drug across the river from Myanmar to Teknaf. 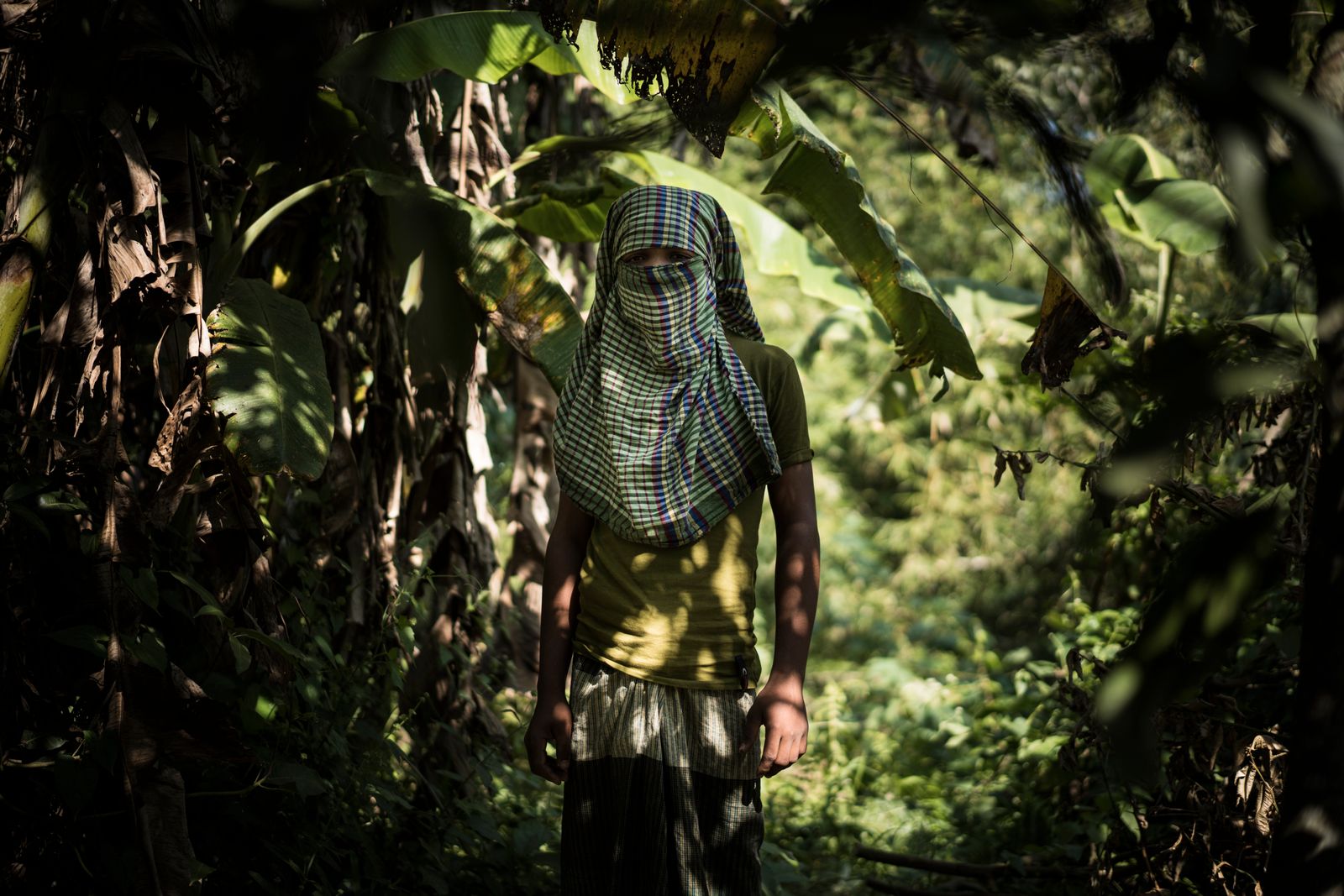 In 2017, hundreds of thousands of people belonging to the Rohingya minority flooded into Bangladesh to escape the Myanmar military. Up to 1 million refugees are now living in refugee camps in Bangladesh. They are often used as drug dealers or smugglers to bring Yaba across the border or to sell it. 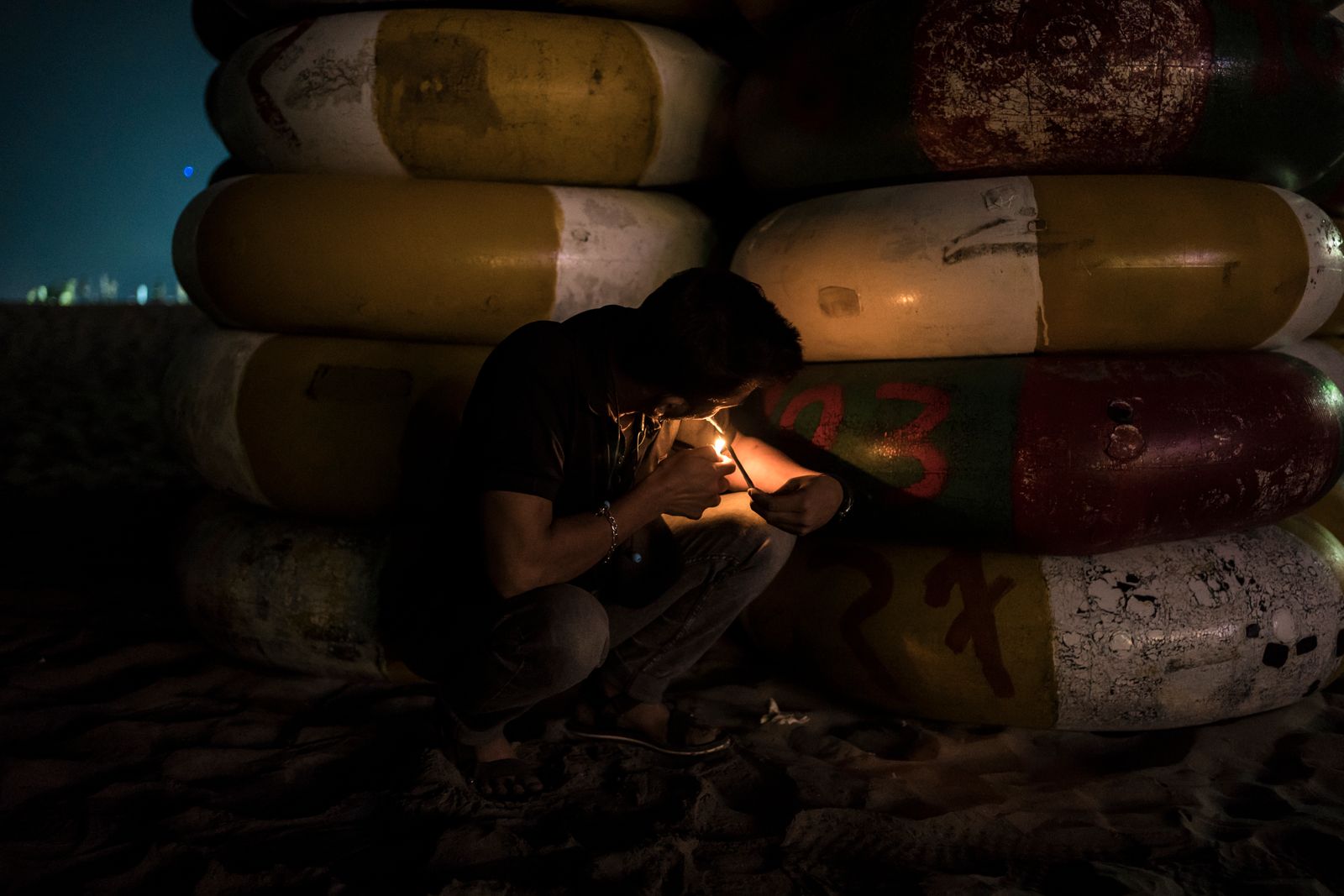 Yaba translates as the "madness drug," and users get a boost of energy, go days without sleep and hardly eat. It makes users feel more confident and energetic and is thought to be 20 times stronger than Ecstasy. In some places, a pill costs less than a beer. Bangladeshi authorities believe that there are around 7 million drug addicts in the country, with 5 million of them hooked to Yaba. 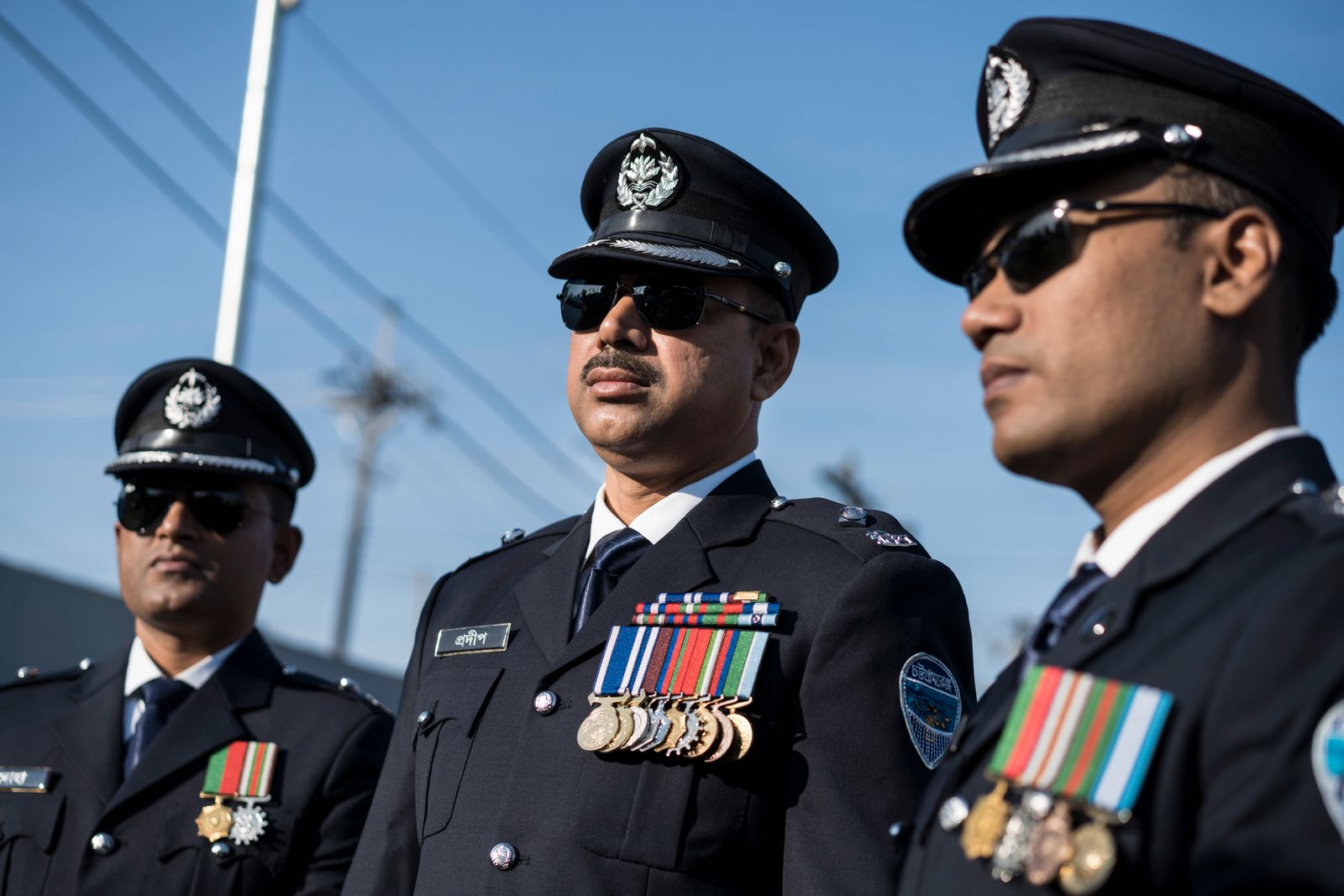 The government in Dhaka has launched a broad campaign to get rid of the drug, with security personnel focusing on apprehending addicts and their dealers. Pradip Kumar (center) is the police chief of Teknaf and is responsible for anti-drug operations in the far south of the country. 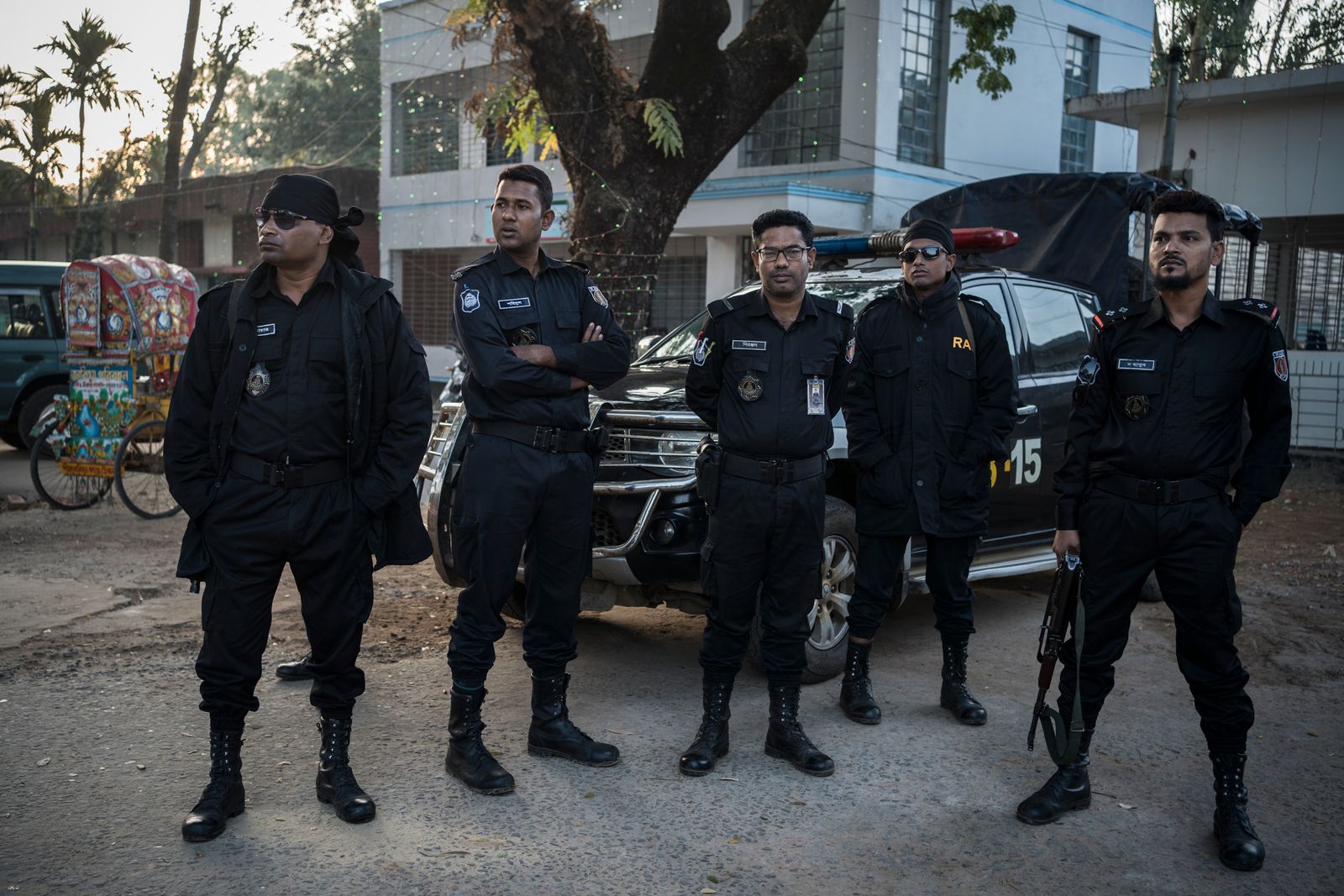 The Rapid Action Bataillon (RAB) is an elite police unit responsible for fighting crime and terrorism. In southern Bangladesh, such as in Teknaf and along the border with Myanmar, the unit is also used in the fight against the drug trade. According to the human rights group Amnesty International, RAB forces are thought to have killed hundreds of people as part of the anti-drug campaign without any legal proceedings whatsoever. In 2018, Amnesty believes that 466 extrajudicial killings took place in the country. Bangladeshi authorities often claim that the victims lost their lives in "gunfights." 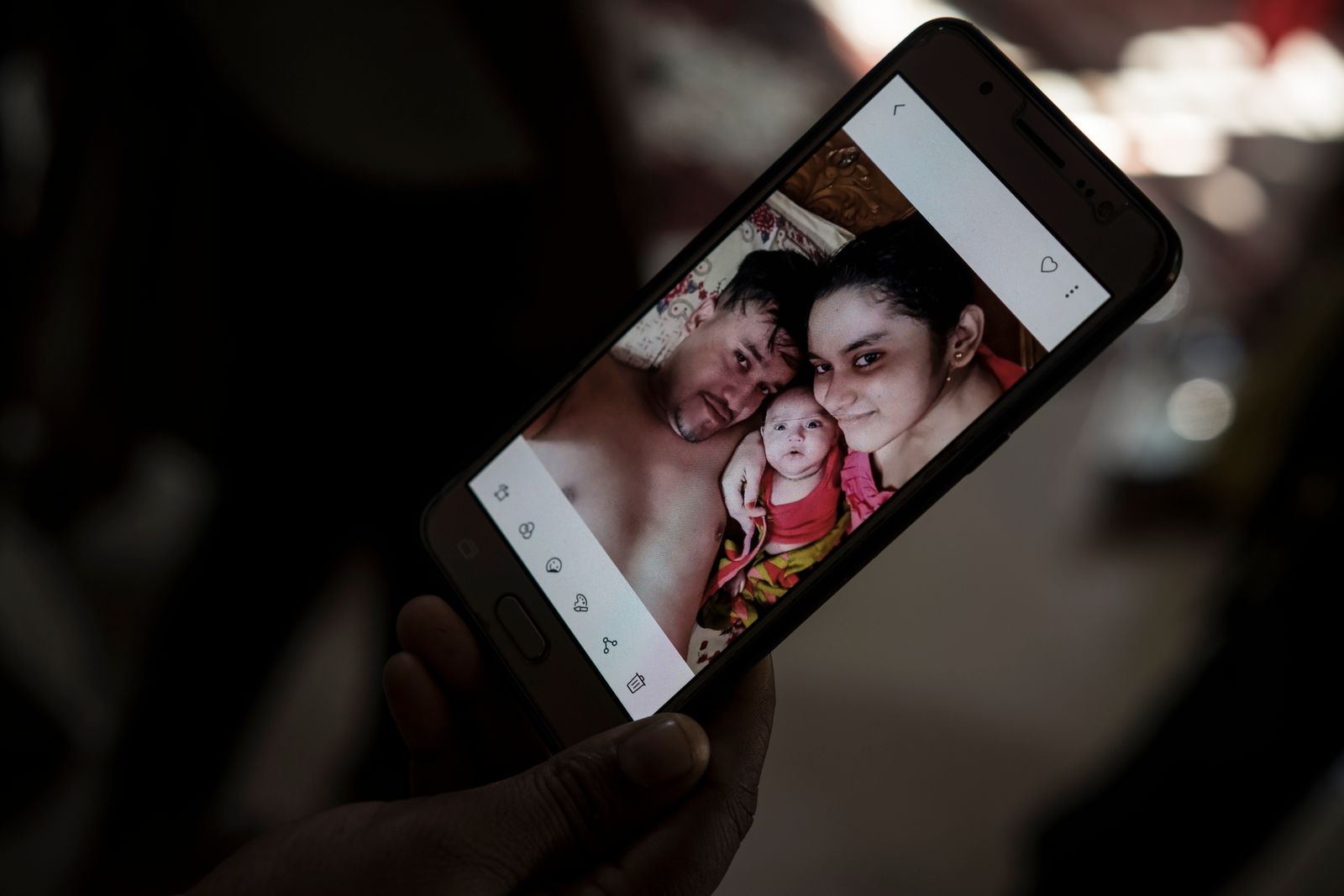 Noor Hafez, 32, and Mohamed Sohel, 27, both lost their lives in such a "gunfight." The two men were arrested during a raid by the elite unit on suspicions that they were selling Yaba. The photo on the mobile phone shows Sohel with his wife and daughter a few weeks before he died. 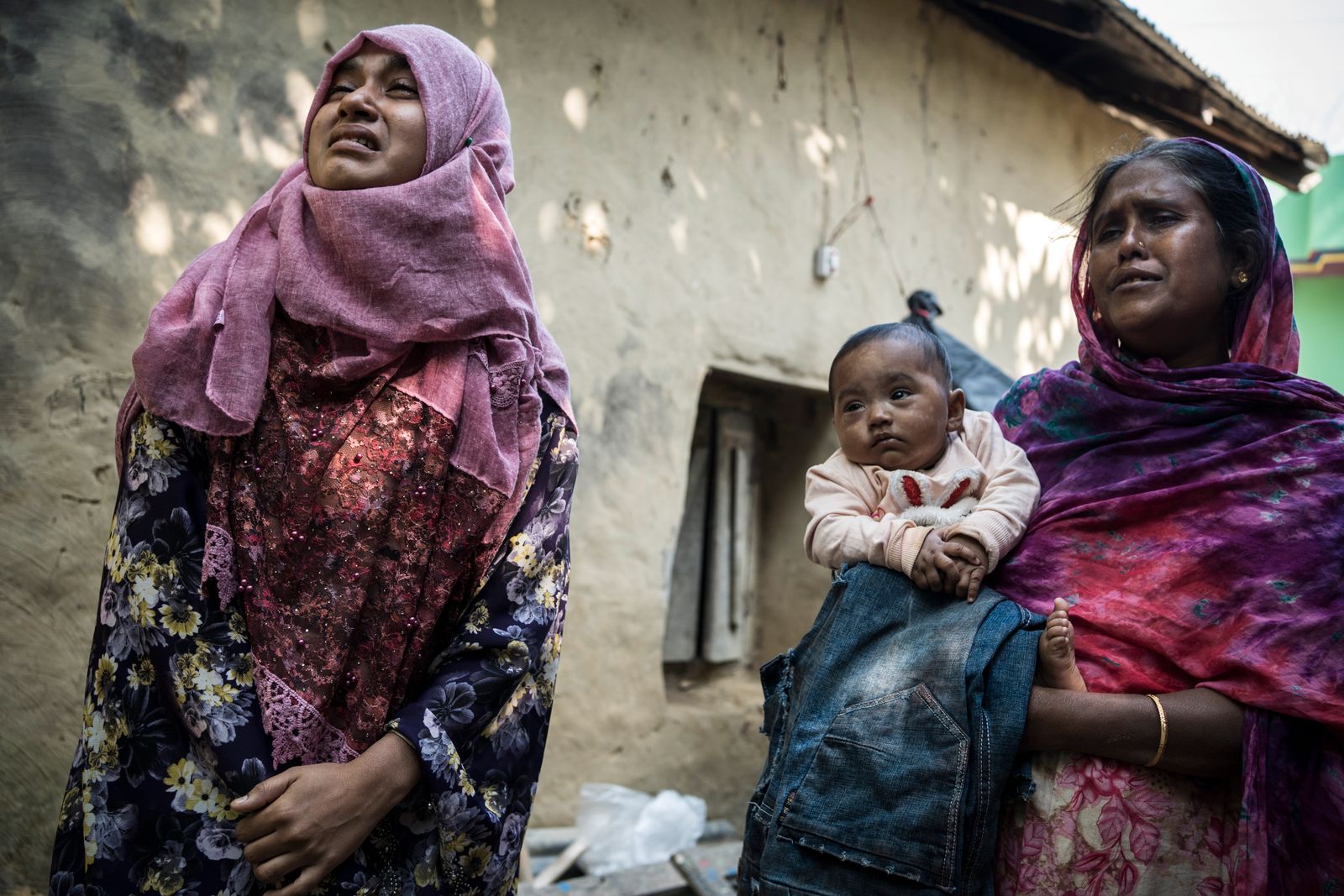 Sohel's wife, his mother and his daughter in mourning. After police arrested the two men, they were forced to pose in front of a pile of drug packages, ammunition and weapons that had allegedly been found in their possession. Subsequently, they were taken to a village near Teknaf to identify additional hideouts and accomplices. The drug dealers there immediately opened fire and Sohel and Hafez died in the gunfire. That, at least, is the official story told by the police. 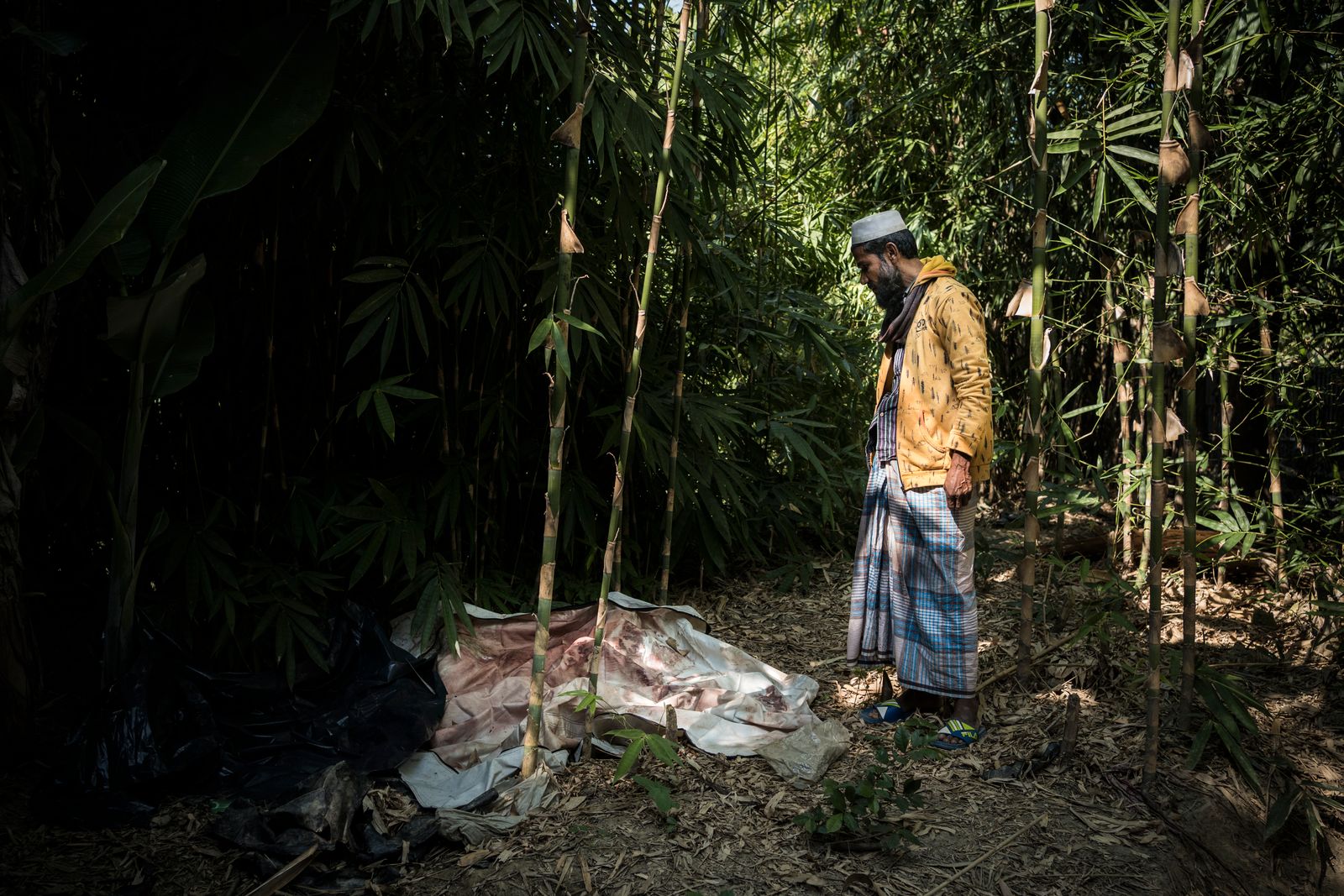 Friends and relatives of the two men don't believe the police version of events. They believe that Noor Hafez and Mohamed Sohel were executed by RAB troops. A friend of Sohel's family is seen here standing at the site where the young man's body lay. The tarp that covered his body is smeared with blood. 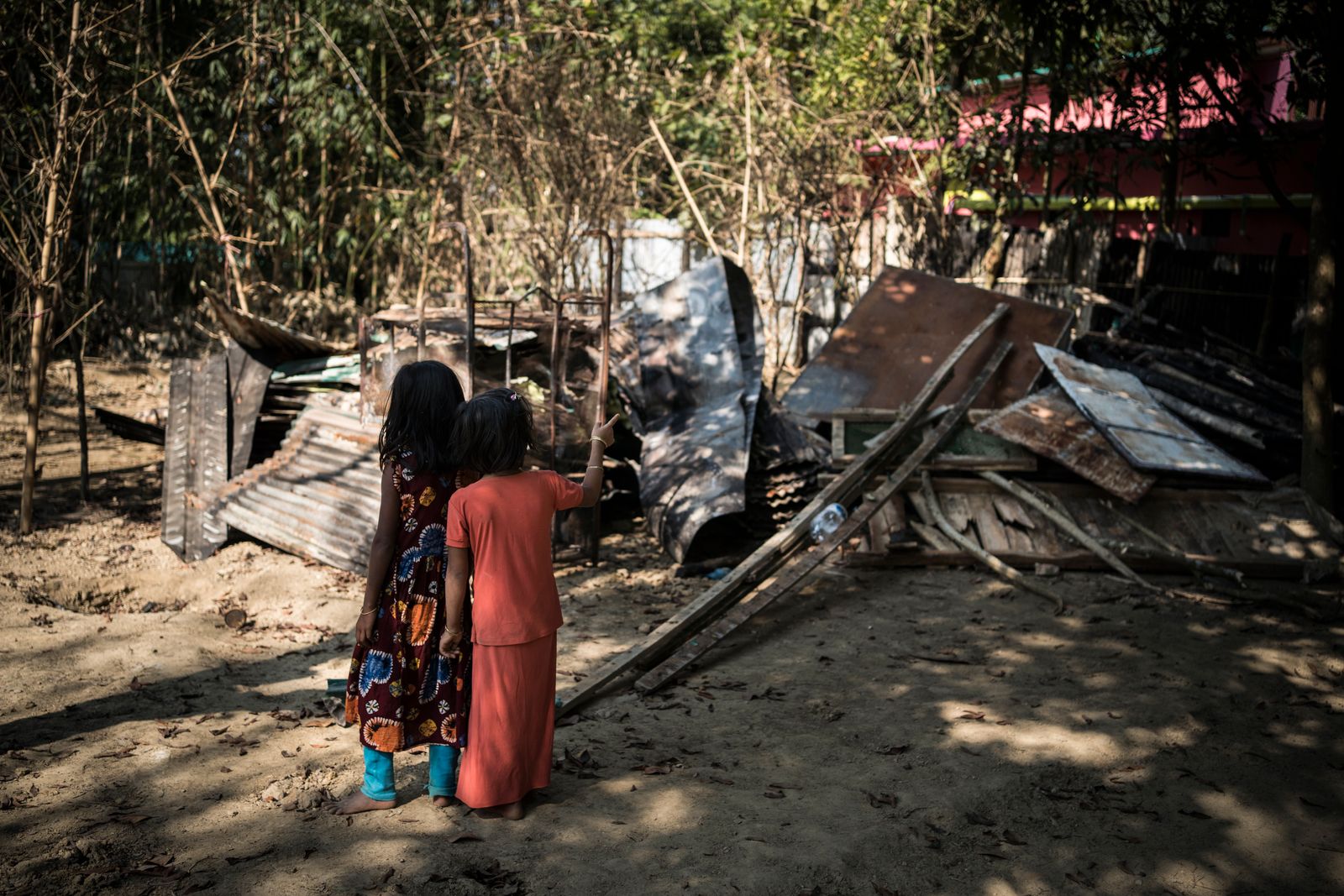 The remains of Noor Hafez's house. It was set on fire before he was allegedly shot to death by the police. French photographer Olivier Jobard and investigative journalist Charles Emptaz have investigated the case of the two men and discovered numerous inconsistencies. Their reporting seems to indicate that the two men were executed by the authorities. 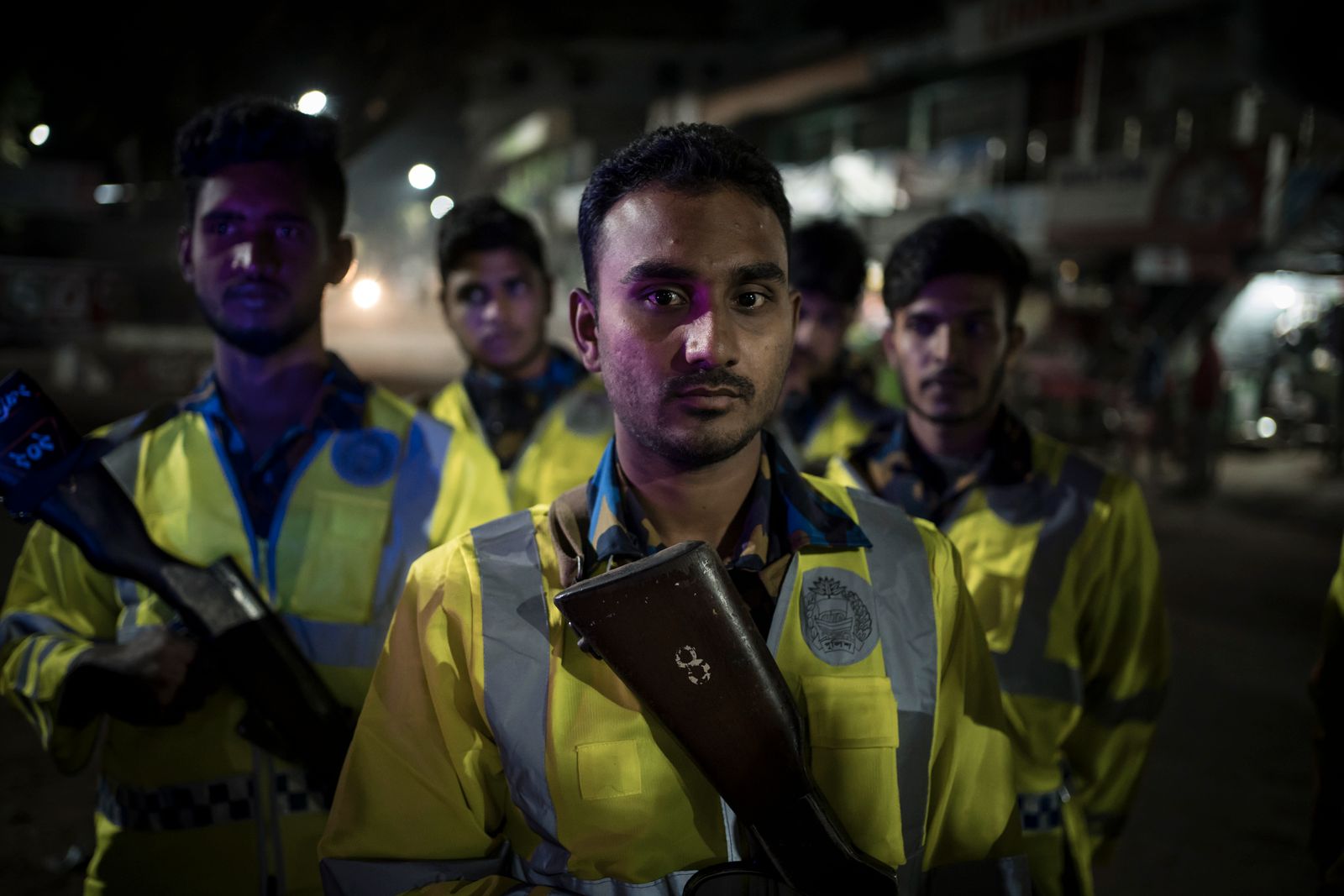 An anti-drug unit patrolling the streets of Teknaf at night. They are searching for Yaba dealers and users.

Police search a group of young men. Although it is nothing but a spot check and the men show no signs of having used Yaba, they are forced to completely empty their pockets and put all the contents on the ground. 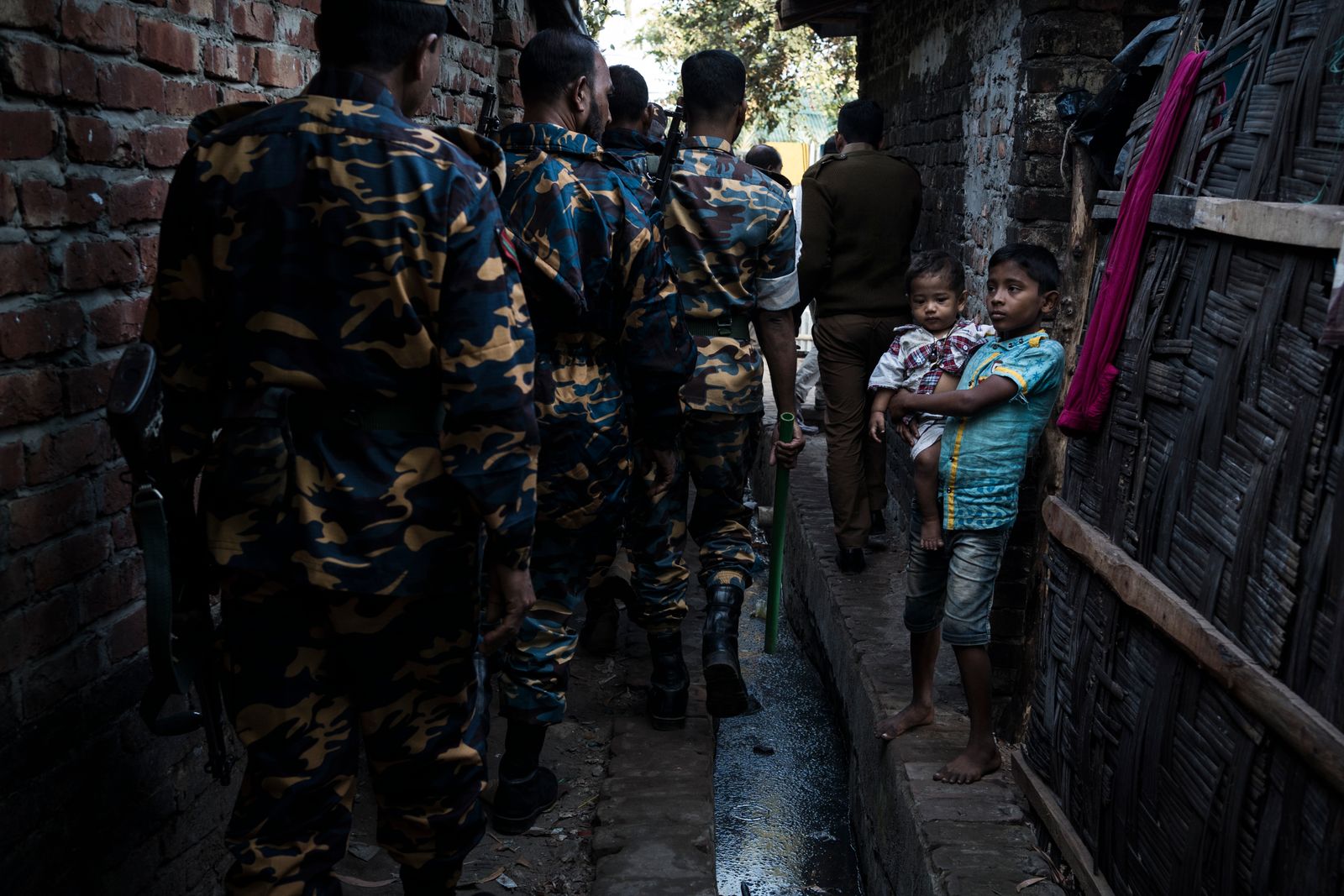 Checks are also performed in Teknaf during the day. Here, a police unit patrols the narrow streets of the small town in the search for Yaba users. 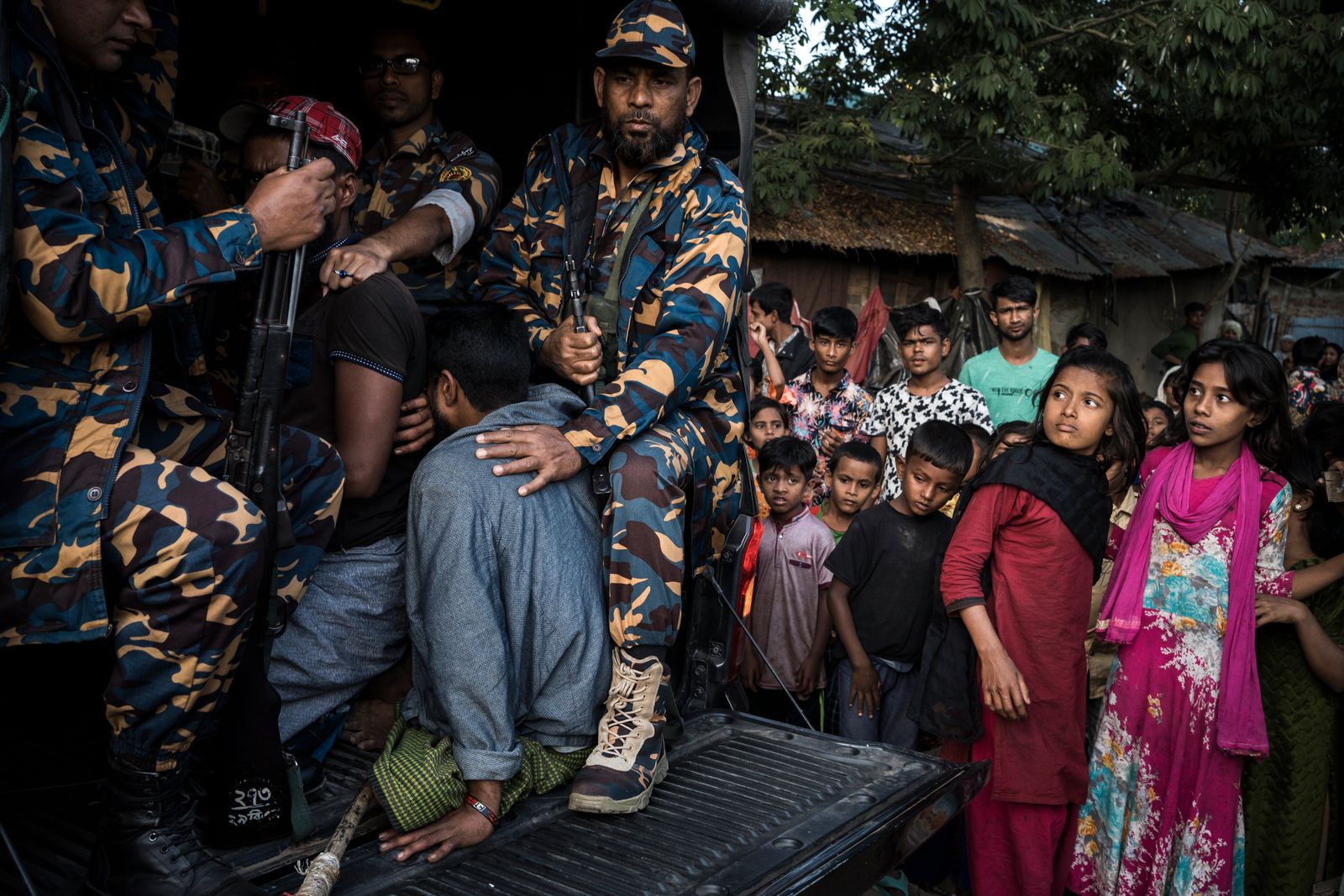 The unit has apprehended three Yaba users. The men are arrested in front of a crowd of onlookers and transported to the nearest police station. The minimum sentence for drug possession is two years in prison, while those found in possession of larger amounts can be sentenced to death in Bangladesh.