It all started for documentary filmmaker Lina Alabed when her beloved push bike was taken away. The reason? Puberty. In Syria, where the half Palestinian, half Egyptian woman, who holds a Jordanian passport, grew up, being on a bicycle was apparently no place for a young woman.

This led the journalist, now 31, to begin a filmed, 50-minute investigation of how Syrian women deal with living in a repressive, male-dominated society. Her documentary "Yearning," which recently premiered at the third annual Doha Tribeca Film Festival in Qatar, was the result. In the film, Alabed, who trained as a journalist in Damascus and whose previous work on similar subjects had won her awards in Syria, conducts exhaustive and thorough interviews with two Syrian women who, on the surface, could not be any more different.

One, Asmaa Kuftaro, is the granddaughter of influential Syrian religious figure Ahmed Kuftaro, who was the Grand Mufti of Syria, the highest official among Sunni Muslims in the country, until his death in 2004. Kuftaro wears a veil and lives according to Islamic principles, as does her affluent family. Meanwhile, Lina Chachati, an upper-middle class Christian woman in her late forties, runs a fashion boutique, smokes and drinks and wears low-cut outfits while telling her life story to the filmmaker.

Both subjects go into detail on camera about intimate aspects of their lives -- and although their experiences are often divergent, they share many telling similarities.

As filmmaker Alabed notes, "It's not about religion, it's about society and societal norms." Both Kuftaro and Chachati talk about how they knew almost nothing about sex before they married, how their family lives were dominated by male wishes and how they both had to be careful when expressing the desire for equality that they shared.

In an interview with SPIEGEL ONLINE, Alabed discusses her film, the role Syrian women are currently playing in the revolution in that country and how the Arab Spring is changing the lives of women across the Middle East and North Africa.

SPIEGEL ONLINE: Ms. Alabed, there are a lot of clichés about women in the Middle East region that a Western audience expects to hear -- namely that they are repressed, under-educated and don't enjoy the same rights as men. Do Arab women really want more rights or are Westerners imposing our views of freedom on them?

Alabed: This isn't about wanting what Western women have, it's about basic human rights. I don't think Arab women want to be like Western women. There are problems for women in the West too, but I do sometimes think that Arab women see them as an example of what it would be like to live a life that is freer. The issue, whether they are Western or Oriental, Christian or Muslim, is about women having the right to determine their own destiny.

SPIEGEL ONLINE: Has your documentary been shown in Syria?

Alabed: No. There are censorship issues, and I also wouldn't want to create any problems for Lina and Asmaa. They were very honest and they're brave women. I'd have to ask them first. There are also safety issues. I spent over a year looking for subjects for the documentary and asked over 100 women. We were supposed to shoot it with four women in the beginning, but one pulled out a week before we began. And we were forced to cut out the third woman after filming because her brother found out she was involved in the documentary and threatened to kill her. I'm not sure he actually would have done that, but he was very threatening.

SPIEGEL ONLINE: What sort of role are Syrian women playing in the revolution there? In many traditional Islamic societies, women are generally expected to stay home and not take part in events like public demonstrations.

Alabed: Syrian women are certainly playing a role. There are people like Razan Zaitouni (a lawyer and founder of a Syrian human rights organization) who is very courageous. Such overtly activist women tend to be exceptions though. You'll also find women in the suburbs and rural areas who are not as educated but who will still do things like prepare sandwiches for the protestors or help hide people who may be in trouble.

SPIEGEL ONLINE: How has the Arab Spring changed conditions for women -- both in countries that have seen their leaders overthrown and others that have not gone as far? And should women's issues take a back seat to general political ones at the moment?

Alabed: It's all related. It's not like we can only speak about freedom and forget about women's rights. In general, though, I don't think you can talk about women's rights and freedoms in a society that has no say in -- or no ability to make decisions about -- its own future and is not free. These kinds of mobilizations must have an impact on society in general. For example, this is something I was really thinking about when the Syrian revolution began: In my film, there is a section about how Syrian men are allowed to look at women in a bad, almost sexually predatory, way. But these same men are the ones who are going out and calling for freedom. And these men won't be thinking about what a woman is wearing, her body or her sex when she is standing with him on the street. It's a very sexist and macho society, but I think when these taboos are swept away, we will be a better society. I believe what is happening now is making a difference.

SPIEGEL ONLINE: You moved to Beirut around a year ago. Do you still have your contacts in Syria?

Alabed: Yes, my family is there and my friends, some of whom have been in prison. What I really hope for is an end to the violence. Something else I've noticed is the courageous attitude of the Syrians who are protesting. It's very surprising.

Alabed: Because they don't seem to be afraid. It is not easy to live under the Syrian regime, but the protestors seem to have no fear. They keep going into the streets. They will stay on there until they get their freedom.

SPIEGEL ONLINE: What do you think has enabled Syrian protestors to shed their fears?

Alabed: It's a question of human dignity. Once it's gone, once you have lost a father or a son, you have nothing left to lose.

SPIEGEL ONLINE: Apart from the last lines in your documentary, where you talk about how no one can ever be free in a society that is afraid of itself, you make few overtly political statements. Even though you now live outside Syria, at times it feels like you held back in the film.

Alabed: It is very difficult to make anything that is critical of the Syrian regime, even in Beirut. The situation there is confusing and difficult and there is a lot of pressure on the Lebanese government, because certain parties there support the Syrian regime. You have to be careful about what you say. 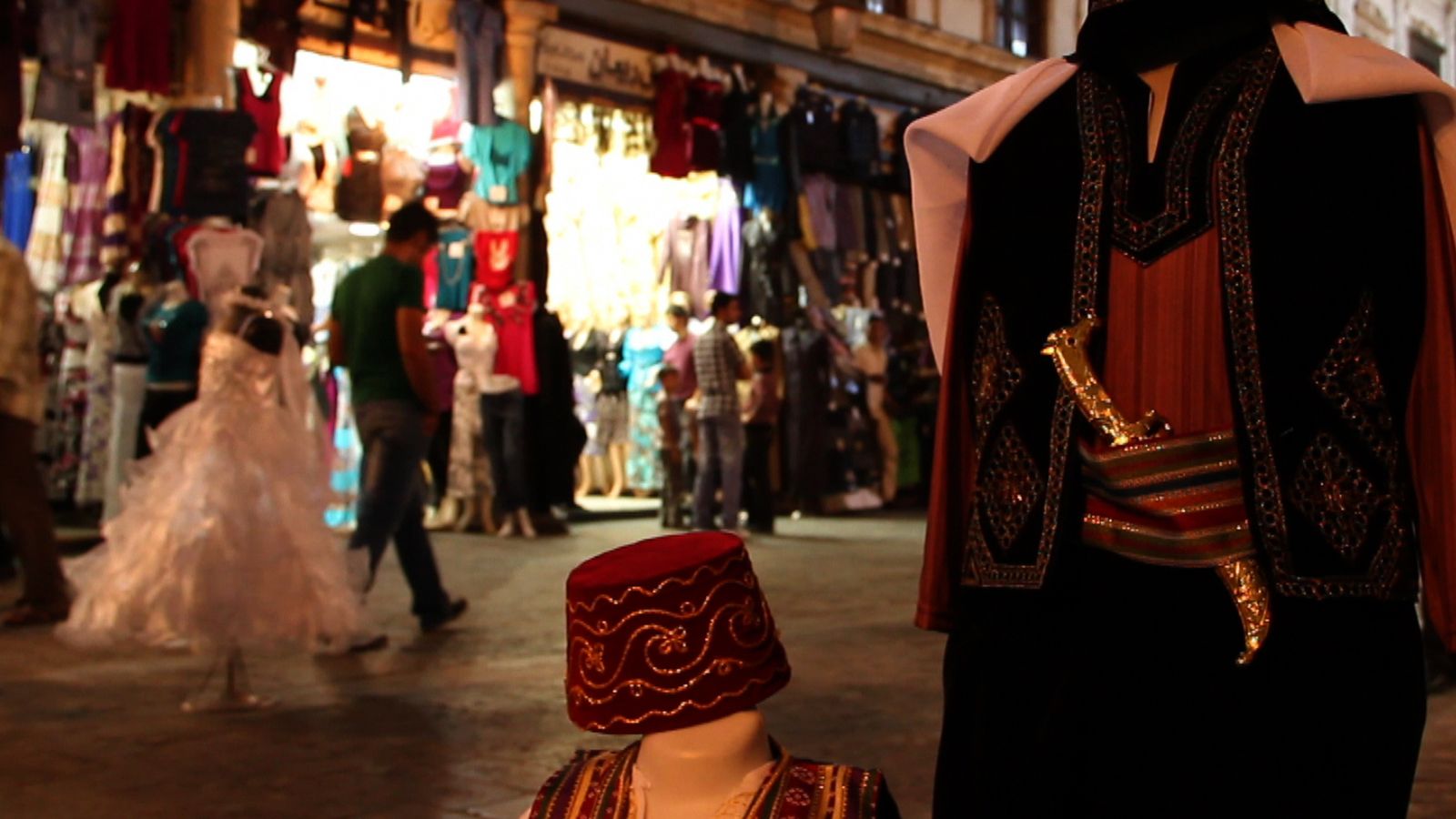