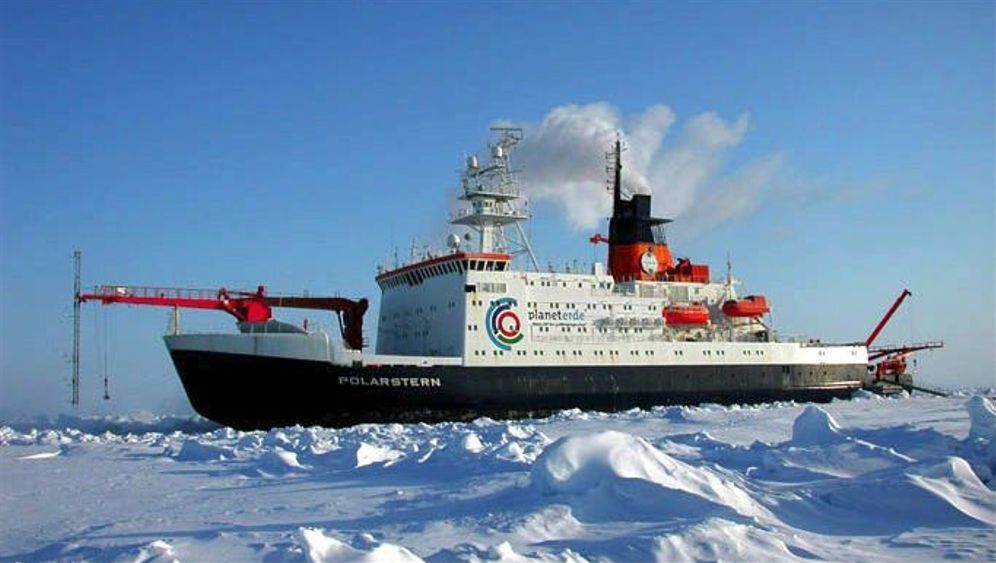 Photo Gallery: The Race for the Arctic

As head of Germany's world-renowned Alfred Wegener Institute for Polar and Marine Research, Karin Lochte always has a sophisticated aircraft at her disposal. The Polar 5, a converted DC-3, is packed to the gills with high-tech measuring equipment. It can land on skis and is capable of performing well in even the iciest of conditions.

Nevertheless, large segments of the Arctic are off limits for Lochte's polar pilots. "We would have to fly over the entire northern region to document changes in ice thickness," says Lochte. "So far, however, we haven't been given approval for the marine areas near the Siberian coast"

The Russians cited military concerns as their reason for withholding the requested permission.

What happens in the Arctic in the coming years and decades is everyone's business. The Far North has a decisive impact on the climate of the entire planet. Temperatures in the region are rising at higher rates than elsewhere in the world, which affects people and the environment far away from the Arctic. The German scientists' data are urgently necessary to understand these changes.

"This is why we need access to allow our scientists to move about and work throughout the entire Arctic," says polar scientist Lochte. She is now getting prominent support for her demand. German Foreign Minister Guido Westerwelle, a member of the pro-business Free Democratic Party (FDP), is hosting an international conference on the Arctic in Berlin on Thursday, where the key topic will be future polar research. Westerwelle's experts are pushing for an agreement that would benefit all scientists, not just those from Germany.

However, unfettered access for scientists isn't the only interest Germany is pursuing in the Arctic. From fish to natural resources to shipping routes, the region is of great interest for Germany, according to officials at the Foreign Ministry. The diplomats are worried that the five countries bordering the Arctic -- Russia, Canada, the United States, Norway and Denmark -- plan to divide up the previously ice-covered ocean among themselves. They argue that there is a risk that the Arctic could be completely nationalized when the sea ice melts, providing access to the sea floor.

The countries bordering the Arctic have already submitted territorial claims to this effect to the United Nations. Germany, however, wants to ensure that the region remains the "common heritage of all mankind," say Foreign Ministry officials in Berlin. The five countries bordering the Arctic, on the other hand, feel that Germany should not intervene in their affairs.

"No one others than the coastal nations should be concerned about the question of overlapping territorial claims in the Arctic," says Rolf Einar Fife, chief international law expert at the Norwegian Foreign Ministry.

For the Danes, European Union solidarity ends at the Arctic Circle. Countries like Germany are only welcome as "guests," say Danish polar strategists. Russian politician Artur Chilingarov, who is a keynote speaker at Westerwelle's conference, planted the Russian flag on the Arctic sea floor in 2007 using a submarine equipped with a robotic arm.

But the German Foreign Ministry remains undeterred. Of course Germany respects the direct jurisdiction of the countries bordering the Arctic, as well as maritime law, say officials in Berlin. They argue, however, Germany and other countries should also be given a say in what happens in the region.

An Effort to Change Minds

Natural resources that will become much more accessible when the Arctic ice melts are of critical importance for a high-tech country. A similar argument holds true for the possibility of transporting German goods to Asia through the Northwest Passage and the Northern Sea Route off the Russian coast. Germany wants the five countries bordering the Arctic to recognize that other countries have an interest in using the Arctic.

For this reason, a representative of China, which pursues interests similar to Germany's, was also invited to the Berlin conference. Experts, however, express skepticism about the chances of changing Artic countries' minds. Rüdiger Wolfrum, an expert on international law and a judge on the International Tribunal for the Law of the Sea in Hamburg, views the trend with concern.

"If this continues, the sea floor, with a few small exceptions, will be largely nationalized," he warns. If this cannot be prevented, Wolfrum believes that the prospects are not good for the German polar scientists and their airborne expedition. "The German scientists will probably have to put up with considerable restrictions," he said.

Meanwhile, Lochte of the Alfred Wegener Institute is paving the way for the construction of a new icebreaker, the Polarstern II. She has also just spent €8 million ($11 million) on a new aircraft, the Polar 6.