In summer 2016, German national team player Ilkay Gündogan transferred from Borussia Dortmund to Manchester City. Gündogan was a player that world-famous trainer Pep Guardiola badly wanted to have, someone he had apparently wanted to sign back when he was coaching FC Bayern Munich. Despite a knee injury, Gündogan moved to England, making his comeback on September 2016 in the Champions League match against Borussia Mönchengladbach. But then, in December, came the next shock for Gündogan, Pep and Man City fans: a torn ligament. 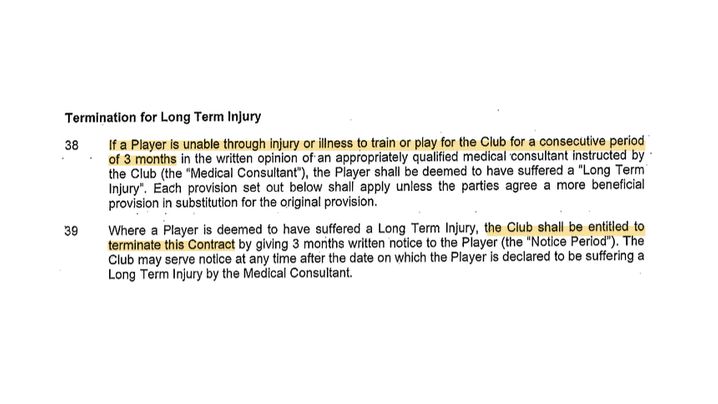 Don't Get Injured: The Unfair Rules in Women's Football

Ligament tears are one of the most common injuries in football, and it doesn't always require an encounter with an opponent. A wrong movement or an unfortunate twist can sometimes be enough. And recovery takes a while. Gündogan was off the pitch for eight months.

Nevertheless, he was secure in the knowledge that he would continue to receive his full salary during the forced layoff. And that he would still be part of Manchester City when he returned.

That assurance, however, does not cross the gender gap. A player for the Women's Super League (WSL), England's top female league, would be well advised to avoid injury if they can. Because the standard contracts from the English Football Association treat serious injuries suffered by female athletes differently than those suffered by their male counterparts. And compared to male Premier League players, female WSL players are severely disadvantaged. This difference is revealed by documents from the whistleblower platform Football Leaks, which were obtained by DER SPIEGEL and examined together with members of the journalism network European Investigative Collaborations (EIC).

The contracts offer a glimpse into the disparate treatment of men and women in professional football. The fact that women's football brings in much less money, and the players have always earned a fraction of their male colleagues' salaries as a result, has long been accepted as established fact. In a departure from other industries, hardly anyone in the sector has aggressively criticized the circumstance. But the fact that women also face structural, contractual inequalities is a new revelation. And the fact that these contractual inequalities exist in England, where professional football has greater financial wiggle room than anywhere else on the planet, is nothing short of cynical.

Clauses 38 to 41 in the female football players' standard contracts regulate "Termination for Long Term Injury." A long-term injury refers to a situation where a player cannot play or practice for three consecutive months because of an injury or illness. If a female player has such an injury, then the club is entitled to terminate the contract.

Gündogan, by contrast, hardly needs to worry about his job at all in the case of injury. He's on a men's team, after all. He can be absent for 18 months before his contract is terminated, which means he has six times more time to heal and return to the sport than his female counterparts.

Even though a female player in England has never been fired because of a torn ligament, it would be theoretically possible given the current contracts. When told of this situation, Maren Mjelde, a player at FC Chelsea and captain of the Norwegian national team, said: "I think it's horrible that this is in the contracts, and I think they should remove it." She said that she has not been witness to anyone losing their job as a result of a long-term injury at Chelsea.

But even if the female players are allowed to stay with their current clubs, they might eventually notice their injury impacting their bank accounts. Other contractual passages are also worse for women than for men. In clauses 34 to 37 of the WSL's standard contract, it says players receive their "basic wage for a maximum of 6 months from the date of the injury or illness." After that, it says in the contract, they are to receive statutory sick pay in accordance with applicable law.

Players in the Premier League, meanwhile, receive their basic wage "over the first 18 months" -- and half their pay for the rest of the down-time after that.

England's Football Association, which is responsible for the standard contracts, didn't respond to a query as to whether this configuration constitutes gender discrimination. An FA spokesperson said the contracts had been drawn up to satisfy the "unique demands of the women's football pyramid." The spokesperson said that the association would establish a Women's Football Consultative Group in 2019 and regularly review the contracts.

The current contractual discrimination is also present in the contracts of German national team players Tabea Kemme and Pauline Bremer. Kemme transferred to Arsenal this summer, after 12 years with Turbine Potsdam. Like Gündogan, Bremer plays for Manchester City, having transferred there from Lyon in summer 2017. The first time she played as part of the starting line-up, in the third game of the season, the striker immediately fired in a goal. About 20 minutes later, she broke her right leg. She hasn't played for Manchester City ever since.

The team hasn't dropped her. Contractually, though, it could do so.