A number of developing nations have sold or leased much of their farmland to foreign investors. The list is led by Liberia, whose arable land is 100 percent under foreign ownership.

The process is known as "land grabbing," and it is affecting countries in Africa, South America, Asia and Eastern Europe. Around half of the farmland of the Philippines is owned by foreign investors. In Ukraine, American companies have secured over one-third of the country's farmland.

Population growth in countries like India and Brazil is driving up demand for cereal crops, and investments in farmlands offer the chance of solid returns.

In many cases, the population suffers from this new form of colonialism, and the planting of monocultures tends to sap the soil. 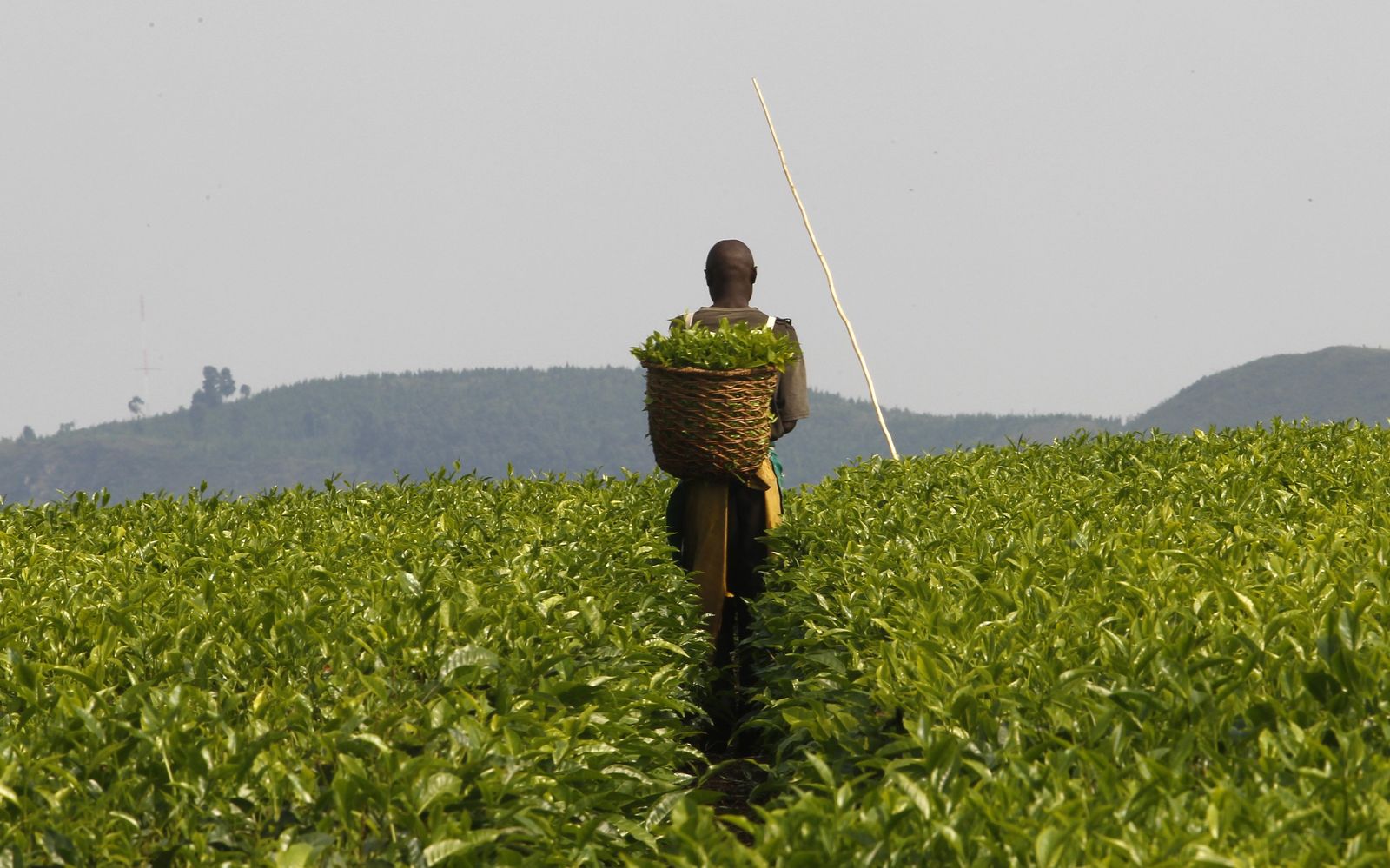 A tea farm in Uganda 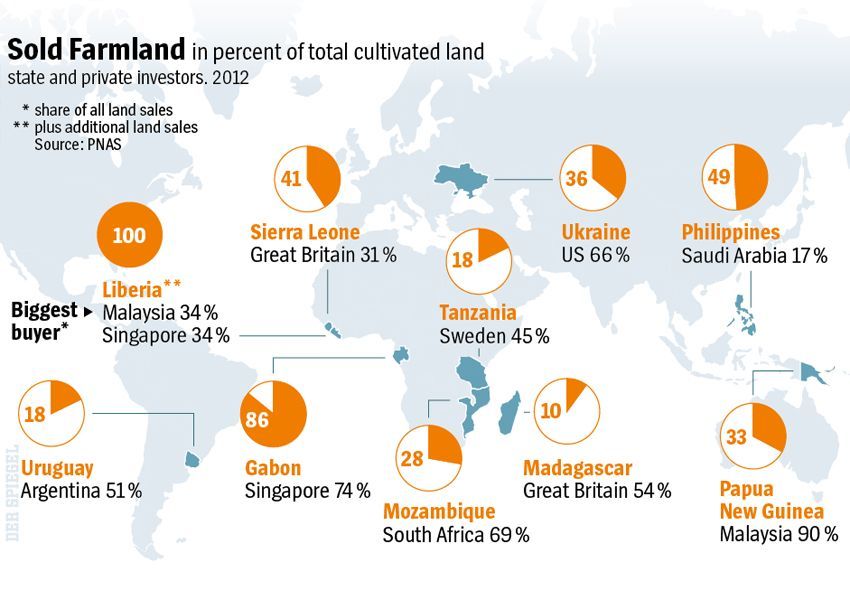 Graphic: Land-Grabbing Around the World.