SPIEGEL: Mr. Foreign Minister, on Wednesday, Vice President Mohamed ElBaradei resigned in protest over the forcible clearing of the Islamist protest camps. Do you understand him?

Fahmy: It was his personal decision, and he explained it. It's not for me to judge it or comment on it.

SPIEGEL: ElBaradei justified his resignation by saying that not all possibilities for a peaceful solution had been exhausted yet, and that he didn't want to be responsible for the predictable bloodshed.

Fahmy: What's at stake here is not the opinion of an individual, but something larger. It's about Egypt and the country's future -- and about the safety of its citizens.

SPIEGEL: You are viewed as the liberal face of the transitional government. How could you support the decision to clear the protests with brute force? Don't you bear part of the blame?

Fahmy: You act as if there were no violence coming from the other side. We gave the Muslim Brotherhood enough time to back down. The clearing of the protest camps made it apparent that they had no interest in doing so. We found weapons stockpiles and ammunition. The Muslim Brothers were seeking confrontation.

SPIEGEL: But this was completely out of proportion with the massive deployment of the security forces and the loss of human life. 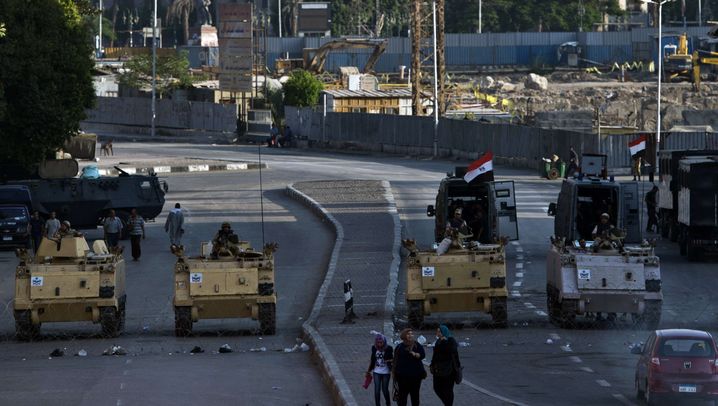 Fahmy: As much as I regret the loss of every human life, the protest camps were a serious security problem that we had to resolve in the interest of this country. No country in the world would have tolerated this lawless state of affairs any longer. It was a unanimous decision by our cabinet…

SPIEGEL: …which is dominated by Gen. Abdel-Fattah el-Sissi, the defense minister and commander-in-chief of the military.

Fahmy: Stop reducing Egypt's problems to individual people. As you can see by the burning churches and attacks on police stations, fanatics pose an enormous challenge to our security. Even so, we are still interested in dialogue.

SPIEGEL: Isn't it more accurate to say that Egypt is on the path to a military dictatorship?

Fahmy: As soon as peace and order have been restored, we will begin a dialogue involving all societal forces. We will discuss the role of religion in politics and have serious conversations about what position the military should have in a new Egypt. I trust the military, and I'm sure that it's not about power for the officers. They'll remain in the barracks.

SPIEGEL: Do you really think there's any chance for national reconciliation?

Fahmy: Lives have been lost on both sides, including among the security forces. We must put an end to the violence. Just look at the weapons some demonstrators in Cairo are carrying with them today, on this Friday. This no longer has anything to do with a political conflict.

SPIEGEL: Many say that the security forces deliberately sought escalation to justify the declaration of a state of emergency.

Fahmy: I think that's absurd. The state of emergency that has now been declared is limited to four weeks. No one in Egypt wants to return to a dark age. Millions of my countrymen didn't take to the streets against (former President) Hosni Mubarak for nothing. They won't accept it if the country now remains in the current state of emergency for the long term. We want to continue along the path to democracy.

SPIEGEL: Without the members of the Muslim Brotherhood?

Fahmy: No, with them. They have their party. Those who haven't broken laws and haven't become criminal can participate in the political process -- within the framework of the new constitution, which we are now developing.

SPIEGEL: But even moderate Islamists want to see Gen. el-Sissi and the interior minister, who is responsible for the police, put on trial.

Fahmy: I won't engage in such a discussion. I'm responsible for foreign policy.

SPIEGEL: You are also hearing sharp criticism from your counterparts in Europe, who say that you have received repeated warnings about the consequences of escalation. Can you afford to ignore the advice of your friends?

Fahmy: Part of being friends is that we make it clear how serious the security problems are. I guarantee you that we want to stick to the roadmap headed toward democracy. I advise whoever accuses us of proceeding with excessive severity not to pass judgment on the basis of snapshots, but instead to get a more comprehensive picture.

SPIEGEL: And is that enough for your counterpart, German Foreign Minister Guido Westerwelle?

Fahmy: I can see no difference between my Western counterparts and me. We have already addressed all of their concerns, and we've even given lengthy consideration to their calls for moderation. I'm disappointed by the fact that the West is not noticing more clearly and condemning the violence on the other side.

SPIEGEL: What do you expect from Berlin?

Fahmy: That our friends sympathize with us; that they recognize that this is an Egyptian problem that we Egyptians must solve. We expect a united international front against perpetrators of violence.

SPIEGEL: The US government could cut off financial aid to Egypt if the bloodshed continues.

Fahmy: The only thing that worries me is the current situation in Egypt, not the position of another country. 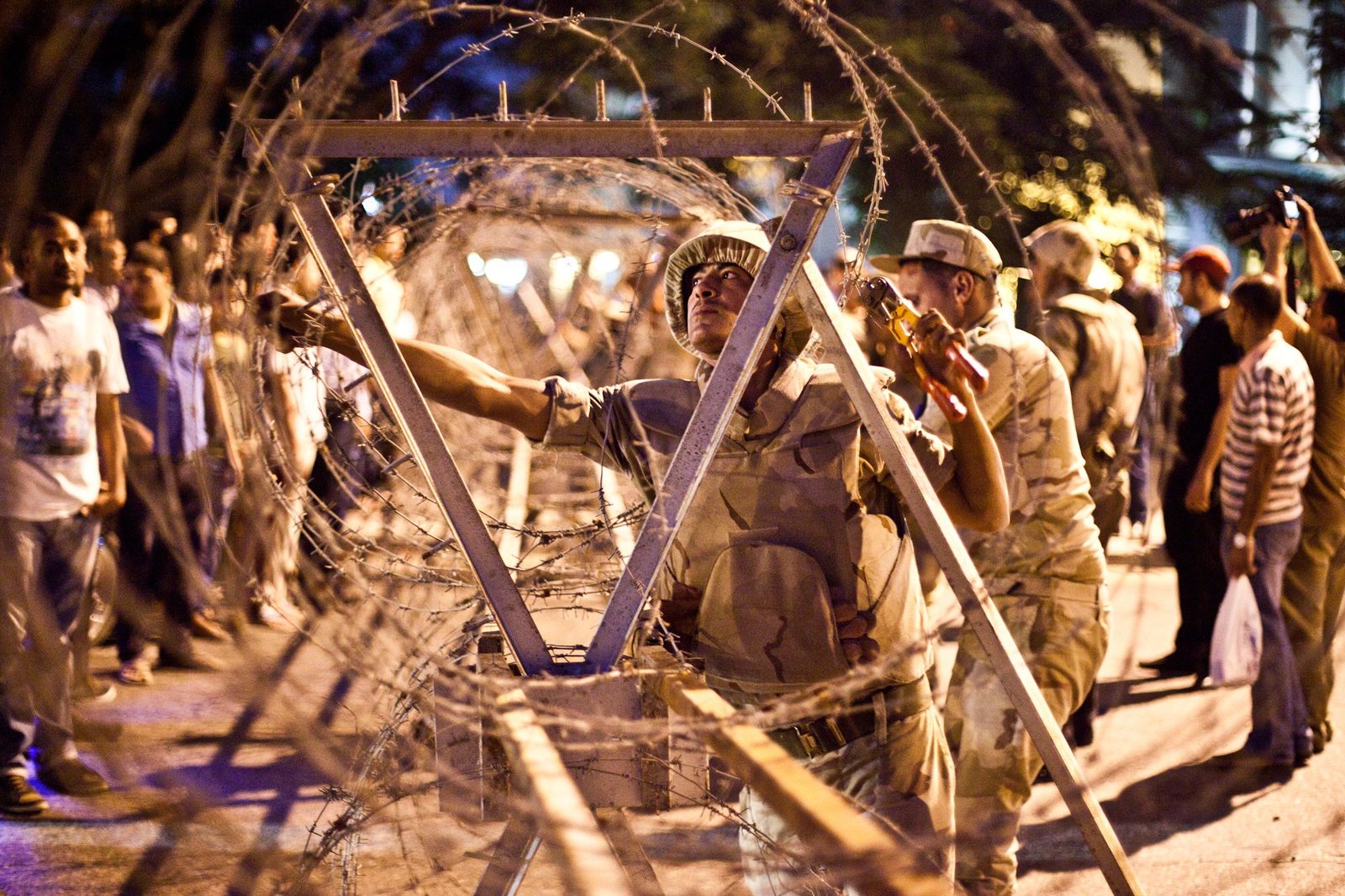