SPIEGEL: More than 100 people have been killed in the recent series of attacks in Afghanistan. What are the perpetrators seeking to achieve with this new wave of violence?

Saleh: The Taliban have a reputation for brutality and mercilessness to defend. Their new leader Mullah Akhtar Mansoor wants to prove that he can maintain these capabilities. All the major attacks require enormous military and financial resources. They are planned and executed with the aid of ISI, Pakistan's secret service. The aim of the attacks is to establish Mansoor as the new strong man. The violence is intended to show that the Taliban brand still exists, and the message as the same as before -- that the Taliban is united and powerful.

SPIEGEL: Why was the death of Mullah Omar, his predecessor, kept secret?

Saleh: We don't know if he died two years ago or five. The only thing that is certain is that Mullah Omar was living under the patronage of the ISI. Pakistan always denied this, just as the leadership in Islamabad denied that Osama bin Laden lived in the country with their protection. But how can we lead a peace process together with Pakistan when everyone lies -- from the army chief right up to the president?

SPIEGEL: Why would the new Taliban leader want to work closely together with Pakistan? He's an Afghan, after all.

Saleh: The Taliban can only continue to fight in this way with help from the ISI. Mansoor will now be provided with the necessary resources in order to solidify his authority and keep opponents within his own ranks in check.

SPIEGEL: Why is Pakistan even striving for dominance over Afghanistan?

Saleh: Since its founding in 1947, Pakistan has remained an artificial state that is uncertain of itself. The country is under major geopolitical stress -- in large part because of its rivalry with India. The expansion of its influence over Afghanistan is important to Pakistan because it gives it a feeling of strength. And they think they are reaching the finish line. They think NATO is withdrawing and the US mission will be reduced to embassy activities only. They think Kabul will come under Taliban pressure. This is the false belief they are banking on.

SPIEGEL: The NATO combat forces are unlikely to return to Afghanistan. What will happen?

Saleh: We don't want Western troops. We want political support and recognition of what is happening here: a Pakistani war with the help of its henchmen against the government in Kabul and the country's people.

SPIEGEL: Is there any hope whatsoever for peace?

Saleh: Of course peace will be possible. It will be realized sooner if Pakistan sponsored terror is stopped. It will also be realized otherwise, but it will take time.

Amrullah Saleh, 44, is an Afghan politician. He formerly served as Afghanistan's head of intelligence. 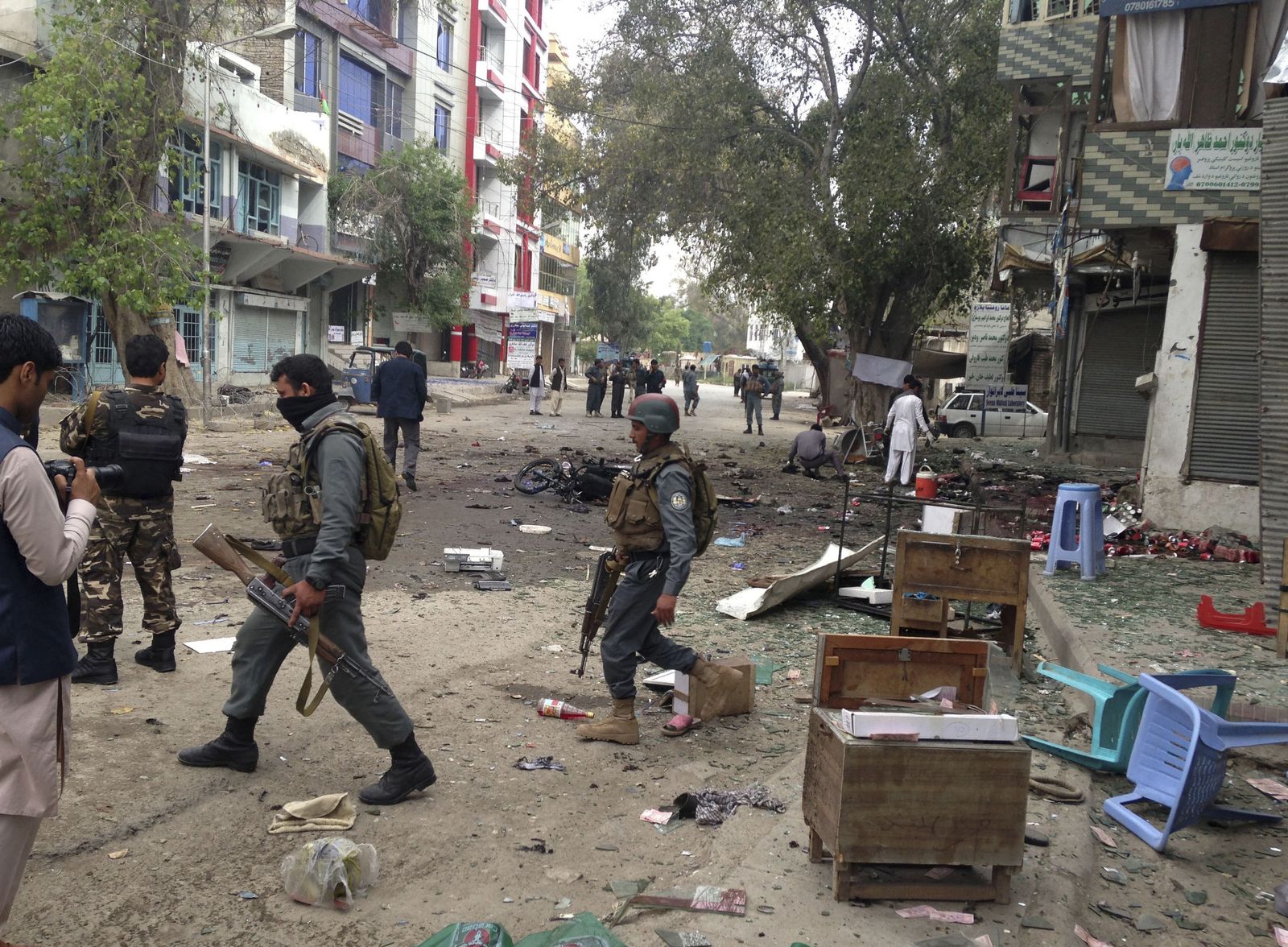 Afghan security forces inspect the site of a suicide attack in Kabul.