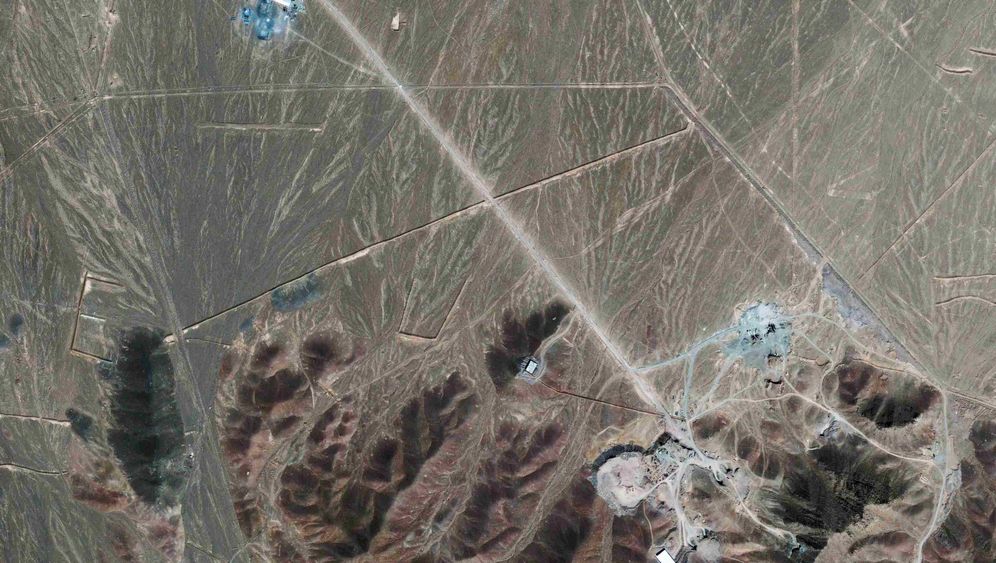 Olli Heinonen, born in Finland, worked for the International Atomic Energy Agency (IAEA) in Vienna for 27 years, most recently as its deputy director general. During his time at the IAEA, he also oversaw its efforts to monitor and contain Iran's nuclear program. Heinonen is currently a senior fellow at the Harvard Kennedy School of Government's Belfer Cnter for Science and International Affairs.

SPIEGEL interviewed Heinonen last week about the interim nuclear deal reached between the West and Iran in Geneva.

SPIEGEL: Mr. Heinonen, what does the Geneva agreement represent -- is it an historic breakthrough, like many in the West believe, or an historic mistake, which is how it was described by Israeli Prime Minister Benjamin Netanyahu?

Heinonen: I think this is a step forward, without a doubt. However, there is no reason to celebrate. The interim agreement is not perfect, but at this stage, using a Chinese proverb: It is better to have a raw diamond than a perfectly polished pebble.

SPIEGEL: What makes the agreement worthwhile in your eyes?

Heinonen: It ensures that a process is finally moving forward. And indeed with verifiable results, including a timetable for a final agreement that is meant to roll back Iran's nuclear program. Another positive aspect is that in the next six months, Iran may not take any action, which could bring it closer to a bomb. The largest obstacles for a final agreement, however, still lie ahead of us and it is by no means certain that they can be put to one side.

SPIEGEL: What is making you skeptical?

Heinonen: Nothing in the Iranian nuclear program is being dialed back; at best it is a freezing of important elements. Not a single one of its 19,000 centrifuges in its nuclear facilities will be mothballed or dismantled in the next six months; they will be able to continue enriching uranium ...

SPIEGEL: ... but only up to 5 percent, a low degree, which is far from being weapons-grade material. And US Secretary of State John Kerry even denies that Iran is allowed a fundamental right to enrich uranium. The Iranians interpret the wording quite differently, and are celebrating even this minor concession as a great success. Who is right?

Heinonen: It's a question of semantics. In the preamble of the agreement at any rate it states that they will keep enriching. Even though, admittedly, no longer up to 20 percent.

SPIEGEL: Is that bad? Do Japan, Germany and Brazil not also do that?

Heinonen: Here there is this history: Tehran again and again operated facilities that were not declared as required by the Non-Proliferation Treaty (NPT). In my time at the IAEA, the Iranians hardly ever worked without any reserve capacity. They have never put all their eggs in one basket. You can't rule out the possibility that they also now have a secret factory somewhere. This has not been the case with Japan, Germany or Brazil. They are all enriching uranium, but are in compliance with their NPT undertakings.

SPIEGEL: The newly elected president of Iran, Hassan Rohani, has created a very different political climate and has struck a moderate tone towards the West, quite different from that of his predecessor, Mahmoud Ahmadinejad.

Heinonen: That's right. Building bridges is important, combined with clear control mechanisms. That is why I also find it good that it is expressly stated in the first step agreement that there shall be no new enrichment sites.

SPIEGEL: According to the agreement, Iran will reconvert the material it has enriched to 20 percent into harmless uranium oxide. A heavy water reactor at Arak, which could open up a second route to the bomb for the Iranians via the production of plutonium, cannot be built. There will now be the possibility of daily inspections for the IAEA inspectors in most plants. That sounds promising, doesn't it?

Heinonen: I am not saying that there was no progress, although the daily visits are confined to the facilities at Natanz and Fordo. Uranium oxide is not harmless, but it takes additional time to convert it back for feeding to the enrichment process. All in all, the Iranians' options for breaking away from the existing monitoring system for a so-called breakout capacity has been delayed by the agreement -- I estimate they would need, if they wanted to produce enough weapons-grade uranium for a bomb, about two months now.

SPIEGEL: However, in the agreement, the Iranian leadership -- as it has done publicly in the past -- pledged to the world that it is not seeking to build nuclear weapons. Do you know President Rohani personally? Do you trust him?

Heinonen: I got to know him from 2003 to 2005 during his time as the chief Iranian negotiator. What people want to see is the interim agreement being implemented properly and in the right spirit by Iran, which will be accompanied by a synchronized easing of the agreed sanctions. Rohani can then show some results and be braver with his further compromises. Between now and any comprehensive agreement, further intermediate steps will be required as indicated in the joint plan of actions. This is understood to include Iran addressing the IAEA's questions on the military dimension of Iran's nuclear program. Presumably, there will be direct negotiations between the Americans and Iranians.

SPIEGEL: Are the rumors correct, then, in saying that Washington and Tehran have been negotiating for many months to the exclusion of everyone else?

Heinonen: Yes, that is correct.

SPIEGEL: Let's touch back on the subject of Rohani ...

Heinonen: ... who is a very competent, well-organized man, but also of course embedded into the complex Iranian power structure with its different centers. For the implementation of the agreement, for example, it is not he who is responsible but Admiral Shamkhani, the general secretary of the Supreme National Security Council. Rohani, by the way, is a politician who -- like his predecessors -- demands transparency from Israel about its nuclear program.

SPIEGEL: Israel is regarded as the only nuclear power in the Middle East. Experts agree that the Israelis have more than a dozen usable nuclear weapons. And in order to ensure they remain the only ones, the Israelis would be willing in the worst-case scenario to bomb Iranian nuclear facilities.

Heinonen: I do not think it is an appropriate focus at this stage.

SPIEGEL: Is there another candidate, beyond Israel and Iran? Perhaps there could be a nuclear arms race across the whole of the Middle East?

Heinonen: That also cannot yet be ruled out.

SPIEGEL: Intelligence agencies report of arrangements for delivery of a "turn-key bomb" from Islamabad to Riyadh.

Heinonen: Thank God it is not as simple as that. Even if the Saudis can secure delivery of experts and material, they would still need several years to develop their own nuclear capabilities.

SPIEGEL: Do you think that is the greatest nuclear threat?

Heinonen: No, the biggest short-term threat clearly lies in Pakistan itself, where there are new missile systems, new tactical nuclear weapons in a country, which is very unstable.

SPIEGEL: The Pakistanis claim they have their nuclear facilities under control and always know exactly where all materials are being stored.

Heinonen: I'm not so sure about that. The most wanted terrorist in the world lived in the middle of their country and they had no idea. The transport of nuclear materials, which is important for the Pakistan plans to use its tactical weapons, is extremely dangerous -- the ultimate weapon with its plutonium could fall into the hands of terrorists.