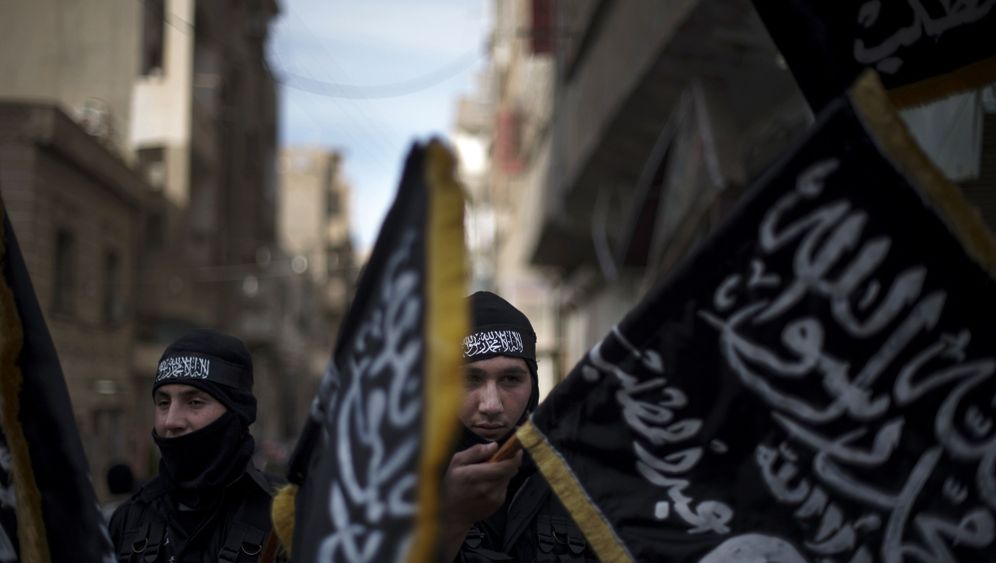 The face of the rebellion has changed since the uprising against Syrian President Bashar Assad began nearly 1,000 days ago. Black flags with white calligraphy are increasingly common -- a sign of the growing influence of Islamist extremists. Since Assad's regime lost control of the northern borders in the summer of 2012, they have been streaming into the country.

Now, foreigners are fighting alongside Syrians. They include Chechens, Libyans, Tunisians, Belgians and Germans -- all jihadists fighting a war for Islam against what they believe is an infidel regime. Some already fought in Afghanistan and Iraq, and bring their valuable combat experience with them. Still others have spent time behind bars for their jihadist past, and from there they have found their way to the Syrian front.

Given that jihadists both mistrust journalists and want to keep their activities quiet in the event that they wish to return to their native countries in the future, the fate of foreign jihadists in Syria often only becomes known when they are killed.

Some Were Incarcerated in Well-Known Terror Jails

But a few of their fates have come to light, and they provide an interesting glimpse into where these fighters are coming from. At least one has come from the United States' detention camp at Guantanamo Bay: Mohammed al-Alami. The Moroccan jihadist was in Afghanistan and Pakistan, where he was arrested before being imprisoned at Guantanamo between 2002 and 2006. After that he was handed over to Morocco, where he was also imprisoned for an unknown length of time. This summer, he was killed in Syria, which raises the question of how many former Guantanamo prisoners could also now be fighting in Syria.

Another prison that has produced fresh Syrian fighters is Iraq's Abu Ghraib, made infamous by the prisoner torture scandal that came to light there in 2004. Hundreds of inmates were freed from the facility this year by al-Qaida, and it remains unclear how many may have made their way into Syria. But the terrorist organization is apparently making a big effort to get them there. Reporters at the online edition of the American monthly Foreign Policy recently described the well-organized dispatch of an Iraqi to the Syrian front with the help of al-Qaida middlemen.

De-radicalizing extremists in prison is difficult. Indeed, many become radicalized while behind bars, as a study by the Rand Corporation think tank indicates. And it would seem that these former Iraqi prisoners were not deterred from such ideology by their captivity. In the case of some former prisoners, their experience in jail actually inspires them to pursue jihad.

Among the latter are former victims of Syrian torture, some of whom have become rebel leaders in the uprising. Early this month, Joshua Landis, an American expert on Syria, published a Top Five list of insurgent leaders. One of the main things that stands out about these men is that three are former inmates of the notorious Sednaya prison, which houses political prisoners outside of Damascus, many of whom are either Islamists or alleged Islamists, along with pro-democracy activists. Torture is common there. After a prison uprising in 2008, an unknown number of prisoners were shot to death in their cells. And recently, Syrian rebels declared they had killed the prison warden. For these men, the insurgency against Assad is about exacting revenge.

Ironically, Assad is no stranger to cooperation with radical Islamists, and many jihadists who were held at Sednaya were actually encouraged by the Syrian regime to undertake campaigns for Islam in the past. In 2003, Syrian intelligence agents lured young men into neighboring Iraq to make like difficult for the Americans there. That is, until Washington threatened to bomb Damascus and topple the regime.

Several sources, among them a Syrian human rights advocate who gave details to US officials -- the details of which were published by WikiLeaks -- have suggested that Damascus released Sednaya prisoners so that they could undergo training in camps before being sent to Iraq for what the diplomatic cable called a "proxy war." But upon returning to Syria, these men landed backed in prison, where they felt they had been betrayed by Assad.

Around the beginning of the Syrian uprising, in March 2011, Assad once again released jihadists from the country's prisons. Simultaneously, tens of thousands of Syrian students, liberal activists and human rights advocates began being arrested. Their fates were recently documented by Human Rights Watch, which alleges that many have been detained arbitrarily, tortured and subjected to unfair trials.

Already at the beginning of the uprising, Assad vilified his opponents as members of al-Qaida, which wasn't true at the time. Some critics of the regime now claim that by releasing the jihadists from prison, Assad's intention was to quickly radicalize the opposition, discrediting it in the process. If that was his aim, it has certainly been a success. 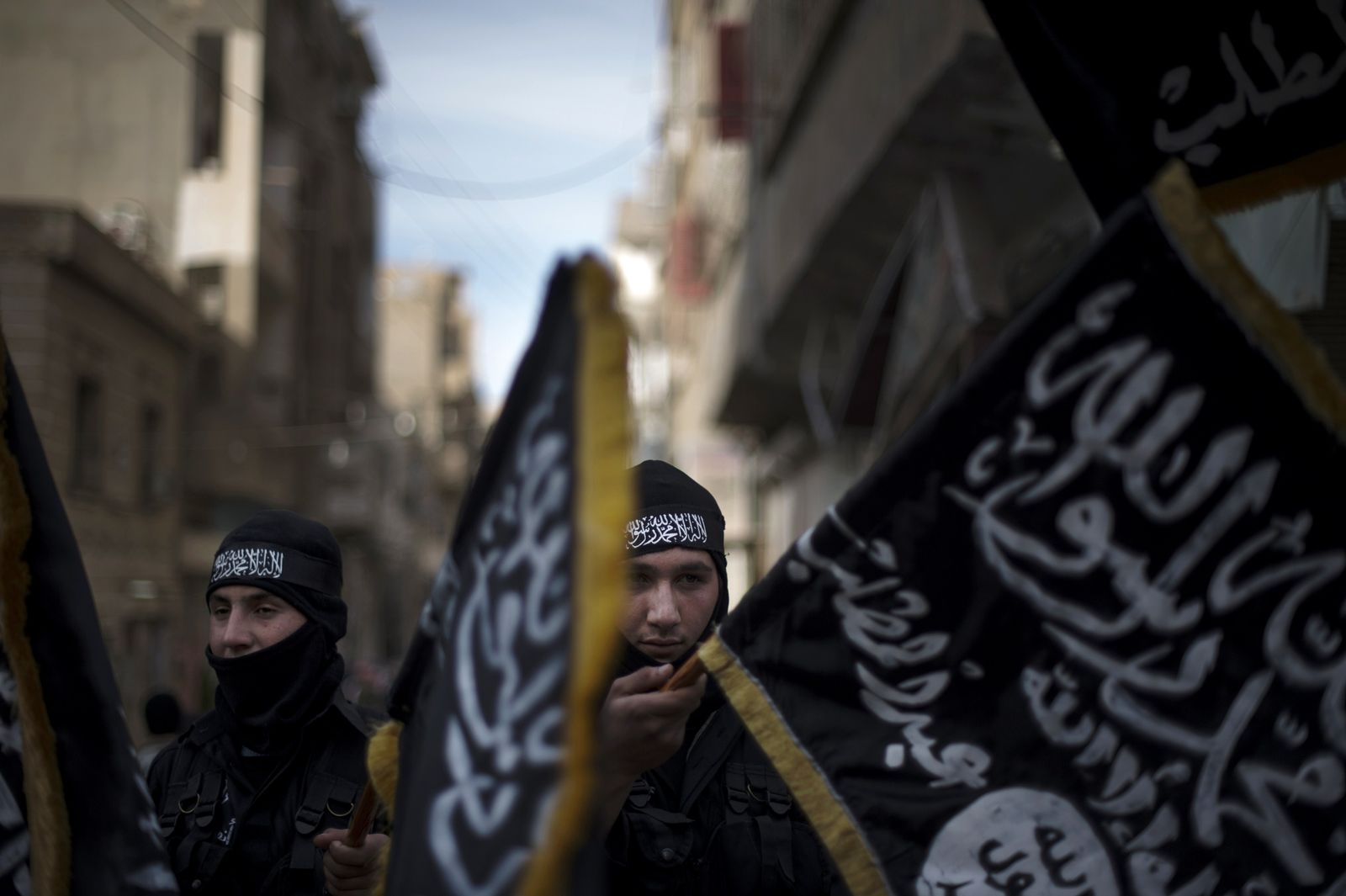 Some of them have done time for terrorism, while others were radicalized inside: Former prison inmates are now on the frontlines of the Syrian civil war. The jihadists fighting alongside the rebels are discrediting the insurgency, which may be just what Damascus hoped for. Here, members of a newly formed Islamist brigade in northeast Syria hold flags of the radical Islamist Jabhat al-Nusra militia, which has sworn loyalty to terrorist group al-Qaida.