SPIEGEL ONLINE: Mr. Boutros-Ghali, in the wake of the deadly New Year's Eve attack in Alexandria, have relations between Egypt's Copts and Muslims deteriorated?

Boutros Boutros-Ghali: No. Our ties are far too old to be destroyed. Copts and Muslims have lived together in Egypt for 14 centuries. There have always been highs and lows between the religious groups, but never collective hate toward one another. I'm actually far more inclined to believe that the massacre in Alexandria will strengthen our bonds.

SPIEGEL ONLINE: Do you honestly not see any religious tensions in Egypt?

Boutros-Ghali: There is fear and anger, but they are not directed toward Islam or Christianity. On the contrary, all over Egypt, Copts and Muslims have held joint demonstrations against terrorism. It reminds me of the massive demonstrations in the early 20th century, when Egyptians took to the streets together -- under the banner of both the cross and the crescent moon -- to protest the British occupation.

SPIEGEL ONLINE: Many view this attack as merely the most dramatic event to date in a new wave of persecution of Middle Eastern Christians.

Boutros-Ghali: That might be true for other countries, but not for Egypt. The Middle East is a powder keg, with very different groups fighting each other. It stopped being about just Christians and Muslims long ago. In Iraq, Sunnis attack Shiites, setting houses on fire and blowing up mosques. But Egypt is different. Here, these two major ethnic groups are far too deeply rooted in our country and connected to its history. Egypt will never experience a civil war.

SPIEGEL ONLINE: The Egyptian government -- and even the fundamentalist Muslim Brotherhood -- suspect that foreign terrorists were behind the attack. What do you think?

Boutros-Ghali: We don't know if these were foreign or Egyptian terrorists. Either way, it poses a great danger for Egypt. If the perpetrators were Egyptians, it means that a part of the national Islamist scene has radicalized again. But it could just as easily be that foreign jihadists have set their sights on our country. In any case, this act was aimed not only at Copts, but also at the Egyptian government. If we now start talking about a religious conflict, the terrorists will have achieved their goal.

SPIEGEL ONLINE: What exactly do you mean by that?

Boutros-Ghali: The attack in Alexandria was meant to foment unrest; it was meant to destabilize Egypt. If the entire world starts talking about a conflict between Copts and Muslims, it will divide our country. Egypt's image has already suffered serious damage; and if tourists and foreign direct investment stop coming, the terrorists will be laughing up their sleeves. Let's also not forget that an attack in this country is not the same as a suicide attack in Pakistan, Somalia or Iraq, which the global community has almost gotten used to. But when a bomb goes off in Egypt, a country that is still relatively stable, the world is scared.

SPIEGEL ONLINE: But is Egypt really that stable? It's hard to overlook the fact that things have been brewing in Egyptian society for years and that Islamization keeps on advancing.

Boutros-Ghali: That primarily has to do with demographic developments. Egypt's economy isn't growing as rapidly as the population -- which results in poverty, polarization and frustration. The rich Arab Gulf states have stepped in to fill these gaps, not only by donating money, but also by exporting their very own fundamentalist version of Islam. In this way, they've already changed large parts of the Muslim world.

SPIEGEL ONLINE: If the same happens in Egypt, it can't be good news for the Copts.

Boutros-Ghali: No, of course not. If the government doesn't do something to prevent it, discrimination against Copts -- which has always existed to some degree -- is likely to increase again. The government needs to guarantee truly equal opportunity. It needs to see to it that religious prejudices are removed from schoolbooks and that no religious groups face discrimination in building houses of worship. But it also needs to curb the politicization of Islam, which poses a threat to Christians in Egypt.

SPIEGEL ONLINE: For the Muslim Brotherhood, the largest opposition movement, solving problems is very simple. As far as it is concerned: "The solution is Islam."

Boutros-Ghali: No, Islam is a private matter. For that reason alone -- and since 10 percent of Egyptians aren't Muslims -- it can't be the solution to every political problem. What we need is a law that provides true equality to Muslims, Christians and all other religious groups, such as the Bahais. Merely the fact that the Muslim Brotherhood would classify all non-Muslims as second-class citizens means it doesn't offer a credible, democratic alternative. The Muslim Brotherhood will never participate in creating a truly democratic society. It simply can't.

SPIEGEL ONLINE: What words of advice do you have for those of us in the West? What is your message for Europe, for Germany? How should we react to the massacre in Alexandria?

Boutros-Ghali: The most important thing is that Europe shouldn't conjure up a religious war in Egypt. Instead, it should concentrate on gaining a detailed understanding of what's really going wrong in our country. What we need are plans for addressing poverty, overpopulation and underdevelopment. What we don't need are well-meant but ultimately counterproductive words that only serve to divide our society. 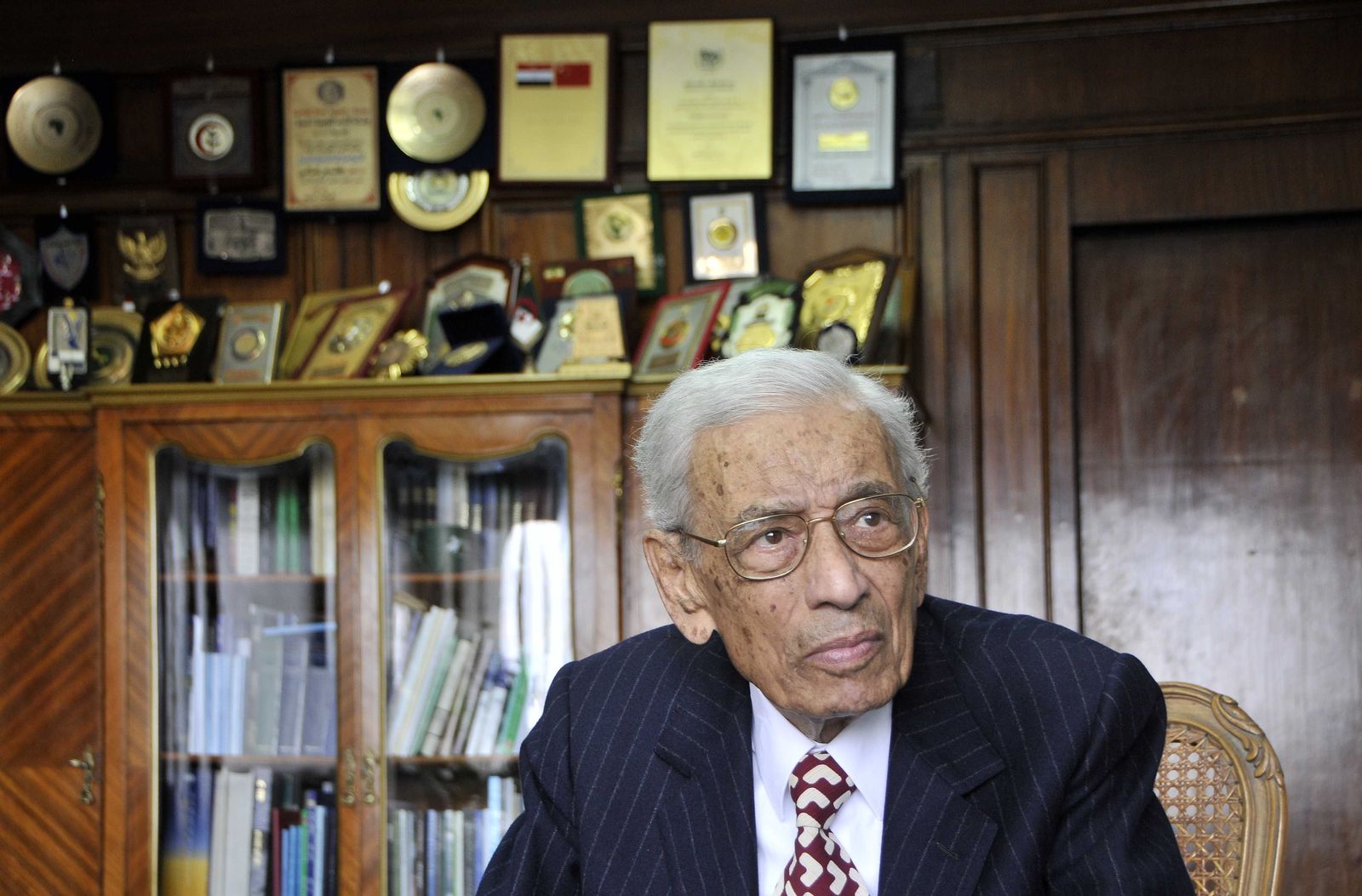