SPIEGEL: Mr. Brzezinski, you always plead for a foreign policy strategy that combines the national interests of the United States with a moral cause. Applying that concept to Syria, what would you suggest?

Brzezinski: I am sad to say that I am one of those who have been saying that there is not much we can do at this stage. This is the reality we have to face. The United States got off to a bad start when the violence erupted. President Barack Obama went on the air and, in schoolmaster fashion, announced that Assad has to leave. It was a wonderful idea, but Assad did not oblige. Did Obama have a plan for making him go? Not really. We went to the United Nations with a resolution designed to force Assad to leave, but we did not consult with the Russians and the Chinese. When they blocked it, we condemned them through the mouth of our ambassador to the UN as being infantile, which is not the way to recruit their support. In brief, we did not have a strategy. The only strategy of significant impact would have been to organize a military invasion.

SPIEGEL: Was this another example of the discrepancy between President Obama's rhetoric and policies?

Brzezinski: In this particular case, it was not even rhetoric. It was just a flat schoolmaster-type statement without a strategy for its implementation.

SPIEGEL: Israel claimed last week it could prove that the Syrian government has deployed chemical weapons. Great Britain and France have also given similar warnings. On Thursday, United States Secretary of Defence Chuck Hagel said the army had in fact used small amounts of chemical weapons. If he did, then Assad would have crossed a red line drawn by President Obama this past summer. Will the US now be forced to intervene?

Brzezinski: If use by the Assad regime of chemical weapons is confirmed, we should try to see if China and Russia might then support a UN resolution proposing internationally supervised elections in which everyone could seek the presidency. It would be a face-saving solution which Assad would probably reject. Then China and Russia might finally endorse collective action.

SPIEGEL: Do you see an opportunity of convincing Russian President Vladimir Putin to let Assad fall?

Brzezinski: In the case of Syria, there is not only Russia, but also Iran, which is not insignificant. And in the background is China, which is not sympathetic to what we are doing, in part because of its concern for stability of access to Middle Eastern energy sources.

SPIEGEL: Are you saying that the situation in Syria is too complex to intervene?

Brzezinski: "Complex" is an understatement. It is an incredibly messy situation. Until the recent reporting by David Ignatius of the Washington Post, I have not read a serious analysis or description which would give you a breakdown of the nature of the various resistance groups. We know that some of them are Salafists who have the support of the Saudis. We know that groups from Iraq are involved, we know that the Kurds are involved, and we know that a significant number of Syrian refugees flee to Turkey. The point is that it is a comprehensive mess in the context of which you are not in the position to make good choices. Simply plunging into the unknown would not be all that wise. And if we did it anyway, who would be on our side? 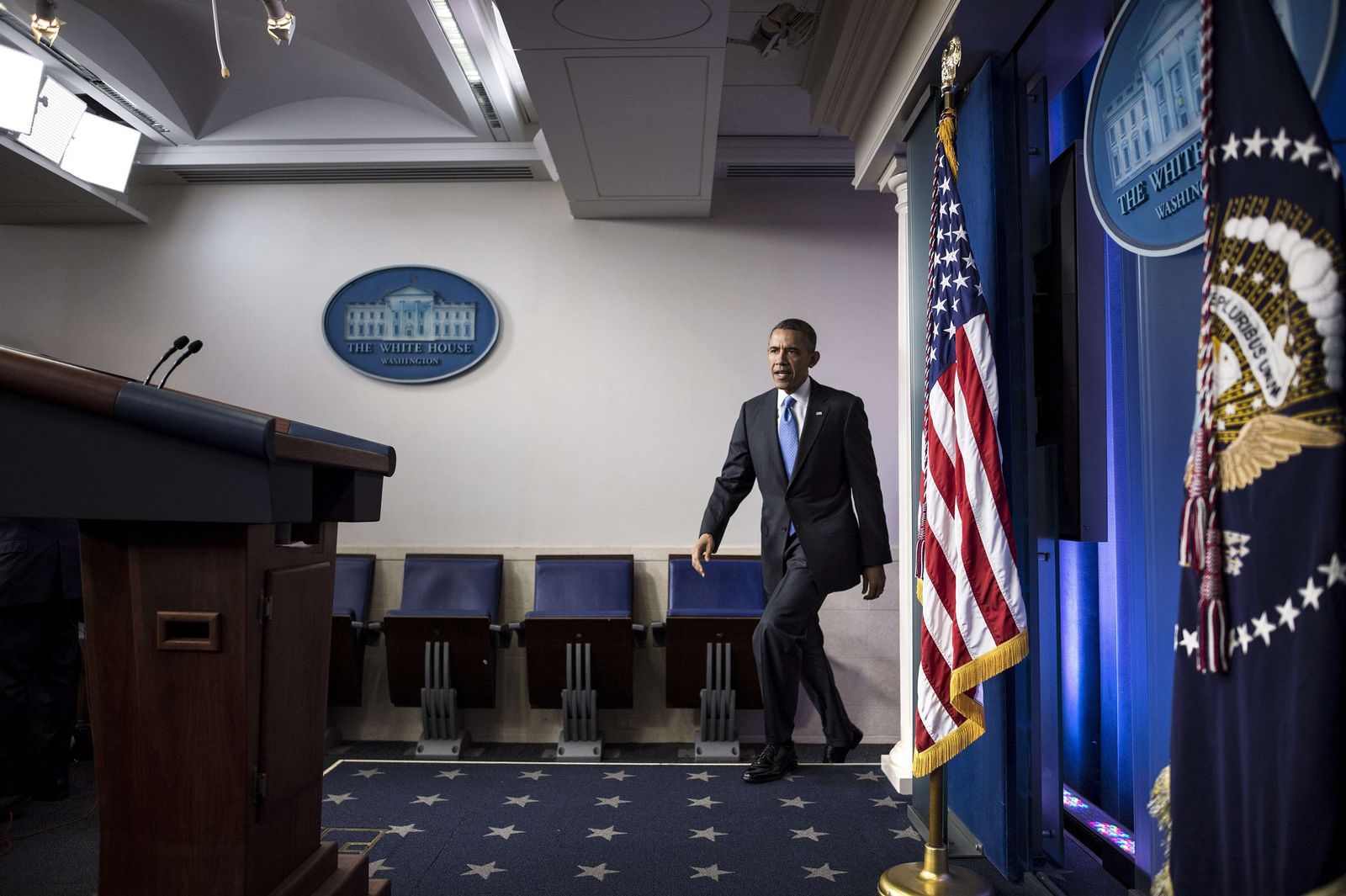 US President Barack Obama arrives to address allegations of chemical weapons use in Syria at the White House briefing room.