The French government announced on Friday that it would not permit street protests against caricatures published two days earlier in a French satirical magazine.

"There will be strictly no exceptions. Demonstrations will be banned and broken up," Interior Minister Manuel Valls told reporters in Marseille on Friday, according to news agency Reuters.

Worries over violence were triggered on Wednesday, when the satirical magazine Charlie Hebdo published an issue with the front cover showing an Orthodox Jew pushing a figure in a wheelchair wearing a turban. There were several caricatures of the Prophet inside, including some of him naked. Many Muslims consider any representation of Allah or the Prophet Muhammad offensive. The 75,000 issues of the magazine's first run reportedly sold out in a matter of minutes.

The magazine's editor in chief, Stéphane Charbonnier, said that the point of the caricatures was not to provoke anger, but rather to champion free speech while poking fun at religious extremism and the violent response in many parts of the world, including Libya and Egypt, to the anti-Islam film "Innocence of Muslims" that was made in California and recently uploaded onto YouTube. As of Friday evening (Central European Time), more than 50 people had died as a result of violence linked to protests against the film, according to the Associated Press.

Calls for calm were also repeated by members of France's community of some 2 million Muslims. Mohammed Moussaoui, the head of the French Council of Muslims (CFCM), described the film and caricatures as "acts of aggression," but he also urged French Muslims not to join in illegal protests. "I repeat the CFCM's call not to protest. Any protest could be hijacked and counterproductive," he told the French radio station RFI, according to Reuters.

Worries about whether the caricatures would spark anger led the French government on Wednesday to close French embassies, schools and cultural centers in some 20 countries on Friday, the Islamic holy day.

Protests in Germany and across the World

Fears of unrest were also felt in Germany on Friday, which is home to some 4 million Muslims. Police in the cities of Freiburg and Münster were put on alert in anticipation of announced demonstrations against the film. Roughly 400 protesters -- half as many as were expected -- peacefully marched through the southwestern city of Freiburg behind a banner reading: "Freedom of opinion, yes; insult, no." Among the protesters were representatives from the Protestant and Catholic churches as well as people who had crossed the nearby border with France.

Police on Friday also announced the arrest of a 26-year-old who admitted to spray painting Muhammad caricatures and the heads of pigs on mosques in the central German city of Göttingen.

A week ago, violent protests led to the storming and burning of the German embassy in Sudan. On Monday, Germany's government decided to bar Terry Jones, an outspoken American extremist who threatened to burn the Koran in 2010 and has voiced his support for the film, from entering the country, citing its potential threat to public order.

The German satirical magazine Titanic announced Wednesday that it also intends to publish an "Islam issue" later this month.

German authorities, who closed the country's embassies in the Muslim world on Friday, are also considering forbidding a far-right group from screening the film in public on the grounds that it could disrupt public order. Likewise, on Friday, Germany's Interior Ministry announced that heightened tensions had led it to postponing a poster campaign aimed at deterring young people from radical Islam, according to the Associated Press. The posters -- in German, Turkish and Arabic -- were supposed to be put up in German cities with large immigrant populations.

Protests against the film were held in countries across the world on Friday. They remained peaceful in Afghanistan, Bangladesh, India-controlled Kashmir, Indonesia, Iran, Iraq, Lebanon and Sri Lanka. In Pakistan, at least 10 people died during violent clashes between police and thousands of protesters on what the government had declared "Love for the Prophet Day." The US Embassy had spent $70,000 (€54,000) on television advertisements on Pakistani TV in which President Barack Obama and Secretary of State Hillary Clinton condemned the video. 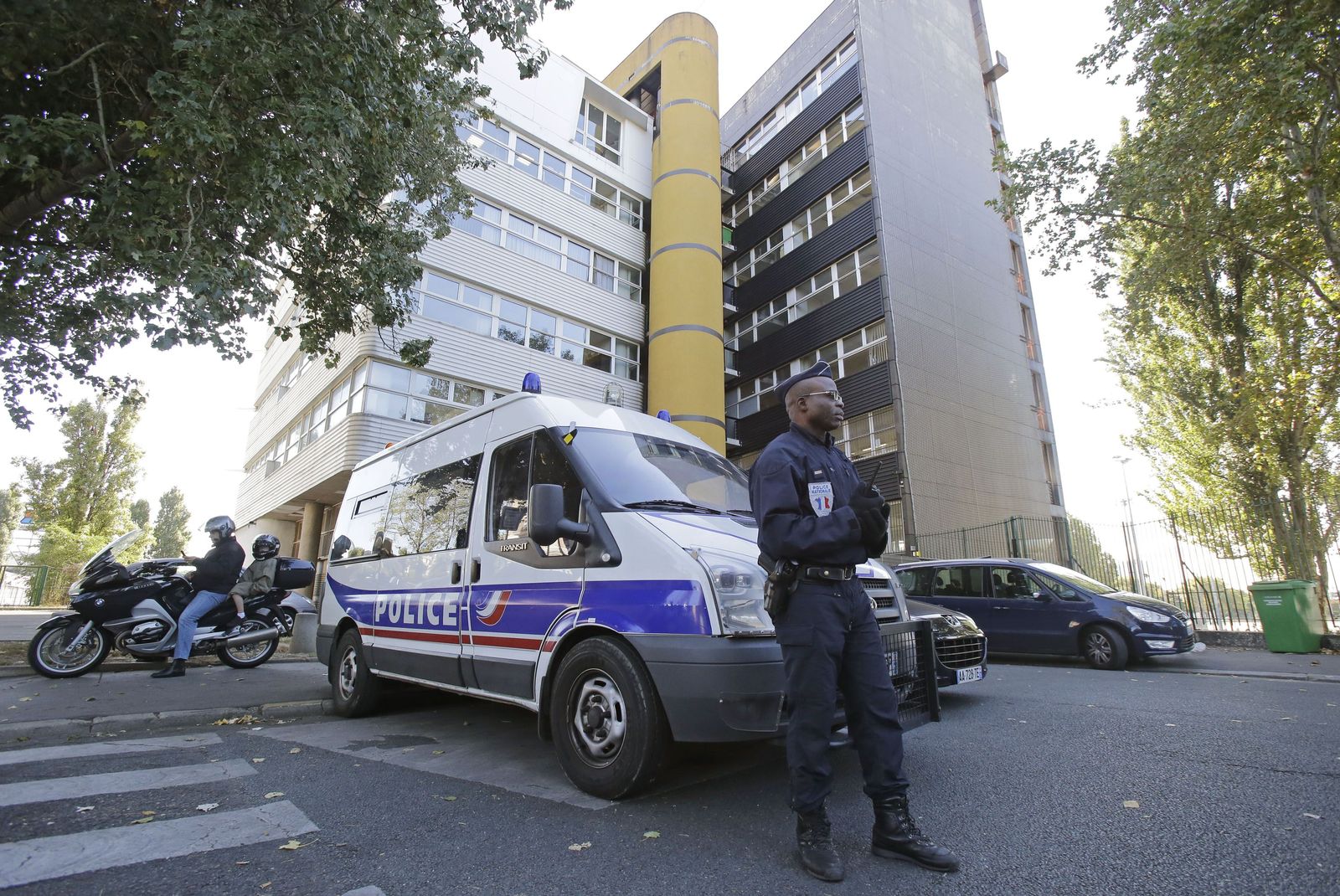 A French policeman stands guard outside the headquarters of the satirical weekly Charlie Hebdo in Paris on Wednesday.