Brigadier General Salim Idriss, 56, taught at the military academy in Aleppo before joining the Free Syrian Army (FSA) in July 2012. He was subsequently elected by its various commanders and other members of the Syrian revolutionary council to serve as the chief of staff of the Supreme Military Council and, as such, has been the FSA's highest-ranking commander as well as the most important contact person for foreign governments. He knows German after having studied electrical engineering in the eastern German city of Dresden.

SPIEGEL: The agreement with Syrian leader Bashar Assad for him to give up his chemical weapons has been seen across the world as a promising sign…

Idriss: Not by us. The gas attack on August 21 was a crime against humanity -- and no one has been brought to account for it. Everyone speaks about the chemical weapons monitoring, but not about Syria's destruction and the ongoing killings. Everyday, Assad's air force attacks towns and villages, annihilating entire housing blocks with Scud missiles, carrying on the bombardment with artillery and tanks -- and that bothers no one. Every day, we have 100 dead and more, and almost a third of Syria's inhabitants have fled their homes. That is madness. I don't understand the West. Why are all of them just looking on?

SPIEGEL: But wouldn't the destruction of these weapons still be a step in the right direction?

Idriss: That won't work! We are already getting reports that the regime is hiding its chemical weapons. When the inspectors come, many of the storage facilities will be empty. Furthermore, the same game as in previous UN missions will then begin. The regime's overseers will say: "You unfortunately can't leave the hotel today; it's too dangerous." At the same time, the regime will have the inspectors shot at. It is profoundly dishonest.

SPIEGEL: What effect would attacks with US cruise missiles have had?

Idriss: The threat of them alone was enough to send the regime's troops into panic. Had there been air attacks, many would have abandoned their posts straight away. All we are waiting for is a blow to the airports, against the Scud missile launchers. Then the regime would no longer be able to bear up. We don't need any troops on the ground, but rather air attacks -- or at least anti-aircraft missiles we can defend ourselves with

SPIEGEL: But no one plans to deliver any to you out of fear that they could fall into terrorist hands.

Idriss: Terrorists? We experience terror every day. A short while ago, I spoke with one of our commanders in the east. The air force had just bombarded the Euphrates dam again. If it breaks, billions of cubic meters of water will destroy everything. Is that not terror? We have given the Americans every guarantee that we will only use anti-aircraft weapons against Assad's air force.

SPIEGEL: One of the West's fears is that the jihadists could take power if Assad falls.

Idriss: Do you know who vacated their positions in Idlib and Aleppo when a US attack seemed imminent? The radicals from the "Islamic State." Since they have absolutely no interest in the fall of the regime, they thrive in war and profit from our weakness. They get support from I don't know where. And as long as hardly anyone provides us with support, the fighters will be associated with them because they need money and weapons.

SPIEGEL: But the Free Syrian Army (FSA) also cooperates on military operations with the jihadists, even with the Islamic State.

Idriss: I am against it and have warned against it. The jihadists have killed several of our commanders; they are very dangerous for us, as well. But so long as no one helps us otherwise, I can't prohibit cooperation on a local level.

SPIEGEL: How much control do you really have over FSA fighters?

Idriss: We have a common goal: the destruction of the regime and a Syria in which everyone can live in freedom and dignity. But loyalty strongly depends on what help we can offer to units. Our foreign friends have already promised much for months, but they have delivered little. But if we provide no more weapons, ammunition, medicine or satellite phones to the commanders, we also can't do much in terms of giving orders.

SPIEGEL: Who makes decisions about attacks?

Idriss: The initiative sometimes used to come from the Supreme Military Council, sometimes from the commanders on the ground. For two months, we have been giving suggestions about what should be done. Then we discuss it with the commanders, mostly via Skype.

SPIEGEL: A chain of command over the Internet?

Idriss: Yes, that works best. I am online every night until 3 a.m., trying to coordinate the units scattered across the whole of Syria. In addition, I negotiate with our foreign friends about support and am in contact with the National Coalition, the political opposition.

SPIEGEL: What chance do you give the planned peace conference in Geneva?

Idriss: We support every political solution, but under one condition: Assad must be brought before a court. We will not negotiate with someone who uses chemical weapons against his own people.

SPIEGEL: But what if things keep going as they have been? What if there is neither intervention nor compromise?

Idriss: Then Syria will continue to be ravaged; then we will experience more hatred and a total collapse. That's exactly what we want to prevent, but we need help. 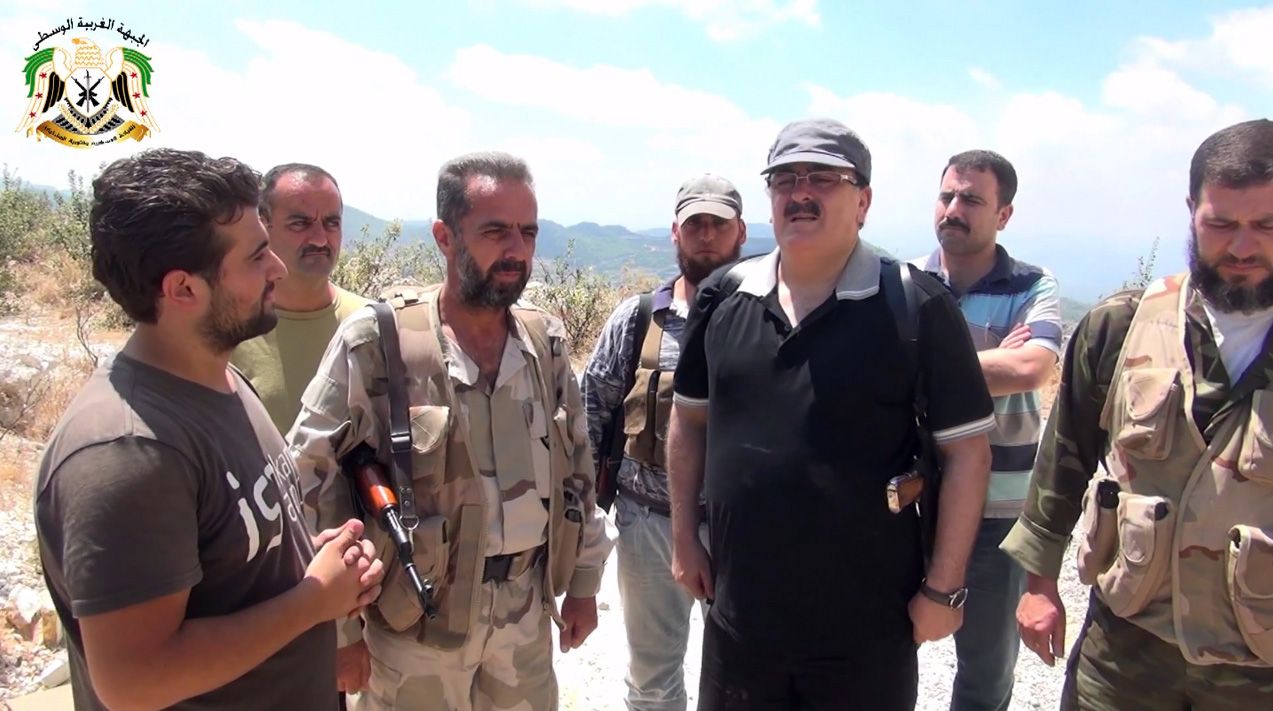