While chaos and violence reigned in the Central African Republic's capital of Bangui on Friday, some 5,000 kilometers away in Paris, French President François Hollande held a pompous Élysée Summit for Peace and Security in Africa. Before hosting the VIP group of heads of state and government, Hollande had announced he was sending troops to the Central African Republic -- the continent's "strategic buffer," where 1,200 French soldiers are now tasked with putting a stop to the killings, in cooperation with an international UN aid mission.

"France supports this operation. We have a responsibility to assist and show our solidarity," Hollande declared. He can count of the financial support of the European Union and the United States -- and on the restraint of those in power in Bangui: In the wake of recent massacres, before the United Nations Security Council approved the intervention, Prime Minister Nicolas Tiangaye had expressly asked for military assistance.

And it is urgently needed. After months of fighting, the Central African Republic is on the verge of collapse. Less than a year after a diverse group of regime opponents and demobilized military men under the name Séléka (Coalition) installed current President Michel Djotodia in Bangui, the country is dissolving into murderous conflicts and the government has lost control.

The predominantly Muslim Séléka alliance gave rise to marauding groups of soldiers who terrorized the north with rapes and murders, setting off a humanitarian crisis. According to the UN, more than 400,000 people have fled. Then armed militias formed to oppose the mostly Islamic and widely feared gangs, but according to reports by human rights organizations, the mostly Christian Anti-Balaka groups have behaved just as mercilessly. A religiously motivated civil war is brewing, and French Foreign Minister Laurent Fabius speaks of a "state on the edge of genocide."

Although France has a history of intervening in the Central African Republic, Operation Sangaris, named after a local butterfly, is more than the imperial reflex of a former colonial power. Since the 1979 Barracuda operation, when Paris overthrew the self-appointed Kaiser Bokassa, Paris has intervened militarily again and again in the country, sometimes to protect its own economic interests. The nuclear power company Areva invested in uranium mining in the country, but because of the corrupt elites who remain in power, this investment has led to a troubling relationship that has frequently been criticized by France's left.

As recently as March of this year, Hollande had refused to come to the aid of President Djotodia's government. Only the danger of complete collapse and a possible domino effect on neighboring countries pushed Paris to act. "History is catching up to Hollande," argued an article, entitled "France -- a gendarme in Africa," in the left-wing newspaper Libération.

The Challenge of Rebuilding

As it happens, only Paris has the will and ability to intervene quickly. A UN contingent of about 1,000 police officers from Chad, Cameroon, Congo, Gabon and Guinea has been overwhelmed. France has troops in Libreville and N'Djamena as well as paratroopers on the helicopter carrier Dixmude. Antonov An-124 cargo planes have already transported military specialists and material to the Bangui M'Poko airport.

The intervention won't be hugely risky from a military perspective, aside from the country's tropical terrain. The greater challenge will be the political liberation of a country the size of Belgium and France combined. "The criminals need to be arrested, and rights and law need to be reestablished," said Roland Marchal, the Africa expert at the Center for International Studies and Research (CERI). "And then a process of national reconciliation needs to be begin."

That could take longer than the planned four-to-six-month troop presence. With the agreement of other heads of state at the security summit, France wants to leave the country's political realignment to the citizens of the Central African Republic. But Paris won't be able to avoid removing the ruling clique and therefore runs the danger of becoming entangled Bangui's power struggles. "This authority is provisional," says determined French Minister of Defense Jean-Yves Le Drian. "They will be replaced." 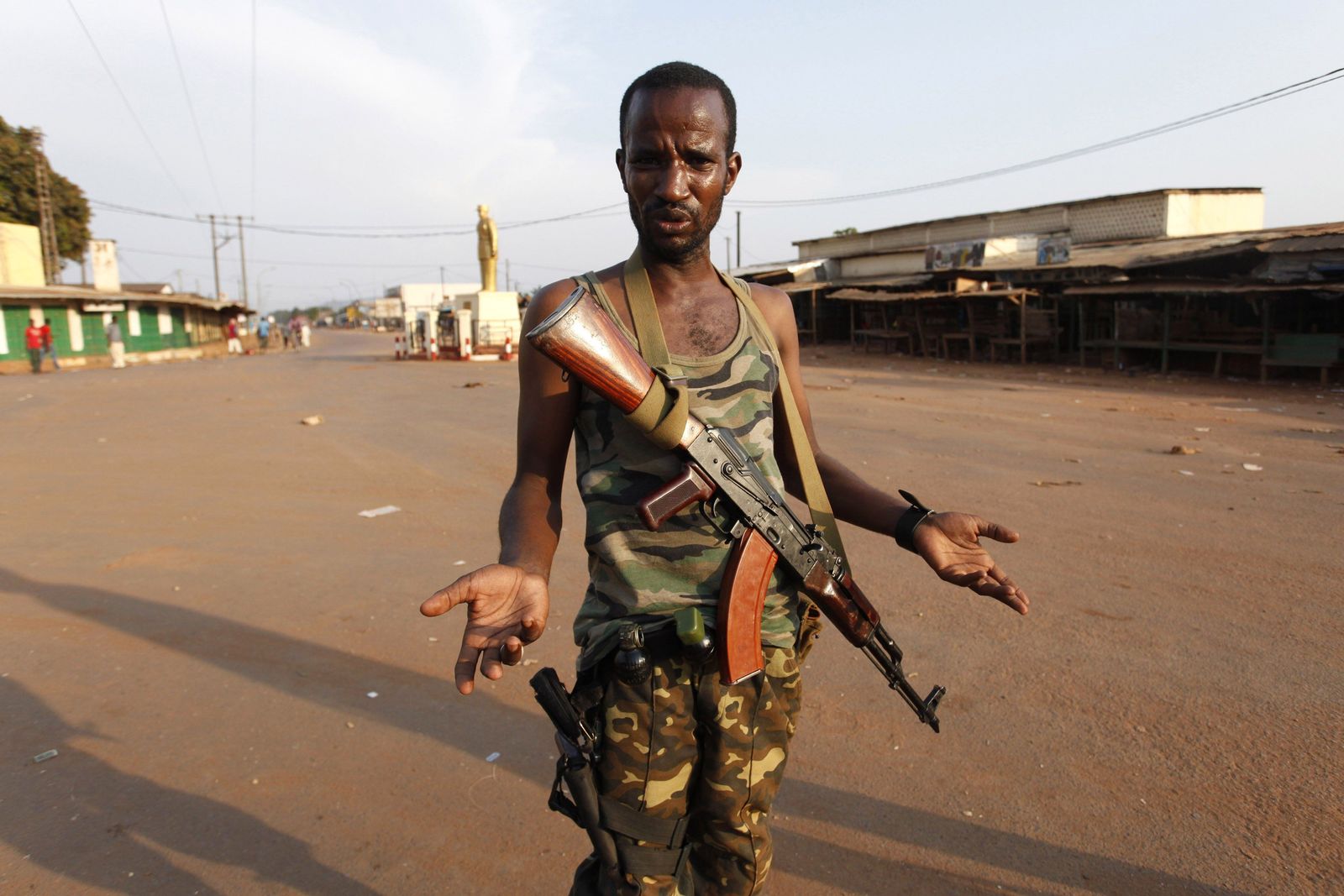 A Seleka fighter in the Central African Republic. A French intervention aims to quell the violence in the troubled country.