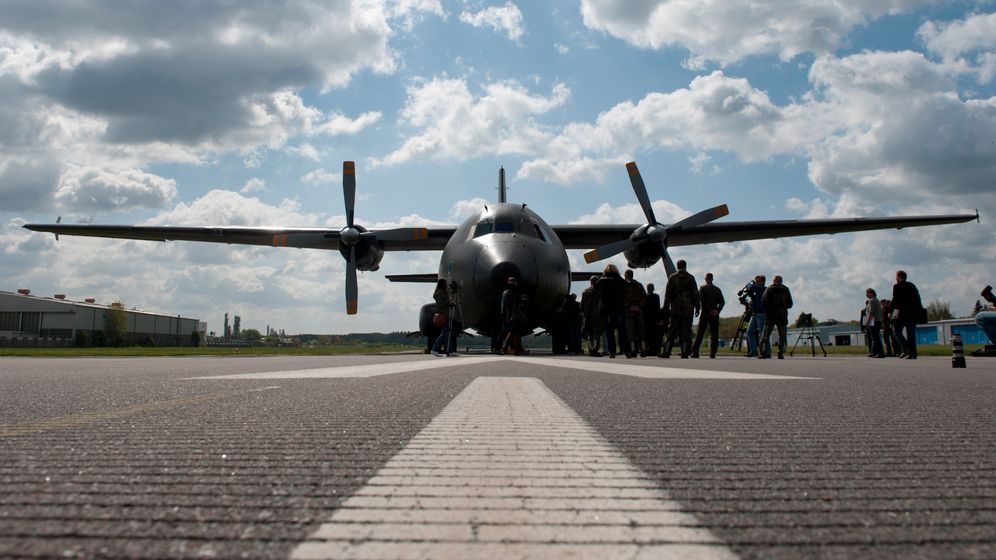 German Chancellor Angela Merkel is an extremely disciplined politician. Even when speaking off the record, she weighs her words carefully and avoids strong language. But a few weeks ago, during a classified meeting of the Federal Security Council, Gerhard Schindler, head of Germany's foreign intelligence agency, the Bundesnachrichtendienst (BND), gave a presentation on the situation in Mali. The chancellor exclaimed: "What a crap region."

Her assessment likely hasn't changed in recent days. Since France began taking an active role last Friday in an attempt to prevent Islamists in the northern part of the country from moving south, Mali has suddenly become an outsized item on her government's agenda. Originally, Berlin had intended to send a few trainers as part of a European Union mission to help local soldiers prepare for hostilities against the Muslim extremists. But now, following a call for help from the Malian president, the West is right in the middle of the fight, with France leading the way.

The international nature of the conflict became even clearer early on Wednesday with the assault on a natural gas pumping station in Algeria. Forty-one foreign nationals, including several from the United States, Britain, Japan and continental Europe were taken hostage in a raid that militants made clear was a direct response to what they described as "the brutal aggression against our people in Mali." It seems likely, given concerns that extremists in the region are well armed with weapons from defeated Libyan forces, that Wednesday's mass kidnapping won't be the last such revenge operation.

"This is a dangerous and rapidly developing situation," British Foreign Secretary William Hague told reporters on Thursday in Sydney. "The safety of those involved and their co-workers is our absolute priority and we will work around the clock to resolve this crisis."

Not in an Election Year

While Germans don't seem to be involved in the hostage incident, it has become increasingly clear that Berlin cannot stand on the sidelines. On Wednesday, Germany provided more details about its offer of logistical assistance, saying it will rapidly transfer two Transall cargo airplanes to the region. They are primarily to be used for flying soldiers into Mali from the West African alliance ECOWAS, which has pledged to send up to 3,300 troops to join the 2,500 French soldiers that Paris has promised. The German planes will only be authorized to fly into the relatively safe Malian capital city of Bamako.

The narrow limits of the mission presented by Defense Minister Thomas de Maizière and Foreign Minister Guido Westerwelle are by design -- it means that German parliament does not have to grant its approval. But it also shows just how nervous Germany is about the new foreign hotspot. Under no circumstances does Germany want to become involved in a messy conflict with no clear end in sight -- particularly not in an election year.

At the same time, however, the "culture of military restraint" frequently invoked by Westerwelle must also find a balance with Germany's foreign policy obligations. Berlin wants to once again be seen as a reliable partner and is eager to make up for its hurried and categorical refusal to participate in the international operation in Libya against dictator Moammar Gadhafi. Germany's allies were unimpressed -- a fact that limits its wiggle room this time around. Furthermore, France, one of Germany's closest allies, has taken the lead both times. Even if President François Hollande's sudden offensive came as a surprise to Merkel and other world leaders, she cannot leave him in the lurch.

EU Mission On the Way

The deployment of the two Transall planes is an attempt at a solution to this dilemma. Germany has opted for a minor role in the battle against the extremists in Mali, far away from the front lines. Merkel defended her country's minimalist approach on Wednesday during a visit to Berlin by Ivory Coast President Alassane Ouattara. Great Britain and Denmark, she noted, have made a similar contribution. In addition, she said, Germany could assist by providing aid to refugees and later could support the political process in Mali.

Each country, said Merkel, "must determine its capacity to contribute without endangering the safety of its soldiers involved in other missions." Merkel referred pointedly to the ongoing hostilities in Afghanistan, a country from which France has already withdrawn its forces.

In addition, Germany is to participate in a planned European Union mission to help train the Malian military. The undertaking has been under discussion for months. Now, following a meeting of EU foreign ministers in Brussels on Thursday, it will be pushed forward rapidly. A team is set to head for Mali already on Sunday to begin laying the groundwork.

Still, Germany's military would be able to do more. On Wednesday morning, top German military officials told a confidential meeting of the parliamentary Defense Committee that four Transall planes and two MedEvac aircraft -- modified Airbus jets equipped with the latest in first-aid technology -- were available.

The quick decision to send just two planes to help fly in ECOWAS soldiers rather that directly participating in the French offensive demonstrates how carefully Berlin is proceeding. And the approach is perhaps not unjustified. The first firefights between French troops and extremists on Wednesday provide a clear illustration that the French mission is a dangerous one. Hollande said on Wednesday that "we didn't expect more from the German government than has now been offered." He added that he was "completely satisfied."

Berlin remains uneasy, though. Experience has shown that those involved, no matter what their capacity, can quickly become enmeshed in war, says one source in the Merkel government. Germany fears that if the French meet more resistance from the Islamists than expected, Paris could request additional urgent military support from its partners. Such a situation would place Berlin in a difficult dilemma, having to choose between solidarity with France and its own declared unwillingness to become directly involved in the fighting. Some parliamentarians in Merkel's governing coalition are even unwilling to rule out such an eventuality. War, they say, can't be planned.

Merkel and her cabinet aren't willing to go that far, but the chancellor and Defense Minister de Maizière have indicated a willingness to review their current offer as needed. "If the situation changes, then we would of course not shy away from petitioning parliament for a mandate," Merkel said. Such a mandate is necessary for "armed" missions. German troops, in other words, could ultimately become more involved.