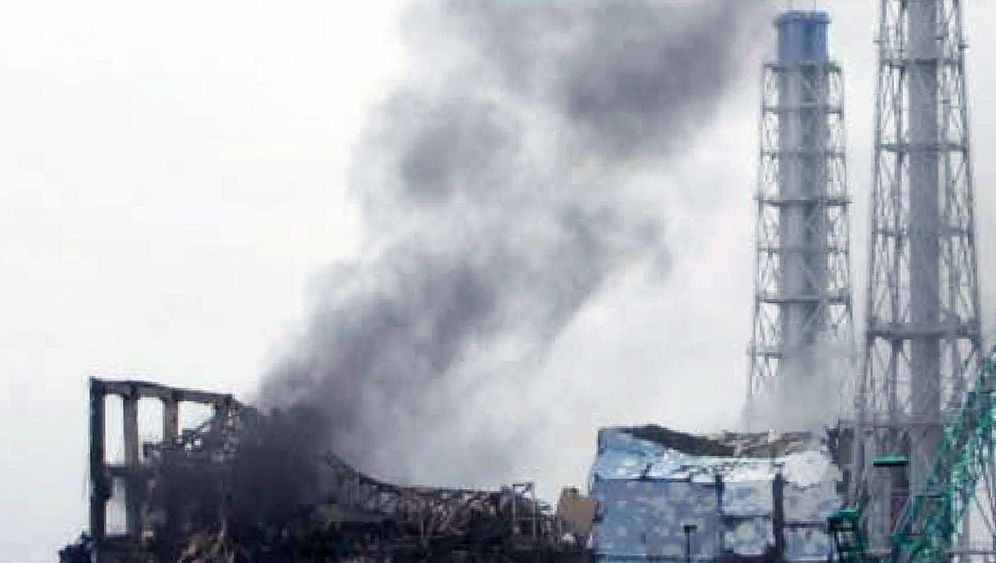 It must have been a difficult day for Tsunehisa Katsumata. In 2003, the then-president of the Tokyo Electric Power Company, or Tepco, gave a speech addressing what, until then, had been the biggest scandal in the history of Japan's largest energy utility company. In 29 incidents the year before, nuclear power plant maintenance documents had been falsified and Tepco had been forced to take 17 nuclear reactors temporarily offline as a result. Tepco CEO Hiroshi Araki and four other top executives resigned.

In unflinching words, Katsumata took his company to task for its shortcomings and announced no less than a new corporate culture, one with a strict code of ethics and a policy of open and honest communication with the public. Today, though, those words must ring hollow to the people who have received high levels of radiation following the accident at the Fukushima I power plant, and to those who have been evacuated and may never be able to return to their homes located near the plant again.

The tone of Katsumata's speech was clear: The numerous past incidents were in no way isolated mistakes made by individual employees. Instead, they were the result of a corporate culture at Tepco that had allowed hair-raising breaches in safety to occur.

A Nuclear Division Spins out of Control

"First, we must admit that we had no clear rules to judge whether equipment was fit for service," Katsumata states in his speech, which is still available on Tepco's website today. He said that there were no rules addressing the fact that machinery and equipment generally wear away or crack with the passage of time, so equipment was used as long as such flaws didn't pose "safety hazards."

And therein lies the problem: When something was unclear, Tepco engineers apparently made arbitrary decisions. "They repeatedly made personal decisions based on their own idea of safety," Katsumata said. But it is clear that those ideas of safety weren't stringent enough. "Nuclear division members tended to regard a stable supply of electricity as the ultimate objective," he said.

Over time, the nuclear division appeared to spin out of control, according to Katsumata's assessment. "The engineers were so confident in their knowledge of nuclear power that they came to hold the erroneous belief that they would not have to report problems to the national government as long as safety was maintained," he said. In the end, "they went as far as to delete factual data and falsify inspection and repair records."

He also attributed another dangerous trait to the engineers. The high degree of technical specialization required in nuclear power generation, he warned, had "hampered flexible personnel changes in the nuclear power division, and as a result, this division became a homogeneous and exclusive circle of engineers who defied checks by other divisions, including the management."

The 2004 manuscript is only one testament to the nuclear power giant's troubled approach to crisis management. Both before and after the speech, an impressive list of incidents continued to grow, including deadly accidents.

'What is Going on Here?'

Looking at the situation today, statements made by Tepco spokesman Hiroyuki Kuroda in March 2004 seem bitterly ironic. He pledged that Tepco had "learned numerous valuable lessons" from the 2002 scandal. "One of the most important was that information should always be shared," he said.

But the company's approach to public information seemed to be precisely the opposite during the past two years. Just as it had in previous years, Tepco appears to have reported to the Japanese government only those things it was unable to keep secret. It was only when the shell of one of the reactor buildings exploded live on television on March 12 that the world became aware of the true extent of the accident.

As a result, five days after the tsunami, Japanese Prime Minister Naoto Kan himself visited executives at Tepco headquarters and shouted at flabbergasted engineers: "What is going on here?" He reportedly accused the Tepco officials of placing the well-being of their own company above that of the Japanese people.

Critics Claim Tepco Did More to Save Plant than Ensure Safety

By doing so, he may have helped prevent even worse things from happening because the attitude that seems to have permeated Tepco -- namely that the company and its property should be given the greatest priority -- appears to remain in place, even in the face of a nuclear catastrophe. The engineers reportedly considered pumping ocean water mixed with boric acid into the damaged Reactor 1 as early as the morning of March 12 in order to prevent a threatening total core meltdown.

The problem was that the action would have been equivalent to abandoning the reactor altogether because the salt water would have caused damage that could have permanently destroyed the plant. The engineers waited for hours before they finally begin pumping sea water at 8:20 p.m. local time into the reactor. A Tepco spokesman said the company had waited until the right time, taking into account the security of the entire facility.

Critics, however, hold another view. Tepco "hesitated because it tried to protect its assets," Akira Omoto, a former Tepco executive and a member of the Japan Atomic Energy Commission, told the Wall Street Journal. Another government official, speaking on the condition of anonymity, told the newspaper: "This disaster is 60 percent man-made. They failed in their initial response. It's like Tepco dropped and lost a 100 yen coin while trying to pick up a 10 yen coin."