As expected, it came down to a struggle over terminology. U.S. President Donald Trump was strictly opposed to committing to the Paris climate agreement. It was only a few weeks ago that he announced America's withdrawal from the deal, arguing that it put his country at a disadvantage to China, among others.

German Chancellor Angela Merkel, by contrast, was adamant about including the issue of climate change, about which she is passionate, in the G-20's closing declaration. And most of the other summit participants agreed with her.

The result is a declaration that gives all G-20 nations the feeling that they managed to get what they wanted. In the closing communiqué, 19 of 20 summit participants expressed their commitment to the Paris Agreement. Furthermore, the climate deal is explicitly mentioned in the document, something that Trump had wanted to avoid. Merkel can chalk that up as a success.

At the same time, the G-20 declaration notes that the U.S. is withdrawing from Paris. The inclusion is hardly new - it is a mere formality. But it satisfied Trump. That's how diplomacy works.

But does Trump's isolation mean that progress has been made in the fight against global warming? On the positive side of the ledger, certainly, is the fact that Merkel received such clear support for a commitment to the Paris Agreement in the final declaration. Several countries, after all, had sent equivocal signals following the U.S. withdrawal.

Many of the questions centered on Russia and whether it would remain true to the Paris Agreement, particularly since Moscow has yet to ratify it. Canadian Prime Minister Justin Trudeau had likewise thrown his support behind the domestic oil industry, which riled climate activists. (Read DER SPIEGEL's G-20 interview with Prime Minister Trudeau here.)

And then there was Turkish Prime Minister Recep Tayyip Erdogan. Given the current tensions between Germany and Turkey, there were concerns that he could use the climate passage in the final declaration as a way to embarrass Merkel. In the end, he elected to support the final declaration, saving his bombshell for after the closing of the summit, when he indicated that Ankara might not ratify Paris after all.

Despite Erdogan's late change of heart, he and all the rest ultimately followed Merkel when it came to isolating Trump on the climate. The largest industrial nations in the world, aside from the U.S., have said they intend to move "swiftly" toward full implementation of the historic agreement. The declaration also includes a clear rejection of Trump's desire to renegotiate the deal, saying the Paris Agreement is "irreversible." That doesn't necessarily mean that the climate deal will survive in the long term, but it is alive for now.

That gives cause for hope. And perhaps the U.S. will return to the Paris fold under its next leader.

The real work is only just beginning. Paris is primarily a commitment to limiting global warming to a maximum of 2 degrees Celsius and to just 1.5 degrees Celsius if possible. But the self-named targets included in the agreement for reducing CO2 emissions are not binding.

If one believes the calculation of the climate experts, average global temperatures will rise by much more than 2 degrees Celsius by 2100. Indeed, the Potsdam Institute for Climate Impact Research warned shortly before the G-20 summit that radical steps were necessary to achieve the 2-degree goal. If CO2 emissions don't begin sinking within just a few years, the scientists warned, Paris is almost unachievable. The longer humanity takes to turn the corner on greenhouse gas emissions, the institute said, the faster emissions would have to sink in the ensuing years, making the achievement of the 2-degree goal all the less realistic.

Time, in other words, is running out. We are currently pumping more than 40 gigatons of CO2 into our atmosphere per year. The Potsdam Institute has calculated that, if we are serious about limiting temperature increases to between 1.5 and 2 degrees Celsius, then humanity can release no more than an additional 600 gigatons of CO2.

If emissions continue on their present path of 40 gigatons per year, we will reach the 600-gigaton limit in 15 years. As of 2032, we would essentially have to live in a world of zero emissions. That will be extremely difficult.

Merkel, though, can be satisfied with the G-20 closing declaration for now. Soon, though, she must ensure that German finally begins to sink its own CO2 emissions to the degree promised. Germany, after all, may be widely seen as a political standard bearer on climate issues. But as it stands now, the country will fall well short of its own emissions reductions goals. 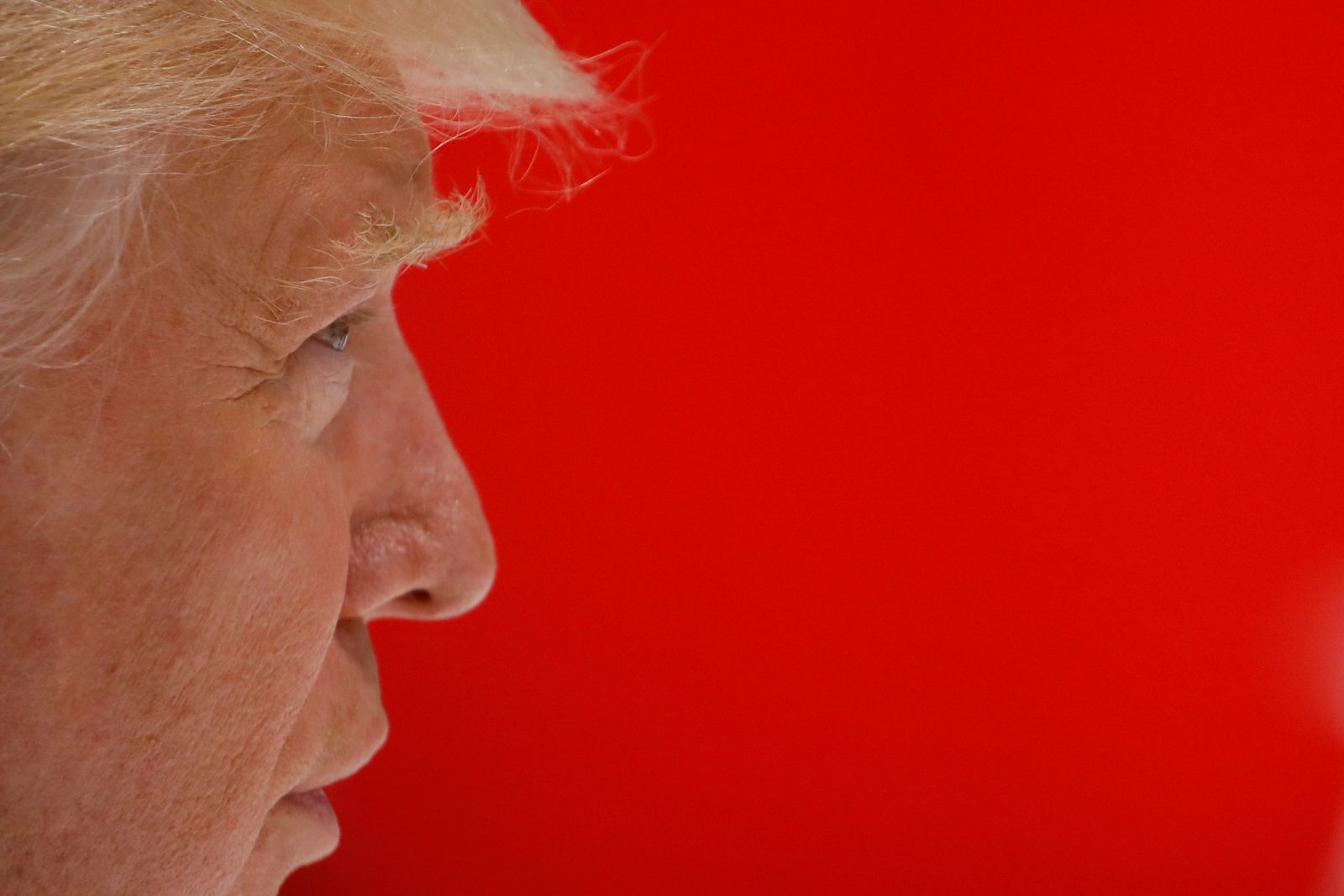 U.S. President Donald Trump at the G-20 summit in Hamburg.