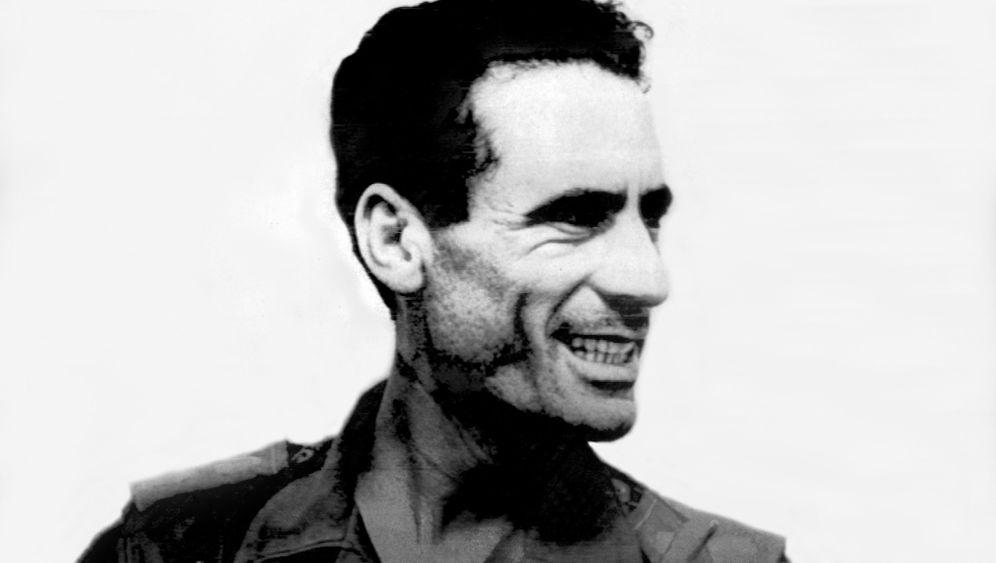 There are dictators who defy anecdotes, lead bureaucratic lives or never reveal the humanity behind their stiff public persona. And then there was Moammar Gadhafi, the colonel born to Bedouins in 1942, a dictator with whom one hardly knows where to begin when it comes to describing the man.

Perhaps it is best to begin with just one of his legendary television appearances -- the time he farted his way through a BBC interview. The flatulence was reportedly so loud and odiferous that reporter John Simpson later said the cameramen were startled and Gadhafi's assistants lit incense. "Does Libya's revolutionary leader have an uncontrollable digestive problem?" German daily Bild asked at the time.

To this day, it remains unclear whether the digestive emissions were a provocation. Such behavior, at least, would not have been out of character. Once, during an Arab League Summit, in front of rolling cameras, Gadhafi chose to enter the bathroom instead of the meeting hall, as if to show just how little he thought of the event. Former Egyptian President Hosni Mubarak was forced to haul him into the meeting.

And then there was his inexhaustible need to communicate. One of his most famous bouts of expression came in the form of his political philosophy, "The Green Book," which practically enjoyed constitutional status in his country. In it he wrote, in all seriousness: "Women are females and men are males. According to gynaecologists, women menstruate every month or so, while men, being male, do not menstruate or suffer during the monthly period." He ends the paragraph with the phrase: "End of gynaecological statement!" He also had his fanciful uniforms tailored in Paris.

The list could go on: It is easy to describe the eccentric Gadhafi. At the same time, however, it would be misleading to consider him as nothing more than an eccentric. Moammar Gadhafi was no Dadaist art project, even if he could perhaps pass as one. For more than 6 million Libyans, he was above all the man who subjugated them every day for more than four decades.

On Thursday, after months of searching across the whole country, he was finally captured -- close to the recently fallen city of his birth, Sirte. The National Transitional Council has confirmed that he is dead. There is no longer any doubt that the transfer of power in Libya will be permanent, and that fears of secret terrorist activities and mercenaries hired on behalf of the deposed dictator don't exist any more.

Countless Libyans disappeared in the decades of Gadhafi's reign of terror, kidnapped and probably often killed by the security forces. In the Libyan "people's courts" it was common for defendants to be denied access to lawyers and locked away for years without seeing their loved ones. Judgments were often handed down behind closed doors with no access to records for those convicted.

Anyone standing up for their human rights was putting themselves in danger, sometimes even risking their lives. There were repeated reports of torture, including electric shocks. Gadhafi's son Saif al-Islam acknowledged these reports and promised an investigation. Whether anyone in Libya was convicted of such offenses is unknown.

It wasn't only the Libyans who suffered from his unscrupulousness. Some 270 people were killed in the bombing of a Pan Am jet over Lockerbie in Scotland in 1988; it was the biggest, but far from the only, terrorist attack ordered by the despot, who came to power as a 27 year old in 1969 after deposing King Idris in a bloodless coup. In 1986, the La Belle disco in Berlin was bombed, and there were assassinations and coup attempts in several African countries.

From Inspiring Phenomenon to Chastened Despot

At one point this spring, Gadhafi threatened to hunt down insurgents "house by house" and kill them. That threat induced the United Nations to approve military intervention in Libya this March. With the aid of an international alliance, Libyan rebels eventually succeeded in deposing the Gadhafi regime.

If you were to divide Gadhafi's rule into rough segments, you could say that he went from being a mysterious phenomenon to a bloodthirsty rogue to a chastened despot. Without question, Gadhafi was a ruler with bizarre standards who thought he was the only person with all the answers. But, at the same time, he was also a factor in the political landscape. When he came into power, Arabs referred to Gadhafi as "the little Nasser" because, like the great leader in Cairo, he wanted to unite the Arabs. Pan-Arabism was long a central focus of his, and it would take years before he finally grew disillusioned and gave up on the idea of a "United States of Africa."

In the 1970s, he began to develop the ideas that he would put down in his famous "Green Book." He proclaimed a "third universal theory" between socialism and capitalism, he labelled Libya the "republic of the masses," and he called for the Middle East conflict to be solved by creating a new state called "Isratin" -- a combination of the words Israel and Palestine. At the same time, he financed groups that he viewed as "anti-imperialist" but most of the world saw as terrorist, including Ireland's IRA and radical Palestinian groups. At the same time, he also provided funding to the anti-Apartheid movement in South Africa.

Gadhafi also dispatched murderers into the world. In doing so, he allowed Libya's confrontation with the United States to escalate. In response to a Libyan attack on La Belle, a Berlin disco frequented by Americans, President Ronald Reagan had Gadhafi's headquarters bombed in 1986 and the Libyan leader only narrowly escaped with his life. His pursued a secret nuclear weapons program and he experimented with poisonous gas. And, as the pariah par excellence, there were only a few countries in which he could pitch his Bedouin tent.

Then came the about-face. In 2000, he provided assistance in liberating European hostages in the Philippines. Not too long after the 9/11 terrorist attacks, he also paid out damages relating to Lockerbie and other crimes. He also renounced Tripoli's weapons of mass destruction programs. Presumably, it was fear that motivated him -- concern that his name might be placed directly under Saddam Hussein on the list of priorities in the US-led war on terror.

At the time, the international community took steps to resocialize Gadhafi: Business ties were re-established and the United States was pleased with the intelligence the Libyan secret service provided on Islamist terrorists. In Germany, too, Chancellor Gerhard Schröder, like other Western leaders, soon enough found himself visiting Gadhafi's Bedouin tent.

Nevertheless, irritations persisted when it came to foreign relations. In 2009, Gadhafi spoke before the UN General Assembly and lambasted the Security Council, saying it should be called a "terror council." And in 2010, he declared "jihad" against Switzerland. Inside Libya, of course, nothing changed. Ultimately, his about-face applied only to foreign policy. Gadhafi's henchmen continued to torture and kill thousands.

And so the "Colonel" (no one was allowed to carry a higher rank) would probably have carried on his rule unhindered by the west until his death from old age. The tide only turned against the narcissistic dictator when, inspired by events in Tunisia and Egypt, the Libyan opposition rose up against him. He fought back bitterly for half a year, cooking up wild theories amidst the defensive struggle, such as the absurd claim the insurgents were under the influence of drugs dispersed by al-Qaida. It was no use: They eventually took Tripoli, where they could not initially find him -- and killed him weeks later.

What will be Gadhafi's legacy? He leaves behind a country which could be rich, but is not. Institutions he set up have no internal stability; everything was orientated around him and his crude ideology. The Libyans have defeated him themselves -- this is an opportunity and a risk at the same time.The freedom is there. Now it must be molded.