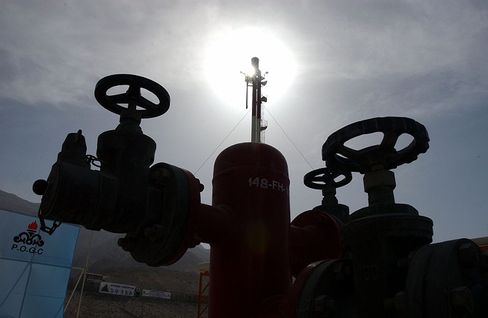 A diplomatic spat is brewing between Germany and Israel over an export license granted to a German company to provide Iran with high-tech gas plants. Israel has strongly criticized the decision by Germany's Federal Office of Economics and Export Control (BAFA) to allow Steiner Prematechnik Gastec to go ahead with the deal, worth €100 million.

On Thursday the Israel Foreign Ministry voiced its anger at the German government decision, which was announced by BAFA on Tuesday in Berlin. The German firm is to deliver equipment for building three plants in southern Iran that will convert natural gas into liquid which can then be more easily transported.

The ministry said in a statement that the decision "contravenes the spirit of sanctions handed down by members of the (UN) Security Council on Iran." It said that it was "worrying" that Germany, as one of six nations leading efforts to rein in Iran's nuclear program would adopt a position "that harms the international effort to considerably toughen sanctions against Iran." The ministry added that it would be seeking clarification about the deal from senior German government officials.

However Germany's Economics Ministry has already rejected the criticism. A ministry spokesperson told the AFP news agency on Thursday that BAFA has spent 12 months examining the deal and had found no indication that the goods to be exported could in any way be used for military purposes. He said there was, therefore, "no legal possibility to prevent the export."

The Jerusalem Post reported on Thursday that Israeli government sources had told the newspaper that they had expected more of Germany because of the country's unique relationship with Israel.

The announcement also came in for severe criticism from the Simon Wiesenthal Center, an international Jewish human rights organization, which called on German Chancellor Angela Merkel to block the deal. "This deal helps Iran in a sensitive sector and makes a mockery of the international community's efforts to isolate a nuclearizing Iranian regime," Rabbi Abraham Cooper, an associated dean at the center, said in a statement.

On Friday, Norwegian oil and gas group StatoilHydro confirmed that is would not make any new investments in Iran, following pressure from the United States to isolate the mullah regime commercially. CEO Helge Lund told reporters that while the company will see through its current contractual obligations in Iran it would not make any new investments.

In July, French energy giant Total French announced that it would cease investing in Iran because it was too risky politically. The company had won a contract in 2006 for work at Iran's sprawling South Pars gas field.

Iran is currently considering an offer by the six major powers, the five permanent members of the UN Security Council -- the US, UK, China, Russia and France -- plus Germany, to hold off on more sanctions if it freezes its nuclear program. Tehran is due to respond to the offer by Saturday although EU diplomats on Friday told Reuters that they are ready to wait a few more days beyond that informal deadline for a response. Tehran says that its uranium enrichment program is aimed at producing energy but the West suspect that Iran is seeking to develop nuclear weapons.