When Mohammed Warda first took his bride in his arms she looked "as if she had just stepped out of a grave that was filled with earth." He had spent an hour sitting nervously by a big hole in the ground in the Gaza Strip, while May crawled backwards through the tunnel, keeping her eyes closed because of the sand that trickled from the roof. Her groom had to pay $1,500 (€1,021) for her to be smuggled through a tunnel from the Egyptian side of the border to the Gaza Strip. And 23-year-old May knew the whole time that the risky undertaking could cost her her life.

Mohammed had been honest with her when he phoned her, telling her of the dangers she faced. First of all there were the Egyptians who were trying to cut off the tunnels, sometimes by throwing gas grenades down the shafts. Dozens of people working on the tunnels had been killed in recent months by these methods. Furthermore there were the Israeli air strikes to contend with: Ever since Israel failed to halt the smuggling during the Gaza war they launched at the beginning of the year, its air force had taken to sporadically striking the border with Egypt.

And then there was the danger that the tunnel could simply collapse. "I knew that I could be buried alive at any moment," May says. After almost an hour underground she staggered into Mohammed's waiting arms. "I was shocked," the 26-year-old says. "I felt so bad that she had gone through this ordeal for me."

May and Mohammed's story began one evening three months earlier. The entire clan had gathered in the Warda family's humble apartment in the Nuseirat refugee camp in the Gaza Strip. Ten family members were sitting in front of their most prized possession: a computer with a webcam that kept them in touch with their relatives in the West Bank. A red-faced Mohammed Warda was holding the mouse, and his cousin May appeared on the screen surrounded by her relatives. "Why are you so red?" was the first question May asked the man her family had agreed would be her future husband. Mohammed mumbled something before the fathers took over the conversation. "Are you agreed?" they asked. Mohammed and May smiled at each other via the webcam and nodded. The families cheered.

An engagement contrived by one of the fathers, spouses who are already second cousins: So far, the story of Mohammed and May sounds like an everyday tale from the Arab world. However, their story differs from those of the many other couples who enter into arranged marriages in a few vital ways. First of all, the two fell in love in the weeks following their online engagement. May and Mohammed got to know each other by phone, webcam and e-mail and a virtual romance blossomed. Secondly the barrier to their love and marriage was formed by politics of the highest order.

The Gaza Strip has been sealed off by an Israeli blockade ever since the radical Islamist group Hamas had prevailed in a violent power struggle there in 2007. One and a half million people are trapped in one of the most densely populated areas on Earth, according to the United Nations. The fact that the Palestinians living there are forbidden from leaving the Gaza Strip or moving to the West Bank has been described by the UN as "collective punishment."

That meant that if the couple were going to marry, it would have to be May who left the West Bank. She and her mother took a shared taxi to Jordan and then travelled on to Egypt. She then had to bid her mother farewell at the Egyptian side of the border with Gaza. She didn't know if she would ever see her family again. And she knew she would have to crawl through the infamous smugglers' tunnels into the Gaza Strip, if she was ever to be happily married.

It took four days and thousands of kilometers for May to travel from Ramallah to Gaza. "After our online engagement I applied to the Israelis five times, asking for permission to join May in the West Bank -- to no avail," Mohammed explains. So they decided that May would have to come to him. "She was willing to do it immediately, that is how much she loves me," says Mohammed, beaming in his parents' living room. They have no furniture apart from the table where the computer stands and the foam mattresses that line the walls. During the day the mattresses serve as sofas and at night the family sleeps here. Mohammed is sitting on one of these mattresses, May close by his side. They can hardly see the poverty that surrounds them, they are still so blinded by their love story.

One could look at Mohammed and May's story as a romantic tale, in which two lovers overcame all the odds to be together. However, in reality, this is the sad story of a young couple who suffer under circumstances that are unlikely to change. They belong to neither a nation nor a state, and are as much victims of the internal rivalries between the Palestinians as of the conflict between the Israelis and the Palestinians. Their shared future looks pretty grim.

Glowing Happiness Could Soon be Over

In addition, they are starting off married life with serious money worries. Paying for May to be smuggled through the tunnel, the wedding, the sparse furniture in the single room where they now live in Mohammed's parents' home -- these all cost more than they could really afford. "I have $4,000 in debts and I don't know how I am going to pay it back," says Mohammed. He gets around $250 a month from the Fatah-controlled Palestinian Authority, based in the West Bank.

Before the Hamas takeover in the Gaza Strip, Mohammed had been a body guard for their rivals Fatah. Now that Hamas is at the helm, he is destined to stay unemployed. Fatah is no longer paying for his work but for his loyalty. It is unlikely he will find a job under the present circumstances. The blockade has decimated economic activity in the Gaza Strip, leaving more than 40 percent of the population without a job.

It is slowly dawning on the young couple that those first glowing days of happiness could soon be over. May misses her mother. "My father died four weeks before I left home and now my mother has lost her only daughter," she says. She also misses the job she had in a boutique in Ramallah. "Love is cruel," the 23-year-old admits. She had no illusions that she would be living the good life in Gaza, she says. "But I didn't expect it to be this bad."

May still hasn't seen the Mediterranean, although the sea is only a short 20-minute drive away from her in-laws' home. The journey would cost a dollar and Mohammed and May just don't have the money to spare.

Correction: In the original translation of this piece erroneously stated that Mohammed gets around $25 a month from the Fatah-controlled Palestinian Authority. The error has been corrected.
Mehr lesen über
Gaza Strip Middle East West Bank Palestinian Territories Ulrike Putz 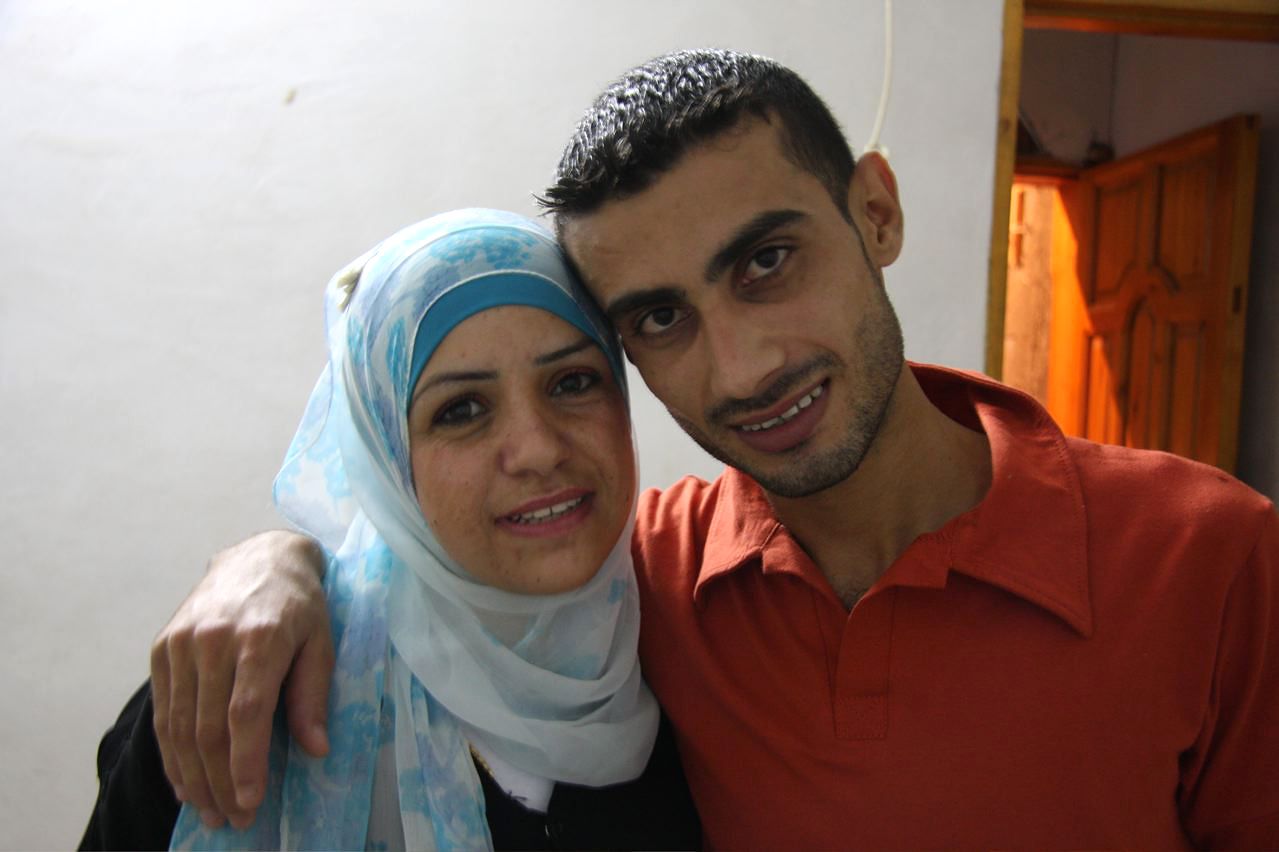 May and Mohammed together in Gaza.