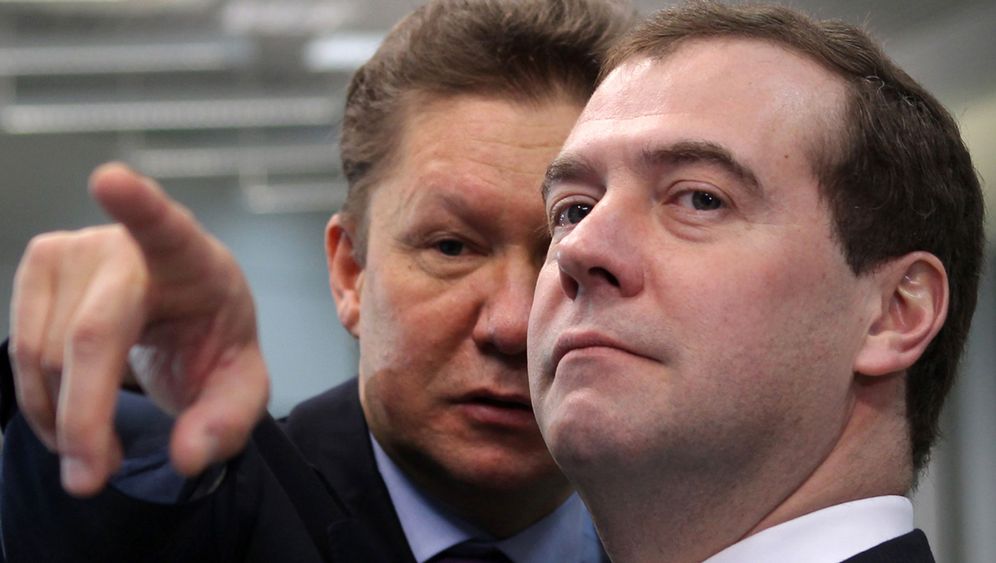 Early this week, an invoice was delivered to the Ukrainian government and Naftogaz, the country's national oil and natural gas company. It was sent by Russian energy giant Gazprom, and it read almost like a declaration of war: the Russians were demanding $7 billion for 16 billion cubic meters of natural gas -- which Ukraine hadn't even used.

The principle at stake is "take or pay." According to a long-standing clause in Gazprom's supply agreement, customers are obligated to accept a contractually-agreed minimum quantity of natural gas, and even if the customer uses less, Moscow gets paid the full sum. It's a common practice in the energy business and indicative of Russia's energy clout. But now Ukraine is digging in its heels and there is a good chance it won't have to pay up.

The dispute is symptomatic of the Russian energy giant's current plight. Technological progress is threatening its business model and the company that has long monopolized the market has failed to adjust in time. "Eat or be eaten" has been its general operating principle when it comes to prices. For decades, many countries, including Ukraine, relied on Gazprom for its gas supply, but the market is becoming increasingly global. With the supply of natural gas growing and prices falling, Gazprom is beginning to lose its grip on the market.

There are three primary risks that are threatening the country. For one, rivals in the Middle East are constructing facilities for liquefied natural gas (LNG) and developing a fleet of special tankers that will be able to transport LNG to destinations thousands of kilometers away -- further than any pipeline and with far more flexible trade routes. In Europe and Asia, LNG is increasingly competing with Gazprom. Qatar in particular has massively boosted its LNG supply to Europe: In 2011, the emirate exported 44 billion cubic meters, compared to 5 billion cubic meters in 2006.

Secondly, Norway is expanding its gas exploration and wresting market share from Russia in Europe. According to Eurostat, the European Union's statistical authority, Norway's gas sales in Europe rose by 16 percent in 2012, while Gazprom's fell by 8 percent.

And thirdly, thanks to new drilling methods, it has become easier to extract natural gas trapped in permafrost, dense clay and, especially, shale, allowing for gas production in previously untapped regions. In the US particularly, fracking, as it known, has triggered a gas bonanza, making it hard for Russia to get a foothold in the market. Gazprom was aiming to secure 10 percent of the US market, but this goal now seems decidedly out of reach.

The Kremlin is feeling the effects of these developments in the gas market. In coming years, EU countries such as Poland are planning to concentrate on unconventional gas extraction in order to reduce reliance of Russia. With gas and oil accounting for 50 percent of state revenue, a drop in Russian exports will hit Moscow hard. In addition, it will lose leverage over countries such as Poland, Ukraine, Lithuania and other states that used belong to the Soviet sphere of influence. The German intelligence service Bundesnachrichtendienst (BND) predicts that the erstwhile energy giant will soon begin to lose power.

Gazprom, as a result, has devolved from being one of the Kremlin's biggest political assets to becoming a problem child. Decades of market domination have made the company lazy and it is now failing to adapt. The company continues trying to impose costly, long-term supply contracts on its customers, even though gas prices on the spot market have long since begun undercutting Gazprom. Furthermore, it remains inefficient, often spending up to three times as much as its rivals on similar projects.

Now, reality is quickly catching up with the company -- and it has been brutal. Gazprom has beem forced to concede discounts to its customers with increasing frequency. Recently, Polish company PGNiG beat the supply price of Russian natural gas down from $500 to $450 per 1,000 cubic meters. German market leader E.on Ruhrgas, meanwhile, negotiated a price reduction of over €1 billion for 2012 alone. Customers are also buying more from Gazprom's rivals.

Gazprom is feeling the pinch. Between January and September, 2012, the company saw profits of some €20.2 billion, down 12 percent on the same period in 2011. Its turnover from gas exports dropped 8 percent to €44.9 billion. According to the former Deputy Energy Minister Vladimir Milov, now an opposition politician, the company's gas production fell by 6.7 percent to 478 billion cubic meters last year.

Gazprom blames the crisis in the key European market, which usually is responsible for two-thirds of the company's profits. Yet demand for Gazprom natural gas has dropped more steeply than demand for gas in general. In Italy, for example, general demand for natural gas declined in the first three quarter of 2012 by 2.6 percent, but Gazprom supplied 11 percent less in the same period. In the Netherlands, meanwhile, total sales dropped by 9 percent, with Gazprom's supply to the country dropping by 42.6 percent. Polish demand for gas actually rose by 6.2 percent, but imported 11.5 percent less from Gazprom.

As the company loses its market share, the European Commission is preparing to clip its wings even further. In early September, regulators launched an investigation into whether Gazprom might be hindering competition in Central and Eastern European gas markets, in breach of EU anti-trust rules. The investigation strikes at the heart of the Russian business model, and will examine several of its practices, such as whether it has imposed unfair prices on its customers by linking the price of natural gas to that of oil.

Gazprom is also under pressure outside the EU. Ukraine, a chronically cash-strapped key customer of the Russian company, is cutting down on gas imports. The "take or pay" contracts signed in 2009 foresaw annual deliveries of 41.6 billion cubic meters, but Kiev imported just 25.9 billion cubic meters in 2012. In 2013, it expects to import only 20 billion cubic meters.

High energy costs are threatening to derail the Ukrainian economy. For the time being, the country pays an extortionate $425 per 1,000 cubic meters of gas, with Russia tying any potential reductions to political demands. Moscow has let Kiev know that it can only expect a discount if Ukraine joins the Russian-led Customs Union. Belarus has already caved in and now pays just $185 per 1,000 cubic meters of gas.

But Ukraine is working on ways to get by the blackmail. A terminal for LNG tankers is planned in Odessa, and just days before Gazprom presented the $7 billion invoice, Kiev signed a shale gas production sharing agreement with Shell. Further deals with Chevron and Exxon are also in the cards.

Gazprom is even under pressure in Russia. Moscow wants to open up natural gas and oil extraction on the Arctic continental shelves to smaller companies -- a decision that comes as a blow to Gazprom and the state oil company Rosneft.

'No Doubt That It Will Change'

Novatek, Russia's second-largest gas producer, cultivates close ties to the Kremlin and has begun stealing customers and market share from Gazprom. In 2011 alone, Novatek's gas exports rose by 45 percent. Political observers in Moscow say Gazprom chairman Alexey Miller is falling out of favor with President Vladimir Putin and believe his position is weakening.

Russian Prime Minister Dmitry Medvedev -- a former chair of Gazprom's board -- likewise fears that the days of Russia's natural gas monopoly are numbered and appears to be weighing up alternatives. Only recently, he made comments suggesting that Gazprom may have its export monopoly status rescinded.

Russia needs to lower its dependence on the export of energy resources, he said at the World Economic Forum in Davos. "We should give thought to what we can present to the world in case the paradigm of energy development is changed," he said. "I have no doubt that it will change."