Serbian President Aleksander Vučić threw a tantrum this week of a kind that should give us pause for thought. "European solidarity does not exist," he raged. "That was a fairy tale on paper." He complained that recently, Europe had sought to force Serbia to reduce its reliance on goods from China and import from Europe instead. Now that Serbia needs goods from Europe, though, "Serbian money is worth nothing."

Serbia, which isn't yet a member of the European Union club, would like to purchase protective suits and face masks from Europe to prepare for the coronavirus pandemic. But Europe isn't selling because "medical goods can only be exported to non-EU countries with the explicit authorization of the EU governments," as European Commission President Ursula von der Leyen announced earlier this week. "This is the right thing to do, because we need that equipment for our health-care systems."

So Vučić wrote a letter to Chinese President Xi Jinping, certain that Beijing would jump in to fill the void. "I believe in my brother and friend Xi Jinping, and I believe in China's help," he wrote.

"A Friend In Need Is a Friend Indeed"

It's a crazy situation: The government that initially tried to cover up the coronavirus outbreak, then implemented radical measures to fight it and slowly got it under control at great cost, is now being seen by a European leader as the savior in the corona crisis. And Beijing was more than happy to accept the compliment. "A friend in need is a friend indeed," wrote Chinese state news agency Xinhua. "When handshakes are no longer encouraged in Europe, China's helping hand could make a difference."

"Sunshine always comes after the rain."

And that is how geopolitics work: If a vacuum appears, someone immediately jumps in to fill it.

The EU, of course, is fully aware that Beijing is on the lookout for such vacuums. Just a year ago, Brussels declared China to be a "systemic rival promoting alternative models of governance." Yet now, Europe is exposing a flank to that rival -- not just in the Balkans and Eastern Europe, where China has been trying to ramp up its influence for years, but even within the EU itself.

Meanwhile, two teams of Chinese doctors with aid supplies have arrived in Italy and a third is on the way. Spain, too, can count on assistance from China, said Xi Jinping following a telephone call with Spanish Prime Minister Pedro Sánchez. "Sunshine always comes after the rain," the Chinese president said. On Wednesday, Commission President von der Leyen announced that China would be providing 2 million masks to Europe, along with other supplies.

Beijing is also shipping aid supplies to Iran, Iraq and the Philippines. Jack Ma, the founder of the vast Chinese online retailer Alibaba, announced he was sending 20,000 test kits, 100,000 masks and 1,000 protective suits for doctors and nurses to each of the 54 countries in Africa. Previously, the Jack Ma Foundation and the Alibaba Foundation had sent aid supplies to Japan, South Korea and other countries.

Politics - and, by extension, geopolitics – does not come to a halt in times of crisis. On the contrary, they can become much more ruthless. That can be seen particularly clearly in the conflict between the U.S. and China, which has grown especially tense following months of a disastrous trade war. In February, Washington announced that Chinese state media representatives in the U.S. would be categorized as "foreign agents." One day later, Beijing threw out a trio of reporters from the Wall Street Journal, while on Tuesday of this week, the Chinese Foreign Ministry demanded that at least 13 reporters from the New York Times, the Washington Post and the Wall Street Journal turn in their press credentials. It is an unprecedented step.

At the same time, Beijing and Washington are exchanging accusations about who is responsible for the current crisis. U.S. President Donald Trump has taken to calling it the "Chinese Virus," while a spokesman for the Chinese Foreign Ministry in all seriousness suggested that soldiers from the U.S. Army may have brought the virus into Wuhan.

Nobody Will Lead the World Out of Its Current Misery Alone

During the global economic and financial crisis of 2008-2009, the U.S. and China consulted closely with each other. Washington pumped liquidity into the banking system while China set up a vast investment program to stimulate the real economy. Together with their partners in Europe and the Far East, the largest and then-third largest economies in the world managed to withstand the crisis.

Today, though, the two powers are far away from that kind of cooperation. China, now the world's second largest economy, didn't receive a single mention in Monday's statement from G-7 heads of state and government. For Beijing, which is not a member of the G-7, it is just another indication that China is all on its own.

"If we lose control, the pandemic will risk a new round of global and economic crises and social turmoil," a Chinese government adviser told the South China Morning Post. "So far, there is no coordinated global action, and we may not see one any time soon."

If climate change and the migration tragedies we have witnessed in recent years didn't make it obvious enough, COVID-19 is demonstrating it day in and day out: In crises like this one, some form of global government is needed, as premature and incomplete is it might end up being, given the pressures created by the unending slew of bad news.

Such crises require communication and cooperation far beyond national borders and even continental shores. Instead, though, we are seeing political and economic spheres of influence moving toward isolation.

Nobody will be able to lead the world out of its current misery alone. Not China, which felt a couple of days ago that it was seeing an end to the health crisis, only to now be fearful of the economic waves crashing over the globe. Not the U.S., whose president assured his people just a few days ago that the country was well prepared and who is now mobilizing hundreds of billions of dollars to ward off the worst of it. And not Europe either, which is closing national borders one country at a time and seems to be forgetting its neighbors.

Social distancing is the medical solution to the spread of the virus. But in global politics, we need quite the opposite. 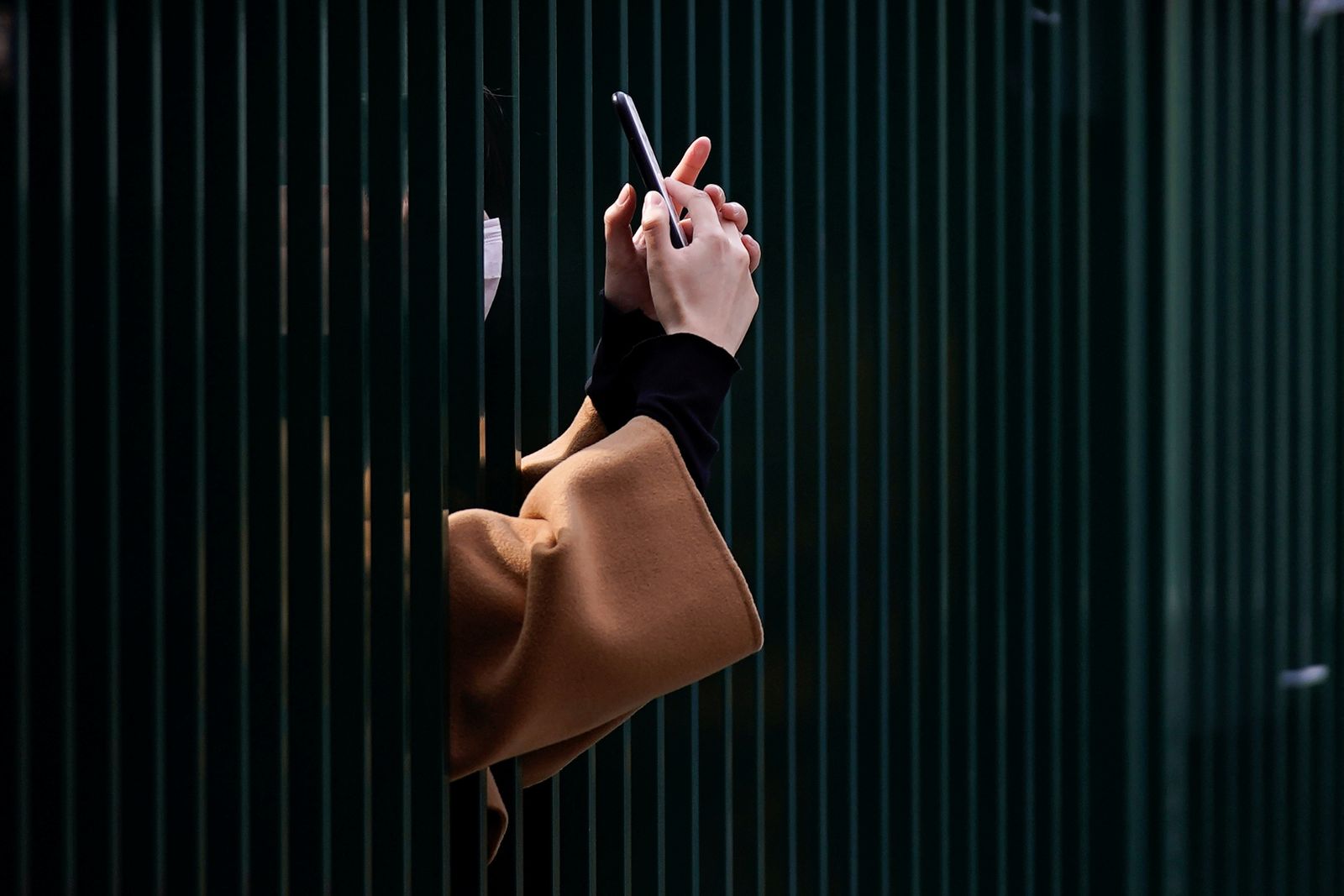 A woman in a face mask takies pictures of cherry blossoms through the closed gates of a park in Shanghai.