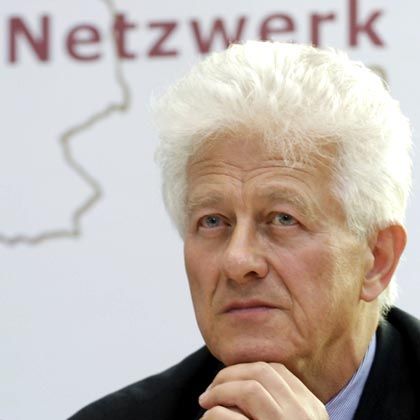 SPIEGEL ONLINE: Results coming in from the Super Tuesday primaries indicate that Hillary Clinton is ahead. What would a President Clinton mean for American foreign policy, in contrast with Barack Obama?

Voigt: Obama and Clinton embody different political styles and different generations. But their positions on foreign and security policy are very close. They will increase the power and the appeal of the USA. That also means they will approach their European allies more. That will be linked to demands for stronger involvement -- be they civil, military, regional or global. Europe will become an increasingly important force in solving problems.

SPIEGEL ONLINE: What kind of bilateral and multilateral relations would you expect from a Republican President John McCain?

Voigt: McCain's personal experiences have given him very firm convictions in foreign and security policy. He wants a very strong US role -- a stance he has in common with the Democrats. But he puts more emphasis on military security. Just like the Democrats he would urge the Europeans to make a stronger contribution in civilian terms, but especially in military terms.

SPIEGEL ONLINE: How much leeway will the new Democrat or Republican US president actually have to transform US foreign policy?

Voigt: In times of crisis the personality of the president is an important factor, both positive or negative. So who ends up getting elected is important. At the same time a number of things are undisputed: That the US must preserve its status as a leading world power. That it needs a strong military. But there are differences in emphasis: The extent to which one is prepared to listen to allies when one wants their support. To what extent one involves multilateral institutions such as the United Nations and NATO. But in situations where US security is at stake, no American president will allow his or her decision to be tied to multilateral institutions.

SPIEGEL ONLINE: A surven taken by German pollster Forsa shows 43 percent of Germans prefer Barack Obama over Hillary Clinton for US president. How do you feel?

Voigt: I'm in the same position as most Germans. I'm swinging between the two of them. My gut feeling is to go for Barack Obama, but my head tells me to back Hillary Clinton.

German Poll: Which Democrat Would You Prefer to See in the White House?

SPIEGEL ONLINE: How would you as an election observer interpret the results of Super Tuesday?

Voigt: The country is experiencing these primaries as a process of democratic renewal, because the personal and financial contribution of many ordinary people has influenced the outcome of the voting. Many Americans regard that as an affirmation of their system."

The interview was conducted by Leonie Wild.