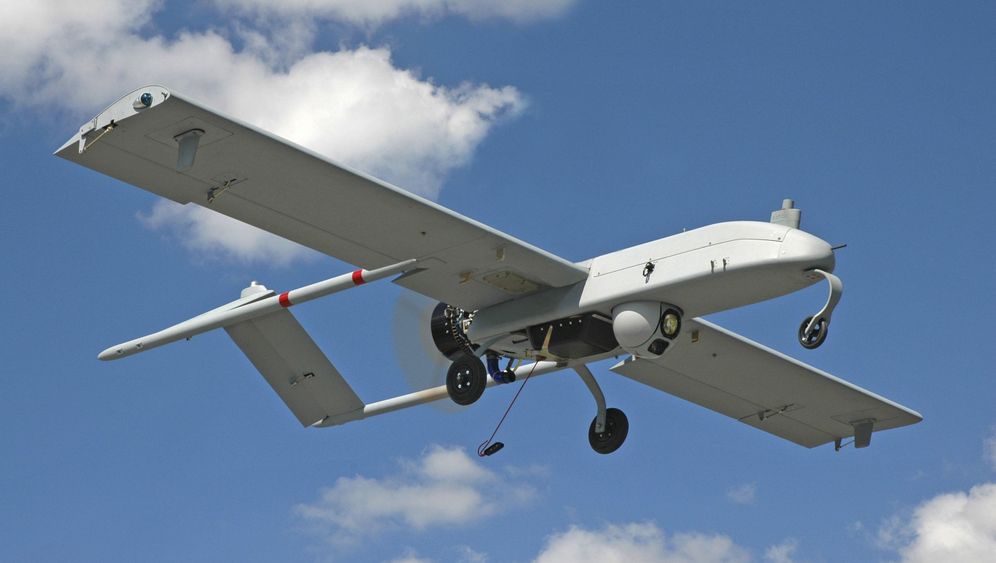 Photo Gallery: War with the Click of a Mouse

Her grayish-blue eyes are swollen from crying. Cirsten B. sits on the couch in her small apartment in the western German city of Aachen and presses her folded hands into her lap. She's searching for words for something a mother has no words for -- because it simply can't be true.

The 54-year-old, born in the eastern German state of Thuringia, married a Tunisian man and converted to Islam 25 years ago. Now she has lost two children to jihad. In the fall of 2009, they secretly slipped away to join the holy war. Her son, Samir, was the first to go, followed a month later by Soumaia, her youngest daughter.

"I'll never see Samir again," Cirsten B. says as she glances over at a computer. For two and a half years, that computer kept her in sporadic contact with her children in the mountainous Pakistani region of Waziristan. News of her son's death also reached her via Skype.

After months of silence, Soumaia finally made contact in March. The 21-year-old spoke to her mother about the amana, a blessing that Allah entrusted to her care, but had now taken back. "But not Samir?" the mother asked. "Yes," Soumaia answered. "They were on their way back home when an American drone fired on their vehicle."

On the morning of March 9, 29-year-old Samir H. was in a large pickup truck in southern Waziristan when a remote-controlled US Army drone, several kilometers high, took aim at the vehicle. Reports indicate that at least one of the three rockets launched by the drone hit the target and destroyed the pickup truck carrying up to 12 suspected Taliban and foreign fighters.

The fact that the strike killed a German national lends it diplomatic precarity. With its attacks in Waziristan, the United States has been operating in a gray zone of international law. On the one hand, members of the Afghan Taliban are hiding out in the region. On the other, however, Pakistan is officially at peace. Given these circumstances, is it still permissible to launch pre-emptive strikes using military means?

US President Barack Obama has answered this question with a clear "yes." In recent years, the American military's Joint Special Operations Command has massively increased the number of operations it conducts with unmanned aircrafts in the war on terror. Roughly 800 drones are currently in use in the Hindu Kush region and North Africa. According to one US study, some 2,000 people in Pakistan alone have been visited by death from the sky.

The case of Samir H. has been kept secret until now. But in Germany at least, it could reignite the debate over the legitimacy of America's air war. This isn't the first time that a German citizen has fallen victim to a drone attack. In October 2010, Bünyamin E., a 20-year-old German of Turkish descent from the western city of Wuppertal, was killed on the outskirts of the town of Mir Ali, in Waziristan.

At the time, this incident sparked serious political debates within Germany because the Federal Criminal Police Office (BKA) had provided American intelligence agencies with information related to Bünyamin E.'s departure from Germany and cell-phone usage. In response, Germany's Interior Ministry issued tighter regulations and instructed the Federal Office for the Protection of the Constitution (BfV), Germany's domestic intelligence agency, to no longer relay information to German allies that would allow them to locate German citizens.

It remains unclear what led up to the strike on the pickup truck and the death of Samir H. His mother is demanding that the German government launch an investigation into the attack. "That was murder," she claims.

German investigating authorities considered Samir H. to be one of the most dangerous Islamists in the country. In a 2010 video posted online by the terror group Islamic Movement of Uzbekistan (IMU), he refers to himself as "Abu Laith." He talks about an ambush into which jihadists lured Pakistani soldiers and claims that 20 of them were killed in the operation. Abu Laith says he's having "a good time."

Since the video's release, the question of how things could have gone this far has plagued Samir H.'s mother. "We practice a temperate, moderate form of Islam," says Cirsten B., who graduated from college in the eastern German city of Jena with a teaching degree. When her first child was born, she gave up her career ambitions, and the family moved into a four-story apartment building on the outskirts of Aachen. A bookcase above the television holds 24 volumes of the German Brockhaus encyclopedia alongside books in Arabic and a copy of the Koran. While her daughters wore headscarves in school, her son, Samir, wore jeans and a T-shirt.

Cirsten B. remembers that, at a certain point, Samir started to interpret Islam more strictly and deny himself all comforts. She says that, "like the Prophet," he ate dates in the morning and bread with oil for lunch. In 2004, he went to Saudi Arabia and Egypt to study Arabic, and when he showed up in Aachen three years later, he wore traditional garments and a long beard. "We discussed this change with him a lot," B. says. But, she adds, the idea that he would ever drift into the jihadist scene was beyond her imagination.

"Perhaps he met the wrong people," B. surmises. Maybe it was also the online presentations of radical preachers that radicalized Samir, she says. "Why aren't these propaganda films taken off the Net?" she asks somewhat helplessly, adding that "young people latch onto them."

In 2004, when Samir H. married a Tunisian woman born in Germany, it seemed like his life was heading in the direction his mother had been hoping it would. The couple had two children, and jihad seemed far away. But Samir didn't want to live in Germany anymore and insisted on having his son, Hamsa, and daughter, Shaima, grow up in a Muslim country. "That wasn't a problem for us," Cirsten B. says with a sigh. "He was somehow really a role model, too."

Following In Her Brother's Footsteps

Her second daughter, Soumaia, was particularly fascinated by the religious élan of her big brother. In October 2009, Samir flew with his wife and children to Iran before continuing on to Pakistan. Soumaia, then 18, left Aachen a month later.

Cirsten B. raises her arms and focuses on an imaginary point on the ceiling. "If we'd known what they were planning, we would've never allowed them to leave." In November 2010, B. registered her daughter as missing. That very same day, she found a farewell letter from Soumaia in the mailbox. "To my beloved family," she wrote, "If you are reading this, I am -- inshallah -- on a long journey."

At a certain point in the letter, Soumaia refers to an IMU propaganda film in which a pair of German brothers, the Islamists Yassin and Mounir Chouka from the western city of Bonn, call on their "brothers and sisters in Germany" to come to Pakistan with their families. The BKA analyzed the farewell letter and determined that Soumaia had copied individual passages from the IMU film almost verbatim into her handwritten text. There were even pharmacies and schools in Waziristan, Soumaia pointed out, and she raved about her wonderful life among the mujahedeen.

In the meantime, Cirsten B. has learned that her youngest daughter's life is one primarily characterized by privation. When she asked Soumaia why she contacted her so rarely, she was told that her hut had no electricity and not even running water.

Soumaia hasn't made contact since the Skype call at the end of March. "We're very worried," Cirsten B. says, "because we believe she wants to come back home but can't get away from there." She'd like to share her anxieties with the parents of children who have also drifted off into jihad -- and hopes to found a self-help group.

6 Bilder Photo Gallery: War with the Click of a Mouse 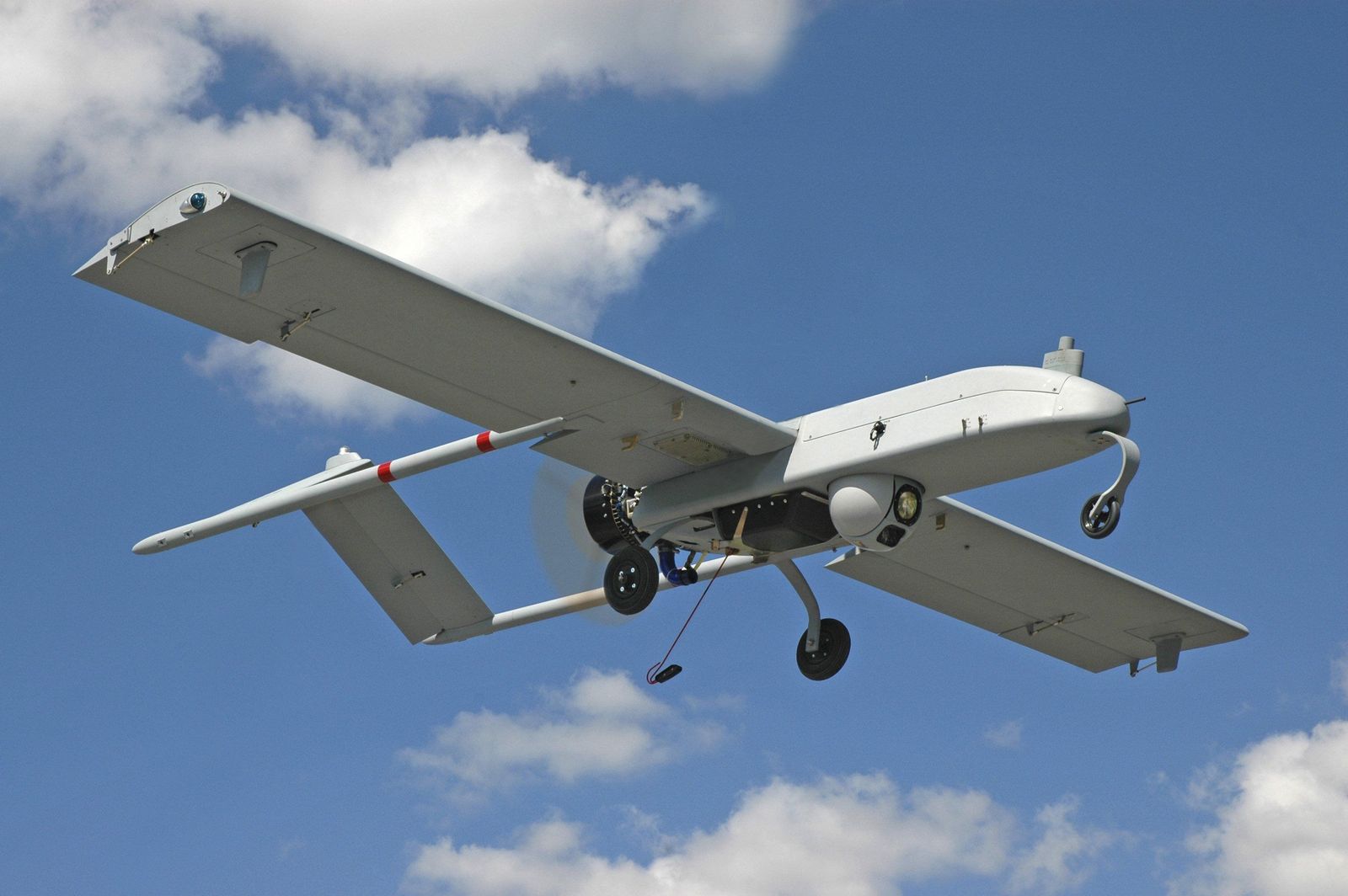 Unmanned US air drones are causing friction between the US government and its war on terror ally, Pakistan. With its attacks in the country, the US has been operating in a gray zone of international law.