Pope Benedict XVI told almost no one that he was preparing to become the first pope in 719 years to resign from the papacy. His advisors were taken by surprise, as were the cardinals attending a papal consistory on Monday, a gathering they believed had been called for a trio of canonizations. Cardinal Angelo Sodano, who was present, called the announcement "a bolt of lightning in a clear blue sky."

But the pope's brother, Georg Ratzinger, knew. He knew the exact date and even the time when Joseph, three years his junior, was going to announce his resignation. "In old age, strength fades," the 89-year-old told SPIEGEL ONLINE, adding that he did not seek to influence his brother's decision in any way. "He must bear the responsibility alone, he reached his decision alone."

In announcing his decision, Benedict, 86, cited his failing health. His doctors had advised him against making flights overseas and Georg himself noted on Monday that his brother had weakened. He said that he "wishes for both of us that we are spared further health problems until our dear Lord calls for us."

Benedict "broke a taboo" by resigning, Parisian Cardinal Andre Vingt-Trois told the Associated Press. "He broke away from several centuries of practice," he added, "and expressed the view that it wasn't just legitimate but probably useful for a pope to renounce and withdraw from his duties." Vingt-Trois added that "for the century to come, I think that none of Benedict XVI's successors will feel morally obliged to remain until their death."

The manner of his departure, however, is only one small element of Pope Benedict XVI's legacy. Already, Vatican observers are trying to determine exactly how history will remember Joseph Ratzinger, a man many felt was too conservative for a church experiencing a rapid loss of membership in many countries, including Germany, amid abuse scandals and intrigue at the Vatican.

Vatican spokesman Federico Lombardi said on Monday that the Vatican hopes to complete the task of electing a new pope by Easter at the end of March. But on Tuesday, German commentators take a look back at the last eight years of Joseph Ratzinger's papacy.

"There is something bitter and tragic about (Pope Benedict XVI's decision to resign)…. Only in his departure has Benedict broken the chains of tradition. Everywhere else, he left those chains alone, or even strengthened them. Only this one time has he stepped beyond himself, beyond his origins, beyond his traditional understanding of the church. Only this one time has he stepped beyond all that has always been held true by the church. In the face of all the problems facing the church in the third millennium, he remained the pope of the 20th century, a pope who was at home in the theological wisdom of the second millennium, but who had no understanding for the third millennium. Benedict was and remains the last old-style church patriarch."

"When Benedict was chosen eight years ago, he was seen as a transitional pope. And he made many sacrifices in moderating that transition. He impressively faced up to the abuse scandal. But he remained a transitional pope. As a bridge builder, he was never able to reach the other side of the bridge. As such, the question remains at the end of his papacy: transition to what? Nobody knows. This church is no longer triumphant, nor is it combative. It is a questioning church. The questions are knocking, are hammering, at the doors of the Vatican, but they have not been allowed to enter: the role of women in the church, celibacy, sexual morality and the role of the church in the international community."

"This church has remained stationary for 200 years. The Vatican has not allowed the vitality and imaginative power of the church in the Third World and in Latin America to approach. The houses of God in Europe are large, but they are empty. The organization is efficient, but powerless…. Ecclesia semper reformanda -- the church is always to be reformed -- goes the saying, which is sometimes ascribed to St. Augustine, sometimes to Martin Luther. But if reform is part of the essence of the church's being, then it has forgotten its essence. The church has seldom needed reform as badly as it does at the end of Pope Benedict XVI's papacy."

"With his unheard of resignation, Joseph Ratzinger has revealed an almost individualistic weakness of a kind that seems foreign to him. As mild as he can be in personal interactions, theologically and ecclesiastically he has long been a man of tradition and of authority, one who believes in the immovability of conventions. Many critics see the German pope as an archconservative who is unable to understand the modern world, either because of stubbornness or obtuseness. Now, they are likely to pay him ironic respect: Welcome to the club of self-actualization."

"One doesn't have to share his stubborn refusal to modernize the church in the spirit of participatory democracy. One should, however, recognize that there are good reasons for strengthening the earthly institution of the church as an antipode to the current zeitgeist and its unavoidable relativization of values. One should understand why he cannot say yes to gay marriage and why he cannot embrace Protestantism. The church's dilemma is simple: If it refuses to bend to the times, it will lose members; if it does bend, it will lose them anyway. Joseph Ratzinger, who once called himself a 'servant to the truth,' embodies and bears witness to the conviction that the church can only be healthy if it remains convinced of the unlimited possibilities opened up by complete faith."

"The pope's decision to renounce the power vested in him is not just the product of his failing strength. Benedict saw himself confronted with powers in the church that darkened the light of faith, dampened hope and perverted love. The long episode of sexual abuse fell over the papacy of Benedict XVI and over the entire church like a devilish shadow. But this trial too showed the greatness of the man: More than any of his predecessors, he faced up to the wrongdoing and looked the victims in the eyes. Whether the structures installed by the Vatican to prevent new episodes of abuse will work remains to be seen."

"In one facet, Benedict is similar to his predecessor Pope John Paul II. Both had their difficulties in dealing with the Roman Curia and with the machinations of the cardinals. John Paul II escaped by travelling the world, Benedict XVI retired to the world of his books. But their successor will be unable to avoid reforming the Vatican from the ground up."

Left-leaning daily Die Tageszeitung's front page is largely blank on Tuesday, but for the words "Gott Sei Dank," or "Thank God." Below the fold is an editorial entitled "Even Worse than Expected."

"It is good that this pope is gone, because nothing is good. Not in the Vatican and certainly not in the rest of the global church. During his eight-year papacy, Pope Benedict XVI managed to outdo even the worst fears harbored by Catholics in Germany. As God's deputy, Benedict showed little interest in facing the numerous sexual abuse crimes within his own institution. Nor did he wish to confront the fascist organization Opus Dei. Whether the topic was women, homosexuals, rape or human rights, it is hard to be more reactionary than this pope proved to be."

"The papal visit to the home of Martin Luther also served to cement the schism and destroyed all hope for a long overdue rapprochement between the two large Christian churches."

"It would be a good thing if Pope Benedict XVI were the last of his kind. And were history books to be able to write: 'This papal resignation was the beginning of a new era. The Catholic Church finally understood that it couldn't continue as before.'" 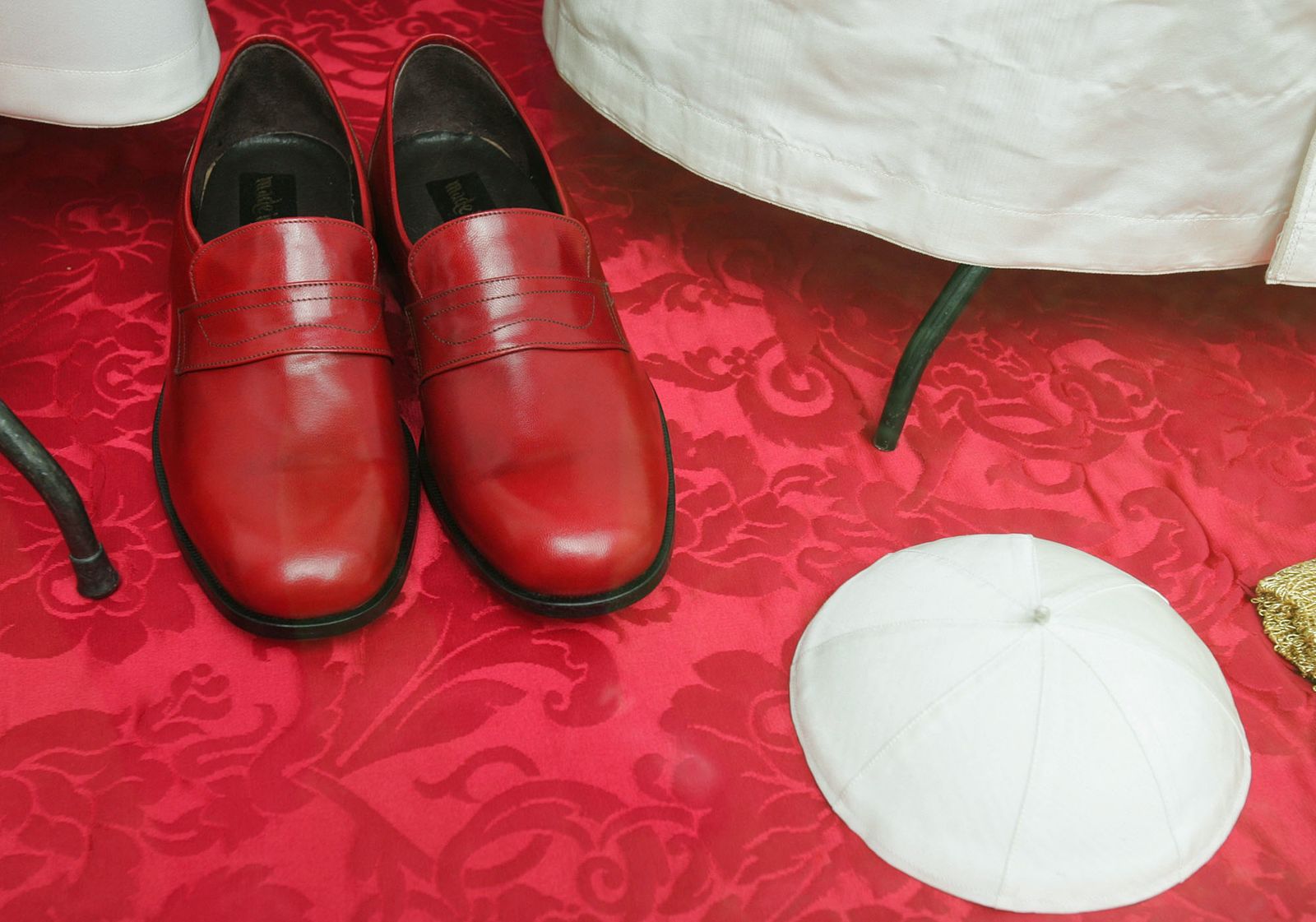 The Vatican has some shoes to fill now.