DER SPIEGEL: German Defense Minister Annegret Kramp-Karrenbauer, of Chancellor Angela Merkel's Christian Democrats, has proposed an international security zone with German participation in northern Syria. What do you think of the idea?

Ischinger: It is very good that Germany has finally put a concrete proposal on the table. We have long been calling for Germany to assume a greater responsibility when it comes to security policy. And it's a good sign that NATO Secretary General Jens Stoltenberg has acknowledged Ms. Kramp-Karrenbauer's proposal. I hope that this courageous step will mark a turnaround in German security policy. Ms. Kramp-Karrenbauer deserves recognition.

Ischinger: I, too, would have liked to see a proposal of this kind first discussed at length within the federal government. A plan like this could have been developed first at the level of the Federal Security Council, in strict secrecy of course. That would include points such as a United Nations mandate, the size and composition of a peacekeeping force, its precise objectives and an exit strategy. In a second step, the German government could have sent emissaries to partners in the European Union and NATO, including the United States, but also to Moscow, in order to bring them on board. And only then would you actually go public with a coordinated proposal.

DER SPIEGEL: In other words, you think the defense minister was perhaps insufficiently professional, but that the proposal itself was a good one?

Ischinger: If she wanted to send out a signal that Germany is ready to take on responsibility as a shaper of foreign policy, then she went about it the right way. But if she intended to have a maximum chance of making her proposal a reality, she ought to have proceeded differently. That, however, assumes that the two sides in the coalition are on the same page when it comes to military issues. That, though, is not how things currently look.

Wolfgang Ischinger, born in 1946, is the chairman of the Munich Security Conference. He previously served as a state secretary in the German Foreign Ministry under Joschka Fischer and later as the German ambassador in Washington and London.

DER SPIEGEL: You mean that a more active German foreign policy isn't possible with the SPD?

Ischinger: I wouldn't say that, exactly. But Ms. Kramp-Karrenbauer had to proceed the way she did out of fear that otherwise, her idea would have been picked apart before it ever saw the light of day. This shows how absolutely urgent it is to use the Federal Security Council in a professional way, especially for such complex plans. It meets in secret. Whatever is discussed there remains confidential because any breach of secrecy is punishable by law.

The Federal Security Council is a committee convened by the chancellor's cabinet in Germany. In addition to the chancellor, its members include the foreign, interior, finance, justice, defense, economics and development ministers as well as the chief of staff of the Chancellery. The committee coordinates security and defense policy, but it has been best known in recent decades for its role in arms exports, which it must approve.

If Germany wants the EU to speak with one voice, then we have to start at home. Otherwise, we don't appear to be very serious. That's why activating the Federal Security Council, which has essentially been in existence for decades, is necessary and overdue in such foreign policy decision-making processes, including the appropriate professional underpinning. Not a single one of our comparable partners acts as unsystematically as we do when it comes to security policy. We can no longer afford to go on like this, nor should we -- no matter what coalition is currently in power. We live in a high-risk world!

DER SPIEGEL: How great are the chances, realistically, that an international security zone will become a reality?

Ischinger: The prospects aren't exactly rosy, but I still see a certain chance. The 10-point paper the Russian and Turkish presidents have agreed on won't solve the conflict in northern Syria in the long term. It's not much better than the Pence-Erdogan paper and it leaves too many questions unanswered. There is a lack of relevant actors, such as the United Nations Security Council, to which Russia has always attached great importance, and the Syrian government, the Kurds, the United States and the European Union are missing. Nor does the paper address the thorny question of who should pay for Syria's reconstruction. I'm sure that this bill will ultimately be presented to the EU. But that also provides us with some leverage: If we are to be asked to pay, then we should set the condition that the United Nations legitimize further action in the Syrian conflict.

DER SPIEGEL: Why would Putin agree to have the Europeans take on a role in Syria?

Ischinger: The deployment in Syria is not without risk for the Russian military. Islamic State isn't dead! The Russian-Turkish patrols now agreed between Putin and Erdogan are high risk, and Russia will be leading it, at least in the long term. I believe that Vladimir Putin may well have an interest in reducing the risk of his own troops getting caught between the fronts. There is full awareness in Moscow that Assad is not a reliable partner. Inside the Kremlin, the willingness to pass the buck could grow. Kramp-Karrenbauer's proposal to share responsibility internationally could allow just that by delegating the whole thing to the United Nations. If the UN Security Council were tasked with guarding a protection zone in that way, Putin would have the advantage that he would continue to wield veto rights.

DER SPIEGEL: The proposal would mean extremely close cooperation with Turkey, which invaded Syria in violation of international law, and with Russia, which is ensuring the Assad regime's survival. Do our principles allow us to enter into such a close alliance with Putin and Erdogan?

Ischinger: If there were a mandate from the United Nations, a mission like that would be legitimate. In terms of Assad, yes, we have to swallow the bitter pill and take note of the fact that our "Assad must go" calls were unsuccessful, because for seven years we did absolutely nothing at all to put a stop to him. That's coming back to haunt us now, with the mass murderer still firmly in the saddle.

DER SPIEGEL: Wouldn't this proposal be tantamount to the EU giving retroactive approval to Turkey's intervention in Syria in violation of international law?

Ischinger: On the contrary. A UN mission would mean the lasting end of the current Turkish intervention in Syria. Incidentally, we can't prevent Turkey from protecting itself from war and terror along its own borders, in its neighboring country. Turkey bears an enormous refugee burden. We need to prevent a lasting crisis in relations with our NATO partner Turkey, and Ms. Kramp-Karrenbauer's proposal could contribute to that. But it would also be best, then, if the UN peacekeeping force were composed for the most part of countries that have no interests of their own in the region.

DER SPIEGEL: What would that mean for Europeans?

Ischinger: Of course, we would have to be prepared to get involved. Aerial surveillance of a no-fly zone would also be needed for such a protection zone. I could imagine, for example, the involvement of the German air force.

DER SPIEGEL: When Germany makes such a sweeping proposal like this one, doesn't Berlin also have to be prepared to send ground troops?

Ischinger: Yes, that too. The German government can't back out now. It has to be prepared to provide the appropriate number of troops for a blue helmet peacekeeping force. Otherwise it would once again create the impression that Germany is chickening out. That can't be allowed to happen.

DER SPIEGEL: Historically, the UN has had bad experiences with protection zones -- in the Bosnian war, for example. How dangerous would that kind of operation be and how great is the risk of failure?

Ischinger: There is no such thing as a non-hazardous military deployment. Otherwise, you could send (German technical and humanitarian relief agency) THW right away. The UN force in the Bosnian war didn't have a robust mandate and was therefore incapable of acting militarily -- indeed, it was barely capable of self-defense. We learned our lesson from that. It's my opinion that no German defense minister would support the deployment of the Bundeswehr armed forces in Syria if the mandate wasn't robust enough. Our soldiers must be permitted to shoot if they are threatened, and before they get shot at, if necessary.

DER SPIEGEL: Who exactly would the protection zone be protecting? How could a further expulsion of the Kurds be prevented?

Ischinger: First of all, it would be a disengagement zone. It could, for example, ensure that the Kurdish civilian population are able to remain in their areas. At the same time, it could provide a guarantee for Erdogan that the PKK would not be able, with the help of YPG there, to threaten Turkey militarily or with terror.

DER SPIEGEL: What will it mean for German foreign policy if the defense minister's proposal fails?

Ischinger: I hope that this will at least open up our foreign policy debate, in which the use of military means is largely taboo. Generally, I am very skeptical about military intervention. But in this situation in Syria, it would be a credit to German foreign policy if it advocated an internationally mandated peacekeeping force. 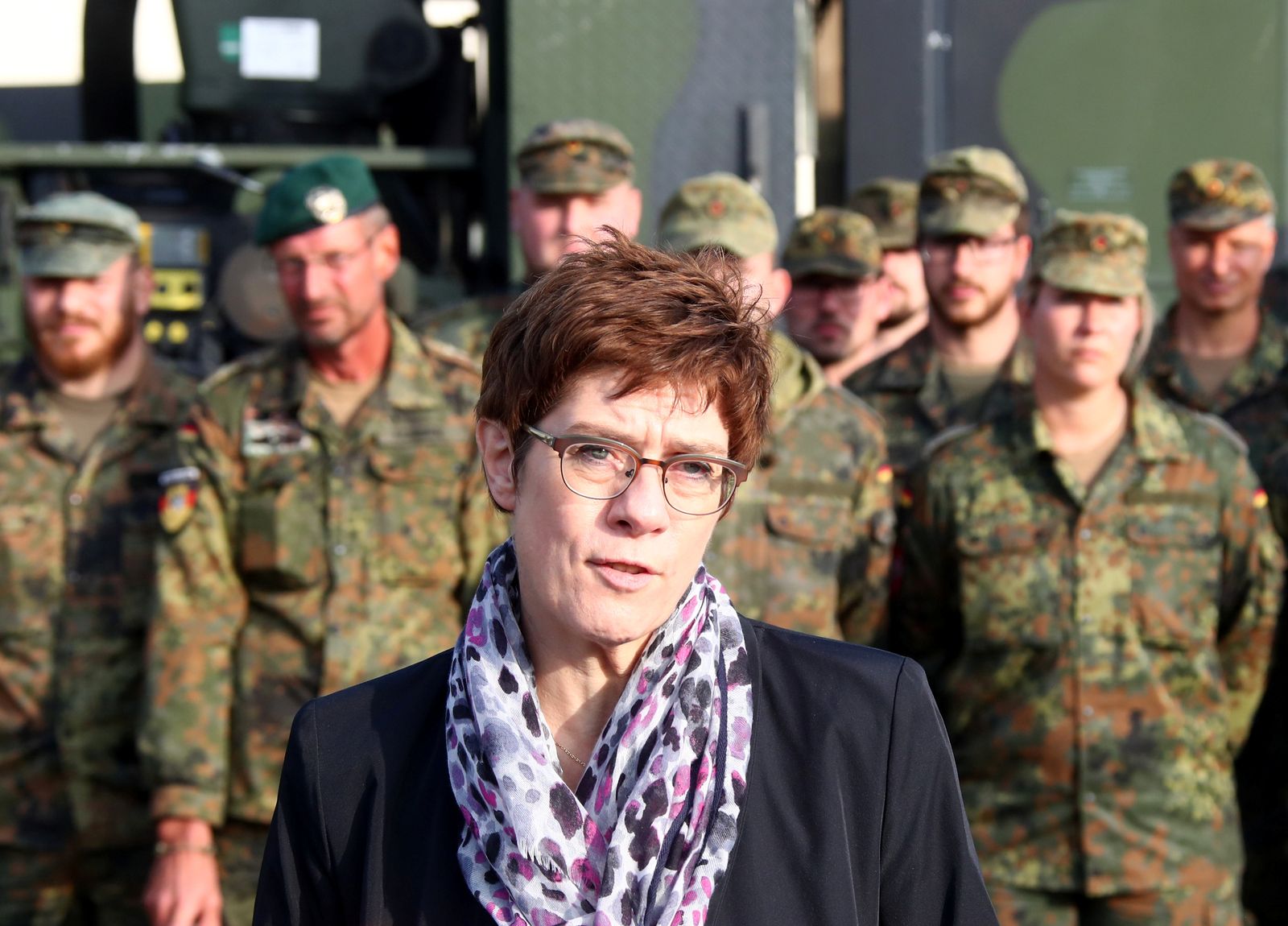 German Defense Minister Annegret Kramp-Karrenbauer has drawn critique and praise with her proposal for a security corridor in northern Syria. 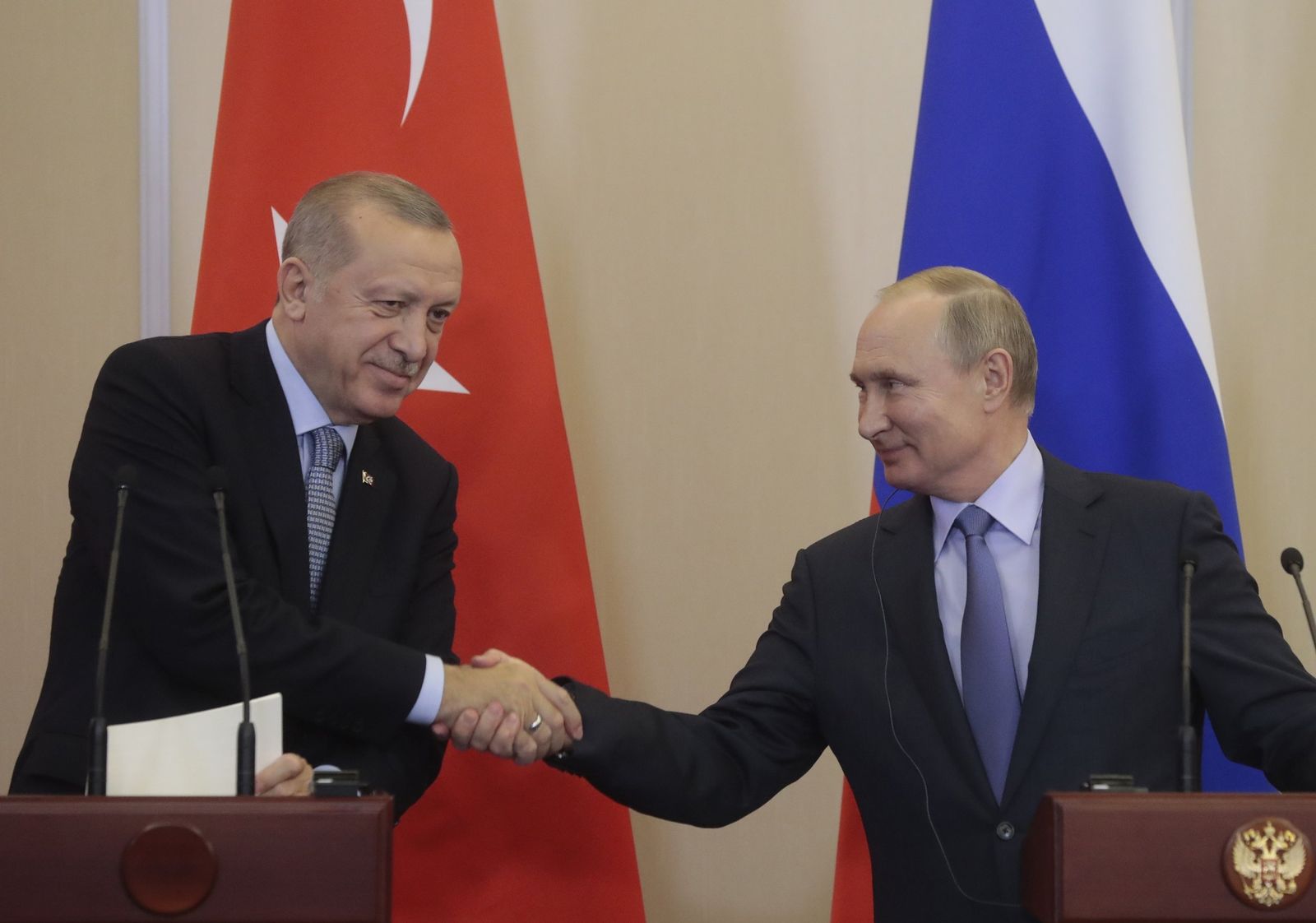