The images of the storming of the Capitol Building in Washington, D.C., are painful to the soul of every friend of democracy. The democratic world is shocked and appalled. But that’s not enough. We need all democrats around the world to stand shoulder to shoulder. The struggle against narrow-minded delusion, against intolerance, against the division of our societies is our common struggle. Indeed, it would be self-righteous to point the finger solely at America right now. Here in Germany, too, in Hanau, Halle and on the steps of Reichstag (in coronavirus protests last summer), we have seen how agitation and inflammatory words can spark hateful deeds.

This should be extremely clear: Those who, like Trump, have spent years using words to constantly inflame and incite their own supporters, ultimately bear responsibility for this attack on the heart of American democracy. We see all around the world what happens when radical populists come to power and systematically stir up resentment against democratic institutions. Yes, democracy thrives on contradiction, even disagreement. But it dies when brute force silences the other, when sheer hatred breaks all bounds of decency and respect.

The radical mob does not represent the majority in the United States. The vast majority of American voters stand firmly behind democracy and voted decisively against a right-wing populist. And it’s not just Donald Trump who needs to finally accept that. Every Republican with a modicum of responsibility needs to finally repudiate Trump once and for all. The American courts have ruled clearly that this was a lawful election. Those who disrespect that election result are disrespecting their own people.

America’s strength is its diversity. It is admired around the world for the freedom of its democracy. U.S. president-elect Joe Biden knows this. His call yesterday for mutual respect and reconciliation were the soothing words of a president. And the confirmation of the election of Joe Biden and Kamala Harris by the U.S. Congress was the best democratic response to those who sowed chaos and discord in Washington yesterday.

As friends of America and as friends of democracy, we wish Joe Biden and Kamala Harris great strength in the difficult task of overcoming America’s division. We stand together with them in the fight for democracy. In keeping with the quintessential American motto: "E pluribus unum" – out of many, one. 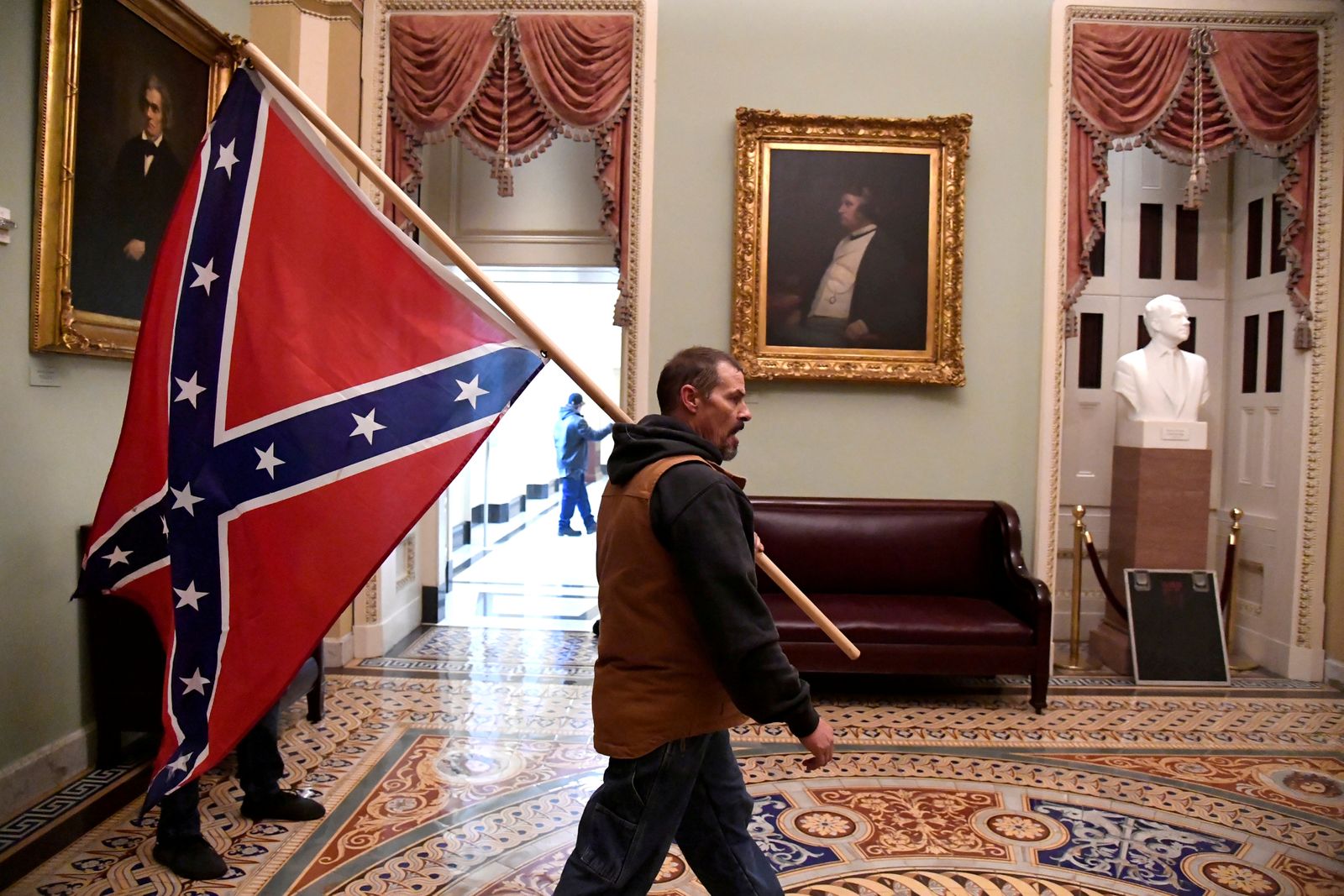 A Trump supporter carrying a Confederate flag through the U.S. Capitol on Wednesday.