SPIEGEL: PayPal, Mastercard and Visa have stopped cash flows to WikiLeaks. Has it put you out of action?

Hendrik Fulda: No, it just means that we have lost one option for collecting donations. Of course, the option of paying via PayPal was very popular because it is so easy. It was much less effort than giving us money via a bank transfer -- a few clicks of the mouse was all you needed. We had twice as many donations through PayPal as through normal banks, but of course the conventional way of transferring money still works. The rumor that our bank account has been blocked is false. Our foundation doesn't handle Visa and Mastercard payments.

Fulda: That is far-fetched and we took legal steps against it. PayPal reacted quickly and released the frozen donations. The criticism is that WikiLeaks is possibly encouraging people to break the law. PayPal is explicitly calling that an opinion, but continues to cite its business terms and conditions. Our account remains blocked for new donations. If PayPal doesn't want to work with us any more, it will always find a reason. We see this chapter as finished -- end of story.

SPIEGEL: In response, hackers have targeted the websites of Mastercard and Visa, temporarily putting them out of action. What do you think about such attacks?

Fulda: We have nothing to say on that subject. We do not encourage people to take such action, nor do we have anything to do with it.

SPIEGEL: Has there been political pressure on the foundation not to work with WikiLeaks any more?

Fulda: The Kassel Regional Council and the tax office are responsible for us. I don't know what has been happening behind the scenes and whether the American authorities have exerted pressure on the German government. We haven't been put under any direct pressure.

SPIEGEL: How much money have you already collected in donations for WikiLeaks?

SPIEGEL: How much do people usually donate?

Fulda: People usually make small donations, the average is about €25. But we have also had a donation from one individual that was over €50,000.

SPIEGEL: How much money has been passed on to WikiLeaks?

SPIEGEL: One of the criticisms of WikiLeaks is that there is no transparency regarding its internal finances. How do you control how the donations are used?

Fulda: As a matter of principle, we only pay out when we get a receipt. That applies to travel costs, as well as hardware expenses, for example new computers, or infrastructure costs like Internet access. Personnel costs are a relatively recent development. WikiLeaks now pays some of its employees salaries. The staff members give the organization an invoice and WikiLeaks hands them over to us. Finally we also deal with campaigns and legal assistance, for example lawyers' costs. Nothing gets paid without a receipt.

Fulda: I haven't checked every single hotel but, based on the receipts I've seen, that is nonsense. Assange flies economy class and often stays with friends and acquaintances.

SPIEGEL: How have the donations fared since the latest batch of leaked diplomatic cables?

Fulda: Every new publication by WikiLeaks has unleashed a wave of support, and donations were never as strong as now. More than €80,000 was contributed in one week via PayPal alone. We will have to see what impact the removal of PayPal has on our incoming funds.

SPIEGEL: Are Assange's defence costs against the rape allegations financed with money which you administer?

Fulda: No, that would not be in keeping with the foundation's aim. We pay out money for WikiLeaks' work but not for private matters relating to any of its employees. 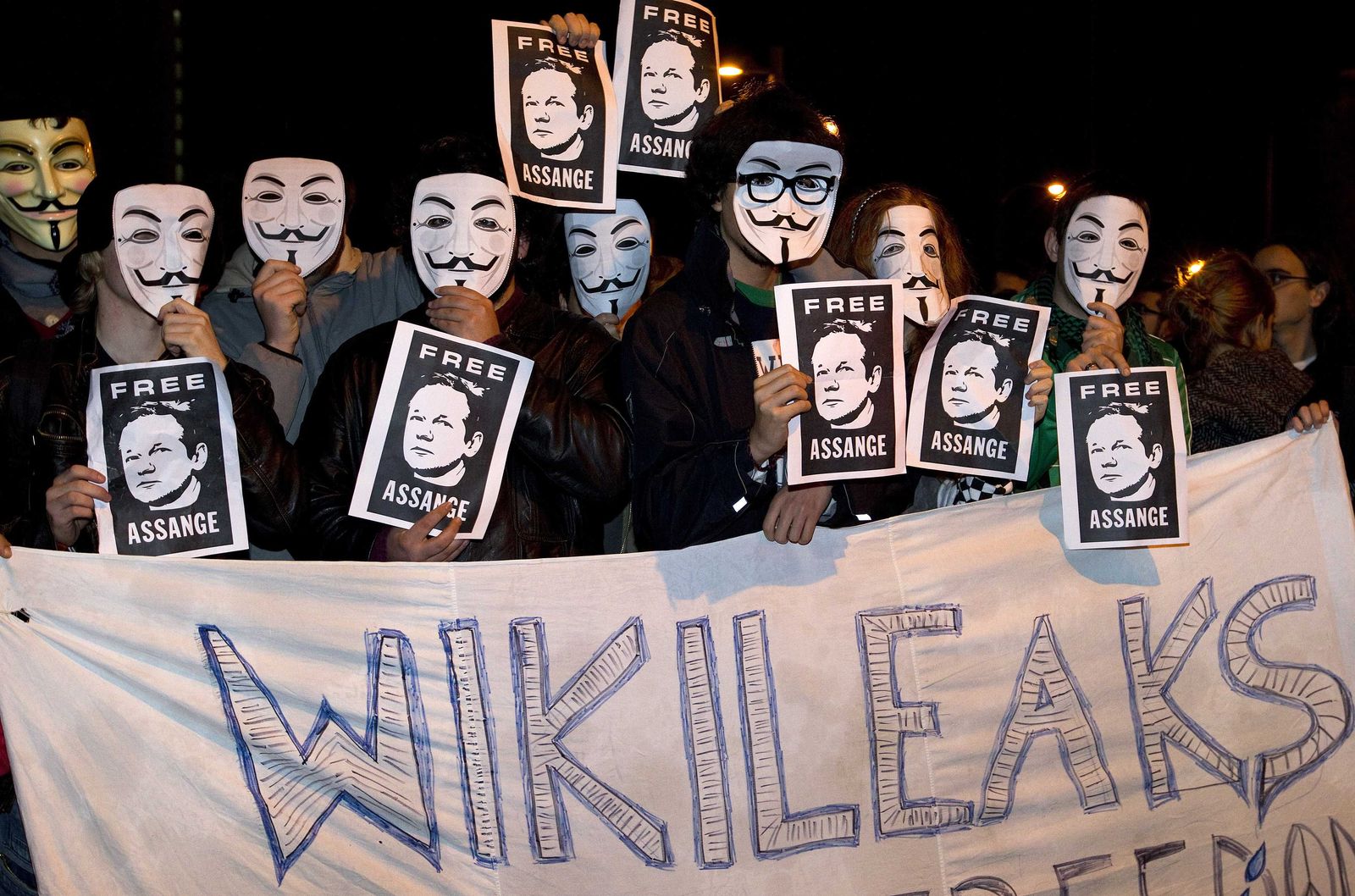 A pro-WikiLeaks demonstration in Madrid on Saturday: "Donations were never as strong as now."