Contrary to initial reports, it has emerged that the German freighter ship Atlantic Cruiser is not carrying weapons or munitions intended for the Syrian regime. After an inspection of the cargo that lasted several days in the Turkish port of Iskenderun, German government officials reported on Tuesday afternoon that customs officials in Turkey have determined that the ship, which is owned by Germany's Reederei Bockstiegel shipping company, had not been carrying any illegal cargo.

SPIEGEL, SPIEGEL ONLINE and other media had reported that the ship had apparently been loaded with weapons destined for Syria and its regime, which has used brute force to put down a rebellion in the country.

On Wednesday, Emden-based Reederei Bockstiegel also announced that no weapons had been found on the ship. The company also sent journalists copies of the official documents produced by the Turkish authorities after they completed the inspection of the ship. The firm said the freighter ship would be reloaded and depart from Iskenderun on Thursday on its way to Montenegro.

The ship, which is not registered in Germany, became the subject of international headlines last week after members of the Syrian opposition urgently warned the shipping company that the ship was carrying weapons intended for Syrian leader Bashar Assad. The company quickly stopped the ship and eventually redirected it to Turkey. The opposition forces, who go by the name Syrian Revolution Naval Forces, had threatened the shipping company, announcing they would sink the ship if it tried to dock in the Syrian port of Tartus.

The rebels had claimed that military goods had been transferred from an Iranian ship onto the Atlantic Cruiser during a stopover in Djibouti. The freighter ship is not flying under the German flag and had been chartered out to the Ukrainian firm White Whale Shipping by C.E.G. Bulk Chartering, the company responsible for cargo on the Atlantic Cruiser. Following the first reports on the ship's potential cargo, the German government in Berlin started to closely monitor developments with the Atlantic Cruiser. The government feared it might reflect badly on the country if a ship owned by a German company had been found to be circumventing the European Union arms embargo against Syria.

Officials at the Turkish authorities had been asked to provide Berlin with the results of its inspection as quickly as possible. The company chartering the ship had denied that the Atlantic Cruiser had been carrying any arms from the very start. Instead, it reported that it had been carrying parts for a thermal power plant in Syria. The ship was also carrying several tons of explosives and detonators for commercial uses intended for customers in Montenegro and Turkey. 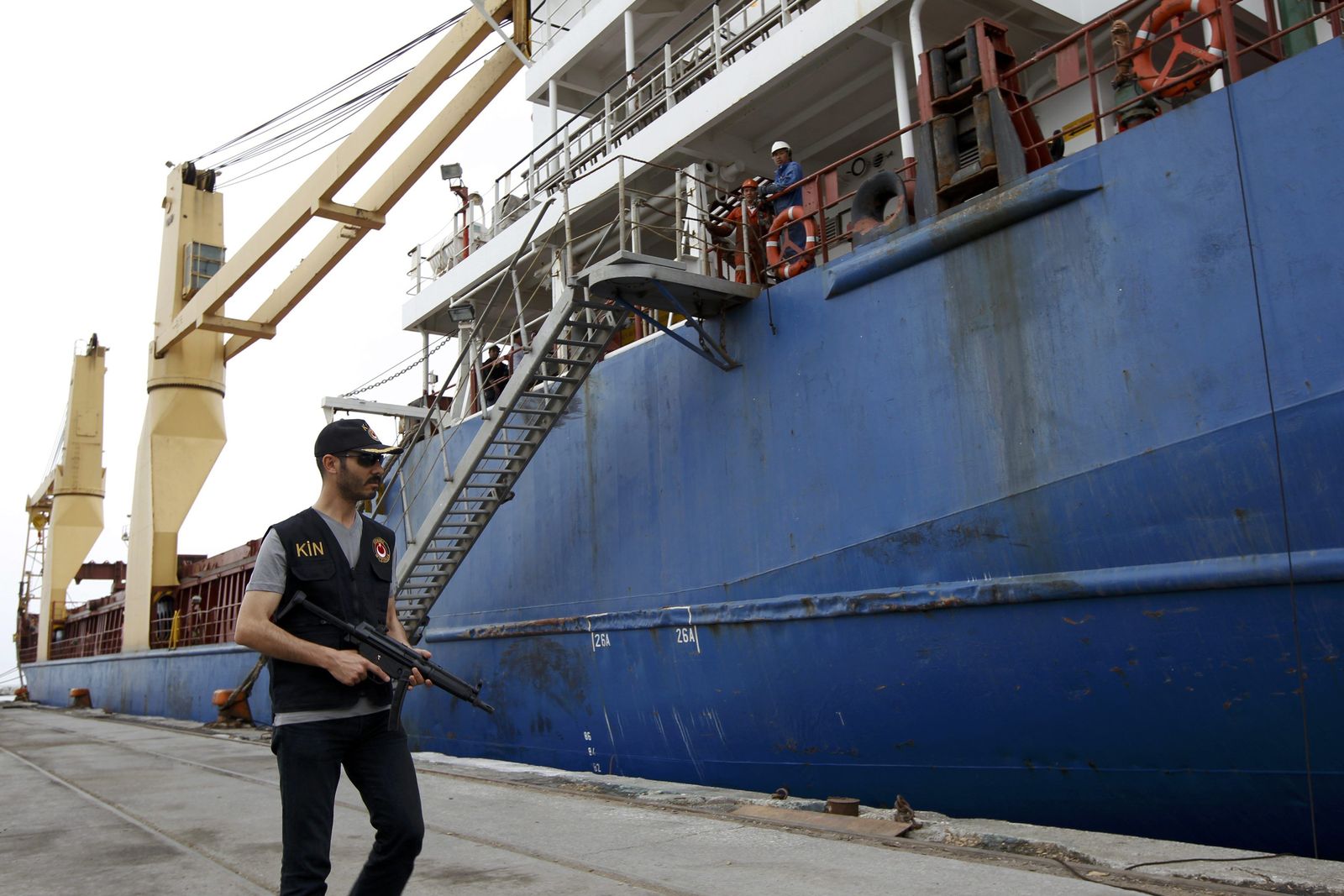 The inspection of the Atlantic Cruiser freighter in the Turkish port of Iskenderun did not turn up the weapons Syrian rebels claimed might be on board.