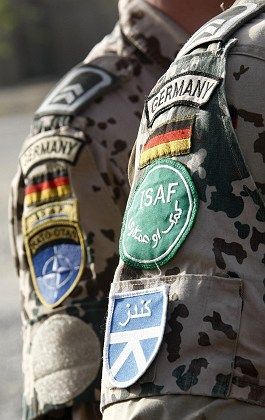 German troops have been in Afghanistan since the beginning.

On Thursday, Germany's parliament, the Bundestag, is set to extend the country's mandate in Afghanistan by an additional 14 months and up its troop contingent by 1,000 to 4,500. Given that Chancellor Angela Merkel's government is a coalition of Germany's two largest parties -- the Christian Democrats and the Social Democrats -- the vote is seen as a sure thing.

Increasingly, though, the mission in Afghanistan is not. The voices of doubt about the mission have been multiplying as the death toll of NATO troops and Afghan civilians continues to rise and the Taliban shows no sign of disappearing. Earlier this month, Brigadier Mark Carleton-Smith, the departing commander of British forces in Afghanistan, added gravitas to the pessimism, saying "we're not going to win this war."

On Wednesday, the highest ranking German commander in Afghanistan, Major General Hans-Lothar Domröse, voiced his concerns in an interview with the Süddeutsche Zeitung. Domröse is the chief of staff of NATO's International Security Assistance Force (ISAF) and thus third in command of the 50,000 soldiers under NATO command in Afghanistan. He said in the interview that the West has gotten more than it bargained for in Afghanistan. 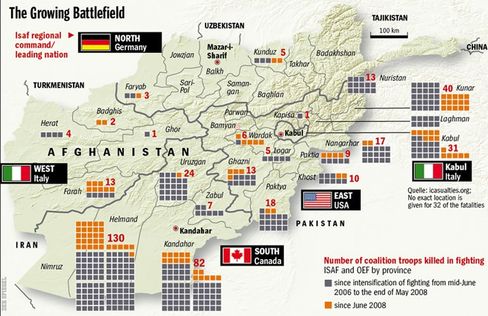 Battlefield casualties as of early September.

"The assumption that one could easily defeat the insurgents using conventional means was wrong," he told the Munich paper. "Perhaps we, the international community, were a bit naïve."

He added, however, that one of the primary reasons for the difficulty ISAF is currently encountering is the fact that Taliban fighters are able to retreat to relatively safe havens across Afghanistan's 2,500-kilometer (1,553-mile) long border with Pakistan. "As long as these sanctuaries on the Pakistani side of the border exist, we are going to have a difficult time," he said, before adding that he didn't think the war in Afghanistan was winnable unless the border was sealed.

Germany has maintained a contingent in Afghanistan since the very beginning of the operation in 2002. Most of that time, however, the Bundeswehr has operated in the relatively peaceful northern part of the country while NATO allies took care of most of the fighting in the hard-fought south. And criticism of Germany's perceived unwillingness to fight has, occasionally, been intense.

Domröse acknowledged as much in the Süddeutsche interview. "Of course it isn't easy to hold together a coalition of 40 countries when there are some that primarily dig wells and others that primarily fight," he said. "That results in a certain amount of animosity."

But, he said, in order for ISAF to ultimately be successful, the mission didn't necessarily need more soldiers. Rather, he said, "we need more civilian reconstruction programs." Domröse said that he expects the Afghan army to be ready to take over much of the country's security needs by 2013.