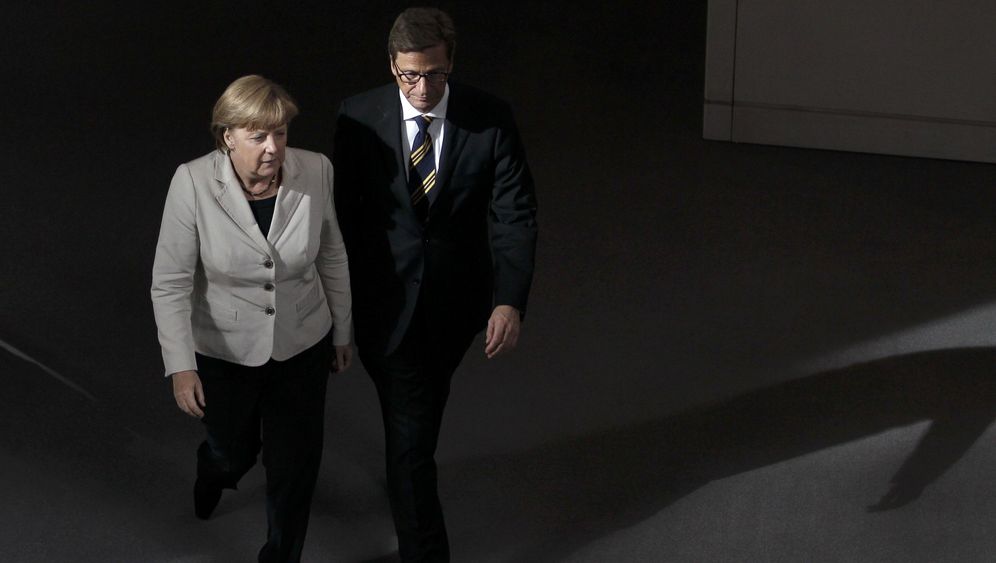 Part of the art of effective foreign policy is keeping all options open in difficult situations. Last week, German Foreign Minister Guido Westerwelle discovered how quickly this can go wrong. The Foreign Ministry issued a statement in English to explain the German position on Syria to the world. If the allegations surrounding the Damascus regime's use of chemical weapons prove to be true, the statement read, "Germany will be among those calling for action to be taken."

This sounded clear, but that wasn't the intention. An hour later, the ministry issued a revised statement, citing a "translation error." Germany was no longer calling for action. The new statement announced, far less decisively, that Berlin would "consider that some consequence will have to be drawn."

Westerwelle's linguistic maneuvering is an expression of political circumstances. The poison gas attack in Syria could be very explosive for the German government in the midst of an election campaign. Three weeks before Germany's parliamentary election, Westerwelle and Chancellor Angela Merkel cannot openly support a quick American military strike against Syrian dictator Bashar Assad. They are too concerned about its possible negative impact on the campaign.

On the other hand, even though the German government seriously questions the rationale for a military strike, Berlin cannot rebuff the Americans again, after Germany's abstention in the Libya conflict. This time, Washington spelled out ahead of time what the Americans expect from their allies. US National Security Advisor Susan Rice made it clear in several conversations with Merkel's foreign policy advisor, Christoph Heusgen, that although Washington doesn't expect military support from the Germans, it does want Berlin's political backing.

But how does one frame a position on a military strike in such a way that the Americans interpret it as support and voters as rejection? For Westerwelle and Merkel, the answer was to play for time and avoid clarity. The Germans first tried to delay a decision on military action. Merkel made an attempt to convince key allies to take the arduous route through the United Nations before deciding on a strike.

In a conversation last Wednesday, the German chancellor and British Prime Minister David Cameron agreed that London would take a draft resolution to the Security Council. But Cameron convinced Merkel that an interim report and not the final report by UN inspectors would be sufficient as the basis of the resolution.

The next day, Merkel implored US President Barack Obama to wait for the UN inspectors' report and a possible Security Council resolution. But Obama showed little inclination to comply with Merkel's request, arguing that Russian President Vladimir Putin had shown no goodwill to date and was unlikely to do so in the future.

Even though Merkel shared this assessment, she wanted the debate in the Security Council to counter the opposition's charge that not all political options had been exhausted. French President François Hollande, with whom Merkel spoke by phone on the same day, supported Berlin's position.

She also spoke with Putin over the phone this weekend, and, according to German government spokesperson Steffen Seibert, both agreed the conflict should be resolved politically. On Sunday night's pre-election TV debate, Merkel said that a reaction to Syria's chemical weapons attack should be channeled through the United Nations and that Germany would not participate in a military intervention.

Fear of Alienating the USA

For foreign policy reasons, Merkel cannot afford to openly criticize the Americans. Instead, she has to dispense her views on an American attack in such a way that they are seen as criticism in Germany and support in the United States. It's a method Merkel has, to a certain degree, perfected.

Westerwelle also faces a delicate situation. The foreign minister, who has advocated a culture of military restraint, enjoys little support within his ministry for a course that is critical towards the Americans. At a conference of German ambassadors last Monday, Westerwelle received thundering applause when he said that the United States remained Germany's most important strategic partner outside the European Union. "The ambassadors wanted to make it clear to him that he should act accordingly," says a participant.