It is hard to believe that Barack Obama, Benjamin Netanyahu and Ayatollah Ali Khamenei can agree on anything these days. But there is one thing all three have uttered, as we enter the final stages of nuclear negotiations in Lausanne: "No deal is better than a bad deal." But the good deal, bad deal rhetoric disguises the real situation. The fact is that there are no alternatives for either side: Forgoing a deal with Iran is not an option. Even a bad deal is better than no deal.

What would happen if the P5+1 and Iran did not reach a deal? In the absence of an agreement, Iranian centrifuges will keep running with utmost certainty. The international community would be left without options for oversight and influence, and the international non-proliferation regime would suffer heavy damage. Further nuclear proliferation in the Middle East would no longer be a distant specter but could soon become a grim reality.

The increasingly suffocating logic of sanctions is that they are the only effective means available to keep Iran's nuclear ambitions in check. Using military force as Hans Binnendijk eloquently argued in an editorial in the Washington Post last week is no option either. An overwhelming public majority in Europe and in the US thinks a negotiated solution to the nuclear stand-off can be found. Rallying war weary publics behind a futile military intervention is beyond the political will of the Obama or any European administration -- for good reasons. Advocates of targeted strikes have yet to prove how such strikes would have more than a delaying effect. Clearly the side-effects of even limited military action in today's chaotic Middle East are incalculable. It would further incite the conflicts Iran and its regional adversaries are carrying out in Syria, Iraq, Yemen and Lebanon.

By contrast, even a bad deal would not be the end of the story. It would be the beginning of some tough homework for the international community. It would require the United States and Europe to remain steadfast in their unity vis-à-vis Iran. Allies would have to work hard to continue negotiations over tough verification and inspections measures and be willing to keep up the pressure on Iran and continue to sanction violations of any agreement. Trans-Atlantic partners would have to think hard how the legitimate security concerns of Israel can be addressed. Yet, without a deal we fall back into a situation without viable channels of communication. As we know these silent times have brought zero progress on nuclear disarmament but we saw the number of Iranian centrifuges spiraling.

Admitting this lack of alternatives is not a leap of faith to the Iranian regime. With its policy of supporting militias and terrorists in the region, with its dire human rights record, with its denial of Israel's right to exist, Iran's government cannot become a trusted partner. Reaching a nuclear deal or the presence of the Islamic State do not change this fundamental equation. But demonizing the country is no viable alternative. It only fuels the regime's rhetoric of "resistance" and contributes to further entrenchment of all the concerned parties. We have to see Iran as what it is: a regional power with considerable influence but limited means. We have to work together where our interests coincide and we have to signal clearly which policies we are not willing to tolerate. Any nuclear deal, even if it is deemed a bad one, is a step forward towards this more pragmatic policy that might one day lead us out of the deadly spiral of threats, violence and war. 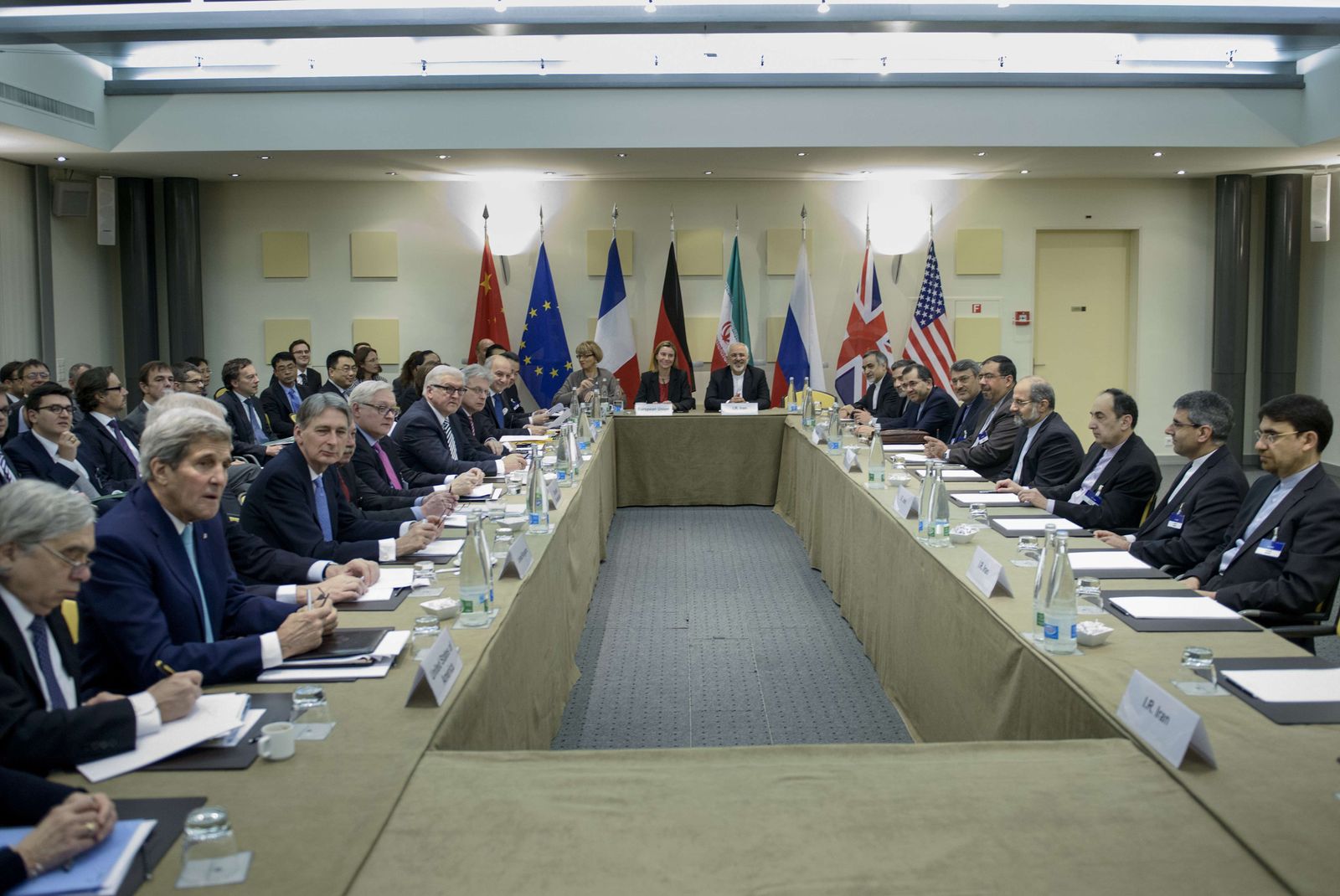 Neogtiators in Lausanne are hoping to reach an agreement on the parameters of a nuclear deal with Iran before midnight on Tuesday.