Germany's foreign intelligence agency, the Bundesnachrichtendienst (BND), has fundamentally changed its view of the ongoing civil war in Syria. SPIEGEL ONLINE has learned that the BND now believes the Syrian military of autocrat Bashar Assad is more stable than it has been in a long time and is capable of undertaking successful operations against rebel units at will. BND head Gerhard Schindler informed select politicians of the agency's new assessment in a secret meeting.

It is a notable about-face. As recently as last summer, Schindler reported to government officials and parliamentarians that he felt the Assad regime would collapse early in 2013. He repeated the view in interviews with the media.

At the time, the BND pointed to the Syrian military's precarious supply situation and large numbers of desertions that included members of the officer core. German intelligence spoke of the "end phase of the regime."

Since then, however, the situation has changed dramatically, the BND believes. Schindler used graphics and maps to demonstrate that Assad's troops once again possess effective supply lines to ensure sufficient quantities of weapons and other materiel. Fuel supplies for tanks and military aircraft, which had proved troublesome, are once again available, Schindler reported. The new situation allows Assad's troops to combat spontaneous rebel attacks and even retake positions that were previously lost. The BND does not believe that Assad's military is strong enough to defeat the rebels, but it can do enough to improve its position in the current stalemate.

The assessment appears to be consistent with recent reports from Syria, where government troops have been able to regain the upper hand in the region stretching from Damascus to Homs, including coastal areas near Homs. Furthermore, fighters loyal to Assad have expelled rebel fighters from several districts on the edge of Damascus and cut off their supply lines to the south. Currently, the regime is in the process of severing rebel supply lines to the west.

Meanwhile, the BND believes that rebel forces, which include several groups of Islamist fighters with ties to al-Qaida, are facing extreme difficulties. Schindler reported that different rebel groups are fighting with each other to attain supremacy in individual regions. Furthermore, regime troops have managed to cut supply lines for weapons and evacuation routes for wounded fighters. Each new battle weakens the militias further, the BND chief said.

Should the conflict continue as it has in recent weeks, says Schindler, government troops could retake the entire southern half of the country by the end of 2013. That would leave only the north for insurgent fighters, where Kurdish rebels have tighten control over their areas.

Schindler's report on the state of the rebel groups allows little room for hope that serious talks between the insurgents and the Assad regime will take place soon. The BND says there is no functional chain of command between opposition leaders abroad and the militias inside of Syria. The fighters on the ground simply don't recognize the political leadership, says the BND.

The United Nations is currently doing all it can to encourage both sides to engage in peace talks in Geneva, though no date has been set. German Foreign Minister Guido Westerwelle is once again travelling to the Middle East on Wednesday to plan for such negotiations.

At a meeting of the "Friends of Syria" in the Jordanian capital of Amman, Westerwelle is set to meet with US Secretary of State John Kerry among others. But over the weekend, he sought to lower expectations, saying that it isn't clear yet whether the Assad regime is even prepared to engage in talks. 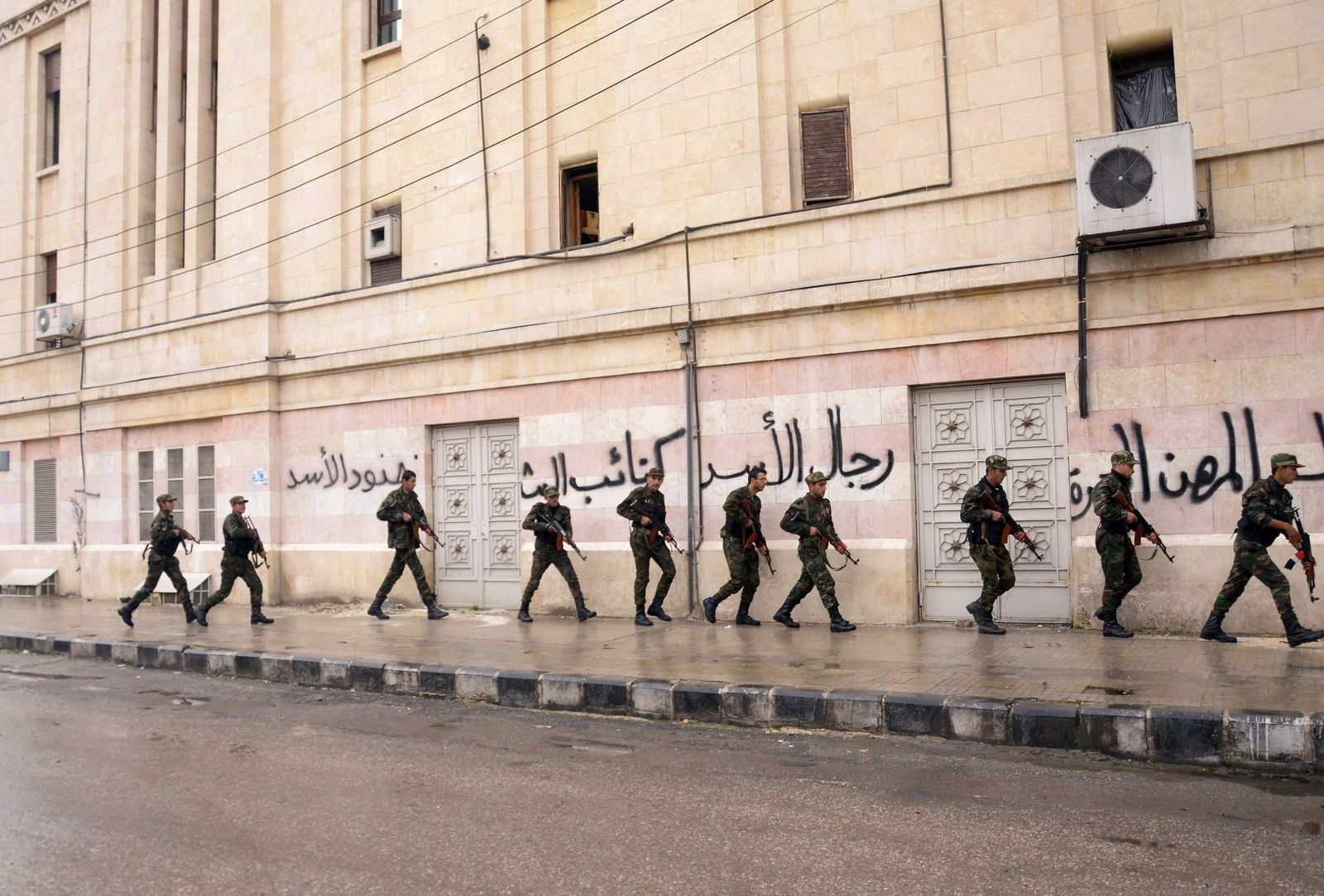