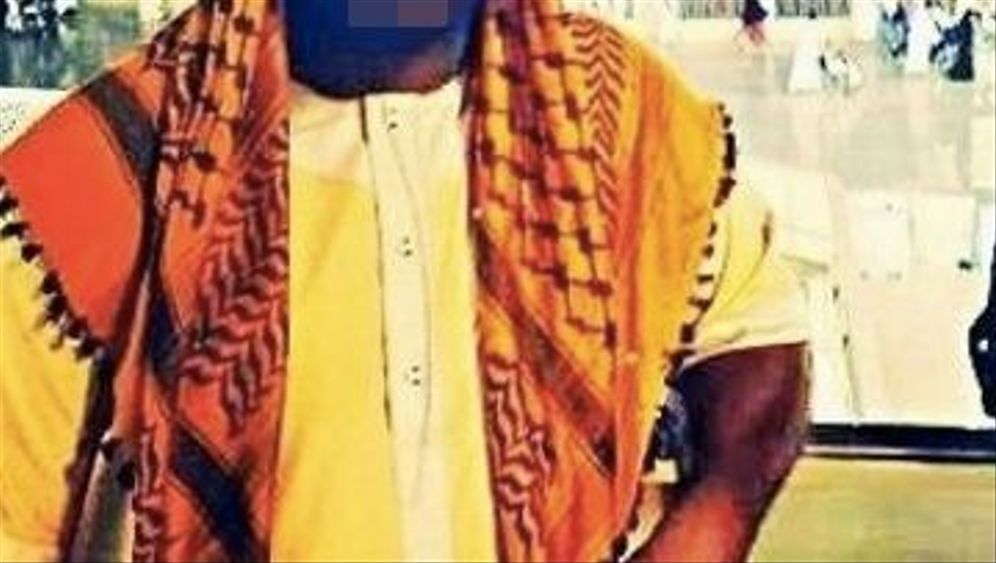 Photo Gallery: An IS Returnee Opens Up

It was an early summer morning in the Syrian desert, with not a cloud in the sky, when Mohamed Mahmoud asked those gathered around him: "Here are some prisoners. Which of you wants to waste them?"

Not long before, Islamic State (IS) had taken the city of Palmyra, and now jihadists from Germany and Austria were to participate in the executions of some of the prisoners taken in the operation. They drove to the site of the executions in Toyota pick-ups, bringing along an IS camera team in order to document the atrocity in the city of antique ruins. Even then, Mohamed Mahmoud was known to German security officials for his repeated propaganda-video calls to join the jihad. On that early summer day in Palmyra, though, he didn't just incite others. He grabbed a Kalashnikov himself and began firing. That day, Mahmoud and his group of executioners are thought to have killed six or seven prisoners.

The story comes from someone who was in Palmyra on that day: Harry S., a 27-year-old from Bremen. "I saw it all," he says.

Harry S. returned to Germany from Syria and is now in investigative custody. He has told security officials everything about the brief time he spent with Islamic State and has also demonstrated his readiness to deliver extensive testimony to German public prosecutors. He stands accused of membership in a terrorist group. His lawyer Udo Würtz declined to offer a detailed response when contacted, but said of his client: "He wants to come clean."

German investigators are extremely interested in the testimony of the apparently repentant returnee, even as they are likely unsettled by what he has to say.

Harry S., after all, is more than just a witness to firing squads and decapitations. He also says that on several occasions, IS members tried to recruit volunteers for terrorist attacks in Germany. In the spring, just after he first arrived in Syria, he says that he and another Islamist from Bremen were asked if they could imagine perpetrating attacks in Germany. Later, when he was staying not far from Raqqa, the self-proclaimed Islamic State capital city, masked men drove up in a jeep. They too asked him if he was interested in bringing the jihad to his homeland. Harry S. says he told them that he wasn't prepared to do so.

Harry S. was only in IS controlled territory for three months. Yet he might nevertheless become a vital witness for German security officials. Since the Nov. 13 attacks in Paris, fear of terrorism has risen across Europe, including in Germany, and security has been stepped up in train stations and airports. And the testimony from the Bremen returnee would seem to indicate that the fear is justified. Harry S. says that, during his time in the Syrian warzone, he frequently heard people talking about attacks in the West and says that pretty much every European jihadist was approached with the same questions he had been asked. "They want something that happens everywhere at the same time," Harry S. says.

Harry S.'s path from the Bremen quarter of Osterholz-Tenever to the jihadists of Islamic State was not particularly remarkable. His radicalization was similar to many other young, directionless men from European suburbs, from the Molenbeek district of Brussels to Lohberg in Dinslaken. In Tenever, some of the residential towers are up to 20 stories tall.

The son of parents from Ghana, Harry S. grew up in "difficult conditions," according to a court file. His father left the family just as he was entering puberty. Even though Harry S. initially only managed to graduate from a lower tier high school in Germany, he dreamed of returning to his parents' homeland and working as a construction engineer.

There was even a brief moment when it looked as though he was going to get control over his life. But then, in early 2010, he and some friends robbed a supermarket, getting away with €23,500, and flew to the island of Gran Canaria for a vacation. It wasn't long before the authorities were on to them and Harry S. was sentenced to two years behind bars for aggravated theft.

In prison, he met a Salafist named René Marc S., the "Emir of Gröpelingen" -- a man who Bremen officials consider to be a dangerous radical. It didn't take long before prison officials noticed a "change in character" in Harry S. According to prison records, he converted to Islam and expressed "radical sentiments" about world events. After his release, the new convert visited the Furqan Mosque (which has since been shut down) in the Gröpelingen neighborhood of Bremen. At the mosque, he became part of a Salafist clique which sent at least 16 adults and 11 children to Syria in 2014.

Harry S. tried to make the journey as well. From Istanbul, he flew in April 2014 to Gaziantep, a large Turkish city near the border with Syria, but his trip came to a premature end. Turkish authorities arrested him and sent him back to Bremen, where he told police that he had wanted to help out in Syrian refugee camps. The authorities didn't believe him and confiscated his passport in an effort to prevent him from making another attempt. On Tuesdays and Saturdays, he was required to report to the local police station.

But the authorities were still unable to prevent the Salafist from traveling to Syria to join the war. Harry S. simply grabbed an acquaintance's passport and, with another Islamist from Bremen, traveled overland via Vienna and Budapest. This time, there were no police waiting for him at the border to Syria. Instead, he was met by smugglers who brought him across the border to an IS safe house set up for new arrivals from around the world.

Harry S., a large man with broad shoulders, was trained as a fighter in Syria. He claims to have been drilled in training camps together with 50 other men: sit-ups, hours of standing in the sun and forced marches lasting the entire day. Those who gave up were locked up or beaten. His Kalashnikov, it was driven home to him, should become like his "third arm" and he was told to keep the weapon in bed with him while sleeping.

Once he finished training, he says he was to become a part of a special unit, a kind of suicide squad for house-to-house combat. Harry S. claims that, during his brief time in Syria, he was never sent into battle -- but he claims to know many young men, including Germans, who died in battle. "Luckily, I managed to get away," he says.

The insights of the Bremen convert into Islamic State are of interest for security officials. Harry S. is the first returnee who can offer insight into the roles played by two notorious German-speaking jihadists who have joined Islamic State: Mohamed Mahmoud, an Islamist from Austria, and the former Berlin rapper Denis Cuspert (aka Deso Dogg). Rumors that they were recently killed in Syria have thus far not been confirmed by German officials.

Mahmoud initially attracted attention in Vienna for his radical Internet postings and spent four years in prison there. He then moved to Germany, where he founded a Salafist group called "Millatu Ibrahim" together with Cuspert. The association was banned by the German Interior Ministry three years ago, whereupon several members went underground, only to reappear as members of Islamic State in Syria and Iraq.

Harry S. met both Cuspert and Mahmoud in Raqqa. He sat together in a mosque with Cuspert and says the former rapper had just come back from the front. S. said his impression was that Cuspert was more important to Islamic State as the "hero" of propaganda videos used to attract Western recruits than as a fighter. Mahmoud, he said, had more influence and would hold ideology training sessions on Fridays in Raqqa. Mahmoud, Harry S. says, is "really dangerous," adding that he had never before met such a disturbed person. After the executions in Palmyra, S. says, Mahmoud was proud of what he'd done.

SPIEGEL was unable to confirm everything that Harry S. said. But many of the details he mentioned are consistent both with the findings of security officials and with the testimony of other terror suspects.

Plus, there is proof of the executions in Palmyra that Harry S. claims he saw. In the summer, Islamic State released a five-and-a-half minute video that was edited in some parts like a horror film. It was the first German-language execution video released by IS and it depicts two men kneeling between antique columns with Mahmoud and another Islamist from Germany standing behind them, weapons in hand. "Merkel, you dirty dog," Mahmoud calls into the camera. "We will take revenge." Then they shoot the prisoners in the head; a jihad hymn plays in the background.

Harry S. likewise makes a brief appearance in the video. Clad in camouflage, he carries an Islamic State flag across the picture. His defense attorney Udo Würtz says that his client didn't directly participate in the executions. "He is a lackey who allowed himself to be misled by the propaganda of IS and who misled himself."

Shortly after the executions in Palmyra, Harry S. began his journey out of Syria and back to Germany. He says he could no longer stand all of the violence. Despite his great fear that Islamic State could pursue and kill him as a traitor, he left secretly one evening and made his way to Turkey. "I walked and walked," he says.

When Harry S. landed in Bremen on July 20, the police were waiting for him -- with a warrant for his arrest.