The man in the video wears a full black beard and sits in a wheelchair. His right leg had to be amputated because of a serious injury, but his comrades still push him to the front lines of the battle. Wearing a camouflage jacket, he positions himself behind a wall of sandbags and opens fire with a Russian-made machine gun.

The man is named Hajan M., a 38-year-old Syrian father of two who for several years lived in the central German city of Kassel. He's now fighting on the side of the rebels in Syria, and he appears in several videos filmed in the war zone calling other radicals to join a "jihad," or holy war -- in German. The video, which circulated over the Internet and parts of which will be broadcast on German public broadcaster NDR on Tuesday evening, casts a light on the alarming presence of German extremists in the Middle East.

Authorities say a number of Salafists, adherents to an ultra-conservative brand of radical Islam, have made their way to Syria to take part in the war against the government of President Bashar al-Assad. Among their ranks are reportedly members of the German militant group Millatu Ibrahim, which is banned in the country. Officials believe that around a dozen Salafists are moving back and forth between Turkey and Syria in order to take part in the Syrian civil war. Germany commonly revokes the passports of Germans whom authorities deem are security threats with international connections. The practice is no deterrant in this case, however, because German nationals can enter Turkey with their government-issued ID card.

The German daily Frankfurter Allgemeine Zeitung reported this week it has obtained a confidential document by EU Counterterrorism Coordinator Gilles de Kerchove that speaks of a "noteworthy number" of European extremists making their way to Syria to fight in the war. The document also reportedly warns that the number of such extremists might increase, and that "hundreds of well-trained jihadists could return to Europe and raise the risk of terrorist attacks."

One of those men is Hajan M., who lived in Kassel from 1999 to 2006 and is married to a German woman. The German weekly Die Zeit reports that during this time, police investigated him for acts of violence, though the investigations apparently never led to charges being filed. Since then he is said to have become a neighborhood commander in the city of Homs. Both of his legs were injured in fighting, the right leg so badly that it had to be amputated.

Hajan speaks into the camera in German as he sits on a sofa: "Every brother who hears me should wage jihad," he says, so they can justify themselves before God after they die. "You can fly from Germany to Syria," he continues. "You can come here to wage jihad." In another part of the video, he holds up his German driver's license and health insurance card close to the camera.

German security experts are calling the film the first German-language video to emerge from the Syrian rebels, saying it represents a "new quality" of Islamist propaganda that must be taken seriously and analyzed for its origins. Officials fear that the heroic portrayal of the protagonist could radicalize other Muslims in Germany.

"We are noticing a steadily increasing amount of propaganda on the Web," said Burkhard Freier, head of the North Rhine-Westphalia Office for the Protection of the Constitution, the western German state's intelligence agency that monitors extremism. Every one to two weeks, new videos appear on the Internet by propagandists like German former rapper Denis Cuspert (also known by his stage name, Deso Dogg), Austrian-born Mohamed Mahmoud or the Moroccan-German Chouka brothers. One video that surfaced last December pays homage to Murat K., a 26-year-old German-Turkish Salafist who stabbed two policemen with a knife during a demonstration in Bonn last May. He was sentenced to six years in prison.

Freier said the number of Salafists in North Rhine-Westphalia has doubled within a year to 1,000 men. Among them are some 100 who are prepared to commit acts of violence. These "jihadists," Freier added, attracted attention last year for their increasing ability to travel abroad. Many allegedly took trips to North Africa or the Middle East before returning to Germany. "We consider this return to be particularly dangerous," he said.

An internal paper produced by Germany's Federal Criminal Police Office (BKA) states that German security authorities believe there are about 900 people with "Islamist-terrorist potential" in the country. Additionally, 250 of these men are said to have completed paramilitary training abroad. The paper concludes that from those ranks could emerge "individuals or small groups ... who could see themselves as obliged to commit religiously motivated, violent acts of revenge -- even when not given a mission by a terrorist organization." 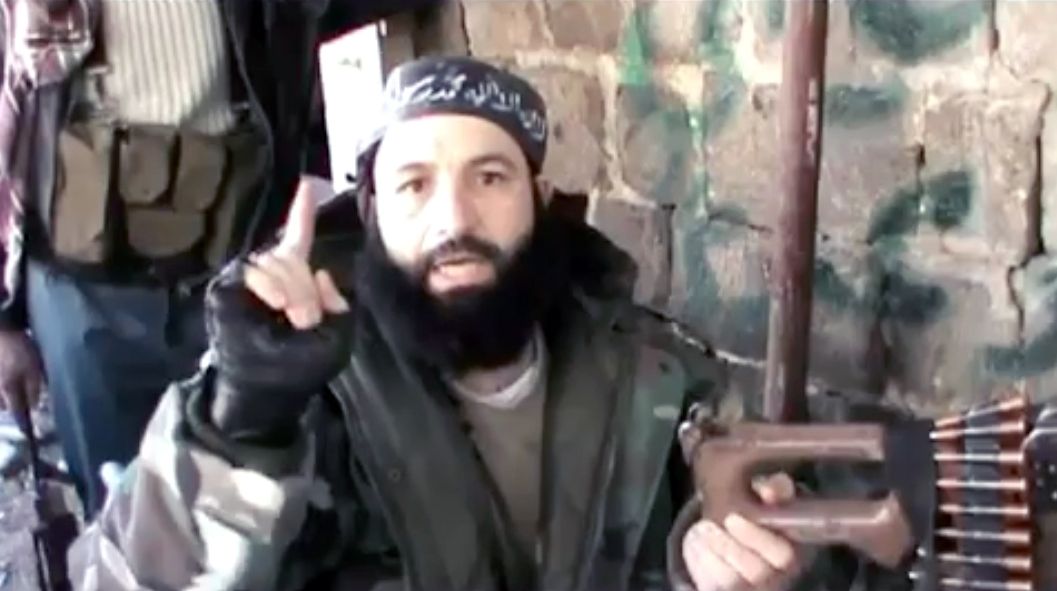 Hajan M. appears in what is believed to be the first German-language video from the Syrian war zone.