None of Brazil's hotels were satisfactory, so Germany's national football team is having its own facility built for the 2014 World Cup, German tabloid Bild reported on Friday.

The team's beachside "resort" will be located in the sleepy village of Santo André in the state of Bahia, population just around 1,000, the paper wrote. It's the first time in history that the German team has built its own World Cup facility from scratch, it added.

Coach Joachim "Jogi" Löw, his players and the team's staff will spend the tournament living in 13 houses, with a soccer playing field and press center about a kilometer away. An airfield just 15 kilometers off will facilitate travel to the match sites.

Bild reports that the construction site entrance already bears the colors of the German flag -- black, red and gold.

The location of "Camp Bahia" is "very remote," Bild added. Some 30 kilometers away from the Porto Seguro resort area, most travelers get there via an old ferry across the Joao de Tiba River.

"Bearing in mind the size of the country and the considerable distances between each tournament venue, it was important for us to minimize the strain of travelling to and from matches as much as possible," team manager Oliver Bierhoff said in a statement on the German Football Association's website. "Acclimatization and recovery will also play a major role at this World Cup, and our camp offers ideal conditions in these respects."

The 2014 World Cup takes place from June 12 to July 13. Germany kicks off the group stage of the tournament on June 16 against Portugal, followed by matches against Ghana and the United States several days later. 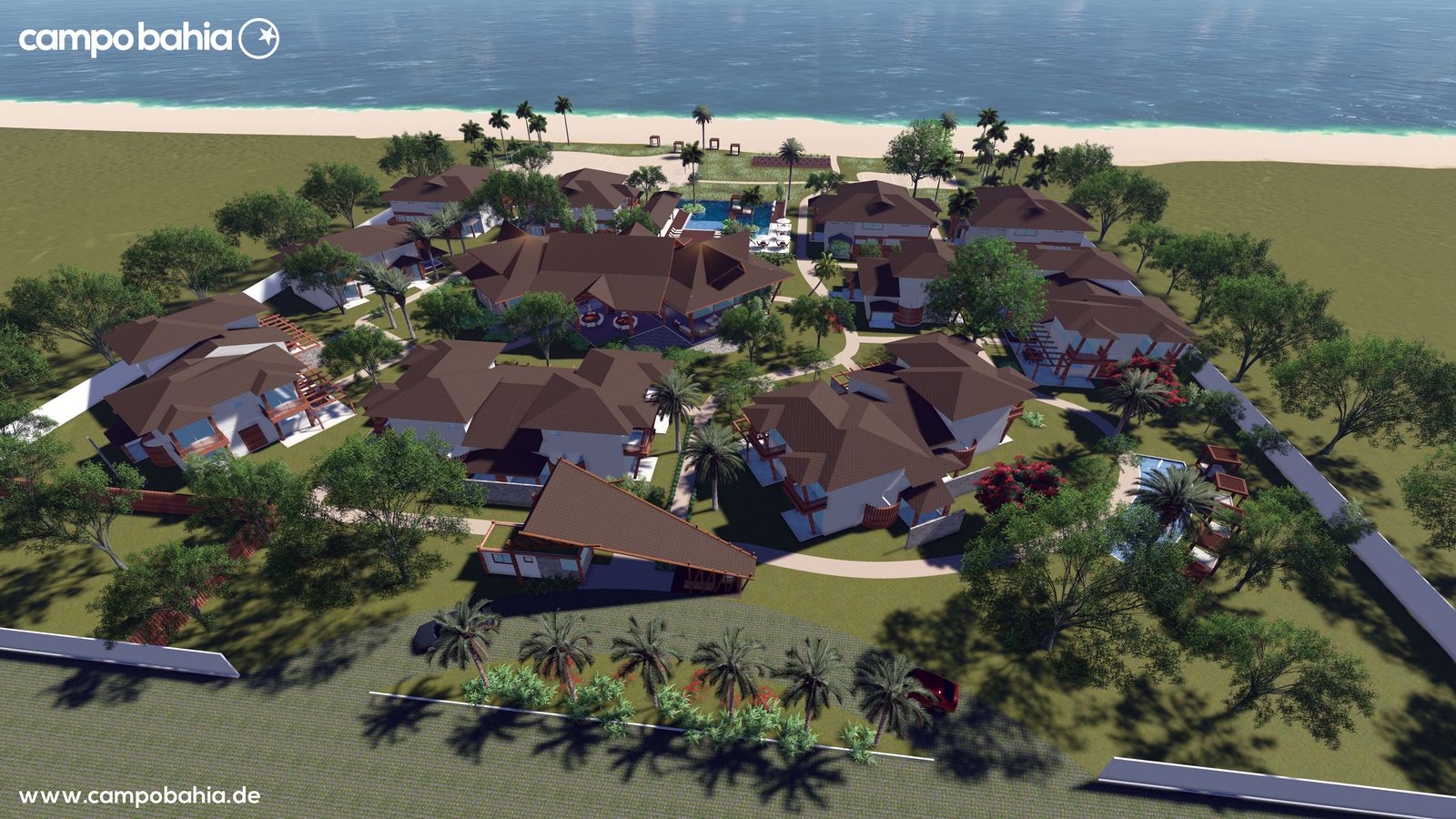 A digital rendering of the luxurious beachside retreat provided by the German Football Association.